It really took off when the '68 arrived. My friends described it as a 'rolling hard-on'. The sound of a 427 hi-compression engine with hi-octane leaded gas lingers to this day. I see them occasionally at corvette rides to this day.

The interest waned in the '80s but came back in full bloom when the first ZR-1 arrived. it slipped a bit when the all-aluminum engine proved to be a bit cranky...LOL.

Fast forward to this year. I follow the reviews, videos and contests on an almost daily basis. The reviews are, one for one, raving about this car. GM/Chevy can be proud of the effort they put into this 'civilized monster'.

Yes, the top of the line GT-R beat it. Yet, that was four wheel drive Vs. two wheel drive and an automatic against a manual transmission.

The automatic-8 speed and unbelievably fast shifting- is just about to come out with the exception of a few early releases. (Heat issues?)
I suspect the times will be about the same when it is automatic Vs. automatic.

I highly doubt there would even be a 'Viper' or the upgrades to the Mustang and the new 2016 Ford that's been announced, if not for the success and sales numbers-setting the bar- of the Corvette.

It has extended the 2 wheel-drive era and may be the last time we see this configuration.

Guess who works at a Chevrolet Dealership

The 'Vette is an amazing vehicle. I tried to get one for a demo, but ahhhhh NO !!! lol.

I'm sitting about 50ft from a very nice Vette at this moment, no a Z06, but still a very nice car.

A lot of sports car topics.

I guess this means that oil prices are about to go back up.

It's a beautiful car and I'm sure you will thoroughly enjoy it.

I think my favorite body style is the stingray, notably the 1973. Of course I'm sure performance wise the one you're looking at will be incredible. 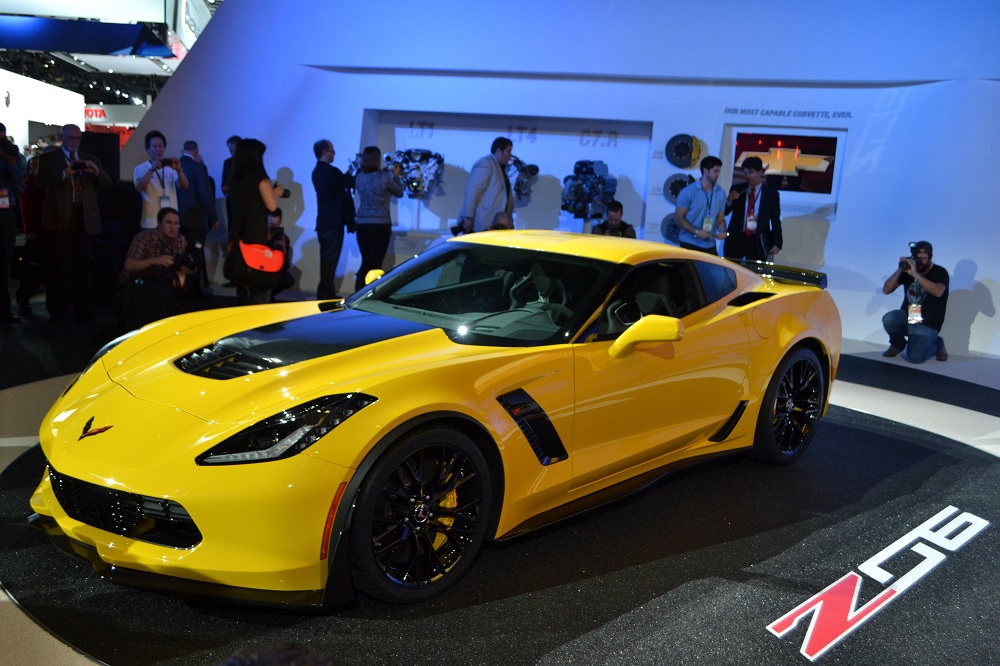 Man she is sexy as hell

I absolutely LOVE the design on the newer Vette's with the back windshield. If I ever have enough money to buy one I would be in car heaven, wowza.

We had one exactly like that, sold it to another dealer a couple of weeks ago.

I walked by it every day, mouth watering.... thinking, hmmmm what if... just what if...

Man what are you ? A saint or something ?

How the hell did you resist taking it *ahem* out, jeez I mean OK you're a super mod and all that, but surely even you have a limit. Super human effort on your part, oh I forgot you're not human you're a mod

The new Vettes are fricking awesome. They look too cool. I would buy one if I could afford it.

Trueman if you need to ask you can't afford it LOL

Personally, I think it'd be criminal to get such an incredible piece of machinery and getting the Automatic Transmission, I mean c'mon. I want more control and more feel. VERY cool vehicle, plus it's a coupe so KIDS ARE STAYIN HOME! BAHAHA

originally posted by: Trueman
Why nobody posted the price?

It's on my bucket list. I do not and short of a lotto win, will not be buying one.

Love from afar. Not unlike your favorite flame actress of one's youth.....

Not only that. Just like the Viper, et al, there is no financing permitted. Cash on the dash. If one doesn't have the cash, one can go to the bank and get a loan, then present cash. No in-house financing,,,,,

The automatic is eight speed, designed in-house-GM- and shifts faster than any dual clutch version. Apparently, it's also faster on the track as it shifts into the right gear, not just up one or down one, depending on the track circumstance. In touring mode, it shifts like a normal sedan, in track mode, like a rape ape.

In my case, after 3 million+ miles shifting 18 speeds and the like an automatic of this caliber would be my choice. I do understand your view of it, though..

That keeps the exclusivity pretty tight trucker, well out of my price range $80,000 is half the price of my apartment , I drive a V6 twin turbo Mitsubishi GTO. Pretty rapid but no where near as sexy.

For fun I ride a Triumph Rocket 3,

They are both rare in England so they turn heads, but that Corvette is even sexier than my favourite avatar on ATS, (and the wife) *ducks*

Also, automatic may be faster but the stick is more fun.

posted on Feb, 19 2015 @ 02:30 PM
link
I have a 1980 L82 with the 350 4bolt and rebuilt with roller rocker/lifters and dual flow masters with a 3speed auto. It has ground effects, hood scoop and a spoiler on the deck. It has the old school black painted aluminum painted blade shade for the back glass and craiger rims with 1" spacers behind em. I got this car in 2005. The paint is starting to lose the clear coat and the interior is getting orange. It was red on red. I still take it out every now and again, but the tires are starting to show some rot. Man if one of them things uncapped. 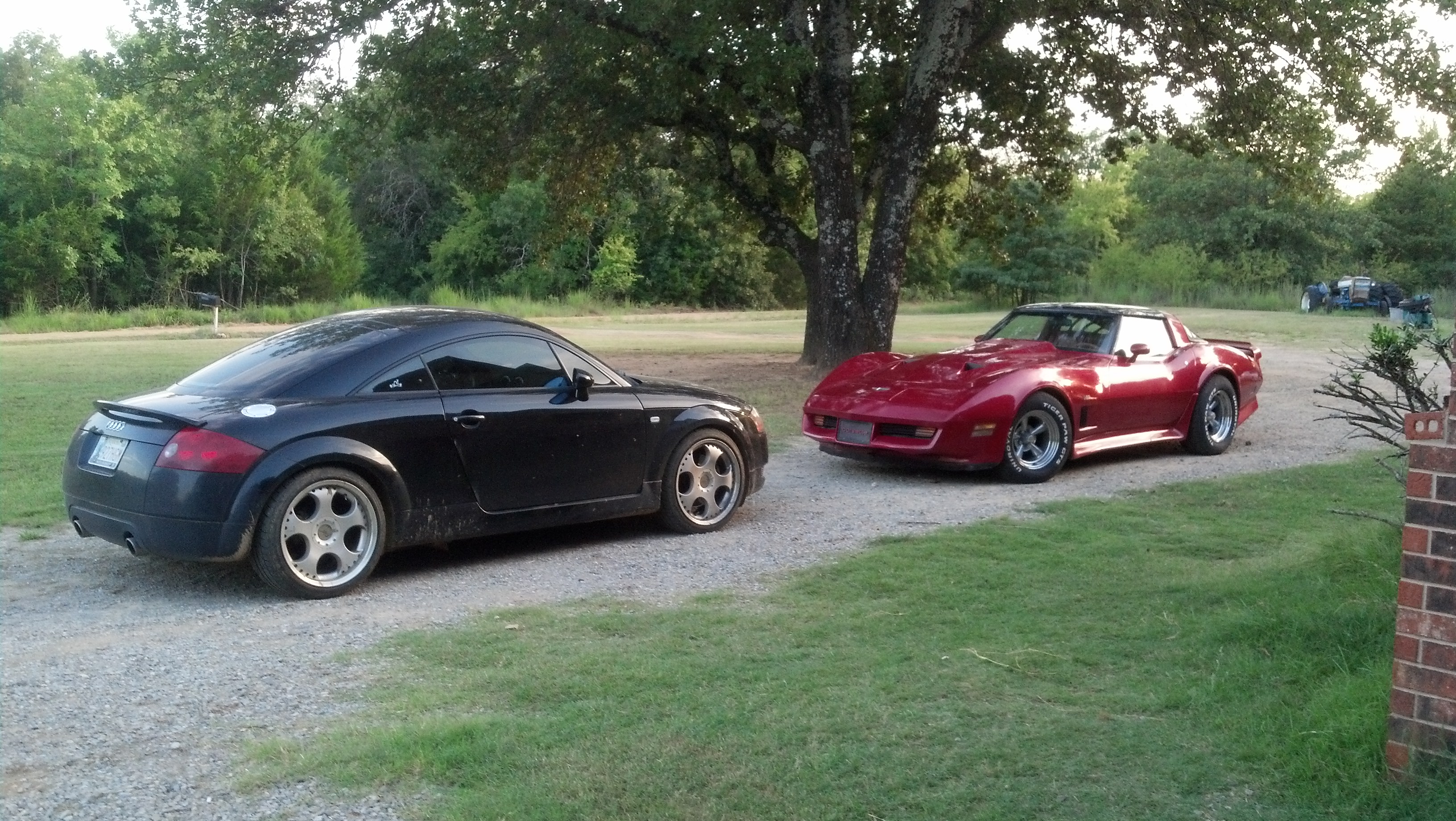 Wife's little TT Quattro gives it a run after I smoke her off the line. 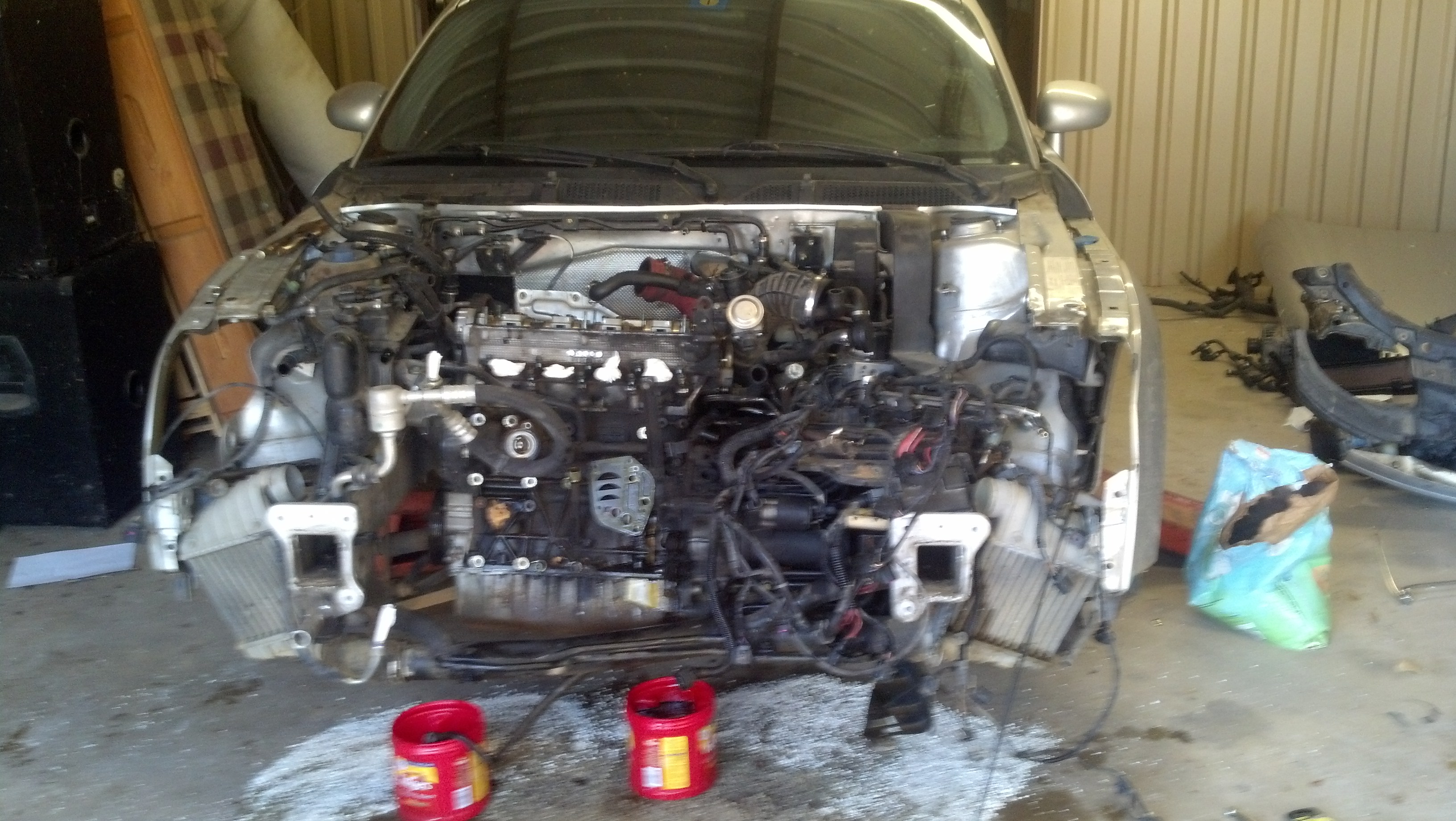