Just wanted to know what ATSers think about this strange so called area 51 item for sale.

Description from Craigslist
"I've contacted so many people/organizations looking for pics of these cases when they were made or put aboard the USS Indianapolis that would definitely tie them to what my research has told me...also I've looked for anyone who had anything to do with their manufacture or shipment. They must have been so secret that no pics were allowed and literally no one knew. As it stands perhaps these trunks are the only existing tangible artifacts left from the Manhattan Project and AREA 51 that are clearly marked...note the Bz 51 in the pic. I need to make a clarification on the price...it should be $60,000,000.. You are viewing 'THE ONE and ONLY' most important Military AREA 51 Artifact/Collectible of our Age. The US was forced to bring a brutal Imperial power to it's knees by using 'Little Boy' to shorten our involvement in the western theatre.
My research tells me these cases were built and originated from AREA 51 and held the Detonators/Weapons Fuzing Assembles(Cartridges) for the Hiroshima Bomb 'Little Boy'...an L-II device and are the last tangible vestiges of the Manhattan Project. The cases are marked with a designation E-38 and E-48...E for Elsie/Little(as seen in the pics). Both bombs(including Nagasaki) used a ABNER detonator.
AREA 51 and Los Alamos was the the original place of manufacture . Both the U-235 and the bomb parts were sent to Hunters Point Naval Base, picked up by the Heavy Crusier Indianapolis, put into a Detonators Locker, and transported to the B-29 AFB at Tinian Island within striking distance of Japan. In case of a sinking the cases have a rubber seal to make them watertight. While on board the parts/detonators were inspected and readied to be off loaded upon arrival. The Detonators were marked as such...('inspected and accepted'...seen in the pics )...(note the markings Bz w/a 51)...then put in place. I've recently learned of a U.S. Air Force 'Project Bronx'. There were 2 C-54's fom Kirkland AFB that took parts of the Bomb to Tinian. There is a chance that these Trunks/Cases were transported by these planes. Until I learn differently I am forced to leave the door open. Little Boy and Fat Man were both assembled in a building on Tinian. Fat Man was ready to go but Little Boy remained unarmed.
This historical significance is HUGE! The detonators HAD to work. During the research phase Oppenheimer chose Seth Neddermeyer to head the detonator construction team. Then in a monumental reversal replaced him with George Kistiakowsky who he felt was better suited for the job. Cordite (black powder) was chosen for the 'Gun'...the assembly fisson trigger was located inside a cylinder containing a mixture of tritium and liquid deuterium. The cordite explosive fired a bullet of U-235 into a mass of 145 lbs of U-235 then causing a chain reaction and a nuclear explosion.
Only Truman, Winston Churchill and three other people knew of this event. I believe that the crew of the Enola Gay may have had a clue but only Capt.Charles McVay of the Indianapolis ( who was briefed by Deke Parsons ) had an idea what was about to happen. Due to the high risk for explosion of a fully armed Little Boy and the propensity of the B-29 to crash on takeoff it is 'mind boggling' that a Nuclear Flight Engineer in the person of Captain William S 'Deke' Parsons would actually arm the device on the way to target. At high altitude and in the bomb bay he loaded Cordite into the detonator. It was set to go off @1800+ feet.
There was no 'backup'...'plan B'...'2ond chance'. If the detonators didn't work the Japanese got a pile of radioactive junk. We faced losing 1M Soldiers to end the War. The cruelty of the Japanese forced labor camps as well as the rapes of the women on various islands by the Japanese Army would have gone unabated. The Battan Death March would have become the benchmark for Japanese Imperialism.
There was $300,000,000. (1945 money ) worth of U-235 in Little Boy...in terms of our fighting Women and Men...worth every penny. Developmental costs of the whole Manhattan Project put the whole figure higher. Compromise and Mitigation of our will to win was not an acceptable alternative. Our homeland was being menaced by 1000s of balloon bombs released in Japan...riding the prevailing air currents to the Western US...ready to explode...causing terror and fires. The graveness of World War II was a constant stark realty. We grew tried of fighting.
So History is told...how my Father: WW2 Bronze Star Decorated USAF Colonel William Leroy Parker...'38 Auburn University Graduate and ROTC commissioned Officer saved these cases from salvage/war surplus. He probably paid for them so we could use them for College. He was called back to serve in Personnel for MATS at Kelly AFB during the Korean War. He was a Graduate of the Air War College...Maxwell AFB, Montgomery,AL. He decided to pass up his promotion to Brigadier General and come home to Birmingham, Al. to raise a family. He knew the Cold War was coming. He had done his part in WW II and Korea. These AREA 51 Detonator Cases showed up at our house. Now I can tell their story and our story.
With these Artifacts rode the Prayers and Hopes of a Nation...the inventive genius of our Manhattan Scientists and Employees...the fighting Spirit of our Marines, Navy, Air Force, and Army. May God Bless America!

posted on Feb, 19 2015 @ 12:41 AM
link
I wonder why they have 'Alabama' stamped on them. My best guess is that these are actually someone's military trunks that were used to ship their belongings.

ETA: the sellers name is Lee Parker, and that's whats stencilled on the front, along with his address. I bet this guy was in the military himself, and these are his trunks.
edit on 19-2-2015 by Atsbhct because: (no reason given)

I was hoping it was gonna be something more juicy to be honest... 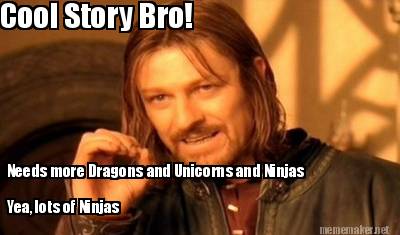 they are not saying they held the bomb, they are saying that the fuse / detonator for the bomb was in the containers.

from the link in the OP,

My research tells me these cases were built and originated from AREA 51 and held the Detonators/Weapons Fuzing Assembles(Cartridges) for the Hiroshima Bomb 'Little Boy'...an L-II device and are the last tangible vestiges of the Manhattan Project. The cases are marked with a designation E-38 and E-48...E for Elsie/Little(as seen in the pics). Both bombs(including Nagasaki) used a ABNER detonator.

all bombs have a fuse / detonator.

that said, i do wonder if they are the cases. i can't see the Army letting any thing pertaining to the nuclear weapons slip through the cracks back then.

originally posted by: djz3ro
Nice job summing up your link and giving your opinion!

I was hoping it was gonna be something more juicy to be honest...

Sorry. I've been at the bar celebrating and I'm in no state to be summing up or giving an opinion. I wanted to post this before it was deleted.

I would like some form of proof before I parted with that much money. A lot of proof in fact.

It just looks like a box and it does not look like it was made more than six decades ago.

Nor does it make sense to have a ships name on them, I would also be expecting some writing on it like "Top Secret, open this box and you will die!" or words to that effect.

If it's the real deal then the clock has already begun ticking for this guy.

Quite often its better to move stuff around without it having "top secret" etc written all over it as it draws less attention, During WW2 when they were building the code breaking here in the UK they used standard post office parts as the basis as any German spies would just see it as another load of phone parts for an exchange

So for me actually using some non descript boxes would probably be better should lets say the transport vehicles pull in for fuel all anyone curious will see is just a few boxes of no importance and even the drivers/guards may not know what it is they're transporting.

you are corect, the manhatten project was conducted in many different places. Area 51 was was not one of them, not even in the same state. main research was done in Los Alamos, and the trinity test done on the army's bombing range on Alamogordo Army Airfield, which became White Sands, then Holloman Air Force Base. all in New Mexico, Area 51 is in Nevada. 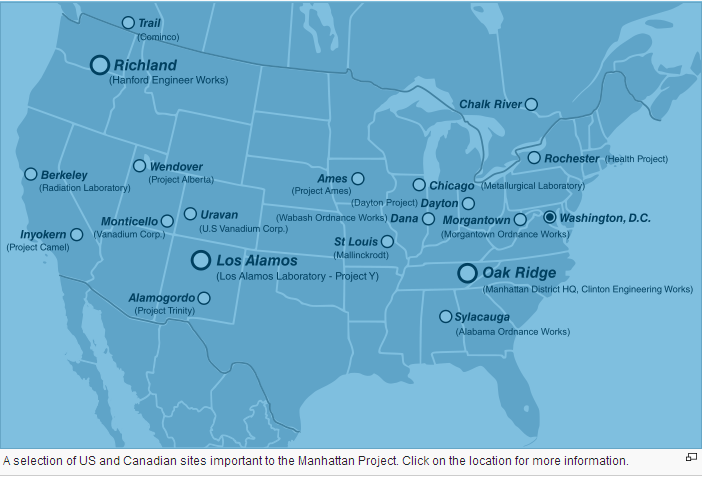 No worries dude, hope it was a good night.

I looked at the ad on my phone, half asleep and took it to be just a box, oops...

originally posted by: Xtrozero
What does area 51 have anything to do with the Manhattan Project ? I don't think area 51 was area 51 until 10 years are the bombs dropped...lol


How dare you try to discredit these obviously invaluable alien artifacts.

Most transit cases these days are a really tough plastic. In between the two eras there were metal transit cases.

If you are the type that checks out surplus shops, often the transit case is the more valuable than what it carried.

I've got a tow missile transit case just like the one used in the movie "Syriana." Now when you buy a transit case on line, they just slap an address on it and give it to UPS. So I come home to see a tow missile case on my porch. Fortunately pre-9/11.

originally posted by: RammerJammer
Just wanted to know what ATSers think about this strange so called area 51 item for sale.

Area 51 was not around then, and that area had nothing to do with the Manhattan Project.

Cordite is NOT black powder

During the research phase Oppenheimer chose Seth Neddermeyer to head the detonator construction team. Then in a monumental reversal replaced him with George Kistiakowsky who he felt was better suited for the job.

Not really, Seth was working on cylindrical implosions and not really getting anywhere, whilst Kistiakowsky brought with him to Los Alamos a detailed knowledge of all the studies into shaped charges, of explosives like Composition B, and of the procedures used at the ERL in 1942 and 1943.

Only Truman, Winston Churchill and three other people knew of this event.

More nonsense, there were hundreds that knew of it.