This breaking news story is being updated and more details will be published shortly. Please refresh the page for the fullest version.

I wonder how they knew it was imminent, but I'm glad the mass shooting didn't happen. The world has seen enough of those already.

Another source " Nova Scotia police say they've stopped a plot to kill a large number of people in Halifax on Saturday.

Police said they have three suspects involved in the alleged plot in custody, and another was found dead in a home in Timberlea, N.S.

He said a man and woman planned to go to a public venue in the Halifax region on Feb. 14 "with a goal of opening fire to kill citizens, and then themselves."

Brennan said a tip was received Thursday morning that a 19-year-old man from Timberlea and a 23-year-old woman from Geneva, Ill., had access to firearms and presented a significant weapons-related threat. " www.cbc.ca...

Canadian police say they have foiled a plot to carry out a mass shooting in the Halifax area on Saturday.

Three suspects were arrested and a fourth was found dead in a suburb of the eastern city.

At least two suspects had intended "to go to a public venue... with a goal of opening fire to kill citizens, and then themselves", police said.

Police officials said the motive did not appear to be terrorism, without providing further details.

posted on Feb, 13 2015 @ 08:29 PM
link
The woman arrested at the airport was from Geneva, Illinois; thus a possible US connection.

I suspect this is the work of a bunch of death-worshiping goth satanists. Watch for the FBI to take over the US side of the investigation shortly.
edit on 13-2-2015 by starviego because: (no reason given)

posted on Feb, 13 2015 @ 09:07 PM
link
I'm in Halifax at the moment, and I would say this is legit. Boy meets girl online, they both decide they hate everyone and life sucks, form a plot to have a Valentine's Day massacre and go out with a bang. Believable to me. The word is that the RCMP was tipped off by family members and they proceeded to intercept some kind of messages between the two talking about their plan.

I bet you this is US style FBI style threat

originally posted by: stirling
These could be nutters but it stinks of black ops..............
It seems the FBI has already been implicated in other false flag events domestically....
Why not the RCMP..............

Not everything is a conspiracy. Some people just want to watch the world burn..

The RCMP are actually quite effective in certain areas, much less effective in some. Keeping large events like this at bay, is one of their strong suits. I don't see anything in the story at all, that would lead me to believe that that there is some kind of 'black operation' going on here.

posted on Feb, 14 2015 @ 08:26 AM
link
Neither do I see any black ops thing here. It's looking pretty straight forward like some chat room people-haters decided to get their moment of fame by going out with a bang, so to speak. According to an AP report late last night, the girl confessed. They wanted to shoot up a mall and do some carnage there. Luckily the plot was foiled. It will be interesting to see what weapons were found.

I think it's a one off kind of crazy thing too . Interesting that RC's were on top of it as quickly as they were in one sense . I am just assuming the two were making statements over the net that caught someones eye and they reported it .I don't think the new powers that is coming down the pipe has anything to do with this and it was just good luck in so many ways .

Yeah as far as I can tell from the story, the police were tipped off by somebody through social media I think.

I'm guessing here that perhaps someone in the chatroom told the police, or some relatives of these troubled people. They did specifically say it was a tip from the public that set off the investigation. And that leads me to wonder why all our internet spying organizations didn't pick it right up and filter it out... or did they?

originally posted by: aboutface
a reply to: tothetenthpower

I'm guessing here that perhaps someone in the chatroom told the police, or some relatives of these troubled people. They did specifically say it was a tip from the public that set off the investigation. And that leads me to wonder why all our internet spying organizations didn't pick it right up and filter it out... or did they?

It makes you wonder doesn't it? All that spying and come to find out, good old fashioned word of mouth from someone in the know is what it took to get the possible murderers noticed. I have no faith in all the data mining going on. It's just a way to waste tax payer dollars, harass, scare and control the public.

Hiya back at you

Ums, the story just says a tip, but nothing confirmed as of yet as to if it was somebody close, or just some random online who saw something.

Either way, good on them. We had that RCMP shooting in Moncton last year and that really shook this place up. I can't imagine what a mass casualty shooting in Halifax, on V day of all days would do.

To most who lived through and watched the goings-on in the Moncton rampage, that was terrifying. To me, the notion of a killing rampage inside a mall on a Saturday is also quite terror-inducing.

So why would the RCMP take the trouble to specifically point out that this is not terror-related then? I found that part of their press release so strange. Is there a definition of terror that they have and I don't? Do you think that maybe that message is to convey support to Harper that they need more citizen surveillance laws because maybe the laws we have now cannot legally monitor and act on some online info they get?

Don't mind me. I'm just thinking out loud and trying to figure it out. 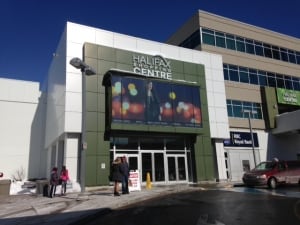 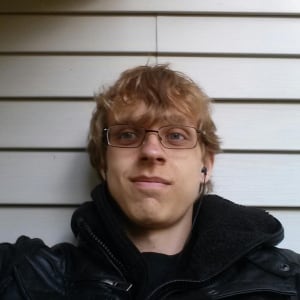 --The dead 19 year old from Timberlea not IDed.

--17-year-old suspect from Cole Harbour, N.S., has been released without charges. The local suspects were part of Halifax's small heavy metal scene. The tip that brought down the plot came out of Illinois, however. It appears the suspects had a lot of similarities with Columbine's Trenchcoat Mafia.

thechronicleherald.ca...
James Gamble’s Facebook profile shows a typical teen, interested in music including AC/DC, The Beatles, Rammstein and KMFDM. ,,,
... his Tumblr blog shows a different story — photos of Gamble with a gun, photos of Nazis marching, footage and photos from the Columbine shooting, and a quote attributed to one of the Columbine shooters: “This is a weird time, weird life, weird existence.”
A friend of Gamble’s: “He was really kind of into the Columbine tag on Tumblr,

Also note the pentagram pendant on Gamble(figure on the right).


www.chicagotribune.com...
"Lindsay was a little strange. I think at one point she went kind of gothic on us for a while. She liked to dress in black, the whole gothic style."

First images of the girl:

From her high school yearbook: From the tumblr account of one of the plotters: