This woman going by the online “CADministry” CAD standing for Christians Against Dinosaurs, has been banned from the popular UK parent web forum Mumsnet for high jacking conversations about the effects this 'dino lie' has on our children.

She claims that the science behind dinosaurs is flimsy at best and that dinosaurs were CREATED by "curio-hungry Victorians" wtf?

“A fossil is not actually a piece of bone,” she says. “It’s actually a bone that was once in the ground that has been filled with limestone, calcium, and other stone-like deposits, so at the end of the day, it’s a rock made out of rocks.” “So,” she continues, “you have a rock that’s [six-inches long], and you hand it to a paleontologist, who chips away at it until you have something looking like a bone — and that is a fossil.”

In the article it goes on to say that she disowned her sister for giving her children dinosaurs as a present and proceeded to burn them while her children watched in delight.

If your into funny YT comments they had some good ones for this video.


I'd like to quote the great Forrest Gump, "Stupid is as stupid does."


This topic has been promoted on our ATS Twitter Feed with the following image:

Interesting how those rocks take on the shape of heads, teeth, backbones, tails, and the other affiliated pieces of old-time dinosaurs, quite the coincidence - and even more of a coincidence that people keep finding them.

She was prettier before I heard her talk.
Maybe I am just slow, but this: 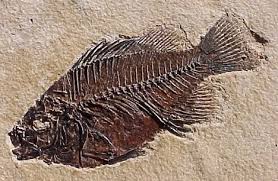 looks an awful lot like a fossilized fish.
I think she may be got those rocks from her head.

That was mean, but I couldn't help but have a bit of fun at her expense.

We are supposed to believe some air head with a 6th grade education, over people with a doctorate... and or a degree in paleontology/archaeology


“you have a rock that’s [six-inches long], and you hand it to a paleontologist, who chips away at it until you have something looking like a bone — and that is a fossil.”

originally posted by: network dude
a reply to: cavedweller88

She was prettier before I heard her talk.
Maybe I am just slow, but this:

looks an awful lot like a fossilized fish.
I think she may be got those rocks from her head.

It's a weather balloon.

(Or Venus, which doesn't actually exist)


I really feel sorry for her kids.

Sure that's not prehistoric swamp gas arranged in a pleasing manner?

posted on Feb, 13 2015 @ 02:46 PM
link
I don't know how someone can be so ignorant. There are fossilized and permineralized bones all over the place, if you just open your eyes. Most of the bones have been ground into shapes by the glacier around here and you can't easily see what they are till you cut them and examine the matrix of them. I know that there were big animals around before, I have seen bones sticking out of rock already, bone that looks like bones with ends on them. But now they are rocks.

So why would someone dispute there being big creatures long ago. The bible just tries to address questions had before about how our planet was formed, it doesn't have to be perfect. They didn't have the equipment back then to test all the stuff that we do now. I thought it did a pretty good job of explaining things for the resources they had at the time.

The bible does not go against science and science should not pick on the bible. They have different purposes.

originally posted by: theantediluvian
Has she considered running for governor of Alaska yet?

no cause that means that she would have to accept the fact that there are other countries besides the US because she could see Russia from her back porch.

wait, got off topic. sorry.

Silly people in the worlds these days, Fossils are just what the paleontologists make them to be, just like she said (sarcasam)

posted on Feb, 13 2015 @ 02:59 PM
link
I thought it was quite wonderful although I had it on mute and just watched her jiggle so that helped. Just watch it again with the sound off and see if it's more entertaining.

Sorry, but using the youtube button when I post never works for me.
edit on 13-2-2015 by Junkheap because: (no reason given)

If she burned a "Barney the Dinosaur" then I can understand her children's delight.

originally posted by: chr0naut
a reply to: cavedweller88

If she burned a "Barney the Dinosaur" then I can understand her children's delight.

Thanks for that, now I'm going to have the Barney "I love you" song stuck in my head all day!


Trolling folks in a bar