How to Fake an Alien Invasion

posted on Feb, 9 2015 @ 05:51 AM
link
The video is from the Corbett Report.. The first 23 minutes is laying the ground work for the rest of the video. A little after 32.5 minutes is when project Blue Beam is first mentioned. Orson Wells, Rockefellers, Clintons and many more players are shown in the back ground for the first 24 minutes showing how full disclosure is actually some kind of agenda... I think the first time I ever heard of Project Blue Beam was right here at ATS but I am not really into researching this kind of stuff... At 37 minutes the video goes into its' MKULTRA mind control mode with some back ground about making people hear and think all sorts of stuff.. Touchable holograms at about 44 minutes into the video was neat... According to James Corbett the video is speculative but as he indicates there are those who believe it would take something like a Blue Beam MKULTRA /Alien Invasion thingy to unite the world and do away with our tribal warfare and unite against a common foe. Nothing earth shatter but there are those who might be interested in watching..

We all know about the crude pie-plate-on-string UFO hoaxes that have been perpetrated in the past. But what if I were to tell you the greatest UFO hoax of all time is being prepared right now, and it has Rockefeller backing and UN/Vatican/presidential support? Join us this week as we peek under the bluebeam curtain at the great alien invasion false flag.

The War of the Worlds.

It panicked a large chunk of the US.

originally posted by: pheonix358
I


You would today though. If it's not on video, it is not interesting.

Also, you would want to hash-tag the fake alien invasion #cutebabies or #funnycats to ensure success.

posted on Feb, 9 2015 @ 06:23 AM
link
I seldom read the UFO threads but found a interesting interview between Art Bell and Micheal Heiser . Heiser brings up the MJ-12 documents that I hadn't heard of . It would seem from what was discovered is that they faked the documents ,and I was left with the big WHY ... I seen Corbett's post and hadn't got around to watching it yet but wanted to post this link to the interview before having a look ..peace

posted on Feb, 9 2015 @ 06:27 AM
link
Remember how Wernher von Braun allegedly said there would be a fake alien threat to legitimise the weaponisation of space?


And then there are globalist books about fake alien invasions. The Stars Are Too High by Agnew Bahnson has German scientists inventing a flying saucer to scare the world into uniting. Then there's The Flying Saucer by Bernard Newman, has a fake alien crash unite the governments of the world. Let's not forget The Watchmen, by noted Crowley-fan Alan Moore, which has a genetically engineered "alien" invasion kill millions of people, to unite the Soviets and Americans under one world government: 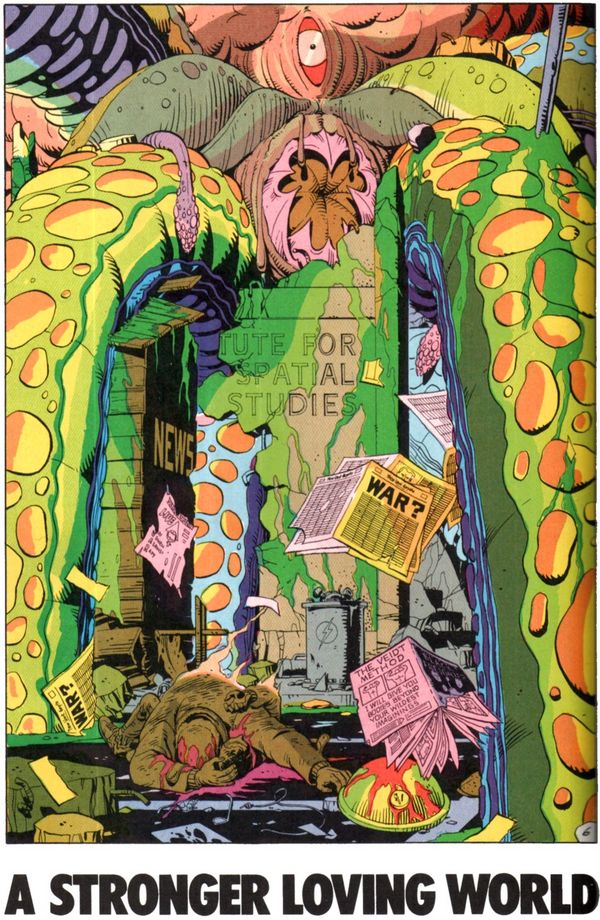 By the way, any guesses as to why the movie version changed the ending to Dr Manhattan rather than fake aliens as the cause? And why did Ozymandias have the eye-in-pyramid removed from his costume in the movie version? 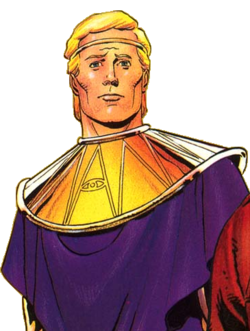 Notice how BBC, Fox, CNN, the media most often called shills on this site, are constantly promoting aliens and having specials and interviews about the subject.

And while we're on the subject, isnt it interesting how globalists like Rockefeller promoted belief in aliens?

Yes I have heard the faked MJ-12 theory to. As a side note though I have also heard or read (?) that the original docs were real but as they gained traction there were many faked copies released by some nefarious group.. hahaha it never ends does it !

Unless some mad scientist who invents ufos and alien like minions to fake an invasion by sending them out to kidnap people i can only imagine such faking of an invasion as mediocure and sup-par at best.

posted on Feb, 9 2015 @ 07:34 AM
link
im a visionary and i guess my interpritation of faking an alien invasion is a little more realistic and extreme lol. At least to me it's realistic. Or trying to be. When and if something like that happens it will be quick and brutal and not the long drawn out battle many people think it would be

I called it sub-par because to me a full on faking of an invasion well. Like my mad doctor example would be physically creating a scenario that would mimic an invasion.

Anything less than that is sub-par lol. Par being what i described as the defining line that would convince humanity of a fake invasion.

How about the flip side: How to deny an alien invasion when it happens?
Oh, that's right, 'already been done and on-going!

posted on Feb, 9 2015 @ 09:16 AM
link
a reply to: AnuTyr
If you'd actually watched the video, they go into the invention of physical holograms, aerial projectors, directed brain-wave altering ultrasound, etc. Then combine that with the fact that the Air Force has advanced top secret aircraft, and MKULTRA style hypnosis has proven to cause UFO sightings in suggestible people:


I dont think there's any question they could pull it off. Unfortunately, "seeing is believing"

originally posted by: pheonix358
It has already been done.

The War of the Worlds.

It panicked a large chunk of the US.

The Myth of the War of the Worlds Panic

The extent to which people were panicked by the 1938 "War of the Worlds" radio drama is highly debatable. It seems to be a myth that a "large chunk" of the population was panicked. People who have actually researched what happened that night (rather than simply repeating the anecdotal story that "many people were panicked") say that there was very little panic at all.

...the new documentary, part of PBS’s American Experience series, reinforces the notion that naïve Americans were terrorized by their radios back in 1938. So did this weekend’s episode of NPR’s Radiolab, which opened with the assertion that on Oct. 30, 1938, “The United States experienced a kind of mass hysteria that we’ve never seen before.”

There’s only one problem: The supposed panic was so tiny as to be practically immeasurable on the night of the broadcast. Despite repeated assertions to the contrary in the PBS and NPR programs, almost nobody was fooled by Welles’ broadcast.

How did the story of panicked listeners begin? Blame America’s newspapers. Radio had siphoned off advertising revenue from print during the Depression, badly damaging the newspaper industry. So the papers seized the opportunity presented by Welles’ program to discredit radio as a source of news....

So it wasn't the radio broadcast (which was not listened to by that many people) that caused panic, or even bred the story of that panic, because it seems there was very little panic at all. It was the newspapers who incorrectly reported this panic, and a myth was born.

And as the years passed, the myth of the panic grew even larger, as what often happens when an urban legend gets repeated over the years:


From these initial newspaper items on Oct. 31, 1938, the apocryphal apocalypse only grew in the retelling. A curious (but predictable) phenomenon occurred: As the show receded in time and became more infamous, more and more people claimed to have heard it. As weeks, months, and years passed, the audience’s size swelled to such an extent that you might actually believe most of America was tuned to CBS that night. But that was hardly the case.

Here is another source citing the much of the story of "widespread panic" as being mostly falsely reported after the fact, although they did note that there was some panic:

Voice of Reason: 'War of the Worlds' Truths and Myths


Some researchers now doubt the estimate of nearly one million hysterical listeners. And early reports of deaths from stampedes, traffic deaths, and suicides were false. Nevertheless, many were clearly frightened.

posted on Feb, 15 2015 @ 08:53 PM
link
Hologram Mother Ships hovering over Manhattan and other major cities around the world.
All the MSM playing the same script.
Some special effects on live tv.
Maybe some neutron bombs are dropped on a few places to emulate some kind of alien attack.
The "scientists" that are on the MSM have found a way to make contact and they assure us that if we follow orders we will be spared.

Within hours we know exactly how they zapped us, who they are, what they look like and what they want.

Yeah, I can see that happening one Tuesday morning just like I saw it on 9/11.

Lets go get em! Let's unite the World into one powerful army and one nation so we can "prepare" ourselves for this unknown threat.

Hands across the world, with shotguns.