Rice: US not facing 'existential' threats

Somebody needs to pick this apart please.


Rice: US not facing 'existential' threats

Rice, the White House's national security adviser, said in a speech at the Brookings Institution that the nation is “stronger than we have been in a very long time” despite the bitter debates raging in Washington.

“Too often, what's missing here in Washington is a sense of perspective. Yes, there is a lot going on. Still, while the dangers we face may be more numerous and varied, they are not of the existential nature we confronted during World War II or during the Cold War,” Rice said.

Perhaps the under-statement of the decade !!!

posted on Feb, 6 2015 @ 06:07 PM
link
If ISIS would make good on their threat to behead Obama I bet there would be all sorts of new perspectives rolling around.

lol
I guess it is all a matter of perspective.

posted on Feb, 6 2015 @ 06:13 PM
link
There is no existential threat to Obama's golf schedule.
He just sends out one of his talking head traitor advisors to provide filler and if they screw up too badly, there is always a place under the bus for them with another traitor/terror sympathizer on the payroll to fill in the void.

An FBI report shows that only a small percentage of terrorist attacks carried out on U.S. soil between 1980 and 2005 were perpetrated by Muslims. 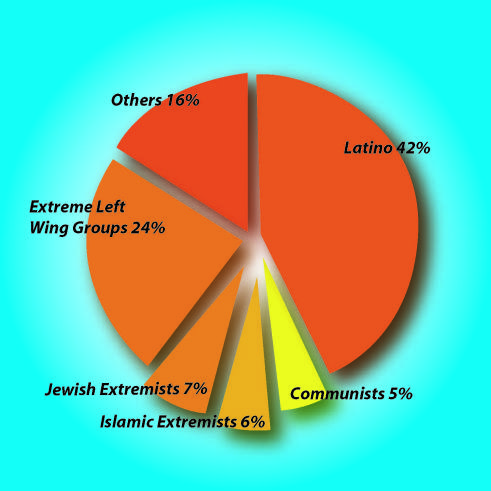 
I'd say we have more to fear from within our own country...

Kicking the can further down the road, as usual. "We have two years left to get it done." Because the previous six hasn't been enough. The last two, though, watch out! We're gonna git'r dun now!

I don't disagree with her on the lack of "existential threat" though. We aren't facing a Nazi Germany situation.

This speech is an example of her lethal incompetence

She's wrong here. The existential threat is people like her!

’She is the national security adviser for Obama. Now we know why he is the worst foreign policy president in History.


We all know here blatant lies and failure in the Benghazi incident but many don’t know this person is responsible along with Bill Clinton for something as worst as the Isil events, that is the genocide in Rwanda

Rice was part of Bill Clinton’s National Security Team that in 1994 refused any involvement whatsoever in the Rwanda genocide, leaving more than 800,000 men, women, and children to be hacked to death by machete in the fastest genocide ever recorded. The Clinton Administration had just been spooked by the Black Hawk down incident in Somalia and wanted no further foreign entanglements. But the lengths to which they went to deny assistance to the Tutsis, with Rice being central to the decision-making process, will forever live in infamy. But not content to insist on American non-involvement, the Clinton administration went a step further by obstructing the efforts of other nations to stop the slaughter. On April 21, 1994, the Canadian UN commandeer in Rwanda, General Romeo Dallaire, declared that he required only 5000 troops to bring the genocide to a rapid halt. In addition, a single bombing run against the RTLM Hutu Power radio transmitting antenna would have made it impossible for the Hutus to coordinate their genocide.

This is documented history.

His strategy if one could call it that is to basically ignore it,down play it, make it someone else's fault, to out right denial.

Terrorists. AQ,ISIS, and every other two bit wanna be is the greatest threat we face.

That ain't no theory that's a FACT.

The threat that comes from radical islamo-fascist's is the greatest threat we,and the west face.

Those same people say climate change is the greatest threat we face.

The patients are running the insane asylum.


I don't disagree with her on the lack of "existential threat" though. We aren't facing a Nazi Germany situation.

I disagree with her, and this.

We are facing the rise of the muslim reich over there. That is what ISIS has been building over there.

Their own little ole nazi germany, and when they get done building it, consolidating their power.

They are moving on to their neighbors.

Iran,Israel, and everyone else who isn't a true 'muslim'.

Hell I think the potus would sign a 'non' aggression pact if he could, only to be rolled right over.

The numerous parallels to world war two are uncanny.

They tried appeasement to Hitler only to get snip slapped.

The west, and the US needs to cow boy the hell up, and GIT R DONE, and play Tonto to Abdullah's Lone Ranger.

But perhaps it's more about the perspective of "quality" vs. the "quantity".

Between Rice and Valerie Jerrit I think we would be better off in the hands of allstate...

The strange thing is the question, what is Obama’s interest?

One thing for sure he wouldn’t have done this chicken Isil thing if he had to run again.

And Susan Rice looks and acts like a zombie


And Obama is Inspector Clouseau

You know what she really meant? Something I see here on ATS so many times:

"Nothing to see here, move along" The fact that things are not near as bad as WWII???????.....Well let's hope to heck not, but until then, we don't really need to be concerned.

His political bull snip is what created ISIS in the first place.

Cut, and ran from Iraq, and left it to blow up in to that snip storm.

His sheer self delusion as if by the wave of his hand, and word. Terrorism would just go away.

Other than just making excuse's for it, and just calling it something else.

This is what hope, and change as wrought the world.

I can't stand this kind of hope, and change, neither can millions of others around the world from northern Africa, to all parts in the middle east.
edit on 6-2-2015 by neo96 because: (no reason given)

WE ARE IN THE NUCLEAR AGE!

With a mad army running around in the ME

And there's no existential threat?

Nah he can't...considering where the majority of the "terrorists" came from (Saudi Arabia). We can't bite the hand that's helping us put the squeeze on Putin!