Paris Hilton's younger brother Conrad Hilton was just arrested in L.A. for allegedly going insane on an international flight back in July ... and getting violent with flight attendants ... TMZ has learned.

According to witnesses, Conrad was heard yelling the following things during his meltdown:

Witnesses say ... at one point during the flight, Conrad was ferociously punching the bulkhead of the plane ... 10 centimeters from a flight attendant's face.

*edit I changed the spelling the words above to meet T&C req.


At one point, Conrad fell asleep ... and the captain authorized crew members to restrain him to his seat for the descent. Conrad was ultimately handcuffed to his seat.

Witnesses told officials Conrad grabbed a flight attendant's shirt and said, "I could get you all fired in 5 minutes. I know your boss! My father will pay this out. He has done it before. Dad paid $300k last time."

Grabbing a flight attendant CAN be considered assault, which post 9/11 really doesn't look good for him.


Claims sleeping pill caused him to fly into rage

Some of the highlights:

• He complained that another passenger was giving him the "stink eye."

• He threatened to kill several flight attendants and a co-pilot, and threatened to get them fired, saying, "I could get you all fired in five minutes. I know your boss," Hilton said in one of the document's few quotes that didn't include an expletive.

• Hilton threw a punch inches from another flight attendant's head that struck the bulkhead.

• Hilton, who was apparently upset over the breakup with a girlfriend, went to a lower deck restroom and the odor of pot wafted out.

A co-pilot said Hilton appeared to be uncoordinated, delusional and paranoid. Hilton eventually fell asleep and was handcuffed to his seat for the remaining 90 minutes of flight. But that was after the pilot authorized a team of five flight attendants to restrain Hilton with blankets and aviation restraints, which made him scream obscenities and say his career as a model would be "ruined."

Defense lawyer Robert Shapiro said he had just received the documents and would have to review them with his client before making a statement on the case. "It may be the effects of a sleeping pill" or something else, Shapiro said outside court, reports AP.


Hilton, who was traveling alone, acknowledged tangling with flight attendants, bragging to Gates, “I told all of them I could get all of their jobs taken away in less than thirty seconds." Describing a male flight attendant he yelled at, Hilton said, “I went off on him to a point where he had to leave the room and was so embarrassed. I shouted in front of all his colleagues. It was brutal. But he deserved it.”


Hilton, who told Agent Gates that he took a sleeping pill before boarding the plane, made an initial appearance this afternoon in U.S. District Court in Los Angeles. He was allowed to surrender to FBI agents on the felony charge, which carries a maximum 20-year prison term.

There is entitled, and there's entitled, apparently, this kid is the KING of entitled! Yeah Hollyweird is FILLED with rich brats, but I think this kid just won the crown. Literally. I don't know if it's Mummy and Daddy wanting to always be Jr.'s best friend all the time, or not enough spankings as a kid or WTH the deal is, but somebody better grow up fast, or the prison system might do it for him if Daddy can't get him off this time.

Ohh that poor kid. He was probably just high as f#ck, and it wasn't his fault he had taken too much coke.
Better send him to rehab, cause he is brother to some celebrity. Was it you or me, we would have ended up in jail!

posted on Feb, 5 2015 @ 06:03 AM
link
I notice that they didn't use "Terroristic Threat" 40 times. Had it been one of the lowly folks like us, we would have been labeled a "Terroristic Threat" unable to ever fly again, face massive fines, restitution, and possibly 3 hots and a cot for a wee bit.

Some unknown did something on a plane and now it's all ok?

He must have done something bad against an influential person!

posted on Feb, 5 2015 @ 07:54 AM
link
is this post actually about news ,this looks like a meaningless distraction or maybe it's just to get paris hilton's name in the press yet again,i guess she pays her agency well and they promote paris in any way possible.

if paris is your thing good for you,but i think there is more going on in the world that needs addressing.

posted on Feb, 5 2015 @ 08:28 AM
link
This is what they really think of you and me. This little bastard was born with a silver spoon in his mouth, paid for upon the backs of the rest of us. Rich people, put them into perspective, they are hoarding wealth, which is resources that belongs to all of us, so they are stealing from us. Why was he on a regular flight with all of the proles? Leer jet on the fritz or has he grown up to be such an obnoxious douche bag that he's been disowned? F$ck you Conrad and that class of sociopathic parasites you belong to!
edit on 5-2-2015 by HUMBLEONE because: F$ck You Conrad!

originally posted by: Kangaruex4Ewe
I notice that they didn't use "Terroristic Threat" 40 times. Had it been one of the lowly folks like us, we would have been labeled a "Terroristic Threat" unable to ever fly again, face massive fines, restitution, and possibly 3 hots and a cot for a wee bit.


It sounds like Daddy Dearest definitely has done this before as


A female attendant described Flight 269 as “one tirade after another” from Hilton, adding that the young passenger declared that he “was already banned by other airlines” and that his behavior on the British Airways plane would “probably turn into a lawsuit for his father to pay.”

"Hilton frequently lamented that he wanted to smoke marijuana on the plane," according to an affidavit by FBI agent David Gates.

He also allegedly told a flight attendant that "I could get you all fired in five minutes. I know your boss!"

"My father will pay this out, he has done it before. Dad paid $300,000 last time," Hilton allegedly told a flight attendant, according to court papers.

The flight's pilot, who was second-in-command to the captain, "noticed the smoke detector above the bathroom ceiling had been stuffed with paper towels, apparently to prevent the smoke alarm from sounding," court papers said.

The pilot later confronted Hilton, and Hilton surrendered a used pack of cigarettes and a lighter, authorities said.

When Gates read the federal law to Hilton, he interrupted the FBI agent and stated: "I did intimidate. But, through defense. He came up to me with his nose," referring to a crew member, the affidavit said.

Is this kid mentally ill? I'm not joking, I ask in honesty.

From the USA Today link I posted in the OP


When Hilton faced the judge he was respectful. When asked if he understood his rights and the charge, which was filed Monday and could carry a prison term of up to 20 years if Hilton is convicted.

"Yes, your honor," he repeated after each question.

Hilton, who didn't enter a plea, was released on a $100,000 unsecured bond, ordered to appear for arraignment March 5 and told to continue mental health treatment.

If he's bipolar, or something, wouldn't it be seen around this time? Isn't it teens and young adults?

originally posted by: and14263
Who? Whose brother? You mean some guy did something barely of note on a plane?

Some unknown did something on a plane and now it's all ok?

I find it breaking news because this kid will most likely either get a slap on the wrist if he gets off, or get Club Fed, you or I would do the 20 or near bouts. Do you seriously think a flight attendant or a pilot would not have played "Mommy or Daddy" at any time in the beginning of that 11 hour flight, especially when he was punching the plane, to play, "Don't MAKE me turn this plane around and 'taze you!"

originally posted by: butcherguy
I guess I will have to read up on sleeping pills.
The intended effect is not to promote rage, AFAIK.


Maybe he got some bad pot. Worst sleeping pill I was ever on caused hallucinations and MPD.


Hilton, who was apparently upset over the breakup with a girlfriend, went to a lower deck restroom and the odor of pot wafted out.


"Hilton frequently lamented that he wanted to smoke marijuana on the plane," according to an affidavit by FBI agent David Gates.

The flight's pilot, who was second-in-command to the captain, "noticed the smoke detector above the bathroom ceiling had been stuffed with paper towels, apparently to prevent the smoke alarm from sounding," court papers said. 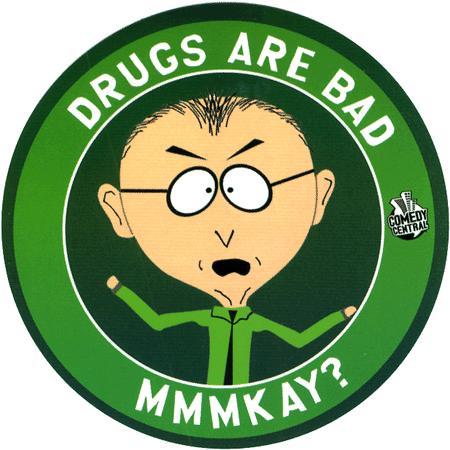 posted on Feb, 5 2015 @ 01:12 PM
link
It would be funny and newsworthy, except for the fact that hotel-goers the world over will continue to indirectly fund the behaviour by booking into hotels anywhere that bear his name. I've never understood the compulsion to frequent (hotel chains) Hilton-anywhere - that are all exactly the same, when the cheaper option was to attend the one closer to where you reside...whenever I hear of acquaintances staying in EXOTIC places, all the glowing remarks ARE about the accomodation...why spend the airfare, if you could've stayed in your own city?

Entitlement doesn't even describe the leech activity we read about. Contemptuousness is hardly a word that describes the behaviour...you can be sure a silver spoon will be used to symbolically paddle them on the arz, and send them back to thier gold encrusted ivory palaces...where they will watch ticker-tapes that assure them of all kinds of immunity and comfort...at the expense of the gullible masses...

posted on Feb, 5 2015 @ 03:39 PM
link
This is absolutely insane! What way was he brought up by his parents? How does someone get to this point where they are violent on a plane?

Will he be allowed to fly again?

originally posted by: LOSTinAMERICA
Let's see if your money can buy you out of this ass whooping. You all know you want to say that.


If this kid is mentally ill, I seriously want him to get some help. (The kind your avatar is wearing, not the kind the court is ordering at the moment.)

Hilton, who didn't enter a plea, was released on a $100,000 unsecured bond, ordered to appear for arraignment March 5 and told to continue mental health treatment.

Now a lot of people go into treatment for many things, so I'm not going to knock it, but it does make me wonder if something may be going on with this kid that Mom and Dad are very good at throwing money at and covering up. The sad thing is, because of all the federal offenses, they may not be able to cover them up this time.