Iyo Yapi Ista...Ista for short. She is an 10 year old, and one of the most truly beautiful creatures on this planet.

Her name is Sioux Indian for "Bright Eyes", she got this name because her eyes glow "Gold" instead of the usual Green for most canines. She is a bit on the small side at about 80 lbs. She seems to prefer "hanging" around outside, sunning herself, and just being a lazy Wolf...She's my "baby girl" and she knows it, she has even tried to exploit that...which isn't very hard.

Ista is about 94% Wolf: almost half Alaskan Tundra, nearly half Eastern Timber, the rest is Malamute. 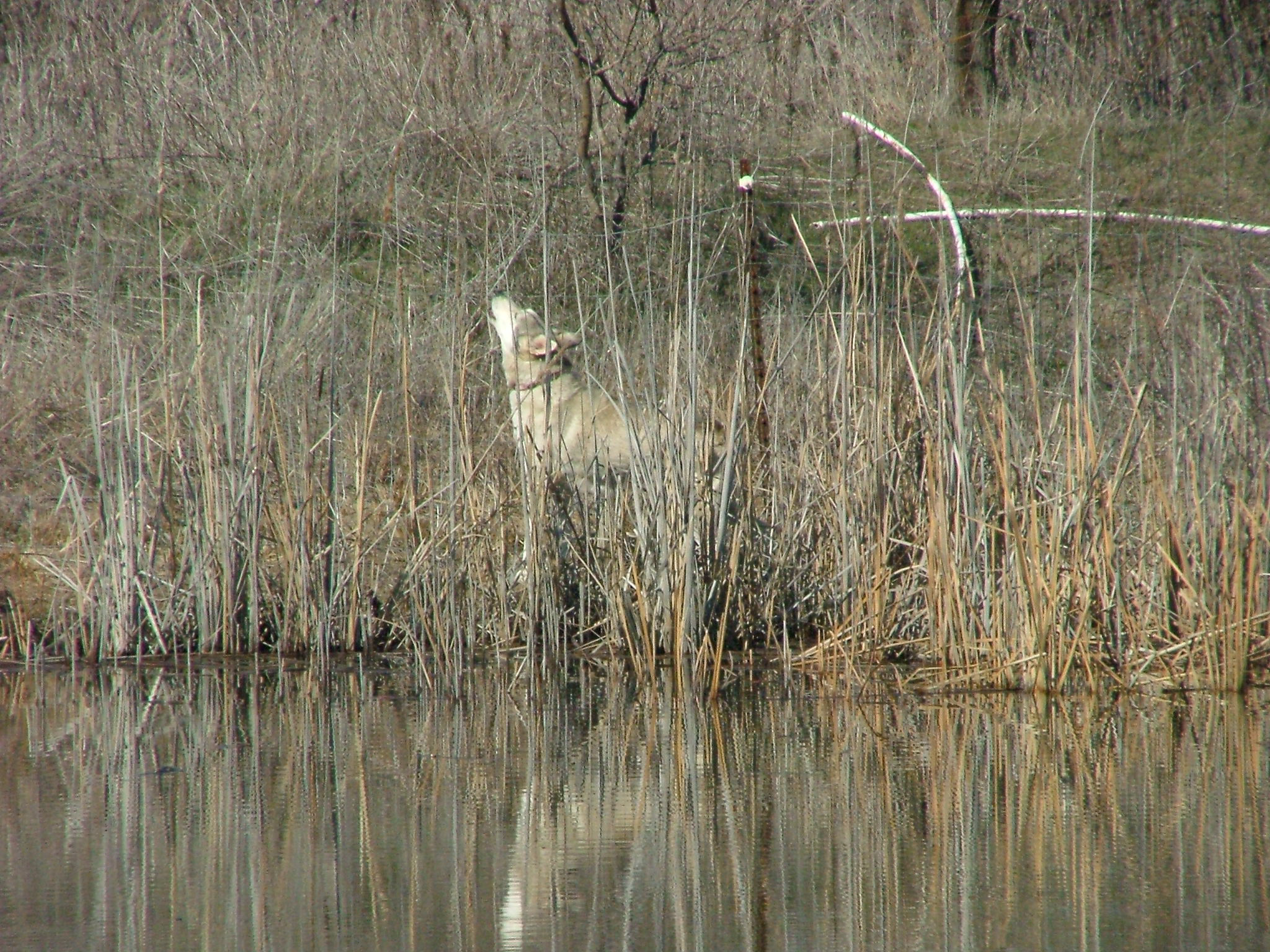 Ehake La Sunjgmanitutanka...Tanka. My 4 YO (in March) male. He wasn't as well socialized as Ista was when he was very little, so he is much more a wild animal. It seems that early socializing with Humans is required for a more "friendly" Wolf. So...his behavior is much more "wolf" like than Ista...nevertheless, he is a wonderful companion and friend. He doesn't seem to like to "hang out" outside as much as Ista. But then his black color kind of hinders lying about "sunning" one's self. Although on cold days, he will spend hours in the sun. In the summer; he wants little to do with the Texas heat and comes inside where it is cooler.

By the way...we have a rather large "doggie door" so they can come and go as they please.

Tanka is a rather large boy; He stands about 31 inches at the shoulder (about as tall as a Great Dane), and weighs in at around 140lbs. His foot prints are the size of a human hand with the fingers curled up...

Tanka is about 97% Timber Wolf, the rest is German Shepard.

ETA: Tanka's name is Sioux for "last Wolf"...the meaning thee being; he will be the last Wolf I buy. 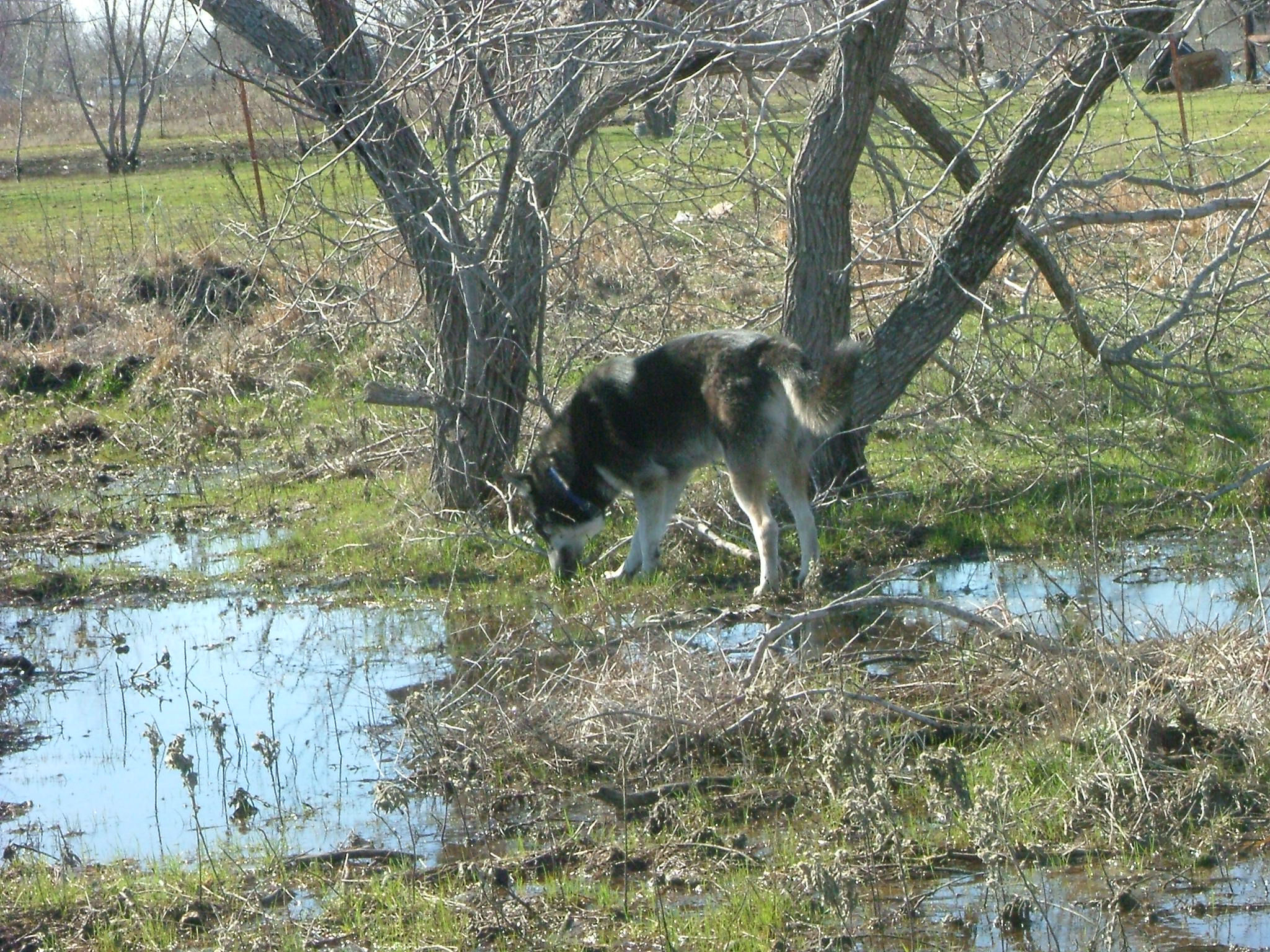 originally posted by: newWorldSamurai
Beautiful. At 140 lbs, your food bill must be thru the roof. How are they around other dogs, other humans, children, etc.?

Between to pair they eat around 3 - 4 pounds of ordinary dog kibble every day...frequently "dressed up" with a wee bit of what ever I was eating for dinner.

Other dogs...if the other dog is a member of the pack...few issues. If not...It must leave...and they will tell it so. Ista by alarm barking, and Tanka by glaring at it in a menacing way...

Other Humans...Ista is okay with other people, for the most part. Tanka not so much...Both are warmer towards friends, than strangers. With strangers, both will make themselves scares, and "peek" around corners, and other "hidey" places.

With children...Ista would probably be okay if the energy levels wee kept low. Otherwise she would join Tanka and watch from a place of greater safety and camouflage. And again, any children that Ista would allow to get close would be well known, ad under those circumstance even Tanka would be friendly...

When it comes to people they will allow someone to get as close as they are comfortable with. If the person gets too close, the Wolf typically moves.

Very pretty pups. I can't elaborate how much I'm a fan of wolf breeds.

Wish I had the environment for a pair like them myself. Keep taking care of em; it looks like you're doing well so far.

originally posted by: boymonkey74
Lovely looking animals
...one question though how do you know they are 97% wolf and 94%?.

Thank you, I consider myself very fortunate.

How I know...
By trusting my 30+ years of experience with the animals, and new breeders as far as the first Canine DNA shop.

But there are subtle differences between dogs and wolves. Like the ratio of the length to the distance from the ear to the eye. How the animal "holds" itself. The length of, and how it holds, the tail. How it reacted when you first met the animal, or its parents (I never buy a puppy without "meeting" its parents).

originally posted by: network dude
a reply to: tanka418


They'll bark; but not unless thoroughly provoked.

They can be house trained to a point - but there are limits. I wouldn't trust one inside all day alone like I would with most other breeds.

with an animal that east 3-4 pounds of kibble a day, I'd rather not deal with the fallout from not being house trained.
(I am thinking Dachshund sized turds)

originally posted by: network dude
a reply to: tanka418


Barking: As a general rule Wolves and WolfDogs don't bark. What they do is go through a series of successively greater "reports" of an intruder or an extreme event. It starts of with a rather quite "uff" not quite a bark, but still a vocalization. That will escalate into a bark of increasing urgency...something difficult to explain, but if you ever heard it you would know.

Wolves and Wolfdogs have a wide variety of vocalizations, which, may actually constitute a sort of "spoken" language, although there may also be as many dialects as thee are packs. Not all seem to go this route though...

House training: Isn't an issue with Wolf puppies. They learn quickly to not foul the den.

Tanka at 8 weeks. The day after he came home...

This has always been my favorite... 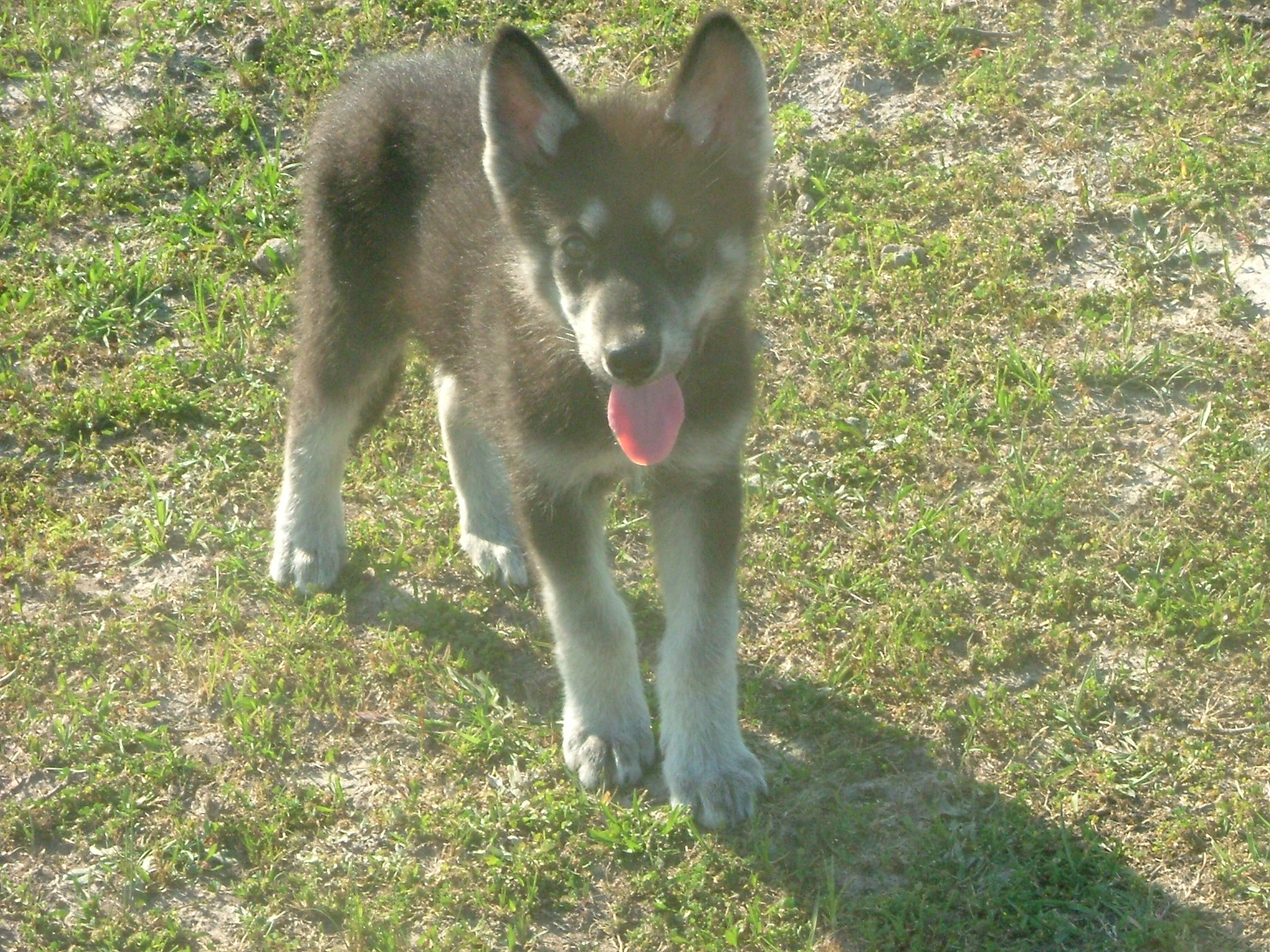 I was going to ask this question, too. But I still don't quite understand. When a wolf dog is 94% wolf, is that based on parentage over generation of breeding, or does it refer to the percentage of "wolfy" attributes the dog conveys?

I once had a Timber Wolf/Siberian Huskie mix...he was great and would hop around and bounce...and "yip-yip" all the time.

One day...he went into the Huron River in Michigan chasing something as he ususally did...and I never saw him again. Took off for the wild I guess. Heartbreaking.

His name was Cochise (the Indian).

I was going to ask this question, too. But I still don't quite understand. When a wolf dog is 94% wolf, is that based on parentage over generation of breeding, or does it refer to the percentage of "wolfy" attributes the dog conveys?

94% refers to the linage of the beast, which is corroborated with a wee bit of science. The "wolfyness" can vary widely, and changes a bit as the animal ages. For instance; right now Tanks is very active, and wants to be dominant...that whole "alpha male" thing...He's 4 now, but in another 4 years he will be past his "prime" and, like all animals begin his decline. Things will change, evolve...so his "wolfyness" will change over time. 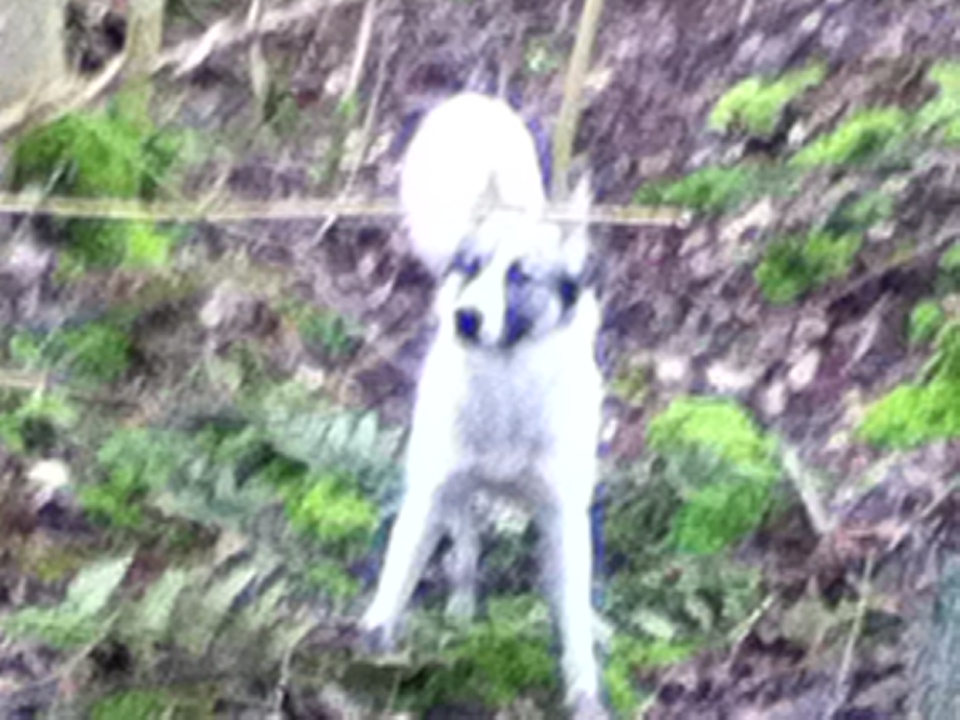