Cats, moggies, furry felines. Pics or they didn't happen! Show us your friends!

It seems cats are turning up in the doggy thread.

So cat lovers, here you go.

Celibate here with pics of your overlords ... um ... I mean Feline Friends. 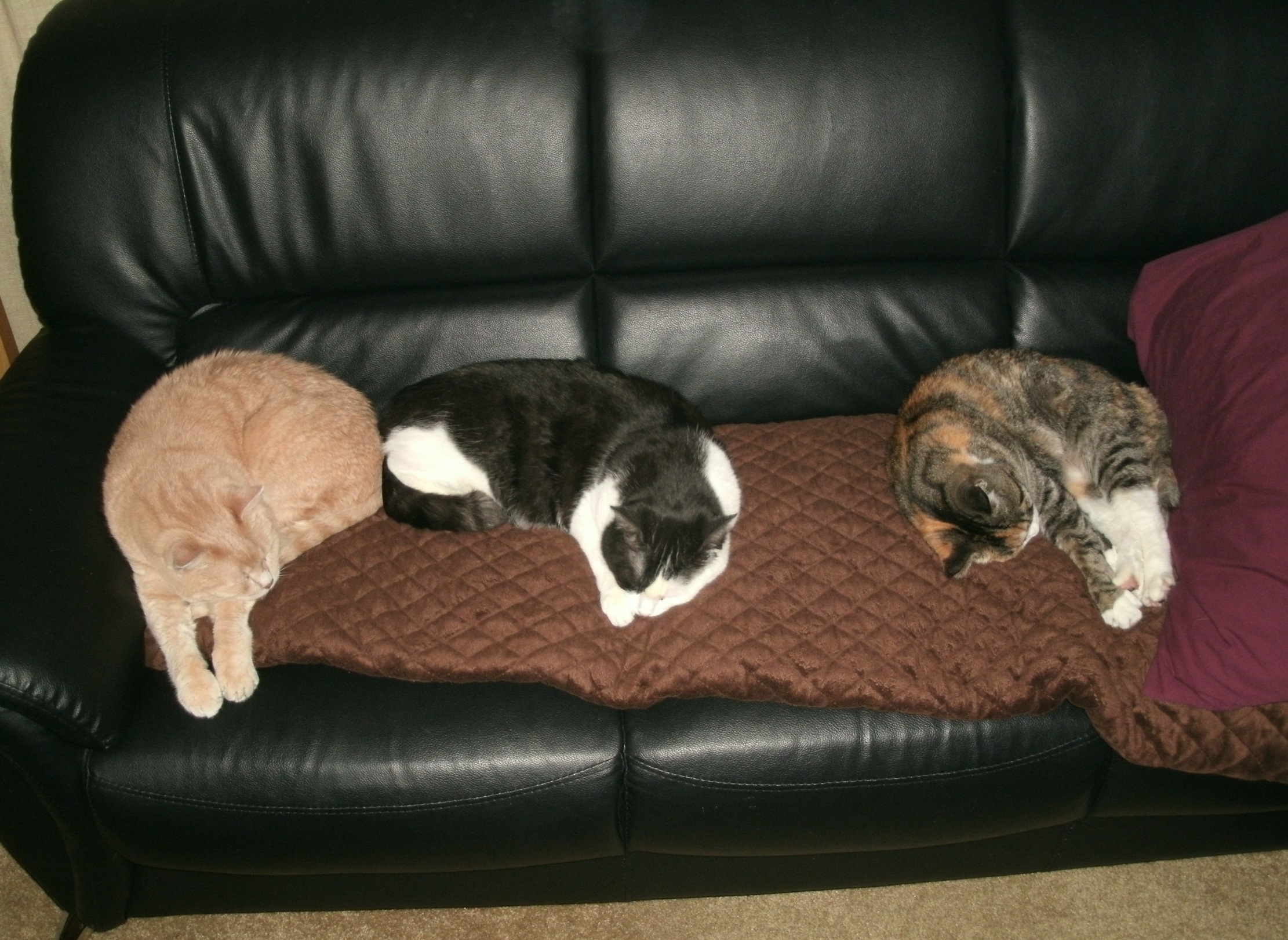 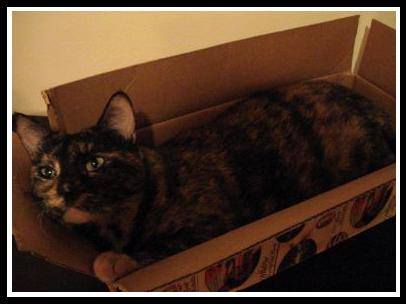 Sorry for the side pic - I can't figure out how to turn it 90 degrees. 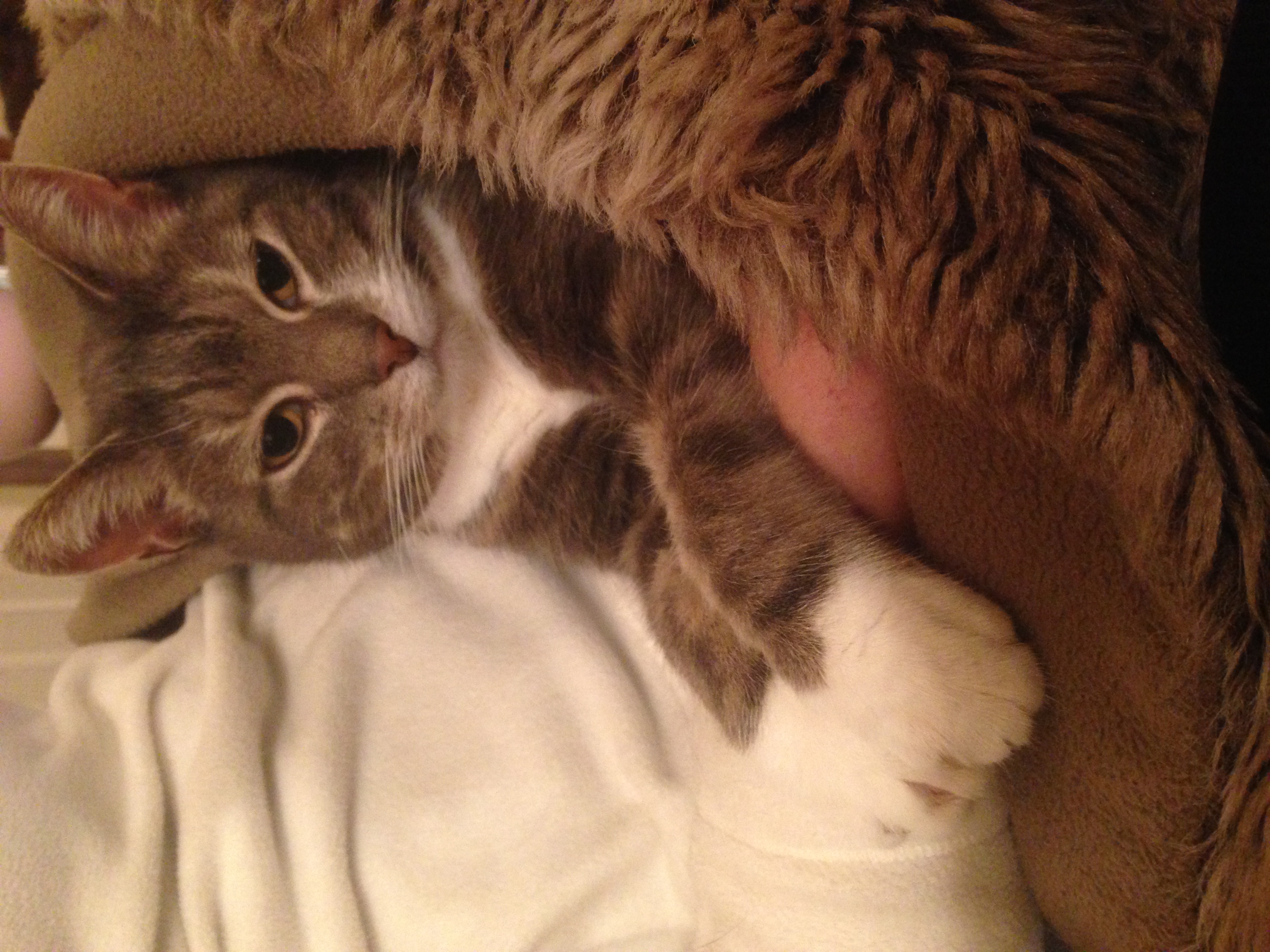 Up until quite recently he'd jump at the slightest sound & run away whenever a visitor came to the house. 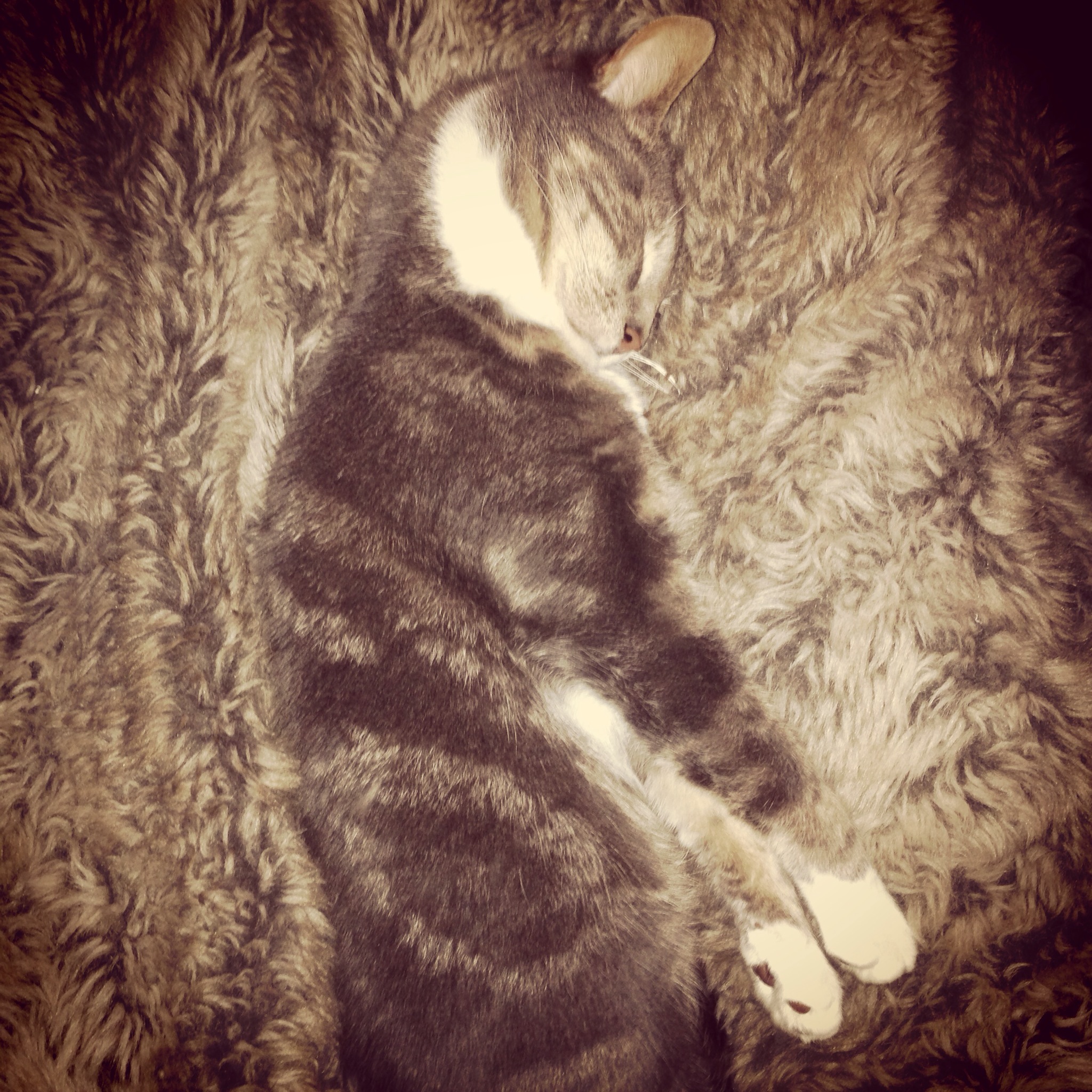 Happily, since my new dog has joined the house (Here he is) he seems to have got a new lease of life... and courage! Not only does he hold his own with the dog, but now he struts around like a lion.

Aw, I love my boy

posted on Feb, 3 2015 @ 09:40 PM
link
My baby, Trouble, who's ben missing since Thursday. She's a stray who adopted me. She was an outdoor cat that was found freaking out in a tree. My sister and I tried to search for her owner. When that was unsuccessful, we put an ad up for her. Someone came and got her, and brought her back 3 wks later because they forgot to get their landlord's permission. I adopted her then. She's a very funny cat. She doesn't meow. She tribbles. LOL

This is her "meow/purr" sound. LOL I got very good at imitating it and messing with her to get her to follow me every where.


She is not a cat, she is a dog reincarnated in a cat's body. LOL She loved to dig holes, play fetch, and yes, chase cars! Someone forgot to teach this cat how to cat! I've never met an animal like her. I just hope no matter where she is, she is safe, well loved, fed, and has water. I tried to make her an indoor cat, but she kept taking the covers off the floor vents and climbing in them to escape outside. After that I figured it was safer to let her out before we found her in the furnace. It is not unusual to see her hanging from the window for hours just to watch the world go by. Nor its it unusual to be sleeping and hear a thud as she crashes into the wall because she was chasing the car headlight in the house and forgot the wall was there. LOL My sister kept finding holes in her backyard and thought it was her dog. She kept scolding her dog every time she came home, until one day she caught my cat in the act with her dog just standing nearby watching. LOL She of course had to text me pictures. I about died laughing. That was a new trick. She probably saw the dog do it once or twice and picked it up. Like a dog, she also enjoys doing tricks and getting her treats standing up. Seriously the cat is a dog in a cats body. 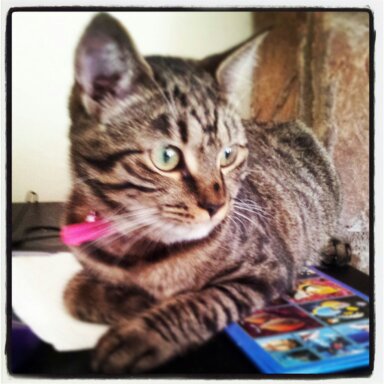 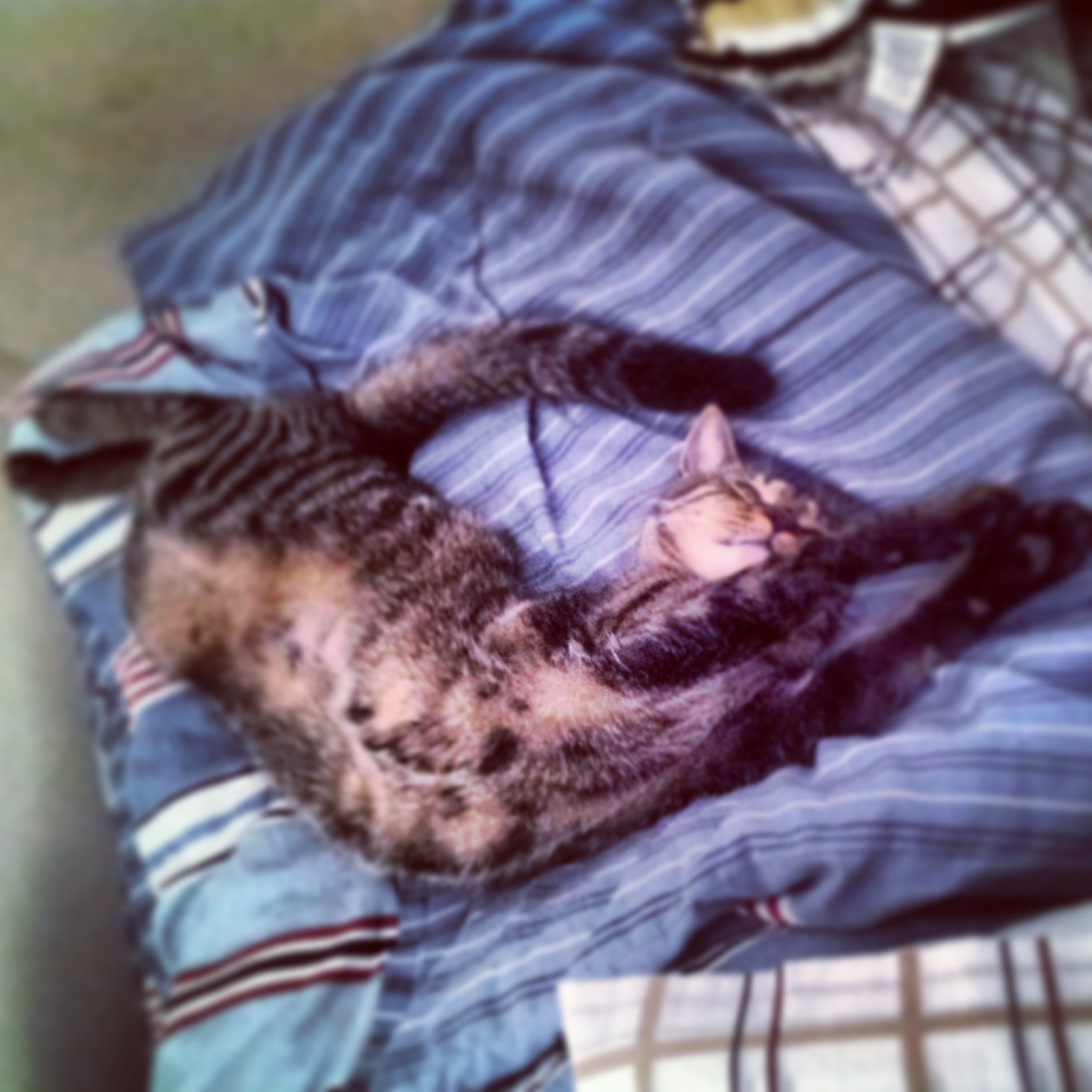 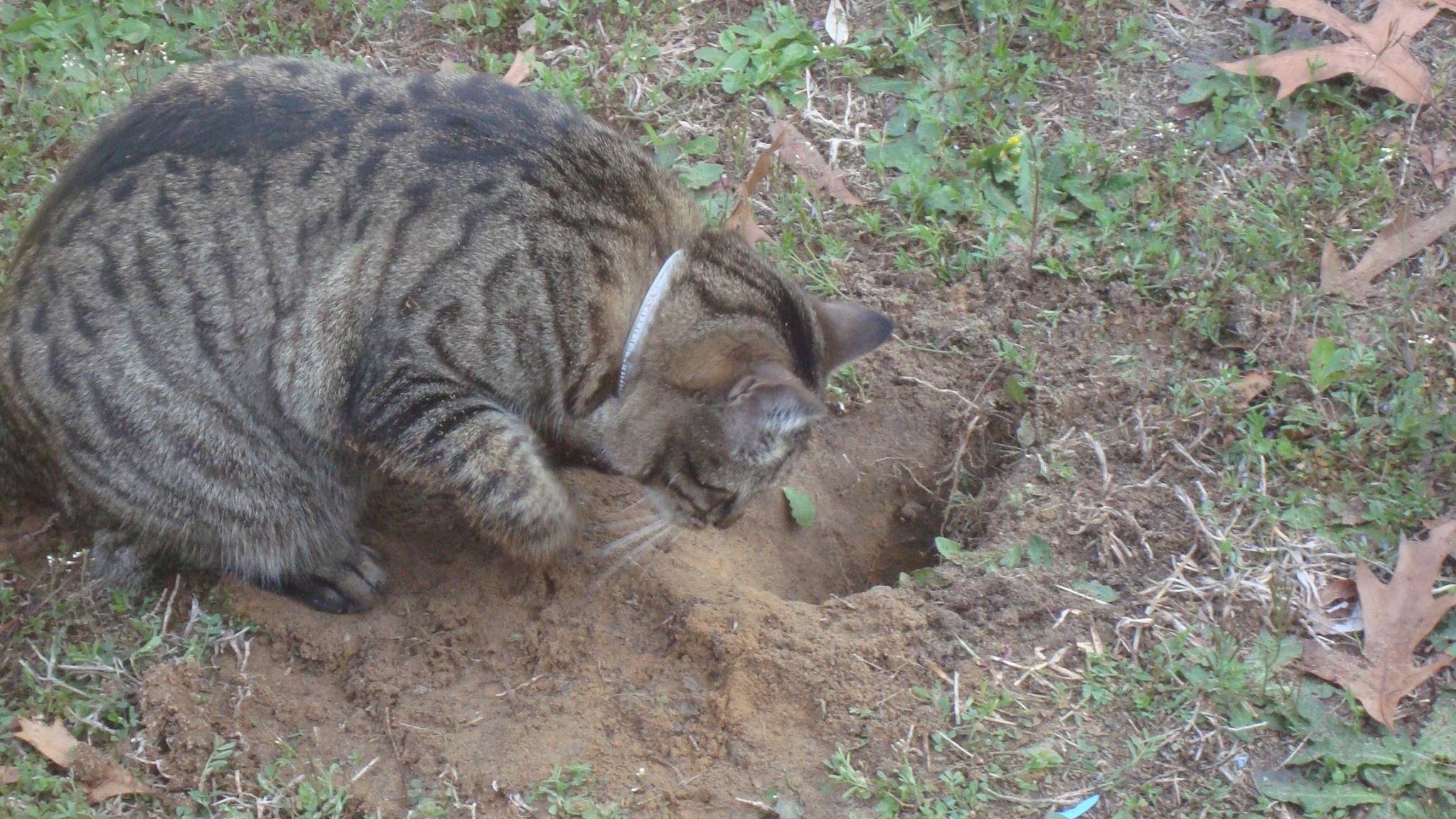 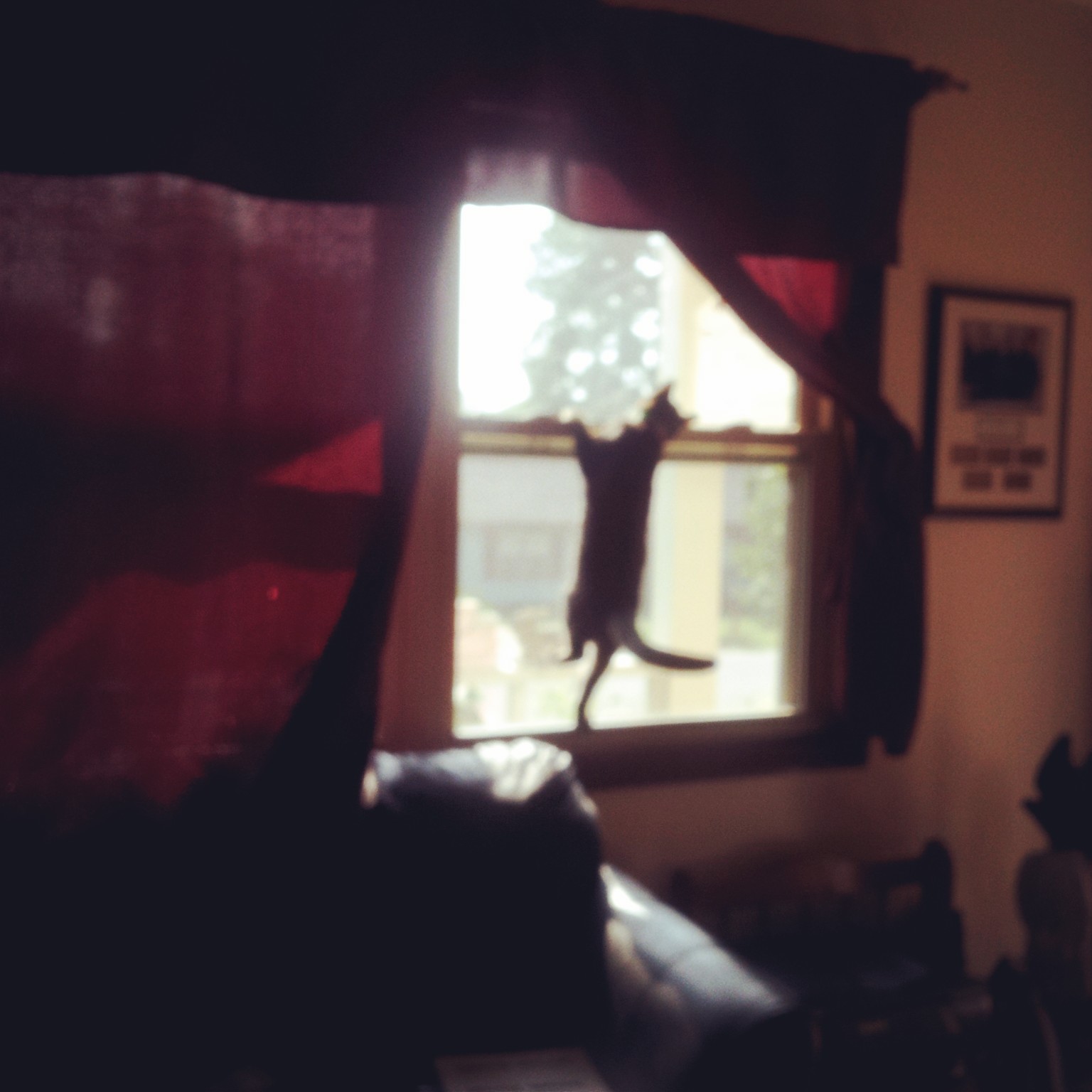 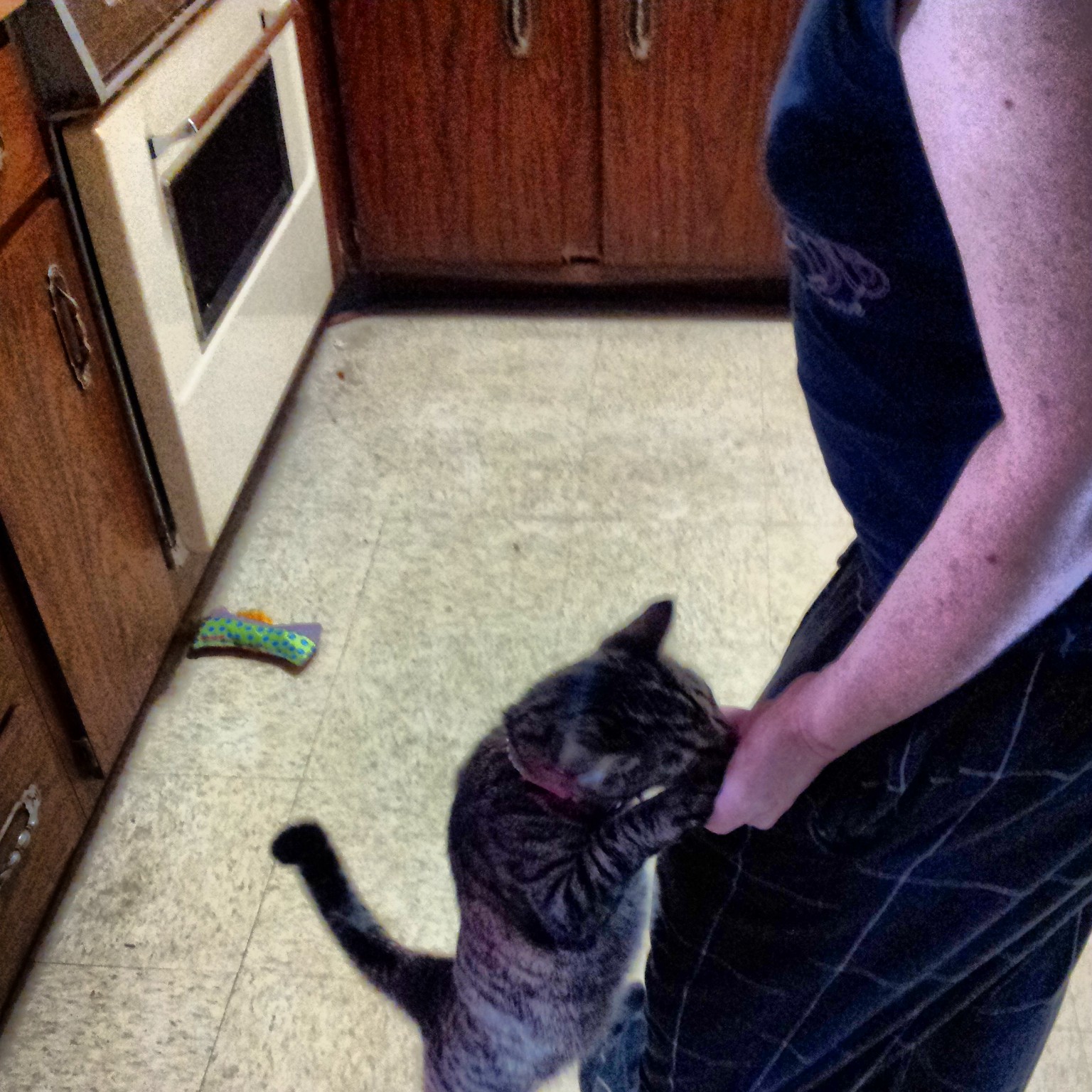 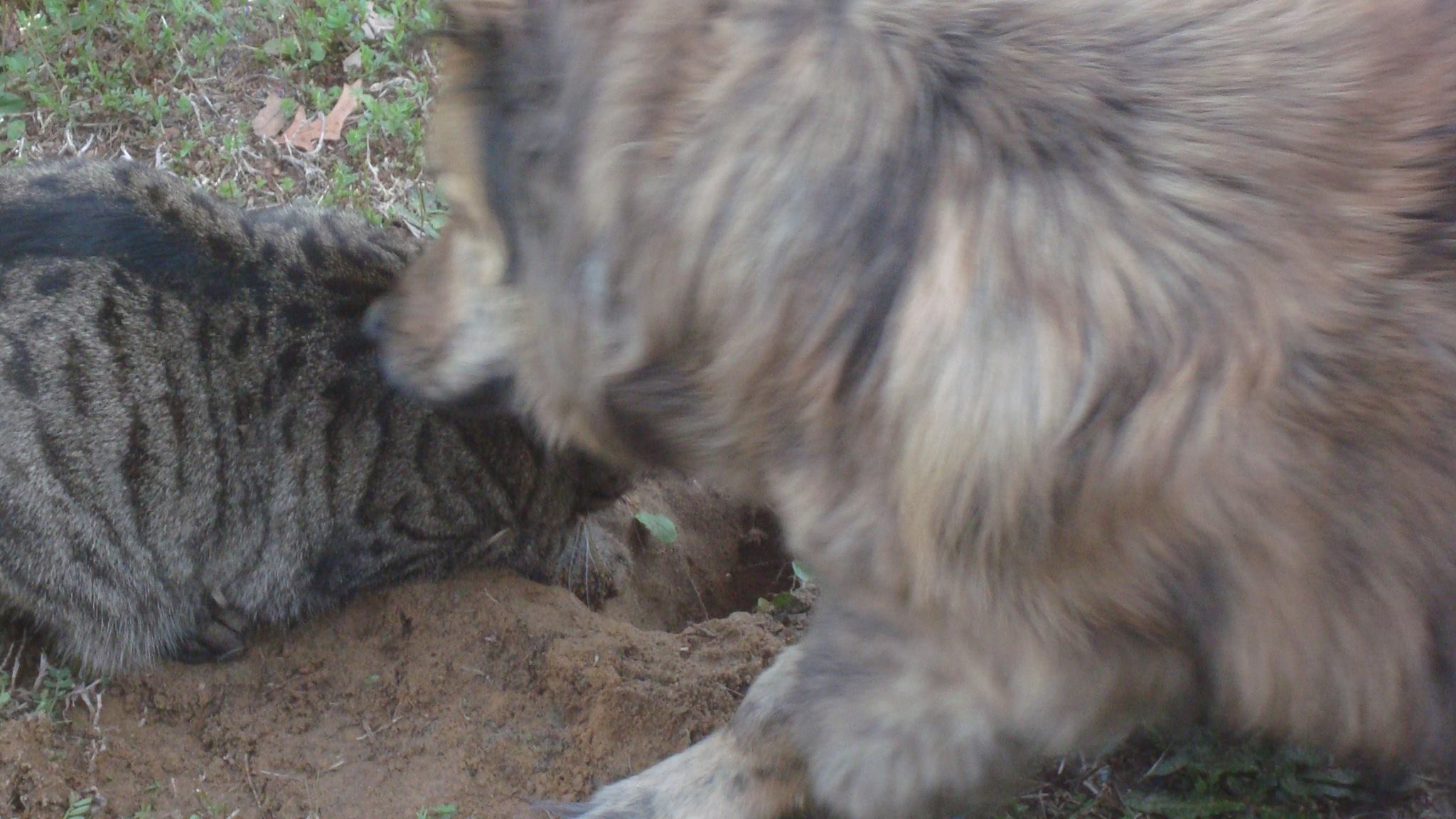 That was my cat 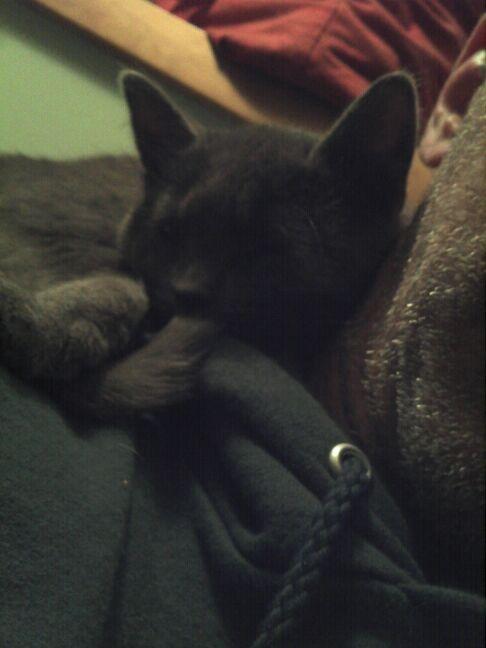 She was a rescue, when just a kitten.
She is the most jealous, evil, hateful cat I have ever owned. She despises all other females, including me. She attacks when trying to get her empty bowl, she attacks when lowering a full bowl. She attacks when you enter any room she has decide to grace with her presence.

Unless of course your a male. Then she is the picture of a perfect cat. Including sleeping with Dozer the bulldog.

We actually had to rescue Abby the boxer from under the table once. Mia had her cornered.
edit on 4-2-2015 by chiefsmom because: spelling as usual 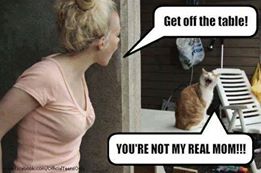 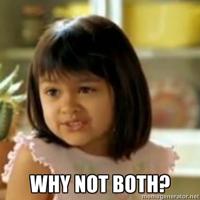 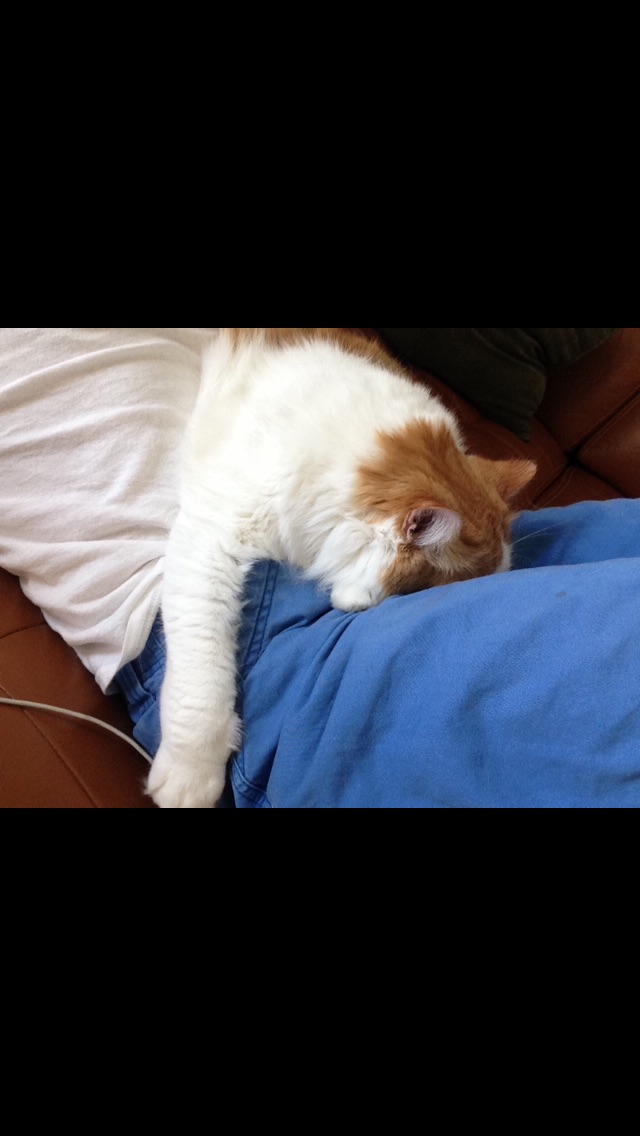 LOL well ok. I'm just partial to cats. Love dogs but admittedly afraid of some of them.

LOL well ok. I'm just partial to cats. Love dogs but admittedly afraid of some of them.


I own a dog, but I'll admit, some can be mean if not raised right.

The cat pics thread is stuck on 1.

Cat got your camera or do you need puss' permission.