Silhouettes within the eyes

posted on Feb, 1 2015 @ 01:26 PM
link
My sister called me today and told of something weird that just happened to her. Her boyfriend said that her eyes were almost black (she has brown eyes), so he took a picture of one of her eye and this is what they saw: 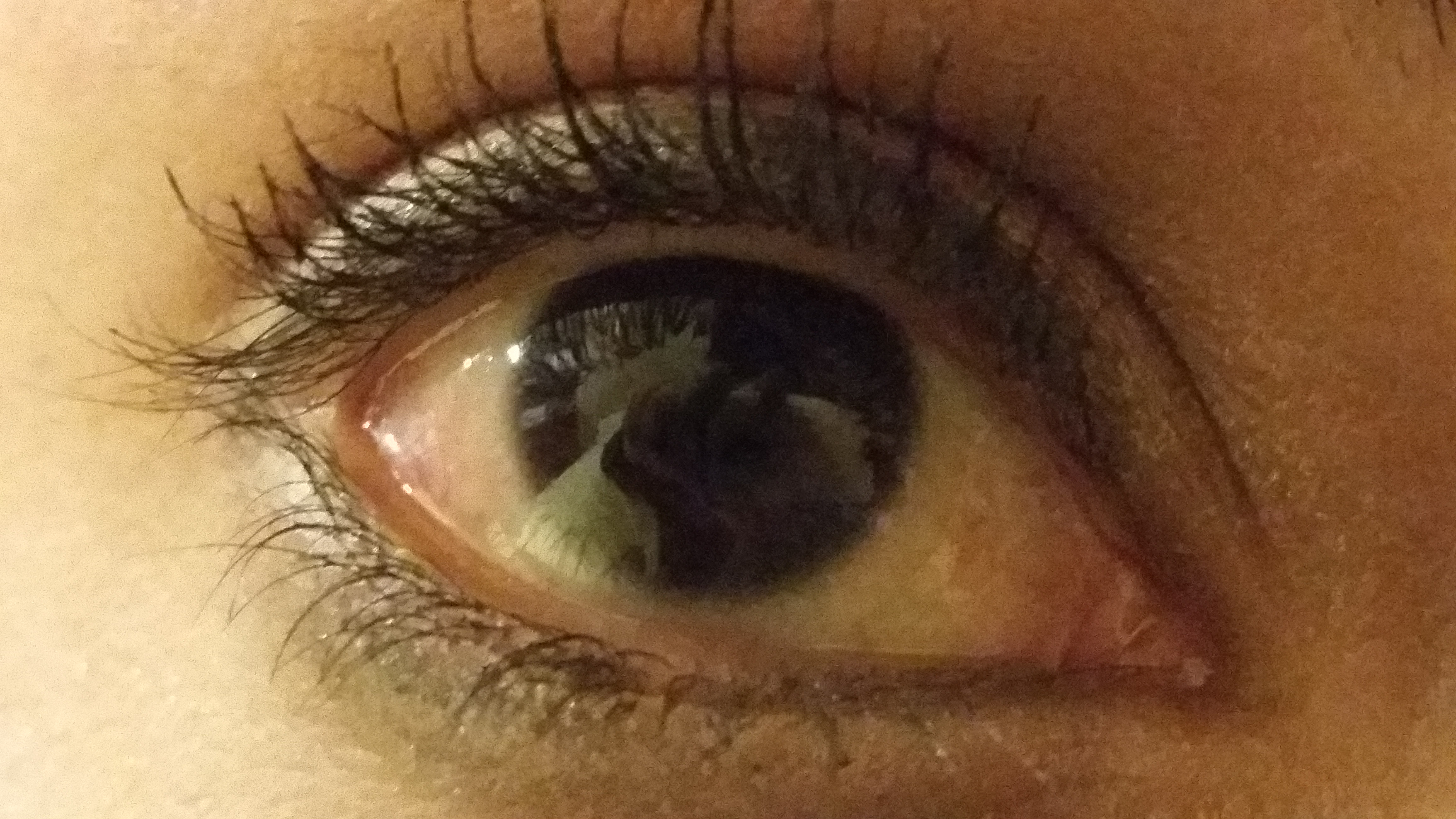 Here is the original size of it so you can zoom in.

Now, she said that the only thing in front of her was the phone and the wall. Her boyfriend to avoid being in the image tried to get out of the way. I highlighted on this next image the part in question and even if her boyfriend was caught in the image of her eyes, you would probably see that, but what you see is not anything remotely close to being just an individual holding a phone (or the phone itself). 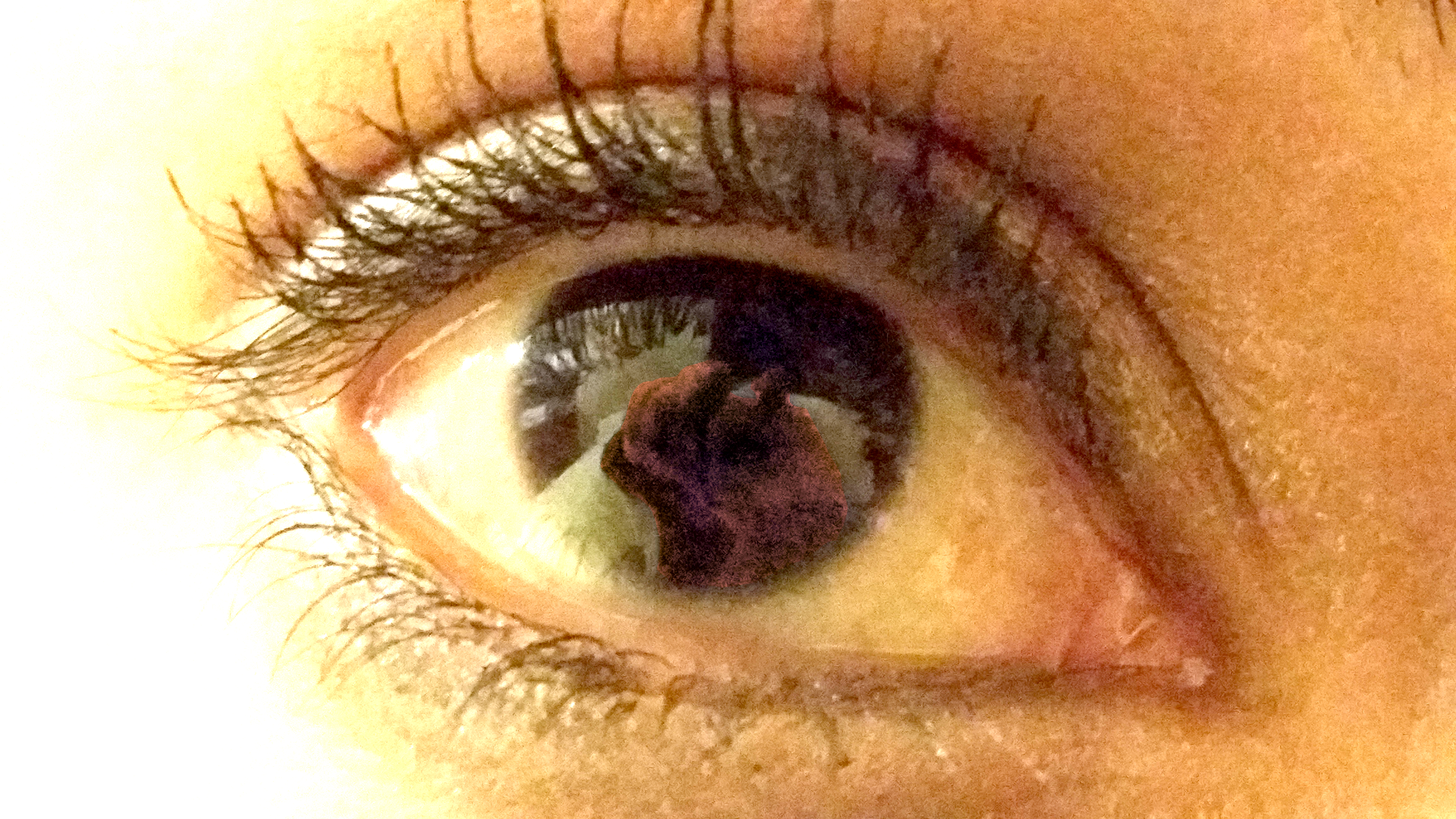 Here is the retouched full size.

To me it looks like a couple sitting on a couch next to each other.
When they saw the image on her eyes, they turned around to see if there was something on the wall that may have given that shape or object but there was nothing, just a white wall.

She called me right away since she knows I am always looking for something intriguing and different like that.

I looked at the EXIF data to see if it was tampered with (the original image) but nothing.

posted on Feb, 1 2015 @ 01:34 PM
link
That is weird as I picked out the sitting couple before scrolling down to your highlighted pic. It took me a while to see them but yeah...weird. I'm sure everyone is going to say peraidolia(sp) which it probably is but the colour change and the apparent erm "imprint?" is intereseting.

Well i sure saw what you described, after reading till the end.

What i saw after that was that, "the couch" is the phone, and "the couple" is her hands fingers and a shadow maybe? No weirdness imo. Just look at the original one, not the one you fiddled with.

I cant see no simple wall there. But a tree and a car, by her left side? Or is it a large window/art picture?

posted on Feb, 1 2015 @ 01:50 PM
link
I see a hand or hands. If you download and zoom in on the lower picture it appears to be at least one hand and you barely make out fingernails. I can't make out the camera or phone but it looks to me to be the picture takers hand. 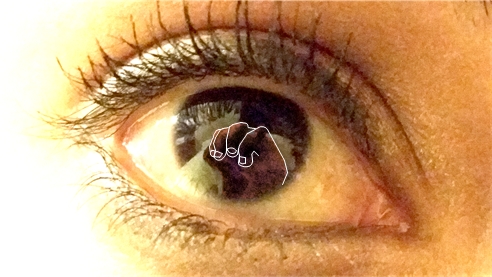 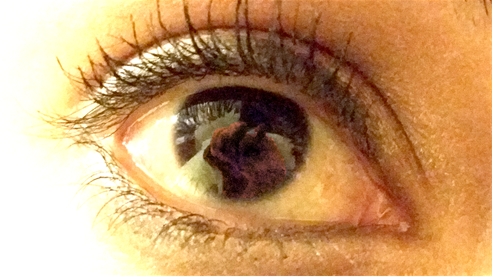 posted on Feb, 1 2015 @ 02:10 PM
link
Yeah, perhaps by her telling me what she thinks it was got me thinking the same way. I still do not see the phone and the hands but then again, this is the reason why I posted it in here to see if anyone else sees the same as me or the actual phone and hands.

posted on Feb, 1 2015 @ 03:50 PM
link
I suppose peridolia is certainly going to start now regardless of what it really is. I mean I see like someone else mentioned, a picture window with trees and maybe like a car parked in the driveway. I don't see hands at all even drawn out. That looked more like a couple animals to me like chipmunks or something. Also looks like snow outside... So like I said, whatever it is, it is going to get tricky now as people will see different things. Cool though

I was seeing trees in the winter along the left side as well... But then realized they were just a reflection of her eyelashes.

I'm struggling to see the hand, but the outline helps.

What does the lovely-eyed lady believe this to mean?

Thanks for posting - always love posts in this forum with pics!

posted on Feb, 1 2015 @ 10:41 PM
link
After seeing lots of faces and things, noticed the sleeve of his top or jacket, and the fingers holding probably a phone camera, so it looks like the guy who took the picture reflected. Like the previous picture showing a hand, but he didn't define the sleeve and wrist which was there. Thats when the fingers stand out when you see the sleeve.
edit on 1-2-2015 by Unity_99 because: (no reason given)

She doesn't know and it freaked her out. She rather not know.

Not sure about those hands, if that's the case then where's the phone?
I'm sure it's nothing other than hand/phone silhouette but I do far my eyes can't picture it.

posted on Feb, 2 2015 @ 12:35 AM
link
What looks like "trees" are a reflection of her eyelashes. Also, note that the eye is looking upwards and to the right, not directly at the camera. So this may be a reflection of something above and in front of her. Maybe even something on her head overhanging her forehead. Try flipping the photo upside-down and looking at it with the right side of your brain. The left brain has a preconceived idea of how things ought to look, and rushes to identify and name them as something familiar. The right side, which kicks in when you flip the image, sees shapes and forms without judgement.

It doesn't have to be the hand of the photo taker at all. It may even be your sisters hand.

Don't get me wrong I can see the silhouette you see, and also the head of a cat looking away, but the hand makes the most sense.