So, Who Really is the Most "Interesting Man in the World"?

We've seen the Dos Equis commercials, although not so much lately, so I'll put up a couple in case you've forgotten.

Some of my favorite lines:


The following is actually a complilation, I've never these seen on TV. Maybe made for youtube? It's long, and I didn't get through them all.


I started wondering, who, then, really is the most interesting man in the world? Actually, my thoughts went very quickly to one particular man:

Early life: Banson was born in Blackheath, London, the eldest of three children born to barrister Edward James Branson (1918 – 2011), and Eve Branson (born 1924), a former ballet dancer and air hostess.[6][7] Branson has two younger sisters. His grandfather, the Right Honourable Sir George Arthur Harwin Branson, was a judge of the High Court of Justice and a Privy Councillor. Branson was educated at Scaitcliffe School, a prep school in Berkshire, before briefly attending Cliff View House School in Sussex.

Branson attended Stowe School, an independent school in Buckinghamshire until the age of sixteen. Branson has dyslexia and had poor academic performance as a student, and on his last day at school, his headmaster, Robert Drayson, told him he would either end up in prison or become a millionaire.

Branson's parents were supportive of his endeavors from an early age.

Documentary about Branson as a young man, just starting Virgin Records: (if you're only going to watch one of these, let this one be it.)


(Okay, I'm losing some material on here (wordpad) so I'm going to put it up in segments. Grrrr. I'll be back)

I'm the most interesting man!

I know Sweetie. It hurts.

Nah he is just one of the most interesting men in the world. I'll give you another one

I give you Leo Major or should say Captain Canada.
edit on 1-2-2015 by starwarsisreal because: (no reason given)

Branson made several world record-breaking attempts after 1985, when in the spirit of the Blue Riband he attempted the fastest Atlantic Ocean crossing. His first attempt in the "Virgin Atlantic Challenger" led to the boat capsizing in British waters and a rescue by RAF helicopter, which received wide media coverage. Some newspapers called for Branson to reimburse the government for the rescue cost. In 1986, in his "Virgin Atlantic Challenger II", with sailing expert Daniel McCarthy, he beat the record by two hours.[5] A year later his hot air balloon "Virgin Atlantic Flyer" crossed the Atlantic.[/ex

In the late 1990s, Branson and musician Peter Gabriel discussed with Nelson Mandela their idea of a small, dedicated group of leaders, working objectively and without any vested personal interest to solve difficult global conflicts.[60] On 18 July 2007, in Johannesburg, South Africa, Mandela announced the formation of a new group, The Elders, in a speech he delivered on his 89th birthday. Kofi Annan serves as Chair of The Elders and Gro Harlem Brundtland as Deputy Chair. The other members are Martti Ahtisaari, Ela Bhatt, Lakhdar Brahimi, Fernando Henrique Cardoso, Jimmy Carter, Hina Jilani, Graça Machel, Mary Robinson and Ernesto Zedillo. Desmond Tutu and Mandela have been Honorary Elders.

In 1999, Branson became a founding sponsor of the International Centre for Missing & Exploited Children ("ICMEC"),

To read the full article, click here: en.wikipedia.org...
edit on 2/1/2015 by ladyinwaiting because: (no reason given)

I am most definitely not excluding women or girls from this, so it literally should read: Who is the Most Interesting PERSON in the world?

My only qualification is that they be alive/living now. (I might want to do an "Interesting Person EVER" at another time.

So, let's see whatcha got.
And if's you, fine! Just show and tell why. Please.

This looks like a fun and new topic. Bump.

I actually agree with Sir Richard Branson. Doesn't he have a space exploration company, too?

I'll throw in some pictures of Putin, though. 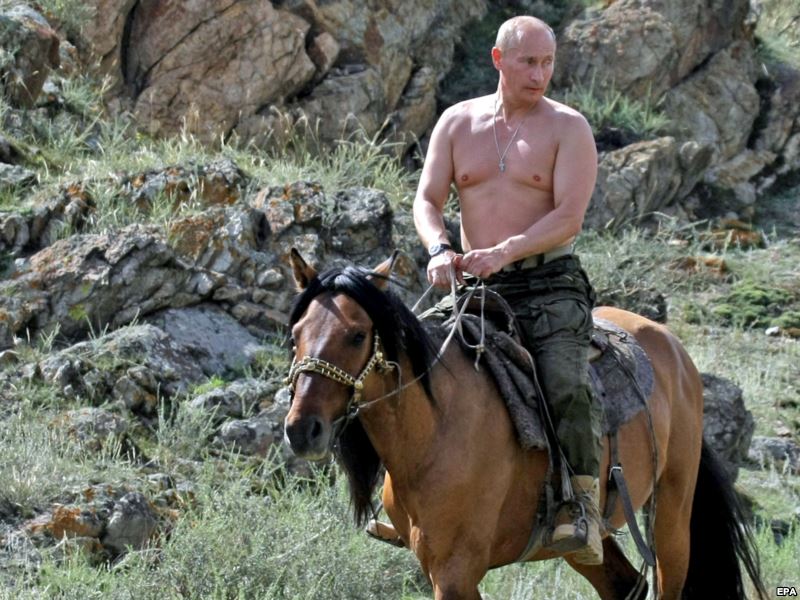 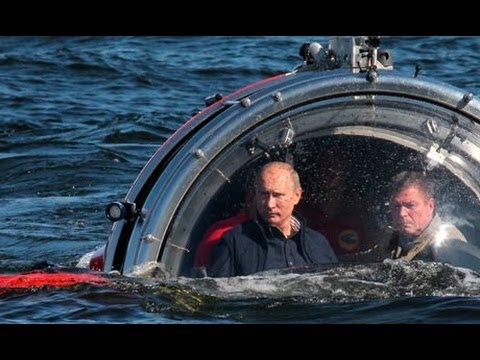 Putin in a submersible 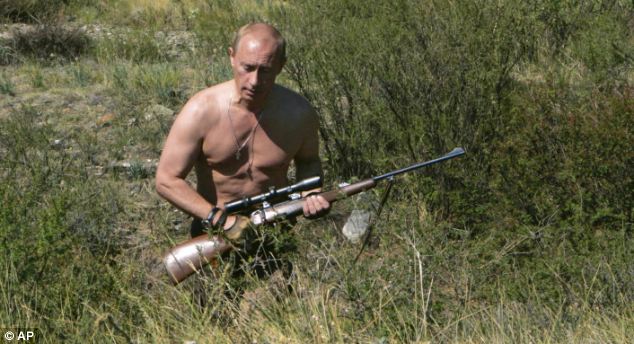 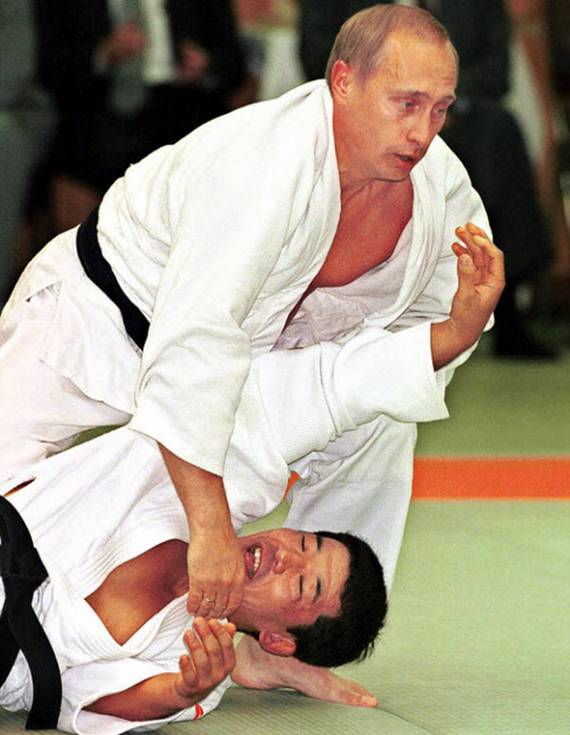 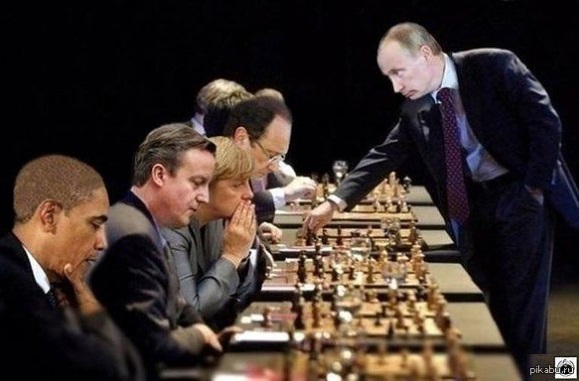 Now, I don't agree with everything Russia does it just seems like Putin is pretty interesting. One thing - a lot of these are propaganda shots.

I actually thought about Putin, too, and most likely he is my second choice for candidates in this endeavor. Despite his politics, he's an intensely interesting man, maybe a little too intense? : )

Anyway, yes indeed Branson owns "Virgin Galactic", remember when it blew up recently? With his pilot aboard. It was very distressing for them all. I'll find something about it in a bit.

posted on Feb, 1 2015 @ 01:42 PM
link
The 'most interesting man' commercials had some great lines. They did the Chuck Norris meme one better. They
were more clever. Among my favorites:

He once parallel parked a train.
When in Rome, they do as he does.
Bigfoot tried to take a picture of him.

As for your OP: I agree Branson is an interesting dude. My vote (as a guitar player, I'm biased) for most interesting man is Keith Richards. He's crafted some of the greatest music ever produced. I heard "Ruby Tuesday" (which keith wrote) this morning, and it's still great. Absolutely timeless.

Aside from being a legendary musician, he's had a hell of a good time.

One glorious image from the early 1970s is of Keith driving his speedboat, Mandrax, across the crystal blue waters of the Mediterranean, out for a morning cruise with his mates: “We would record from late in the afternoon until 5 or 6 in the morning, and suddenly the dawn comes up and I’ve got this boat. Go down the steps through the cave to the dockside; let’s take Mandrax to Italy for breakfast. . . . No passport, right past Monte Carlo as the sun’s coming up with music ringing in our ears.” -

posted on Feb, 1 2015 @ 01:45 PM
link
a reply to: rickymouse
Interesting women are always welcome! Bringing one to the mix here would be a good thing.

Agreed. Keith Richards is an excellent candidate. As is Mick, (if we were mainly talking about making recreational sex into a icon -- he's nonetheless interesting.)

I do think though, Keith will be remembered almost as much for his addictions, as his music, sadly. I see him used as an example of what drugs do to one's appearance over and over........

I could watch this guy's videos for hours. So I guess he(James Grime) is the most interesting man to me currently:

Most interesting woman would probably be this woman(Suzanne Simard), as she currently is doing research I find really interesting:

I would go with Putin myself. He has had the opportunity to do a lot of things and go a lot of places. He seems to be the type of person that takes full advantage of that.

I like your style of mentioning who are the most interesting people to you at the moment. I watched that whole mathematics video you posted, it was interesting.

Alan Wilson Watts (6 January 1915 – 16 November 1973) was a British-born philosopher, writer, and speaker, best known as an interpreter and populariser of Eastern philosophy for a Western audience. Born in Chislehurst, England, he moved to the United States in 1938 and began Zen training in New York. Pursuing a career, he attended Seabury-Western Theological Seminary, where he received a master's degree in theology. Watts became an Episcopal priest in 1945, then left the ministry in 1950 and moved to California, where he joined the faculty of the American Academy of Asian Studies.

James Grimes sounds rather "Sheldon Cooper-esque". : ) Interesting though. I've seen Suzanne Simard's vids somewhere before. She does indeed give a compelling presentation.

This looks like a fun and new topic. Bump.

Thanks! I thought it might be fun for a cold rainy/snowy Sunday afternoon.