originally posted by: abe froman
a reply to: SkepticOverlord

It is absolutely disingenuous to report a story started in the middle, based on two seconds long video clips stitched together.

It is also a misleading title, a more objective title would be, COPS RESPOND TO SCENE OF SNOWBALL FIGHT AFTER CALLED TO INVESTIGATE GUN REPORT.

You see the cops weren't there to bust up an innocent snowball fight, 2 cruisers were responding to reports of a gun, but that doesn't seem to fit the current agenda.


So you believe that as an officer pulling up to a gun call, before you go to investigate said potential crazed gunman you should first subdue the kids throwing snowballs with threats of death?

Should the public be expected to believe that the snow ball throwing kids were the target of the report?

Why are these threads always popping up? What is happening in USA?

Guilty of being black while snow-balling.

originally posted by: SkepticOverlord
This has to be an epic new low in law enforcement procedures, a police officer draws and points his loaded weapon at kids having a snowball fight, in the wake of the snow storm in the northeast. And not to be outdone by simply drawing and threatening with his firearm, he spree obscenities at the kids as well.


The first video picks up the action in the middle of things so it is not clear from the video what transpired beforehand. The video shows an NRPD officer using obscene language, ordering the already-kneeling youths to remain down. The officer is holding his firearm with both hands, pointed directly at one of the youths. He then approaches the young man, briefly frisks him with one hand while holding onto his firearm. 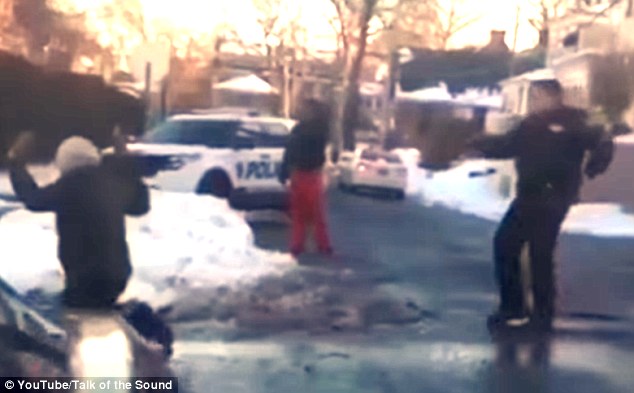 
This is the moment a foul-mouthed police officer pulled his gun on a group of teenagers - reportedly because they were having a snowball fight.
The officer, filmed walking from a patrol car, shouts 'don't f*****g move, guys!' at the group of six people standing at a snowy intersection.


This is beyond comprehension. What happened to, "Hey kids, you might hit someone walking by, why don't you take this to a park, or a less-busy street."


It is near white out conditions here right now near Pittsburgh, we're expecting an ice storm any minute. I better go warn the neighbor kids outside not to throw any snowballs......

originally posted by: framedragged
a reply to: abe froman

Guilty of being black while snow-balling.

"Guilty of being Black while Breathing."


Black while dead, so you post an article about a county using a dead white woman's body as a political pawn?


Black and white cemeteries?? What year is it...

We have no idea what happened first. This video doesn't start at "first" it starts at "middle".
That's why I object to these knee jerk anti-police theories based on not enough information.

I didn't know those kids were black until you said that.
Well that changes everything.


Let me know when the city is on fire and the looting starts "in peaceful protest".

When ATS members accuse me of hating cops...they're right.

And this is why. Go ahead...DEBUNK this.

posted on Feb, 1 2015 @ 01:20 PM
link
Sounds so reasonable doesn't it? police called to investigate a gunshot, made a quick witted decision that one or more of these boys snowballing had a gun, and therefore a better chance of winning a snowball fight. That policeman should get a medal...a very heavy medal, round his neck before a celebratory dunking in a very deep lake.
edit on 1-2-2015 by smurfy because: Text.

originally posted by: Bedlam
Isn't New Rochelle renowned for this sort of thing? The name sure rings a bell...

And similar in White Plains...pretty sure ATS discussed both.

unless one of those kids had a weapon, i find it difficult to imagine what is going to mitigate the outrage here.

So you believe that as an officer pulling up to a gun call, before you go to investigate said potential crazed gunman you should first subdue the kids throwing snowballs with threats of death?


BFFT. BFFT. Come on. You know this is standard procedure!

1) The only thing, ONLY thing that matters here is Going Home At The End Of The Shift®. If you don't agree that an officer should be able to do WHATEVER fulfills rule #1, your hands are Literally Dripping With Blood®.

2) The way to achieve #1 is to Get Control Of The Situation®. If the situation is not firmly in your grasp within seconds after your arrival, you might not achieve Going Home At The End Of The Shift.

3) Anything not under your immediate control means you are NOT in Control Of The Situation. So you must do whatever it takes. WHATEVER it takes. Things that are Not In Control include barking dogs, dogs that are ignoring you, dogs that are foolishly attempting to give you their slobbery tennis ball, small children who are talking when you are talking, anyone who ignores you, anyone who isn't in formation at attention when you turn your attention towards them, anyone who doesn't say "sir" or "officer" with every fawning reply, and MOST ESPECIALLY anyone who does NOT instantly obey your every utterance, whether it's within the law or not.

4) You are the law. You gave them an order. Therefore it's a lawful order. Har har.

5) People may not continue to have fun when you are on scene. That is NOT being in control of the situation. They must give YOU all their attention. No exceptions.

Obviously, these young pre-criminals were in violation of pretty much EVERY precept. Plus, they had dangerous missiles. Yes, that's likely what you're going to see New Rochelle's wonderful PD come up with. You watch - most every municipality has some sort of "deadly missiles" mopery law that makes it a low level misdemeanor to throw a snowball.
edit on 1-2-2015 by Bedlam because: (no reason given)


Stuff like this needs to stop happening instead of happening in an even wider and more absurd spectrum! Threatening children with guns? Where will it end?

1. Your gun violence problems that gives the police the excuse
2. Your police who think the excuse removes common sense and humanity in the way they act

No one here knows what happened because there is NOT ENOUGH INFORMATION, that is THE VERY DEFINITION OF IGNORANCE !!!

Everyone here should hang their head in shame.

Also learn to RESERVE JUDGEMENT until the facts are in.

Racially segregated cemeteries. What in holy mess with they think of next? Not asking. No, seriously not asking. Because I know if I DO ask, I'd get a seriously stupid answer with a link to confirm. *Le sigh* 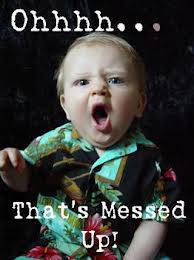