The Mithraeum of the Seven Spheres

I've been doing some research on The house of Apuleius and he seemed to have been initiated to many mysteries. This Mithraeum comes off his house. I just found it interesting that he would have such a temple with so many symbols of the cult.

Also interested whether there was any reason for him having the head of Medusa in the middle of the mosaic in his house. Or was it simply because he thought why not?

Very interesting research you are doing for sure.

I can tell you why he had Medusa there. She is the Protectress and Guard. She scares all enemies from her presence.

It would have had the same significance for him as the gargoyles that are on buildings in the UK and other places are in our culture.

posted on Feb, 1 2015 @ 06:58 AM
link
a reply to: Justmea
Due to a bizarre happenstance a few years ago I got really obsessive about Mithraism and lucked out finding a rare book about the subject.

It's odd that he had a Mithraeum coming off of his house as (to my knowledge) most Mithraeums were in natural caves. And strange about the odd arrangement of the planets.

Anyhow, Medusa represented corruption (beauty to ugly) and darkness I think, as she was some underground gorgon... Mithra in contrast, was the god of Light [the living Sun] and often had the crown of light. Perseus, the father of Persia, slew Medusa, and so her head must be sort of emblematic of the conquering of new over old (Mithraism over the old pagan pantheon), light over darkness 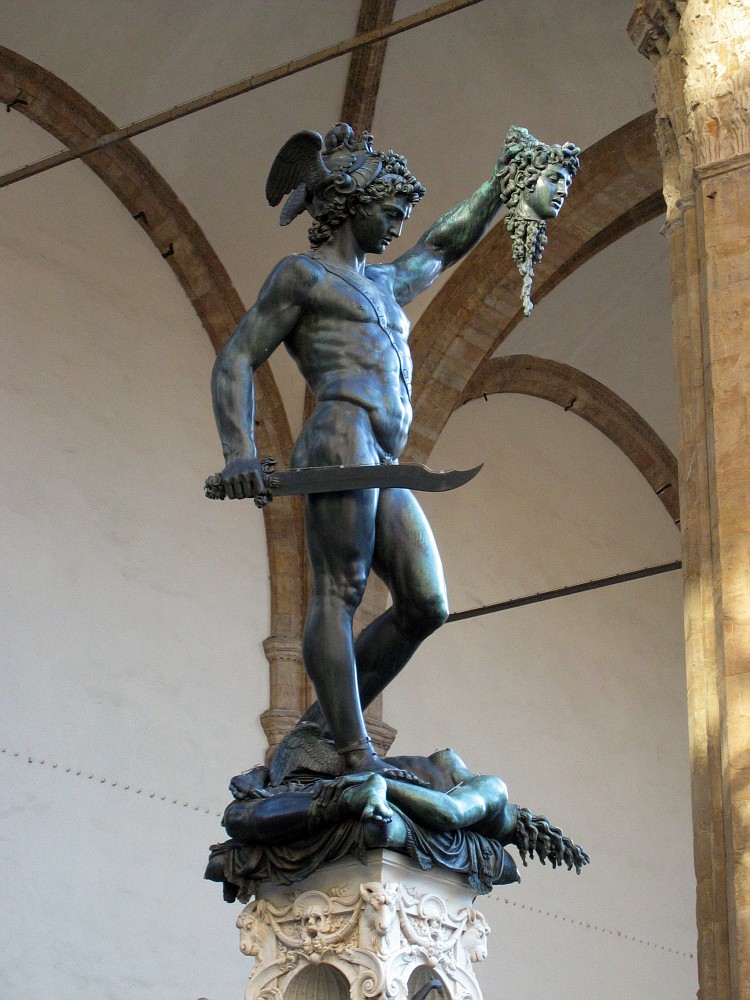 However of course, he was adopted into many pantheons rather than solely worshipped, I know under Rome it was forbidden to have a cult [singling out one god] as it would entail denying the divinity of the Emperor. Such is why many Mithraeums were underground / in natural caves. Not only for reverence of nature, but to keep it hidden.

They all had these clearly zodiacal statues, with the bull being killed, some combination of dog, snake, scorpion, crab attacking it. Seems to represent the age of Taurus ending: 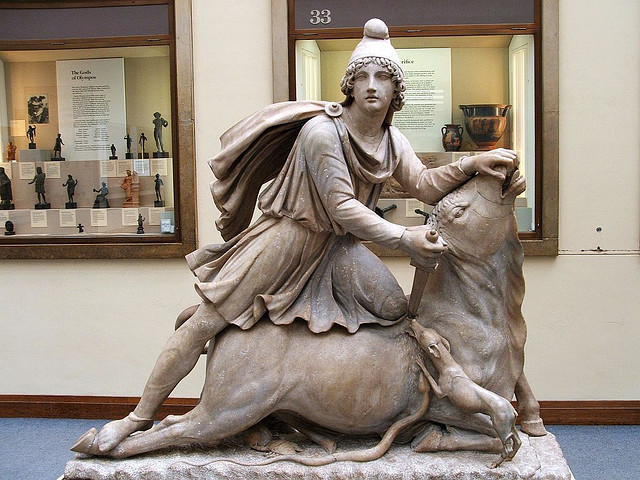 When I learned about initiation rights (including standing in a dark pit with a grating covering, a live cow slaughtered above with the blood falling onto you) it started to sound like traumatic conditioning. Just a tactic to make the mind more malleable for the cult.

It was that powerful. The military of Rome had huge influence over politics, and Mithraism was immensely popular among soldiers. If the Empire hadn't forcibly converted to Christianity, the world would right now be Mithraist.
edit on 1-2-2015 by Ridhya because: (no reason given)

posted on Feb, 1 2015 @ 08:35 AM
link
Thank you, that's really interesting to know because Apuleius seemed like a very superstitious man.

It is indeed very usual for the temple to be above group and further more there were 4 more smaller temples in front of his house. He did not hide his religious beliefs. So i'm curious as to why he had it in a public place and not hidden in a cave as Ridhya said.

posted on Feb, 1 2015 @ 10:04 AM
link
a reply to: Justmea
If you were powerful enough in Rome, you didnt have to hide your beliefs or activities - all the way up to Caligula sleeping with senators' wives and then taunting them.

So I would imagine he at least had a military retinue, and that would also explain why he was Mithraist. Im not sure though, dont know much about Rome, and dont care to.

Thanks for the post, just wondering if you could share the name of this rare book you found