In today's age, terrorism is the new communism.

Anyone tired of seeing the blatant lies coming from that pariah government?

Yes, I realize this isn't a fair or balanced post - its intentional. When combatting blatant lies and propaganda, fair analyses never hold up well.

I'm so sick of outlaw states using terrorism concerns (they ARE the terrorists..ie: false flag) to attack others. This is akin to using personal attacks in a debate, when your argument is unable to carry weight.

Ukraine's occupying government is an illegitimate government. I pray the people of UA turn on them,and expel them from the continent.
edit on 1/31/2015 by JBurns because: edited article

Your opinion isn't supported by a ton of Western countries. Most other countries are neutral. Even Belarus has come out against Russian intervention in Ukraine.

I'm tired of Russian shills posting garbage on ATS...but I don't make a thread about it.

I am in no way a "Russian shill" as you so eloquently state. I am a concerned American.

Second, of course those view points won't be supported by a "ton" of Western countries. How is Russian intervention worse than US intervention? Especially when the coup caused this mess to begin with.

I don't consider my OP "garbage," however..to each is his own, I suppose.

Either way, you'll find that, with a little education on the subject, things aren't quite so cut and dry.

What's laughable are the trolls who draw their conclusions based on the lies of MSM.

If ones only source of world news is Fox, CNN and NBC....

According to their logic, colonial Americans were terrorists also. Apparently declaring independence is somehow terroristic now?

Oh wait, it is! To the oligarchs in power...

Of course Western media is going to publish what they're told.

That's not to say I believe every pro-Russian article out there. I am certainly not naive. Both sides put out propaganda.

What isn't propaganda, however, are the votes by these republics to secede from an illegal government. That's a fact. A fact that Russia has backed up. By supporting rule if law and democracy.

Unlike the US of Ukraine.

And yet Russia sees it as the legit government of Ukraine.


What's laughable are the trolls who draw their conclusions based on the lies of MSM.

Under some definitions they would probably be correct, but I am not sure exactly what their legal definition of terrorism is.

Regardless calling the Russians "terrorists" is probably more of a propaganda move to gain support from western Europe and other states rather than Russia actually having been committing acts of state terrorism.

And once again I ask: How is the current Ukrainian government illegitimate? Even Russia recognizes it.


What's laughable are the trolls who draw their conclusions based on the lies of MSM.


You have to laugh at the OP's tag line under his name. 'Deny Ignorance' is pretty funny at this point of the thread.

originally posted by: JBurns
Ukraine's occupying government is an illegitimate government. I pray the people of UA turn on them,and expel them from the continent.

Russia didn't get your memo -

Since Russia recognizes the Ukrainian government your accusation is without foundation. It also means the constant use of the term "junta" is without merit as well.

Russia also recognized the 2012 Ukraine elections. That is important because it was those elected officials who voted to impeach Yanukovych.

Please explain to us how the government in Ukraine is illegitimate?


I'm tired of Russian shills posting garbage on ATS...but I don't make a thread about it.

Right...coming from the bloke who just dragged Putin's daughter into the fray..


Legality or lawfulness is a strictly defined notion based on norms of internal and international law. Legitimacy is a purely theoretical legal term. It is defined by law scholars and has no commonly accepted or even legally binding criterion.

Mind you, it is written by a Russian, but he does seem to know what he's talking about. Sadly, there are those that won't open their mind to looking at both sides.
Not saying he's right, but, it is interesting to read and think about...

originally posted by: Flatcoat
a reply to: noeltrotsky


I'm tired of Russian shills posting garbage on ATS...but I don't make a thread about it.


Right...coming from the bloke who just dragged Putin's daughter into the fray..

Daughter, Ex, alleged girlfriend....get it right at least, or did you not get the thread updates???

You know where I can find a pic of the alleged illegitimate baby?

posted on Jan, 31 2015 @ 05:29 PM
link
Had the OP referred to the Interim government of almost a year, that seized power without vote, made sweeping changes while running the president out of town (the event that started this whole mess)
It was believed(Russia) the transition of power was illegal Therefore all following actions could be interpreted as illegitimate. 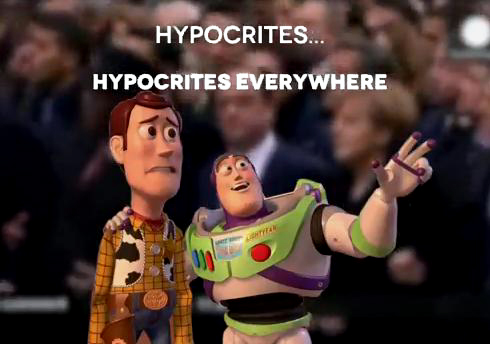