17 yo girl killed by police--Now threats by Anonymous?

posted on Jan, 27 2015 @ 11:58 AM
link
In Longview TX, girl with emotional problems arrives in police station with a knife. Ends up shot dead by multiple police officers.

thinkprogress.org...
"On Thursday, 17-year-old Kristiana Coignard was shot dead by three police officers in the lobby of the Longview Police Department. Coignard arrived at the station around 6:30 p.m. and asked to talk to an officer. Police say the girl was “brandishing a weapon” before she was shot four times.
The three officers, who have not been identified, have been placed on leave. The investigation of Coignard’s death is now being handled by the Texas Rangers.
The incident, at this point, is shrouded in mystery. Officials could not “confirm the type of weapon Coignard brandished at the officers.” Beyond the alleged, unspecified weapon, virtually no details about the events that immediately preceded Coignard’s death have been released. "
More at link.

I don't have all the details but this seems a bit extreme to me.

Now time to queue the apologists...

They were provided with few details of what transpired but were told that a video of the incident, including sound, exists.

I wonder what they plan to do with this footage, let's hope it doesn't magically disappear.

sanitizedinfo
+7 more
posted on Jan, 27 2015 @ 12:04 PM
link
Gee I wonder how first trying to talk someone down before killing them would work?

Perhaps. Or a teenage girl doing some dramatic acting-out.
Whichever--the cops who killed her are gonna have to live with that for the rest of their lives. If any of them have a conscience, it will likely weigh heavily upon them many times.
edit on 10/06/2013 by Tusks because: (no reason given)

Again
edit on 12u3412pmb15America/Chicago by Hushabye because: (no reason given)


Anyways lets applaud the bravery and heroism of these officers in the face of such a threat...

This is the mentality of a large part of the public.

Light the torches, somebody grab a rope, we'll lynch these some-beeches and find out if they did anything wrong later.

Yea, humanity is on the right track.

Shamrock6
+3 more
posted on Jan, 27 2015 @ 12:20 PM
link
The article I saw had comments from mom that the girl was bipolar and depressed and had already been hospitalized twice for suicide attempts. Seems to me that maybe she couldn't off herself so she got somebody else to do it for her. From what little is known, anyway.

Not a lot info to go off so far but hey, don't let that stop your crucifixions!

In an interview with Think Progress, Coignard’s aunt said “I think it was a cry for help. I think they could have done something. They are grown men. I think there is something they are not telling us.” Robertson went on to say that her niece had suffered from a bi-polar disorder and that her niece’s mother had died when Coignard was 4. According to Robertson, Coignard had tried suicide on numerous occasions, in one attempt she drank toilet bowl cleaner.

Her Facebook page reveals little information about Goignard. Her last post, on January 12, shows a young boy and girl seemingly about to walk into another dimension. On October 28, she posted a MEME that read, “We are in this world, but not of it.” The two groups she was a member of are “Extra-Terrestrial Races & Civilizations” and “Exopolitics Group.” 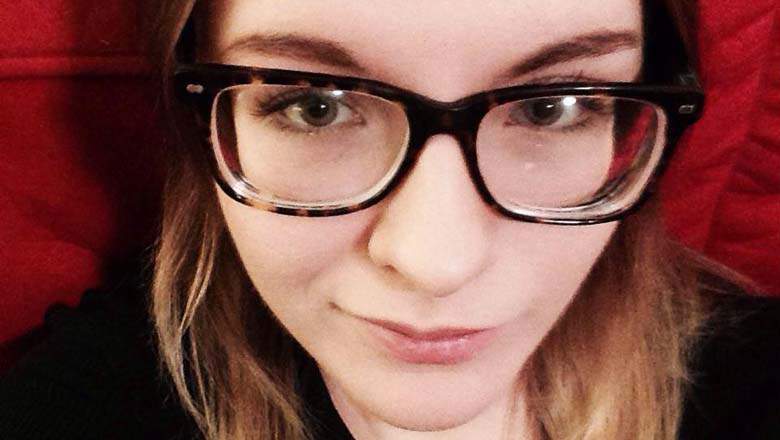 Seems this department has a problem with shooting people.

Treat the animals the same way they treat the rest of us. They have no respect for any of us. They view us with nothing but contempt. We are just potential criminals to them, and they treat us as the enemy. So they fully deserve every ounce of vitriol and hatred they get, amongst worse.

Our knee jerk reactions are just angry posts. Their knee jerk reactions end lives. They are supposed to be trained professionals. But in reality they are nothing but murderers and liars. They are worse than the most dangerous criminals in prison, because they have the law on their side and can do what they want with impunity. They know it.

Sure she may have had issues, but DONT DARE to paint this as "suicide by cop". They should not be allowed to get away with it, even if it was they should NOT have taken the bait. She clearly needs help, but its easier to just kill someone who is sick than actually help them. Its easy to # all over those who are already down.

I despise the human race.

posted on Jan, 27 2015 @ 12:36 PM
link
She had a knife not a gun and she was surrounded by police. Why do we have tazers?
Nope not ok. Anybody can go around shooting everyone that looks threatening. Nothing hard or brave about that.
If it still looks this bad After they put out the video(if they do) I'll be right their in Longview protesting this bs.