posted on Jan, 27 2015 @ 04:26 AM
link
thats right, you dont seem to want too accept the fact that the northeast U.S is headed for a disaster of biblical proportions,,

There is a general overwhelming consensus that the Rivers and seas will be reaching the high tide mark,,frozen dihydrogen oxide coming down from the skies!!! Human sacrifice, dogs and cats living together... mass hysteria!!!!

how give it some time and a news channel will say "worst snow storm in the last XX years!" that's something i never get tired of, how not matter the event, it's always the worst in an unverifiable number of years.
i've been watching the live stream for about 2 hours...the tension is killing me!

posted on Jan, 27 2015 @ 04:51 AM
link
I dont watch TV much but when I do..
I was watching for thunderstorms one day cause some people were saying they were going to be bad.. so I watch the news the lady said this..
"It is very unlikely that there will be any tornado's but we wont rule one out."
Wtf does this even mean...
I dont watch TV but when I do it seems like this line running through my head.. 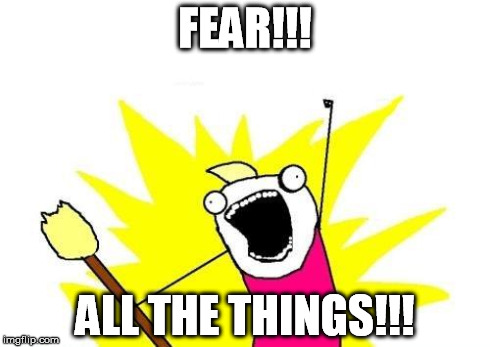 Obviously it's not lake effect that causes snowflakes to form in shapes of stars because I never seen one.
But I find it hard to believe that a storm that drops two or three feet of snow is gonna be the worst that the northeast coast has ever seen.

posted on Jan, 27 2015 @ 05:24 AM
link
2015 will be the warmist year on record, even though there could be no increase in global warming, again.
well, satellites say there is no global warming, its No Actual Science Aloud cannot make up its mind over three hundredths of a degree, according to Judith Curry, a climatologist who has a web site 'climate et.'
Now waiting to see what crap summer the northern hemisphere gets, again. Also to see if the global sea ice increases yet again, past the 1988 high.
I bet those research vessels going to the south pole will really keep an eye on the sea ice!

posted on Jan, 27 2015 @ 06:00 AM
link
Way back when I was a kid we used to call the freakish cold weather "winter". It came at the end of the year and lasted a whole 3 months! And then global warming happened. Duh duh duuuuh! Climate change brought "cold snaps" and "the polar vortex" and life as we know it turned upside down.

Next up - SPRING! Beware the SPRING! Heyfeverpocolypse! Its being renamed. We'll soon hear the reports that temperature is INCREASING! Do you hear me people! It doesn't just get colder! Sometimes.... Just sometimes... It gets WARMER!

Lord save us from ourselves

posted on Jan, 27 2015 @ 08:31 AM
link
Sometimes I think we are a species with our growth stunted. We start acting like our ancient ancestors, ready to start up the human sacrifices during an eclipse to try and bring the Sun back.

I live in one of the driest, and warmest places in England. During my life, snow has been a novelty, rather than a yearly occurrence, but it was not always that way.

My mother grew up in a town just outside London, and every year of her childhood, without fail, it would snow hard enough, and be cold enough, that every body of water to be found in near enough the whole country, would be frozen to the point of being used as a skating venue. That was basically all the way through the fifties and sixties, but since then snows have become ever rarer in the south of England.

That said, I was born on an exceptional March day in 1985, when despite the fact that winters grasp would normally have relented by that point, there was much snow on the ground. But that was a very rare and exceptional day, not at all the norm during that period!

That aside, there IS a difference between the prevailing weather of yesteryear, and the current situation. My interest is rather less in what is causing the change, but in how to mitigate for it.

That would be a lie that anyone should be able to sort out quickly since the storms we got last year were MUCH worse than this storm is.

This time of year (for those of you that aren't aware), is called 'Winter', and during 'Winter', when precipitation falls (usually), it falls in a crystalized state commonly known as 'Snow'.
'Snow', when it falls, doesn't just puddle, and dry up under the sun, the way its liquid form does (that's called 'Rain', by the way); it piles up, and needs to be shoveled, and removed.
When enough 'Snow' falls, accompanied by strong winds, those events are referred to as 'Blizzards', or if the intensity isn't as high, as 'Nor'Easters', or just plain 'Storms'.
These 'Blizzards', or 'Storms' (as the case may be), are common events, and in certain parts of the world, they are the norm.
Just to reiterate, there is no need for any legislation to be passed, no need to relocate (unless, of course, you just don't like 'Winter' weather), or to change our living habits. What is required, is a good pair of boots, a coat, hat, gloves, shovel, a snow blower (if possible), and a little common sense.
edit on 1/27/2015 by ProfessorChaos because: typo

posted on Jan, 27 2015 @ 09:45 AM
link
Though it appears that NY's annual storm of the century did not pan out, Boston is getting hit as advertized.

originally posted by: Beartracker16
Though it appears that NY's annual storm of the century did not pan out, Boston is getting hit as advertized.

We've got a bit (I'm in the Boston area), but it's not a storm of 'Biblical' proportions, by any means.

This particular storm still hasn't cracked the 'Top 10', yet.

That's not saying that it won't, but I've been looking around outside, and I don't see civilization ending anywhere.

Rofl, your reply was good but that last bit about the live feed slayed me..

NY mayor saying people had to stay in doors...What a MAROON!!!!


When I grew up in Alaska, they didn't say you couldn't leave your house. They simply said "Go ten feet from your front door improperly dressed and you might DIE from exposure...".

Given that I am alive today, it could be sense that I heard sense in these words and didn't go outside. No need for a declaration stating it would be illegal to go outside. Talk about nanny states and their mentalities.