Carlin is right in that the people of the U.S. are asleep. They WILL eventually wake up...because there's growing grassroots groups of citizens in this country sounding the Alarm...instead of automatically resetting the 'Snooze' button each election year.

the sad reality for the republicans is the koch brothers will be selecting their nominee soon, which means more of the same big oil agenda

as an independent and middle class american I am not excited by an agenda of less regulation on polluters, tax breaks for the rich and pipleines to nowhere
edit on 25-1-2015 by syrinx high priest because: (no reason given)

I agree, the ones who control the money are the ones that rule.

I find it sad that people still think voting left or right will 'fix' the problem.

There is NO political solution to the worlds woes. A sad reality.

But as long as groups can play the blame game, they are blinded to reality.

As long as the illusion of choice is given, the sheeple are divided and the controllers at the top win.

originally posted by: shauny
a reply to: xuenchen

I have no hatred here, I am asking a question. A real one many Americans avoid.
America is the country on Earth right now that has the World in it's hand.


Well maybe not hatred exactly but contempt certainly. Coming in and waving your finger at some video interviews of dumb kids that probably couldn't name any politicians accomplishments or contributions because they are too distracted by their hormones to understand anything else is not a good representation of our "youth". There are those kids at any University, just like there are thoughtful informed ones. They edit and often only represent the idiots in agendatized videos because they are trying to convey a perspective not reality. I'm sure you could find just as many stupid kids on a campus in the UK or Germany or... wherever.

originally posted by: shaunyDo you never ask why people around the World ask questions?

Well I guess I am a stupid American because I don't understand your big question that we all avoid. Why do we never ask why people around the World ask what questions? Can you be more specific? Is this even your question, because it just doesn't make much sense. Did I miss your real one? I take it as a given that people question what we do because as you said we are rather important on the world stage. Is that what you meant? If so, then yes, people should question everything that we do. No arguments here. I really just don't understand what you are asking though. Whether that is my stupidity or your poor communication skills is up in the air for interpretation though I suppose.

originally posted by: [post=18919124]shauny[/postYour Government is leading us all to a big fake war on Terror. A War invented and paid for my America..You should know this my friend.

Completely and totally agree. Plenty of Americans agree with you as well. I don't know if I can say "most Americans" because they don't ask citizens questions like that and publish the answer. It's like the Romans not wanting the slaves to know just how many slaves there were for fear of revolt.

originally posted by: shauny
Education makes a populous understand reality. I have been on this site 10 years + and I see awakened Americans, as the years have passed many more have woken up. The USA and UK (Call it London because it ain't in Scotland's name) have fecked this World. Now we all pay a price.

True enough... But proverbs about motes and beams come to mind I must admit.

Americans hate the certain parts of the middle east cause they breed the people that attack us, why would the reverse not be the same.

Pretty sure if we keep killing their families then they are going to keep being extreme about it.
So not sure how little we have to do with it.

I do not think you understand... They kill each other... I agree they use the west as a foundation of hate for that extremism, but it is our lifestyles they hate. It is the west's lifestyle they want to kill. The amount of true attacks in the west per year is nothing compared to what they do to each other DAILY. It is about total control on the masses and the west lifestyle is in direct conflict with that.

These extremist are fighting for their extreme ideology and whether an American soldier, French editor or a crowed muslin market full of women and children are in front of them they will kill if it supports that ideology.

I spend over a year there and I do not hate them, I do not hate their way of life and I have enjoyed much of it. I saw American Sniper and I didn't do something like cheer inside every time he took a shot. It was funny when I left the theater there is no music at the end and EVERYONE was quite and sullen, so I do not know what this anti-Muslin rage the media is reporting about the movie...

No I understand, you seem to be implying that what we have done over there has little to do with thier hatred towards us and I just don't agree at all.
I think it's more then just a life style they hate once we blow up a kids house while he is gone and his family is now dead.
And of course they kill each other, so does every country.

As far as the anti muslim hate form the movie, I saw plenty of tending twitter post that dis agree and show what some of the fuss was about

-Moved to a state she had never lived in to secure an open senate seat (then promptly left the state)
-Vince Foster/Whitewater affair
-Kicked out of a law firm for unethical behavior (when lawyers say you're too unethical...)
-Bengahzi

Our choices suck, here we are about to be voting for the same families again like some dime store monarchy. it has never been more obvious to me that the fix is in. 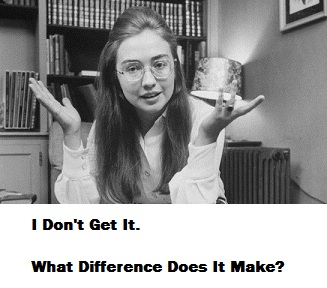 They vote for Legacies, admiration of a family predesessor.

Too many Americans vote with Emotions, not logic (or issues)

Too many Americans seem to know nothing about the clowns they vote in.

Too many Americans have no real beneficial (exept for corporations or the well to do) candidates to choose from.

Why is America so screwed up?


Of course, I am talking about the brainwashed majority, not the ones who think critically with logic and common sense.
edit on 25-1-2015 by Toadmund because: (no reason given)

Not where I come from my friend.
Did you watch the other video?

Your Government is leading us all to a big fake war on Terror. A War invented and paid for my America..You should know this my friend.

What stops you from putting on a suicide vest and killing a few hundred?


It seems the common thread to many of these posts is that when the US farts it creates 1000s of suicidal extremist. Even when Muslin on Muslin violence is on the level of 13th century evil type stuff it does little to create anything but dead people, but somehow if the US does anything, nice friendly people turn into psycho killers on a level not seen since the Nazis.

These extremist are grown from within their country in factory type schools and the US has little to do with it.

America caused, created and funded ISIS and Al Al Qaeda. The problem came when America caused religious hatred all around the World. Are you denying this my friend? 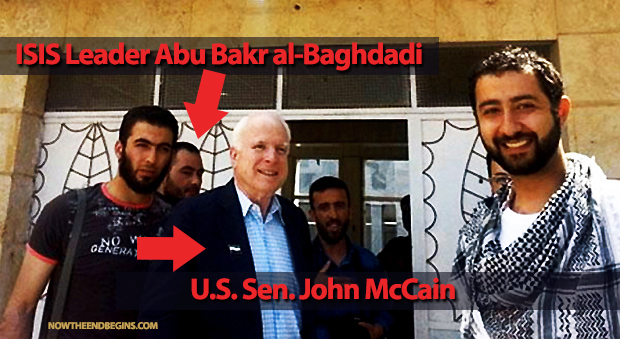 Well said. 100% right from where I sit and research

posted on Jan, 26 2015 @ 07:19 PM
link
I remember when Hillary Clinton lied to the entire world about coming under sniper fire in Bosnia?.

Anyone else remember when she blatantly lied on national television to the entire world about this?

Are the people who vote for her in any sort of capacity really that stupid?

I dont much care for this reality TV at all but im pretty sure it wouldnt take long to find out what a twisted psycho this character is.

Thank you, you are right.
Sadly, of course

Go look at the other video. 16 year old's engage and talk Politics here no problem.
So it does boil down to education.

You answered all your own questions there.

Pffft man you honeslty saying if you started askin random neds at lunchtime your gonna get much of a coherent answer about politics?, ill take a drive through Paisley tmrw find some neds jaked on buchy and start asking them about politics lol.

America caused, created and funded ISIS and Al Al Qaeda. The problem came when America caused religious hatred all around the World. Are you denying this my friend?


What I deny is that this Islam extremism is a US creation. That extremism has always been there, it is not anything new. 95% of the violence is Muslin on Muslin that goes back to the power struggle after Prophet Muhammad's death. What we see in the west is just a splash over as to what really goes on.

What created ISIS is the vacuum that Obama left with our total departure, and this age old hatred within the Muslin would between the Sunni/Shia. The Shia slammed the Sunnis and so ISIS sprung up in defiance, and grew with nothing to stop them, not really a US creation.... well unless the US goes back a few 1000 years...

Sorry but the rise of militant islam in the modern era is very much a creation of the UK and the U.S, this goes as far back as the early 1900's when the British Empire over saw the destruction of the Ottoman Empire. I really think you should be able to discern that "Muslin on Muslin" violence can be attritubted to many historical factors but that is certainly outwith the context that is being reffered to. And to attribute 95% [source lol] of all violence to Sunni vs Shia is a gross over simplification of what is actualy happening.

This most excellent documentary will help explain how America effectively allowed Saudi Arabia to flood Afghanistan with fanatical Wahhabist's, all trained and financed by America of course.