The Likely Cause of Addiction Has Been Discovered, And It Is Not What You Think

page: 1
121
<<   2  3  4 >>
log in
join
share:
purplemer
+106 more
posted on Jan, 23 2015 @ 01:05 PM
link
I think studies like this are important they help us look at problems in a different light. We are taught that certain substances cause addiction and although this is not in dispute it seems the reasons for addiction might not be as simple as first thought.

There is a simple well known experiement in which you put a rat in a cage alone with two water bottles one containing a addictive substances and the other plain water. The rat will quickly become obsessed with the water containing the substance and will eventually kill itself.

Professor of Psychology Bruce Alexander noted the experiment odd. So instead he designed it differently. 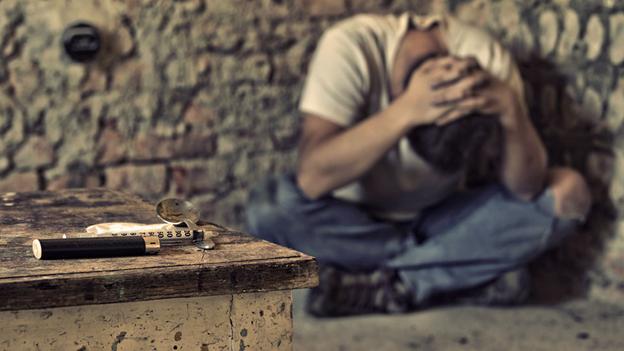 The rat is put in the cage all alone. It has nothing to do but take the drugs. What would happen, he wondered, if we tried this differently? So Professor Alexander built Rat Park. It is a lush cage where the rats would have colored balls and the best rat-food and tunnels to scamper down and plenty of friends: everything a rat about town could want. What, Alexander wanted to know, will happen then

The rat drank from both bottles but then chose to drink from the clean water. The rats with happy lifes had no or little need for addictive substances.

This is not just a quirk of rats either.

In the Vietnam war heroin use was common among soldiers. when they returned home however things where different.

But in fact, some 95 percent of the addicted soldiers – according to the same study – simply stopped. Very few had rehab. They shifted from a terrifying cage back to a pleasant one, so didn’t want the drug

To me this speak volumes of the types of societies we live in. We cannot look at drug addicts as isolated cases. The world we live in plays an intergral role in defining problems of drug addiction. Addiction is an illeness of the individualism and society.

Makes absolute sense. If one is happy and loved, why use drugs?

A need for the drug is more powerful than the drug itself, in the beginning.

Once hooked, the drug is in the drivers seat. The addict is just a passenger along for the ride.

Brotherman
+1 more
posted on Jan, 23 2015 @ 01:32 PM
link
It can be difficult in the real world to get happiness, so many times in my experience I can seek it and always come up short. While I agree to an extent I have to ask, what happens to the rat when it has to actively work to build his happy cage? I know the idea of a rat building a cage is ridiculous I do however find it not ridiculous or absurd to say the same about people, they cannot all find happiness when there is so much work to be done. The world we live in whether designed this way or just a result of economy and business is not so simple. Honestly there is alot to be unhappy about more then there is to rejoice over in many cases. just my opinion but thanks for sharing!!

For the Rat, it goes to show if it has good slave masters it can be a happy slave, no matter how you look at it, a cage is still a cage, rats in the real world prolly do what they can to avoid poison as it is. For the little guy, at least if he wants to party with his friends in jail he got plenty of toilet hooch to go around.
edit on 23-1-2015 by Brotherman because: (no reason given)


Makes absolute sense. If one is happy and loved, why use drugs

Yes it does make sense its a shame we need a study to confirm it.. The more you have in your life the less you need stuff to hide from reality.

I agree with ya OP so please do not think to much about what I am about to say. The soldiers returning home......It might have more to do with access to the drug. In country it was very easy to attain out of country not so much.

Hello and thank you for your thoughtful reply.

It can be hard to find happiness in the world. There was a period in my life (staying in ats terms and conditions) that I was very lost. Trying hard to hold on to what i had and realy having nothing.
Now in a later phase of my life I have half dropped out of society. I live as far away from the beast as is possible. I have so much to do and explore in my life and its a very different. I dont have time to be lost anymore. Where you are and the peeps around you played an important role in dertmining happiness..

posted on Jan, 23 2015 @ 01:39 PM
link
This makes sense to me, but something to take into consideration would be what psychiatry calls, "severe depression". This is a chronic sense of sadness that environmental changes have little to offer. It would seem even in the richest of environments, genetic bad luck could still cause some individuals to seek happiness through exogenous substance (ab)use.

Another curious find is that drug addicts don't tend to be isolated to low socioeconomic neighborhoods. What you'll see is that the richer neighborhoods sometimes have the best goodies, but they keep it a bit more low-key. I'm not sure this perfectly translates to our species, but is certainly something to take into consideration. My guess would be it's less about material objects with human beings than in rats. It's more about the feeling and perception of being loved and useful to society. That's a biggie, and a lot of people struggle with this.

I agree with ya OP so please do not think to much about what I am about to say. The soldiers returning home......It might have more to do with access to the drug. In country it was very easy to attain out of country not so much.

Yes I agree it is difficult to understand the facts when the involving factors are so complicated.

Not everyone is capable of getting out of the rat race is my point. While I suppose the NWO (yeah for the rat a one world socialist governing body) did hook him up nice. For people and the animals and environment we continue to change it is not realistic. I am not talking about economic freedom either, There are hundreds of millions that cannot get out of poverty, war torn counties, etc. As a human race we could probably change that, but we don't tptb would rather sell you a trinket here and there just pieces of happiness at a time. If that rat was capable of anything other then scientific study you bet your ass it would be put to work doing other things.

posted on Jan, 23 2015 @ 01:55 PM
link
I wonder how many teens, if any at all, can say they have a happy life? There's a lot to say in following a peer group, especially among the lesser active/bored ones who are not involved in sports or some such activity or who only have one set of friends.

I love it! Wonderful Find, Great Topic!
This has to open the minds of soo many people.

posted on Jan, 23 2015 @ 03:20 PM
link
It is well known that people take drugs for one reason: it makes them feel good. This can be recreational or a "solution" to a situation that they are unable to deal with. After a while, drugs are necessary just to keep from feeling bad, rather than feeling good. That is when the dopers really get hooked and will do just about anything for a fix.

posted on Jan, 23 2015 @ 03:33 PM
link
And yet, happiness is not a function of one's environment. If it were, people like Heath Ledger and Philip Seymour Hoffman should not have died. They had every resource to make their environments happy places. What is their excuse?

My contention is that happiness is an internal state of being, not external. You have as much to do with how happy you ultimately are as your environment does. That's why you are only guaranteed the right to pursue happiness. No one can guarantee that you will ever catch it.

Yes and I never understood how people thought drugs made them feel good. I just don't see it myself.

Everything on the outside becomes part of the inside, it is yet something we as people need to change for ourselves and each other my friend.

posted on Jan, 23 2015 @ 03:43 PM
link
It should also be taken into consideration that not everyone's perception of the " plain cage" is the same. One persons "plain cage" might be a run down apartment in a bad part of the city, while another persons might be a nice house with a white picket fence in the suburbs. I think it has more to do with the sense of being trapped in a situation or unhappy with a situation, and the substances are the temporary escape.