It might sound like something from a science fiction film like Avater but there is increasing evidence to suggest that plants and trees form there own networks capable of sending resources and communication. These networks can link hundreds of trees together at a time and are formed between the roots of trees and fungus networks know as myceli. 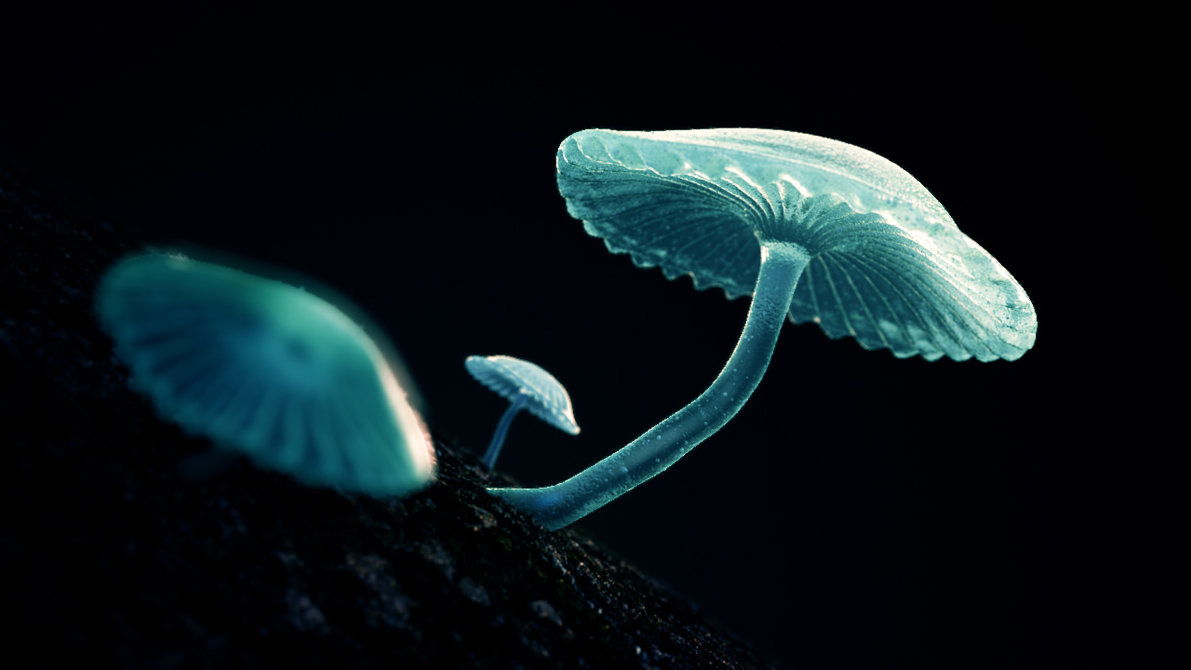 The more we learn about these underground networks, the more our ideas about plants have to change. They aren't just sitting there quietly growing. By linking to the fungal network they can help out their neighbours by sharing nutrients and information – or sabotage unwelcome plants by spreading toxic chemicals through the network.

These networks can both take and give. Large trees known as mother trees can send food out to other trees. They send more food to there own offspring but can even send it to different speices. They can send out chemicals to disrupt and interfere with the growth of competitors or evesdrop on other plants to see how well they are doing.

The network is very much like an internet in which plants can commit cyber crimes by breaking into the network and stealing nutrients from it.

Some of these plants, such as the phantom orchid, get the carbon they need from nearby trees, via the mycelia of fungi that both are connected to. Other orchids only steal when it suits them. These "mixotrophs" can carry out photosynthesis, but they also "steal" carbon from other plants using the fungal network that links them. 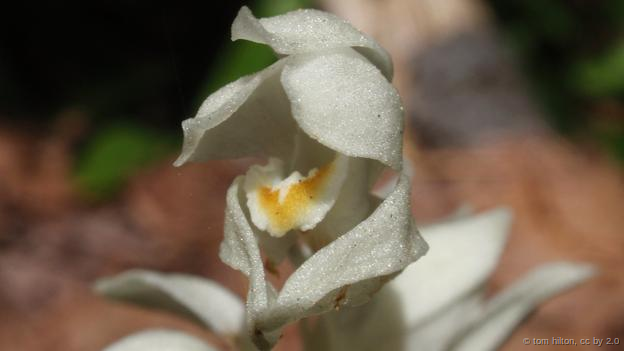 Below is a short Ted Talk about The networked beauty of forests - Suzanne Simard. It looks at how the networks plants use and simialr to the neural networks in the brain. These ideas are changing the way we look at life on earth and its interconnectiveness.

For me this might just be the tip of the iceberg maybe we are dealing with a type of consciousness that we dont understand. It is intresting to note that some types of mushrooms have profound effects on our own consciousness too.

Some of the ideas in this thread are shared in a thread I done last year. Worth a read if you are intrested.

Why trees are even more awesome than you think
www.abovetopsecret.com...

posted on Jan, 22 2015 @ 01:46 PM
link
Fascinating! I've always liked to think that the forest, at its heart, is an incredible, indeed "magical" network of plants which are all in communication.

Speaking of fungi, just the other day I was reading about the incredible Chaga mushroom.
The Chinese call it the "King of Plants". The Japanese call it “The Diamond of the Forest".

This is really interesting...im curious to see if the number one thing they access is plant porn...just like our internet.

Seriously though this is a really good thread...plants always interest me.
edit on 22-1-2015 by rockpaperhammock because: (no reason given)

Hello glad you liked the thread. I got given some Chaga just a month ago. It is a powerfull healer or so im told. The best thing to do with it is pulp it into a powder and then leave it in a strong alchohol (96%) the best and make a tincture. It is found on silver birch if i remember correctly. Im sure you could get some yourself if you wanted..

A picture of my Chaga. May put a thread up in near future on how to make tinctures.. 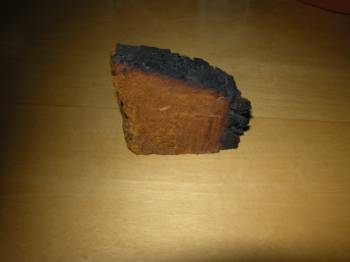 originally posted by: Flesh699
I wonder if we are a highly evolved form of fungus???

Although we are seperate from the plant and fungi kingdoms we do have some very common ground with fungi.

Its an intresting question and maybe a full answer falls out of the remit of ATS. There are certain species of mushrooms that when ingested some say allow you to enter another place of knowledge. Maybe its our way of plugging into a network. Maybe that network is universal...

thank you for your reply...


Plants always interst me too. I enjoy growing them, eating them, conserving them and using them for medecine .

posted on Jan, 22 2015 @ 02:20 PM
link
And the mushroom itself is an offer of access to the plant internet, should some animal accept the generous, loving offer.

originally posted by: HUMBLEONE
And the mushroom itself is an offer of access to the plant internet, should some animal accept the generous, loving offer.

Well put.. In my opinion time spent on plant internetz is not time wasted.....:-)

originally posted by: Skid Mark
This reminds me of a book I used to have. It was called The Secret Life of Plants. Have you ever read it? Here's a link

Thank you. I have not read it. Might order a copy to look through..

Hi, great thread! This really fits with the idea that plants offer their own 'personalities'. You get a very different feeling walking in the woods than you do sitting beside some roses, for example. They speak to each other and they speak to us, too. And it could explain why some plants make bad neighbours to each other; they just won't grow together until you move one of them and then they both flourish. Even when the soil conditions are identical, levels of sunlight etc - they just don't seem to like each other.

And yes, mushrooms do seem to be connected to higher consciousness on many levels.

posted on Jan, 22 2015 @ 03:12 PM
link
Yes although I've yet to read 'The Secret Life of Plants' I can endorse author Peter Tompkins' thoroughness and depth of research. I read his 'The Magic of Obelisks' which although sometimes dry, had a profound effect on me. Also ANYONE that's interested in plant intelligence, DNA and mind altering 'research' will do very well to pick up 'The Cosmic Serpent The Cosmic Serpent
and/or Rupert Sheldrake's 'The Presence of the Past' and delve deep into a new way of seeing, well, everything.

posted on Jan, 22 2015 @ 03:23 PM
link
Very, very cool! I have read something about this in the past. Now I am not one of these environmentalist save the tree's type of people, but I do have much more respect for them as a living thing. When I go into the woods to do some primitive/dispersed camping and bushcraft, I will only use dead wood for shelter building and other related tasks.

I can see why the Indians and other cultures have much respect for the land. They surely knew much more back then about topics such as this. Thanks for the post OP. S-F

What an interesting thread explaining about the communication in the plant world. At least plants don't have the greed and power struggles us humans suffer from so perhaps we should have more respect for plant world.

Thank you.
I would guess we could learn a lot from plants and how they distrubute their resources. They have been around a lot longer than us..

originally posted by: HUMBLEONE
And the mushroom itself is an offer of access to the plant internet, should some animal accept the generous, loving offer.

In one book I read the author came across a goat guarding its own patch of hallucinogenic mushrooms, add that to the fact that reindeer were kept happy with the Muscara mushroom. In fact monks having digested said mushroom were said to sell their urine to the worshiping flock. As a sacrament as it was still potent. So the OP might have something.

originally posted by: 3NL1GHT3N3D1
The more I hear the more likely Earth being a living organism seems to be. Maybe Gaia isn't a myth after all.

Thank you for your reply...

I dont think Gaia is a myth I think its very real and we are only begining to understand the complexity of our home..