What kind of coin is this

posted on Jan, 22 2015 @ 01:18 PM
link
Hello all. I am just curious what kind of coin I have in my possession. Links will be provided below. If anyone could let me know what kind of coin it is, I'd appreciate it. I live in a very culturally diverse area of Montgomery County PA and I'd like to learn more about the people I live near. This is just part of that experience. 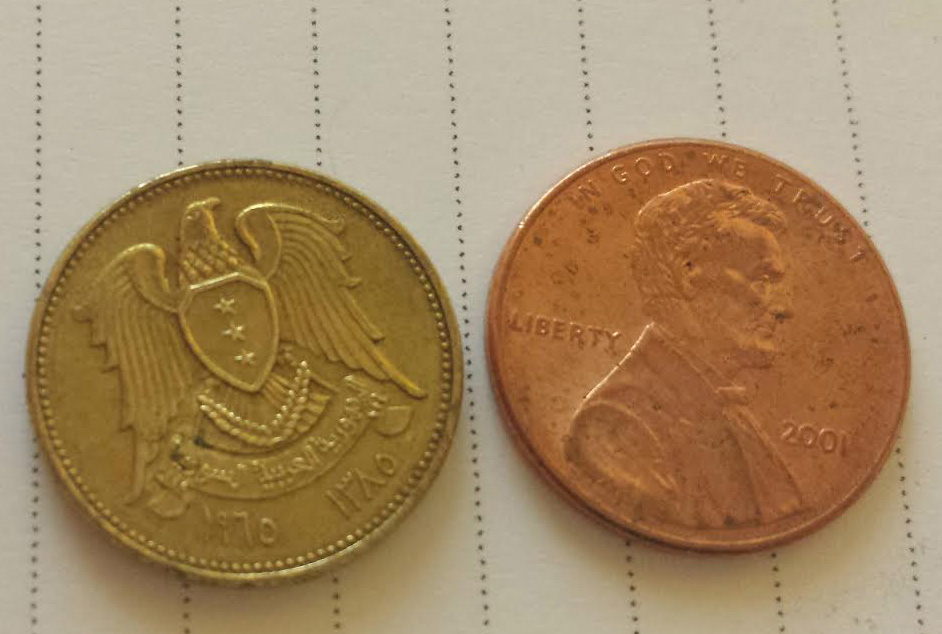 It's a Syria 5 Piastres, this one is the same, except for the numbering as it's from a different year. 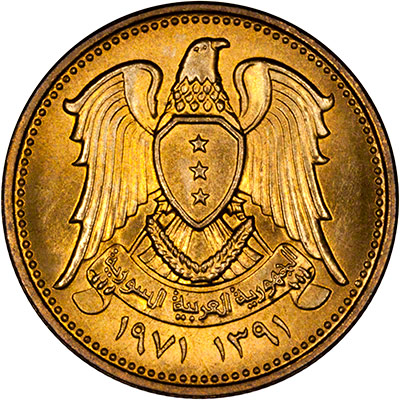 LINKY is the same, except for the numbering as it's from a different year.

In the future, look at the writing, determen the language, and take it from there. This is what I do with all my coins in my collection

That is a cool coin!

I collected coins for many years, mostly US, but picked up some here and there that were from other countries,
and I always loved those more than the US coins.

I once had one that I didn't know what it was other than it was big like a silver dollar made of silver and very old.
Bought it in an antique shop for a buck, and later, I needed money really badly and sold off a lot of my coins and it took the guy forever to find the coin in his books. It was a Turkish Trade coin from I think the mid/late 1800's.
I couldn't understand anything on the coin, not even the date.

I sold it to him for $9,
and then forgot about it until few years later when I saw almost the same exact coin in a book for almost $700.

posted on Jan, 22 2015 @ 09:09 PM
link
Coddy, thanks a lot. I really do hope you are correct considering you are the only one who answered the question.

IndependentOpinion, sorry but I can't understand the letter and don't know where to start looking. Why possibly search through many coins or languages when hopefully someone here could assist in my search for an answer?

Darkblade, I consider myself a coin collector. I just happen to find them as I go. Older coins are always more interesting to me because I have this idea that its more likely to contain more valuable metals. I will continue to collect in the future and hope to find more interesting coins.

That is about how I collect them now, just keep adding as I come across stuff.

If I know someone who is heading out of the country for a vacation,
I always give them a few dollars and tell them to switch it for change while they are there and give it back to me.
That works out pretty good.

No problems
The lettering is Arabic numerals not writing per say

I have learned to never give away or sell any of my coins or notes.

I have collected money from all over the world.
England, America, Canada, Spain, South Africa, Saudi Arabia, Israel, and even Finland, Iraq and Switzerland.

Yeah, I wish I never had to get rid of any of them. I still have a healthy collection, but when the price of silver went up, it was right at a time when I was between jobs and needed to have things like milk...lol

It has happened a few times over the years.

The coins from around the world though I never sold off,
just the US ones.

I have a Japanese 2 Sen piece from the 1800's that has a coiled dragon on it, and I think that one is one of my favorite coins out of the collection I now have.

Canada has some pretty cool 2 dollar coins too.
And Mexican coins I also think are very cool.

I think somewhere in all of the coins are some Cuban cents from the 1940's and lots and lots from Finland and Norway, Italy, and a friend of mine a few years back grabbed me a bunch from Ireland.
Then there is the Chinese coins, which I have some that date back into 40 BC up to the 1980's
China actually had some of the most interesting coins I have seen as far as shapes and sizes.