posted on Jan, 21 2015 @ 12:15 PM
link
In post WWII Idaho, they had a problem. They had too many beavers causing problems (flooding potential) for the expanding population that was growing rapidly in Idaho after the war, so Idaho's department of fish and game came up with a winner of an idea. Take those troublesome beavers, strap them to left over parachutes from the war effort and drop them into some of the roughest country Idaho had to offer. It was a win win plan. The beavers were out of sight and out of mind and surprisingly enough the survival rate of parachuting them to their final destination was better than taking them there on foot.
Similar delivery methods for transporting wildlife to remote location have been done like this (Some alpine lakes are "seeded" with live fish from flying airplanes) but this time it's a 60 lbs beaver that get the air delivery method. At least they were kind enough to give them a parachute.


"The Saga of the Skydiving Beavers" sounds like the title for a quirky children's book, but it's also a fitting epitaph for a strange, true story of an unconventional approach to habitat resettlement. In 1948, Idaho's Fish and Game service decided the best way to keep beavers away from growing urban centers was to strap them into old surplus World War II parachutes and airdrop them in the backcountry. The weirdest part of this story? It worked.

It worked so well the man who came up with the scheme released a study called "Transplanting Beavers by Air and Parachute" detailing the process. Elmer W. Heter explained that beavers needed to be moved because they were a nuisance in settled areas but an asset to wilderness habitats. The issue was that it was hard to transport them to the appropriate places in Idaho because the backcountry was remote and hard to reach. At first, they tried to use mules and horses to carry the beavers into the wilderness, but the pack animals were "spooky and quarrelsome" when they had to carry angry, live beavers. Fair enough. The beavers hated it too, often refusing to eat or becoming "dangerously belligerent." 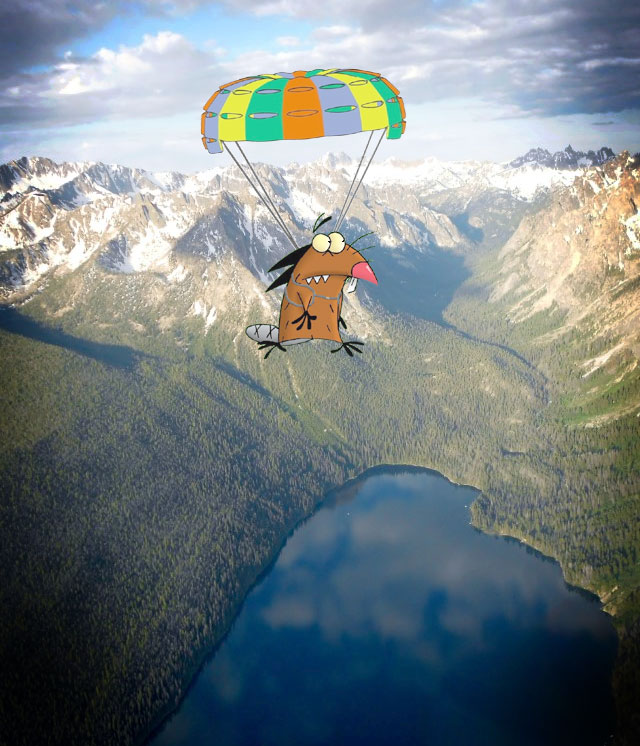 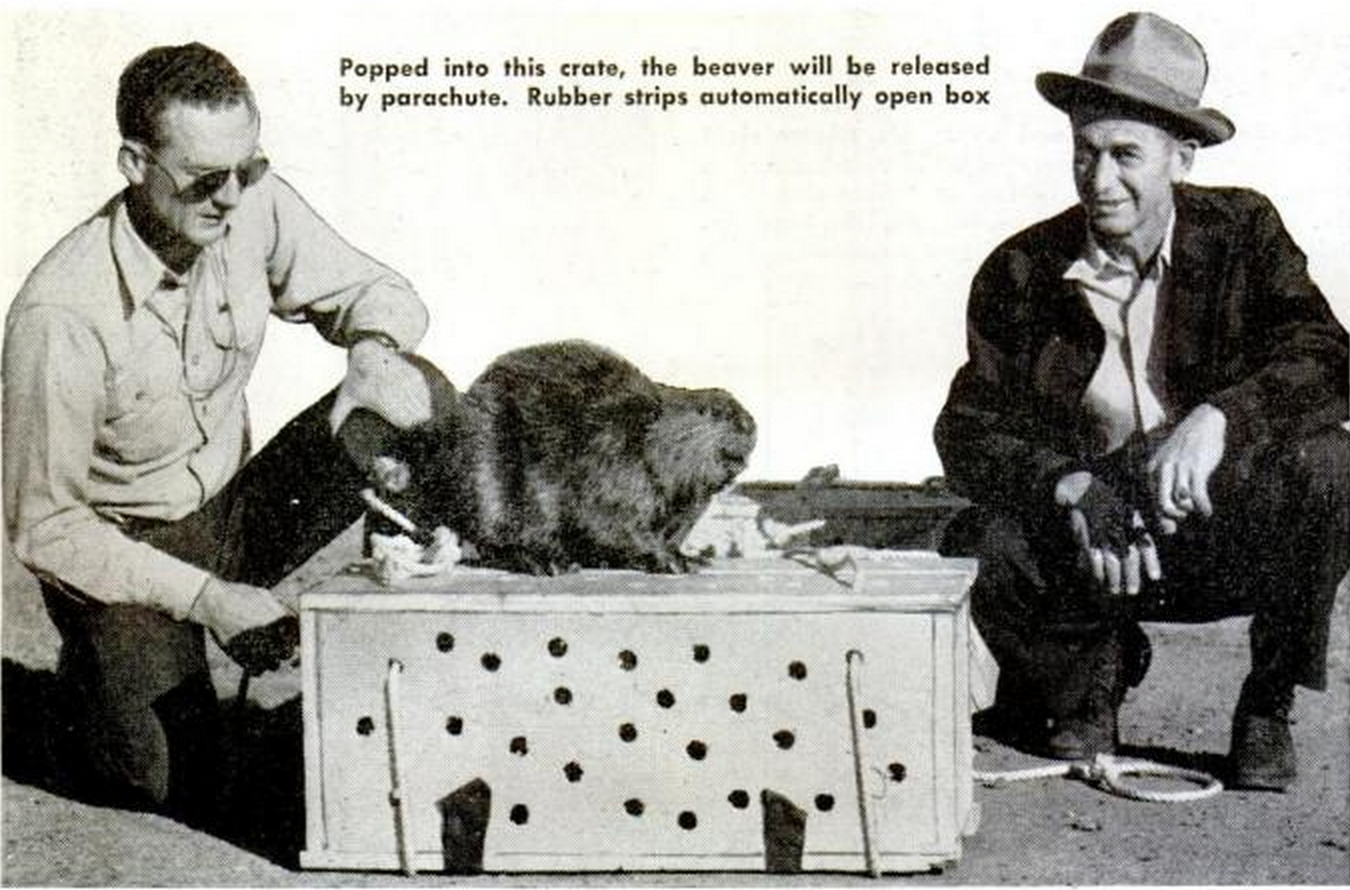 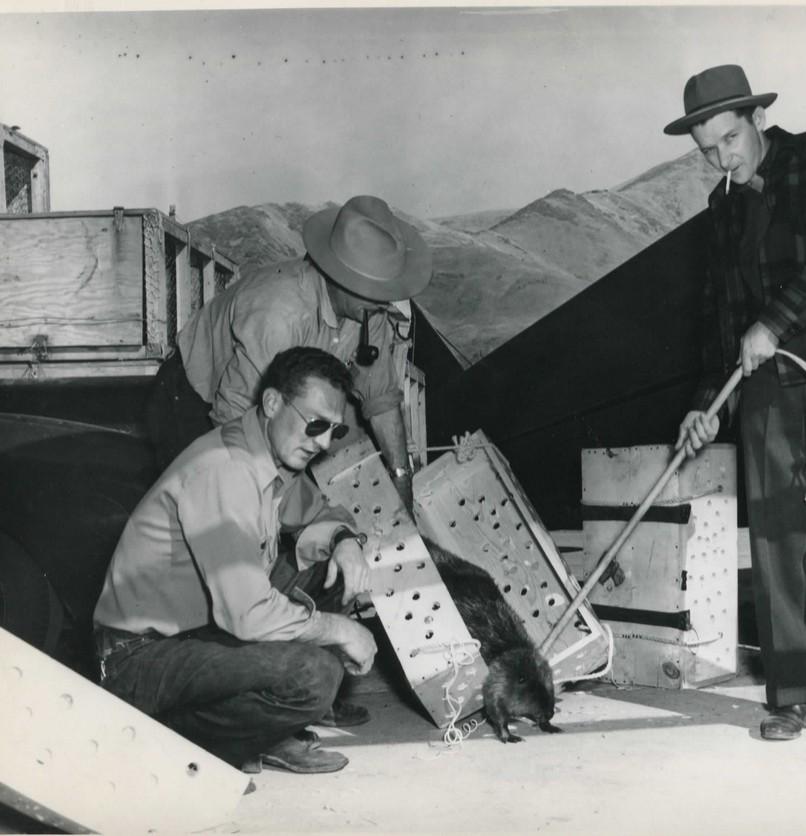 I had a bite of bbq beaver, it smelled like formaldehyde and tasted pretty gross (my buddy was a trapper) it's normally made into soup. I also remember hearing that you never want to get to close to a beaver on land because they can jump really high and attack when threatened. Cool post. Beavers also mate for life and help create habitats for all the other wild critters.

posted on Jan, 22 2015 @ 06:12 PM
link
that is CRAZY.
here in central cal, the beaver was hunted to extinction by the time of the gold rush, or so it was thought.
Somehow beavers found thier way back into the san joaquin river drainage by the mid 1980s, and can now be found in all of the major waterways of central cal.
I'll bet your beaver paratroopers might have had something to do with that.
The northern part of the san joaquin valley, the sacramento valley, used to connect to the snake river drainage, during last ice age. I belive the feather river was the original conduit, this was discovered by the fact that there is a very rare fish that is only found in two places, a dead end branch of the san joaquin and in the upper snake.

Kind of sad though, wondering how many beavers parachutes didn't open.

And could you imagine being anywhere near, when that box opened? P'd off, confused beaver? Nasty mean creatures.

posted on Oct, 24 2015 @ 08:21 PM
link
I ran across this a couple of days ago and thought I'd come to ATS and start a thread but found this one. I realize this is an old thread but I thought I'd add something new to it anyway.

A video of the parachuting beavers has surfaced. The circa 1950 film was was mislabeled and stored away somewhere and recently discovered and converted to digital.

It's interesting to see how our social conscience has changed in the past six or so decades regarding animal fur. It's also fun to see the old-time vehicles in use during that era.