page: 1
73
<<   2 >>
log in
join
share:
cuckooold
+59 more
posted on Jan, 19 2015 @ 10:36 PM
link
I'm currently in a very warm city in the middle of summer, so it's difficult for me to imagine the how cold the temperature would be in Moscow. Suffice to say it would be very cold, and I imagine most people would be rugging up against the weather, and trying to stay warm. Imagine not having the ability to fend for oneself, and immediately life becomes that much more difficult. Now put yourself in the position of being a 12 week old infant, and I think the chances of survival would be close to zero. 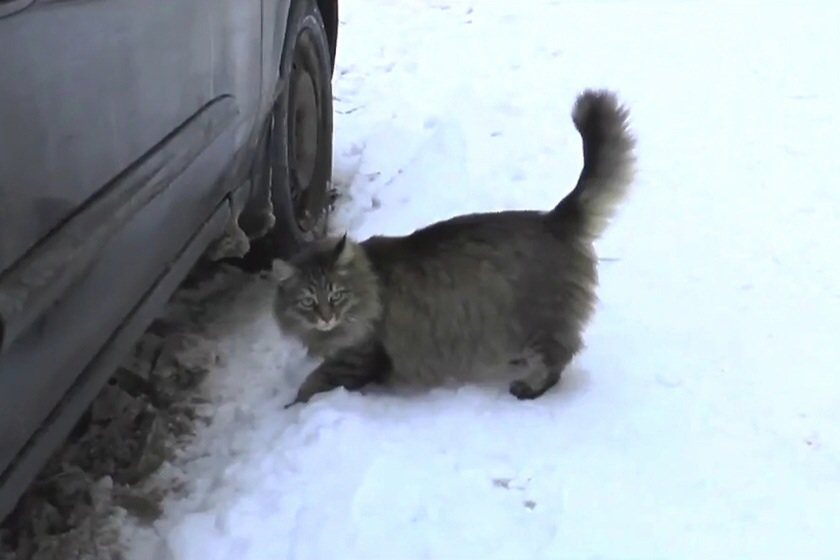 This remarkable story caught my attention, and seeing as ATS can often be a quagmire of argument, doom, and conspiracies, I like to try to find nicer stories that most people can agree on as being positive. 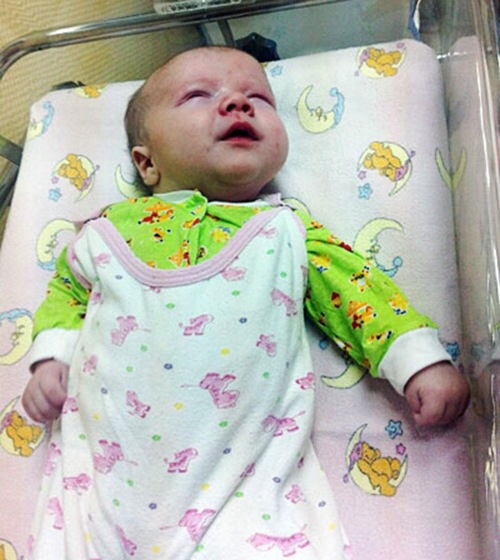 Masha, a long-haired tabby cat, saved the life of a baby abandoned in the streets of Russia — after she climbed into the box he was discarded in and kept him warm, health officials said.

“The baby had only been outside for a few hours and thanks to Masha … he was not damaged by the experience,” a hospital spokesman told Central European News.

The whiskered hero even meowed to get the attention of a passerby.

“She is very placid and friendly, so when I heard her meowing, I thought that perhaps she had injured herself,” said Obninsk city resident Irina Lavrova. “Normally she would have come and said hello to me. You can imagine my shock when I saw her lying in a box next to a baby.”.

How awful to abandon a baby, but what a twist, to be kept alive and saved by a cat.
edit on 19-1-2015 by cuckooold because: (no reason given)

Cats are good people. Glad the baby made it, Moscow can get pretty cold. Thanks for the story, star from me since I cant flag yet.

Wait a minute, they're helpless! 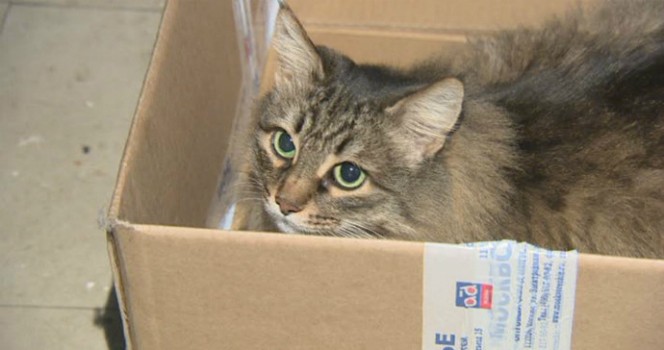 I just read this story you have shared with us...and I am crying...I just prayed for the baby that he would be adopted by a family of people full of goodness who will love him and raise him. I studied the photo... and the look in his little eyes; my heart just breaks.

I am a cat lover...and this remarkable story is just another reason why I know cats are wonderful beings.


seeing as ATS can often be a quagmire of argument, doom, and conspiracies, I like to try to find nicer stories that most people can agree on as being positive.

LOL if theres one thing Ive learnt about this place its that the quoted statement is not even close to being true,
Shortly someone will be along to tell us the Cat was just waiting for the infant to die so it had a meal, it was simply using the baby for warmth or better yet that this was a flase flag from the cat lovers society to get extra funding for its new kitty shelter in Moscow

Thanks for the story, OP. A nice big furry cat it is too. I love how it came to that sweet looking baby's rescue like it did.

I just fail to understand why the abandoning parent would not think to drop it off at an orphanage rather than just leave it in a box, no matter what was going on in her life.

Nah, it was the Cat illuminati trying to kidnap the baby to use in their Bohemian Grove rituals. They just got caught in the act this time and are now using their media connections to spin the story about how wonderful cats are.

It doesn't really matter WHY she did it, she still saved the baby.

If there's on thing I can consistently say about the Russian people it's that they seem to love animals. Lots of videos from them with their pets, feeding wildlife, etc. We are all just people after all.

And yes I hope the fuzzy butt gets a home also.

That`s like a human saving an animal from being eaten.

You know that old chest nut


Not saying anyone here is going off about this particular debate. But it`s honestly whats holding a lot of humanity back from aiding in the recovery and forestation of the planet.

People saying we shouldn`t interveen. When it`s pretty clear we can. Just like that cat there.
edit on 20-1-2015 by AnuTyr because: (no reason given)

I am what I call and aminal sympathiser and especially a cat lover. This wonderful cat obviously had a maternal spirit in her as well as being stray but friendly. I hope she gets as well cared for as I hope that dear little baby will be also.

Heart goes out to the mother who had to abandon her baby she must have been terrified, scared and heart broken. I hope people will be able to reunite her with her baby and help them along.

I can't help remembering a thread here with a cat attacking a dog that was biting a child. Cats never fail to amaze me and I bet the purring and warmth have given that little one a good start albeit dire circumstances.

posted on Jan, 20 2015 @ 08:05 AM
link
a reply to: cuckooold
this story is warming my heart. But I am wondering that no humans found the baby before Masha found it.
No matter how, Masha made it and because I am so much impressed I like to present hereby three other pictures taken from the link. 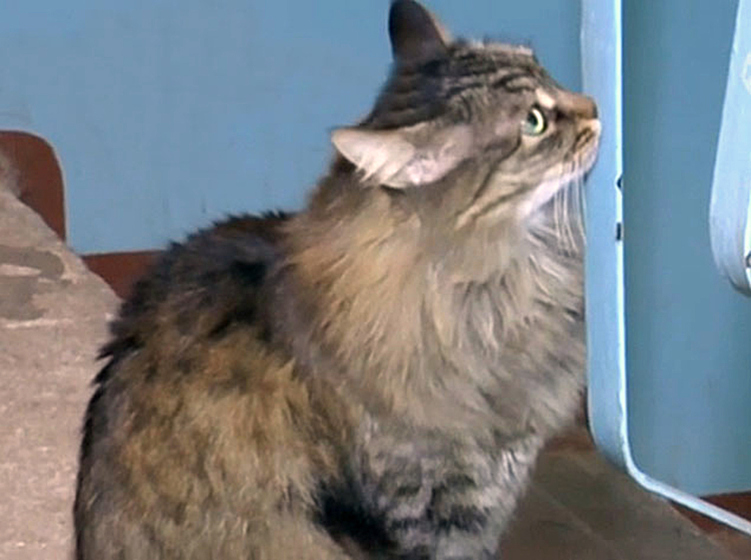 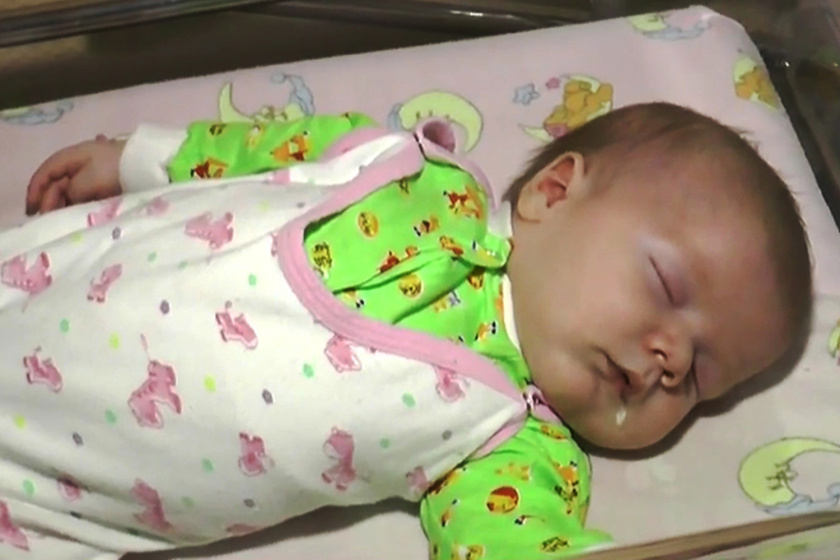 the eyes of a hero 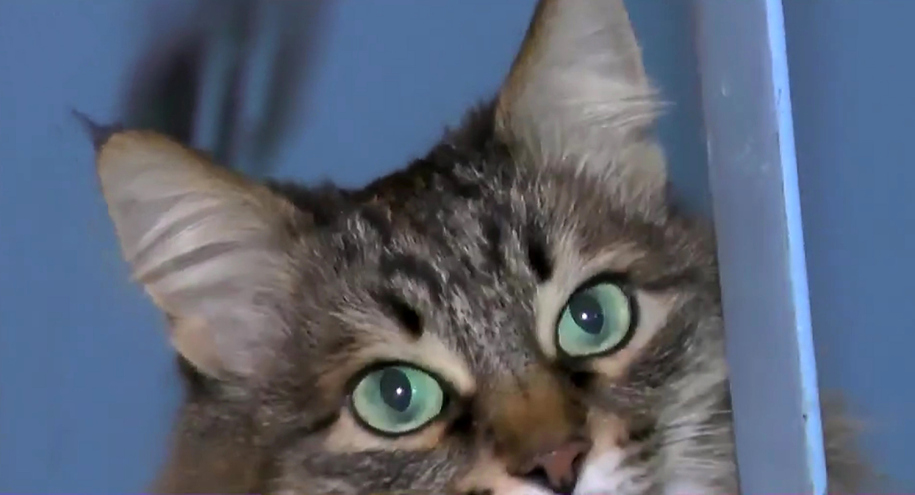 posted on Jan, 20 2015 @ 09:22 AM
link
Whoever adopts the baby, should adopt the kitty too. What a beautiful heart warming story. Animals have a great capacity for love and compassion.

posted on Jan, 20 2015 @ 04:11 PM
link
Well done that cat, although my experience with cats tells me that the feline was simply keeping itself warm.

There is a kind & motherly instinct in many cats. When my grandson cries, my cat will come running to check on him. If he keeps crying, it upsets her & she will nip the back of my leg, as if saying help him. Or maybe she's saying all that noise is getting on my nerves, shut him up. Thank goodness this story had a happy ending.


Man, if you're in a position in life where you have to dump a baby, karma has probably already been a bitch. Just one more waking nightmare for that parent.


Man, if you're in a position in life where you have to dump a baby, karma has probably already been a bitch. Just one more waking nightmare for that parent.

That parent could have put the child up for adoption and not left it in a damned box out in the cold to die!