Doggerland Revealing a Once Continental Britain 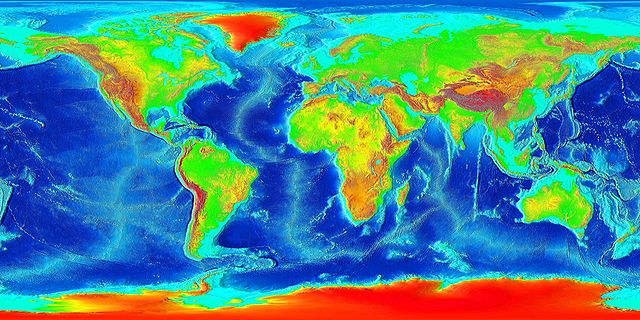 The pic above shows the continental shelf around the world (in light blue along the continents). Since the end of the Last Ice Age, the world wide sea levels have risen somewhere between 120 to 150 meters, meaning that most of what is referred to these days as the Continental Shelf, was dry land. Part of this extended continent, we today call Doggerland, or as we say in Norwegian, Nordsjøfastlandet or 'North Sea Land'. 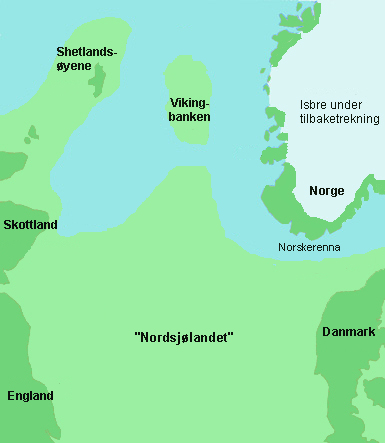 As the sea level rose over a period of several thousand years, series of devastating tsunamis and floods occurred giving life to myths like the Flood of Noah, probably as the Mediterranean broke through the Bosporos Strait creating what we now know as the Black Sea-- and possibly inspired Plato to write about his Atlantis. There is a real side to these myths. And one of these very real 'Atlantises' was the area we now call Doggerland. It connected the British Isles with the Continent, in effect extending the dry land of Continental Europe way into what is now ocean.

Similarly, there were the ancient landmasses of Sunda (Sundaland) and Sahul: 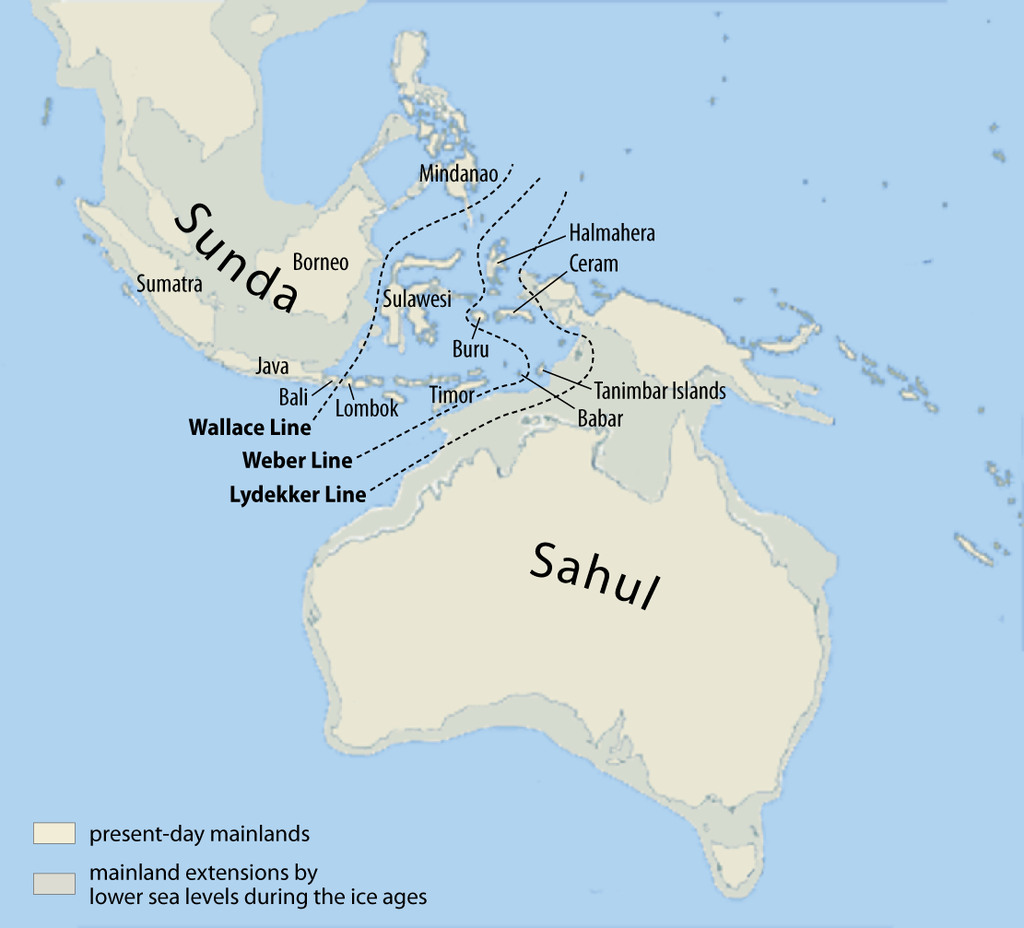 Lots of stuff submerged after the end of the last ice age.

Indeed. Thanks for adding the pic, and yes, this was a world wide phenomenon. Like I said in the OP, most of what is called the continental shelf today was dry land before the melting water from the ice-age glaciers started filling the oceans about 20 000 years ago until the melting stopped and the sea-level stabilised itself where it is now around 6000 BC. Over a period of roughly 12 000 years, the general sea level rose with roughly 120-150 meters.

posted on Jan, 19 2015 @ 06:42 PM
link
It continues today; London and the Southern half of the UK are slowly sinking downwards by a few centimeters each century, while Scotland is actually rising upwards by the same amount.

It is very fascinating. The frustration of knowing that amazing finds exist out under the water, and that we can't really get to them, can drive you insane.

Where does the name "Doggerland" derive from?

Where does the name "Doggerland" derive from?

The name comes from dogger, an old Dutch word for fishing boat, especially for catching cod

As far as I know a Dogger is a kind of Dutch fishing boat. Doggerland is a modern name, probably derived from the shallow sand bank called Dogger Bank, which is named after said boat type.

ETA: a reply to: Dabrazzo

Wouldn't land rising and falling be more of a geological process than ice melting, assuming the measurements are relative to a stable measurement standard (like the sea level at one point in time)?

originally posted by: SlapMonkey
a reply to: stormcell

Wouldn't land rising and falling be more of a geological process than ice melting, assuming the measurements are relative to a stable measurement standard (like the sea level at one point in time)?


with respect to land rising and falling/ sea levels during iceages and meltofffs.
when the land is covered in ice it is depressed by the immense weight of the ice. As the ice melts the land rises, this has given some areas the apperance of much larger sea level rises than actually happened.
Much of the continental masses in the northern hemisphere are still rebounding.

Nah, you're correct, I was thinking about what we would call the British Isles and Ireland and the Orkeys etc today, long before the Berit in Britannia had been sworn. What would be the correct name or term for the islands currently occupied by GB and Ireland? Geologically speaking perhaps?
edit on 20-1-2015 by Utnapisjtim because: .......

Yeah, I was thinking more about the part of the land sinking, though (without the weight of gigatons of ice to press it down. I guess you're implying that maybe it's acting like a teeter-totter, and when one side rises, the other side falls out of necessity?

Ha...nevermind. I looked into Post-Glacial Rebound, and read this on Wikipedia (I know...I know...):

I guess that answers the teeter-totter question!

Thanks for the response. I always like comments that make me do a little more research.