A letter to the future.

posted on Jan, 19 2015 @ 01:11 AM
link
Lately I've been deep into esoteric knowledge some people would say, but I wouldn't call it esoteric knowledge. I'd call it knowledge of the Crime Syndicate deeply entrenched into our daily lives. These people whacked every threatening member of the Kennedy family; these people are destroying the earth because society doesn't care. They flash their cute little symbols in all the right places and they reside in a realm above evidence -- above all, they know that word is dangerous and that one word is what protects their wealth, their lives, and their desires to have sick little pervert parties with humans incapable of protecting themselves. They've set up a system where ignorant people can scream "WHERE'S YOUR EVIDENCE?" without ever questioning who might have enough wealth to rid themselves of the one thing their lives hinge on: Evidence.

They killed this poor little boy--deeply hurt without understanding the implication--grown into a man in '99: 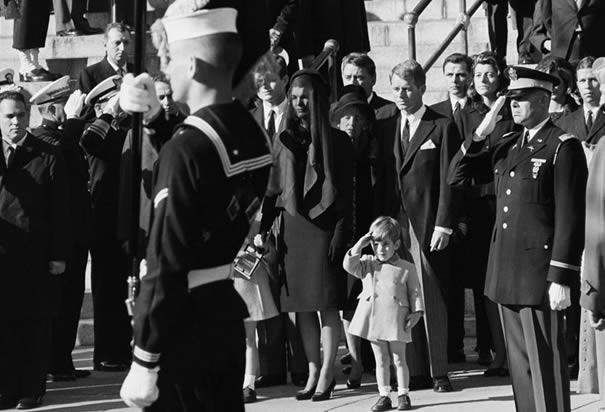 The bastards have a serious taste for children and go completely unnoticed by society because people are too scared to look. A notion of such magnitude sprouts too many questions to the surface, so they reject it as nonsense. Who could blame them? Why wouldn't they claim "nonsense"? Most if not all that have been alive for the last fifty years are so programmed they wouldn't know truth about anything, anything at all, unless it was spoken from a TV. Populaces seek "knowledge" from the Great and Powerful OZ, understanding not it's a pack of perverse lies; understanding not Hitler was the fall guy for a powerful Zionist crime syndicate that didn't leave the USA to achieve their wealth from countless senseless deaths; they then used the Holocaust as an emotional tool to never again have anyone question their motives....they sold out their own people whenever circumstance deemed fit and then blamed Nazis though they bank rolled them into power. After the war they landed all their best and brightest and put them into positions of power in a nation that could have been great. They took over Holly-weird and every vein of information that could expose masses to their dark dwellings within the halls of Justice, Government and Religion.

The human race doesn't have enough time for a generation of well educated people to revolt and rid this planet of the dry-rot that infects every major government on Earth. Our only hope is to sit and watch families from different hemispheres war amongst each other for ultimate control. We will suffer, and by the time collective human mind awakens forests wills be ash, the air won't be fit to breathe and the food won't be fit to eat … we will sit and pray for help, forgetting that it was up to us the whole time. It was our test, and we failed it.
edit on 19-1-2015 by Flesh699 because: (no reason given)

Change the label from Jewish to "Zionists and allies" and I agree with most of your post. Hitler and the Zionist where not on the same side from my point of view but is the same disease. They both end up in fascism. Germany was state took control over corporations. Zionism is the corporate controllers of the economy taking control over state. FED and IMF is a perfect example where the banks create money that we have to pay taxes on to trickle up resources and power to the to 0.000001%.

posted on Jan, 19 2015 @ 01:58 AM
link
We could also choose to be happy, love our families and show kindness to our neighbors. There are things we can control and things that we cannot. I choose to be happy simply being the best I can be and let God handle the big stuff.

originally posted by: Metallicus
We could also choose to be happy, love our families and show kindness to our neighbors. There are things we can control and things that we cannot. I choose to be happy simply being the best I can be and let God handle the big stuff.


I'm not trying to be a D-bag but we control everything. Faith is a cop-out to actually stand up for what's right and true. Praying will do nothing for anyone, especially victims. And I suspect if "god" was handling the big things, world hunger wouldn't be an issue or the ridiculous amount of corruption that diseases all governments.

I have a homework assignment for you: Go stand in-front of a lottery machine and pray real hard you'll win big.
edit on 20-1-2015 by Flesh699 because: (no reason given)