The $ amount doesn't matter...it's the principle.

No matter how much, it's already been taxed.

Additional food for thought:
For those aspiring to send their children to the best university (you know the one Obama got to attend), Harvard,
the annual total list price cost to go to Harvard University was $57,407 for the 2013/2014 academic year.

Screw them, and their children!

So much for liberty, and EQUALITY.

Comes right down to it, just because someone has more than someone else.

Their rights don't mean nothing.

Rich people only exist to service the mob.

So the mob can go out, and buy more stuff.

That is if there is anything left, after the government blows it on studying cow farts, and not giving it to evil countries like Israel, or arming terrorist regimes in the ME.

Most people don't realize who they really are.

Welcome to the Cayman Islands


Cayman Bank Accounts
With no direct taxation, the Cayman Islands are a thriving offshore banking and finance centre. The Cayman Islands financial services industry has developed along a path similar to that in other offshore centers, on the strength of private banking and company registration. While meeting the needs of high net worth individuals is still an important aspect of the industry, recently the focus has moved very much towards institutional business. The Cayman Islands...


The growth of the country’s financial golden goose started, so legend has it, in 1794. In the swashbuckling days of pirates...

originally posted by: queenofswords
How many of you thought the "evil 1%" were all earning several million dollars a year?

Most people don't realize who they really are. 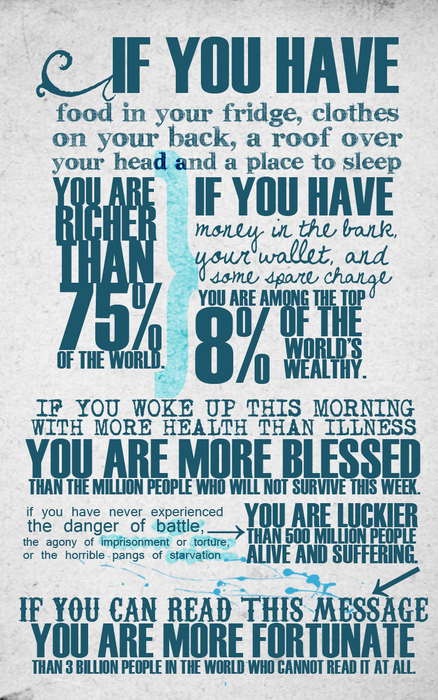 My figures are for the USA only.

Look the point neo is trying to make has nothing to do with the trend which is what we're really talking about here.

We're looking at the trend this is going to follow and putting the breaks on it before it becomes a situation similar to one of the situations in his picture.

No let's be more logical here now shall we?

Some rich people really are a problem but so is the government.

Don't count on it. WE GLOBAL now baby.

Countries in general are not evil...its big dawgs in politics corporations judicial military education and science that call the shots and all those that follow in those countries that are the problem.

posted on Jan, 18 2015 @ 11:24 PM
link
We've had estate tax for a long time. These swings this or that way are something that happens, and doesn't deserve such a sensational title. In all honesty... people should earn their wealth, not have it inherited. What you find is a high tendency for families of vast wealth to squander the monies within about 3 generations. Not only this, the century or so long road back to rags is often seen alongside a bit of issues for the spoiled rotten.

Parents do their children wrong by spoiling them. This, coming from someone who's parents are now just into the 1% for about the last decade. Well, we started poor. I know what it's like to live poor, lower-middle, upper-middle, and now a bit rich. There's issues with each socioeconomic class. I'd rather be happy and lower/upper middle class than poor or rich. It's the extreme's you gotta watch out for.

A leveling of the playing field is the only thing that'll save us from collapse as the century plays out. This isn't about socialism, communism, or what have you, it's about decency, common-sense, and respect for my fellow human beings. Give people enough stressors to flourish, but no more. That is the way of real progress. Spoiling is providing too much of a once good thing. I don't want my parents monies. I may end up donating it when the time comes. I have enough self-respect and ability to earn my own in this world.
edit on 18-1-2015 by pl3bscheese because: (no reason given)

Make corporations that earn more than 10 million dollars profit per year have a minimum tax of 10% That way you don't have companies like GE paying 0 tax.

Pass a law that companies have to pay tax on overseas profits annually, not when they bring the money back to the US.

I'd also like to see pretty much a flat tax on income until you're making over 1 million per year. Then you could escalate the tax rate in proportion to the income.

originally posted by: onequestion
a reply to: neo96

No let's be more logical here now shall we?

Some rich people really are a problem but so is the government.


The logical thing here to do is abolish the income tax.

Instead of nickle, and diming the minority because the potus hates rich people.

Yo he needs to stop treating them like 'terrorists'.

That's all pie in the sky.

The State does not have a track record for spending even reasonable taxes in effective ways..much less should they be able to tax money that has already been taxed more than they already do.

You want a level playing field? Stop spending current tax dollars on foreign aid and foreign wars and use it to fix the educational system instead.

There are a dozen ways to make things more "fair" but it dang sure shouldn't start by stealing money from fellow citizens who have already paid up.

I think what ever singular venture a person could want to do hording millions of dollars is miniscule in the scheme of what is important to humanity.

It's likely if someone is hording a lot of money chances are they cheated a lot of people to get it.

No one wakes up with a million dollars stuffed of their ass, As if blessed by the gods they recieved the lump sum of money in their Anus.

Money comes from people. And if someone is hording a rediculous ammount of cash. I personally believe they are theives protected by the wealth they squandered.

Is there any way to deny that? Even running a *Legit Buisness* If you are pushing record profits. You are robbing someones pocket, Or destroying the enviroment.

The less money these kinds of people have the better. And if the community gets educated so that technology can replace mundane tasks? All the better. However i think the OP is making this all up.

The government gets 90 million?

That is just as messed up.

The state has no right to take what it has taken a life time for most people to build up.

That's all pie in the sky.

The State does not have a track record for spending even reasonable taxes in effective ways..much less should they be able to tax money that has already been taxed more than they already do.

You want a level playing field? Stop spending current tax dollars on foreign aid and foreign wars and use it to fix the educational system instead.

There are a dozen ways to make things more "fair" but it dang sure shouldn't start by stealing money from fellow citizens who have already paid up.


If they wanted to level the playing field they would stop intentionally devaluing the dollar.

The less value money has the more they want to raise taxes.

They need to fix our money.

All this angst over worthless pieces of 'paper' is just ludicrous.