Can a white man love a black man?

originally posted by: EternalSolace
I'm white. My I only call very few people, counted on one hand, friend. Of those, by best friend is a black man. There is no one whom I would more willingly trust with my life. 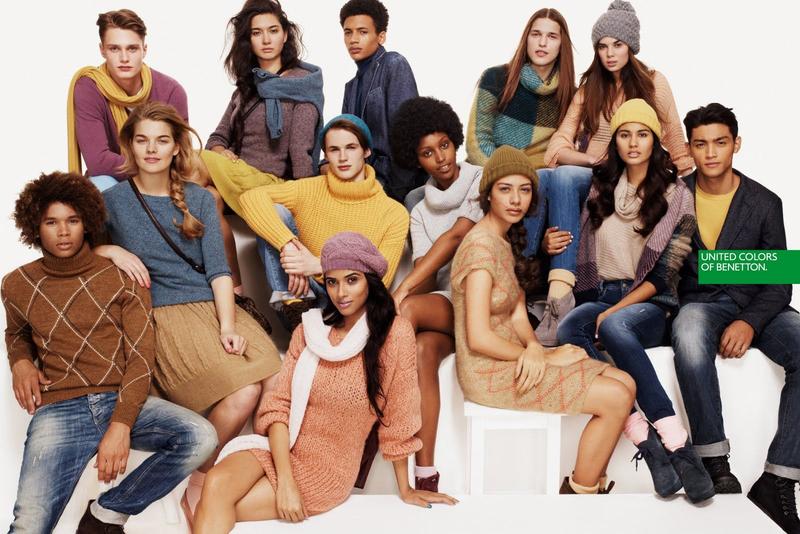 I am a bit of an extrovert,I make friends easily my friends spans the globe ,they come in all shapes sizes colors religion and non religion,in my personal life honesty and character is what I value most ,we can differ on things and argue about them, but in the end ma peeps is ma peeps, Iam a cultural tourist I'll sample or try almost anything within reason at-least once, my friends always look like a Benetton Ad.
I hate posers but respect realness of all kinds.

Ali took the title three times. An astonishing accomplishment but
is that why I love Muhammed Ali? No, but that's part of it. He was
stripped of his title, because a bunch of cowards in Washington
were to pig headed, to keep the boxing champion of the world
out of harms way. While finding plenty of favor for their own
demon seed. Ali stood up to them and beat them also. So is that
why I think so highly of Ali? No again. So why do I love Ali?

originally posted by: randyvs
I would say yes.

Can a black man be a white mans hero?

I would say yes.

If for nothing more than his ability in the ring. An ability that not only
made him the greatest but, the absolute best boxer I've ever seen in
the heavy weight division? Ali is that man. So I just want the white, black,
brown, red, whatever color a man might be. I want you all to know, that
the difference mankind shares in skin tone is so easily disappeared.


IDK man, i think Ali would be a bad example for the awesome subject of this thread.

Ali seems to have been a gigantic douchbag a**hole; irrespective of him being a boxer that can annihilate anybody in the ring today.

Apart from his insane mountain of un-sportsmanly trash talk, he called Joe Frazier a monkey, several times on different occasions, repeatedly, in front of a full white audience, who laughed, at some talk show. He also made fun of Joe's dark skin; he's so black this, that black monkey that. He did not mind denigrating a darker skinned black man in front of a white audience.

Joe Frazier lent him money when he fell on hard times. He then turns around and starts making fun of him and insulting during interviews for a match that was coming up between them. Joe Frazier actually cried from Ali's verbal assault's. Then he accused Frazier of being monkey Uncle tom when Frazier accepted donations from some all white rich people circle.

He told a story in another interview of how he buddied up with the KKK for an evening, where they joked about getting the rope and lynching him, and bonded over the agreement that blacks need to stay with blacks, and whites with whites.

Dude was arrogant. I can understand confidence, but arrogance is an annoyance to me, and it should be for any person with a soul. It sucks that the greatest boxer ever was such a jerk.

Not a good example.

But yes. I got black friends, white friends, Indian friend, Asian friend, only idiots would care about race.

My black friends and these white kids we hung with in high school used to freely bust race jokes and laugh with each other. Fun times.

Race means nothing to so many of us when making friends and who we look up to.

originally posted by: karmicecstasy
I think the bigger question here is. Can a dinosaur love a robot?

Yes...I HOWEVER screwed up and thought Koreans might be like Japanese when I married a BARGIRL and thought she would have honor...opps
LOVE the HELL Out of her ,but she left me for another guy when I went to Desert Storm.
NOW love is...diminished inside.
But SKIN is nothing.
edit on 19-1-2015 by cavtrooper7 because: (no reason given)

i don't know how old you are randy, but back when i was 11,12 this song came out and everybody was playing it on the radio and all us little kids went around singing it. thought you might like it.

originally posted by: cavtrooper7
a reply to: Expat888

Yes...I HOWEVER screwed up and thought Koreans might be like Japanese when I married a BARGIRL and thought she would have honor...opps
LOVE the HELL Out of her ,but she left me for another guy when I went to Desert Storm.
NOW love is...dimiinished inside.
But SKIN is nothing.

A Bar girl? sigh! if she kept her night job while you were away,then..anything can and will happen and Japanese girls are like any other , they are just as likely to screw-up or not screw up as anyone else it all the depend on the person you know that character thing I keep talking about,btw and not for nothing how many of us behave ourselves when we hit liberty ports on deployments,I guarantee you not many..while I was never married in the Navy I let my ladies know they were not the one and only in the picture,but when I spend time with them I am with them no sneaking out or non of that, I also told them I won't ask them questions on what they did or did not do while I was away..ASK ME NO QUESTIONS I TELL U NO LIES and that works both ways, friends were in awe that I could have multi relationships without dogging and hiding, it's not for all the ladies I was with but more stayed than said they can't share me.

Most definitely yes, what is colour anyway just skin pigmentation and we are the same race, i.e. Human's, just family's who have grown a little apart over time.
Can a handsome guy love an Ugly woman or a Beautiful woman love an Ugly guy, yes love comes in many form's some being the deepest friendship and other's being lust and attraction as well as beauty being truly in the eye of the beholder, sometimes our appreciation of beauty is twisted by group thinking as if we do not have our own mind's as well.
One of the best looking Character's in the original star trek was Uhura famous for the first television kiss between a white character and a black one, racism is a learned response that children do no have, they might ask why someone else look's different but that is curiosity and the concept of a Them and an Us only enters there psyche at a later age unless parent's or teacher's instil it into them at a younger one.
Culture can create barrier's but that is not Race that is Culture.

Now politics on the other hand can a Social Liberal love a Conservative right wing Economist fascist, nah they would argue themselves into an early grave if they did not strangle one another first - think war of the roses on steroid's.

originally posted by: Spider879
a reply to: randyvs

No I got it, I was responding to another poster about the context of the time in Ali's era,of how and why he may have made unflattering generalizations about white folks.


He didn't make the comments about white folks, he made them about his black opponents,he was saying if people supported Frazier or anyone other than Ali himself, they were racist and secretly KKK members.
What Ali did to Frazier was much more than talking smack or trash - it was blatant racism.
He saw Frazier as a different class of black man, a lower class.
Using terms like Gorilla & Uncle Tom + a few others.
Read up about it, Ali was a complete disgrace.
edit on 19-1-2015 by stargatetravels because: (no reason given)

Here is a white man that a lot of black men and women love and its not Jesus. Colonel Sanders.

as for the #wits who feel obliged to answer "no " , the T&C of ATS prohibits my full response


Here is a white man that a lot of black men and women love and its not Jesus.

I guess I see most of the arrogance you perceive as part
of the showmanship of Ali. If you take away the arrogance
where does that leave his showmanship. I don't believe
anyone who can say Ali was arrogant or racist truly
understands Ali. But you do understand this thread.

only idiots would care about race.

originally posted by: AboveBoard
Can a human love a human? Therin lies the answer...

This place seems so familiar, like people i knew...LOL jk or am i????

Too answer the question can a human love another human, depends on the human, i can think of a few i hate, but the real truth is it never would be someone like you, and yes that is the truth....

Sometimes humans can be tricky things, like in spite of the way someone might of been raised, it does not give them the right to get away with murder in life, we all have tough child hoods, in one way or another that is no excuse, and people who might seem to hate, maybe they don't....

I knew a wise man once his name was Frank!!!! and he told me something many moons ago, something i mentioned above about being raised a certain way, and if i could tell him something i would tell him he was right...
edit on 8-3-2015 by King Seesar because: (no reason given)

posted on Mar, 8 2015 @ 11:31 PM
link
After around 12-13 years old i could no longer understand the appeal of boxing. Felt the same way about guys breaking bricks with karate chops. IDK, there was just some kind of disconnect. Even fighting in the street i just...idk, rolling around the ground with another man?

Absolutely yes, black and white are only down to melatonin in the skin and in white folk's the melatonin cell's are turned off but we are the same species/race and human races should be more correctly termed human family's, we are not donkey's and horses yet but rather simply people, over the years I have seen terrible racism not only from whites to black but some of the worst racism I have seen was from black's to white's, all racism is bad and all racism is wrong but we being human are all tribal, if we grow up mixed we see no difference (nearly all little boys want the pretty blonde regardless of race it's just one of those things we grow out of as we get older) but if we grow up in a society were we all look alike we then notice those differences far more and our tribal instinct is to gather with what we perceive to have commonality with us, all human's are capable of this pack mentality and in fact I just hope that the future humanity evolves out of this nonsense as you yourself point our people are people and at least Love see's the person not the skin colour, some say love is blind but they got it the wrong way around.