originally posted by: pikestaff
Just print the word 'Mohammed' on the front page, someone, somewhere, will throw a fit, call for 'jihad' and froth at the mouth, to me, its a case of damned if you do, damned if you don't do what muslims want, however stupid their demands are, in western eyes.

I would bet that it is stupid in the eyes of most Muslims also, I don't know but that would seem reasonable. This is just a tiny bit of a whole like the Christians that showed up at the burials here and made fools of themselves while hurting others.

But this was the proper response!

Funeral attendee Michael Drake said the Catholic response to such protests is a peaceful one.

“We pray for them,” he told CNA. And while he wished the group no ill will, Drake said he was confounded as to why people who believe in God would want to protest the funeral of a priest.


Why are the players so emotionally vested in this?


Do we KNOW that they are, or maybe it is just an excuse?

We find it most interesting that the anti-nuclear stance of Charlie Hebdo has not been broached, except, of course, by moi.

It seems that there are a great many forces at play here, and thank you Jamie for keeping at it.

We ponder just why are people not investigating the many others possibilities of the mis-direction being applied here.

The Charlie Hebdo Affair: Double-Blind False Flag or Pay-Back Is a Bitch?

Charlie Hebdo got on the board first with another magazine cover featuring a cartoon of Mohammed.

In a post-murder spree interview, one of the terrorists explained:

"They offended our Prophet Mohammad, that's what we didn't like," said Amadou Abdoul Ouahab, who took part in the demonstrations.

However, don't think the Islamic terrorists are winning. 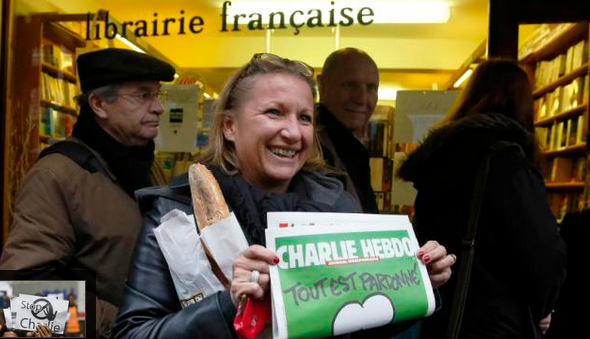 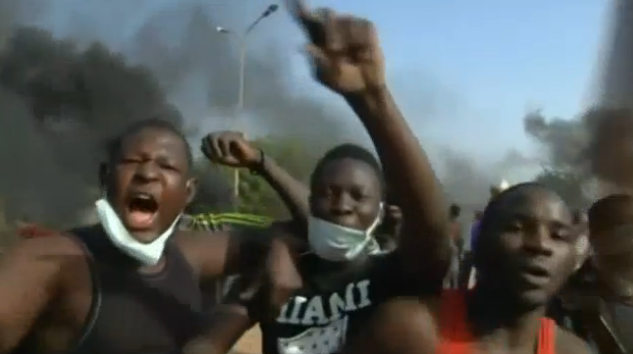 The terrorists are heavy favorites to kill even more innocent civilians in the coming weeks, while Charlie Hebdo is will likely again counter with another satirical and ironic cartoon.


With no definitive point of view expressed I can only give mine in the hope it has relevance to yours.

The recent slaughter of 17 innocent people in Paris is offensive to the extreme. They were butchered for no reason except some derranged peoples belief in an ancient mindset that existed and was formed with minuscule understanding of the natural world we live in.

For anyone in any part of the world to then further protest, demonstrate, threaten continued violence and vengeance, attack embassies, burn flags, kill their own innocents and all other manor of irrational actions over a drawing... The comparison of offence is mute.

I was sure my education (I was lucky enough to go to a co-ed school where girls and boys were treated the same), taught me that the history of humans beings showed we moved out of caves, created science, technology and above all we developed a sense of reason... Logical reason. Unfortunately the first reason with regards to the early societies was a religious one. That is what these backwards, Islamic barbarians are holding onto and trying to impose.

The discrepancy between 1.3M Parisians coming together after a massacre and doing so peacefully with a message of unity where nobody is hurt, injured and no call for barbarism expressed shows why we call ourselves the developed world.

The other small minority are not Islam they are ignorant, uneducated and violent barbarians who should have been left in the caves the rest of Us came out of.

I just found the photos interesting.

A women is smiling, just days after the mass murders in Paris, presumably because a paper is free to publish what Muslims find so insulting that they will kill for it.

The Muslims in Niger are angry, and celebrating, over the murders of innocent Christians who had nothing to do with the paper publishing the image of Mohammed.

What makes some people happy, and others unhappy?

I wonder, would there be many mosques left in the USA and Europe too for that matter if someone
destroyed a mosque everytime a church was destroyed?

I am not saying it should be done, but there is a double standard.

What is funny. Do they actually know what muhammed looked like accurately? not some little lithograph or mural on a wall.(funny if it was a member of islam drawing it out of respect its not outrageous apparently. also the Koran says the reason it is forbidden to draw him is to prevent him from becoming a idol to worship. Unfortunatly this happenned without drawing him.

Muhammed wanted Allah to be worshipped not himself correct?

originally posted by: yuppa
a reply to: Jamie1

What is funny. Do they actually know what muhammed looked like accurately? not some little lithograph or mural on a wall.(funny if it was a member of islam drawing it out of respect its not outrageous apparently. also the Koran says the reason it is forbidden to draw him is to prevent him from becoming a idol to worship. Unfortunatly this happenned without drawing him.

Muhammed wanted Allah to be worshipped not himself correct?

Not sure how it will ever change. Those who believe in free speech will continue publishing images of Mohammed, and those who feel justified in killing over it will continue to kill over it.

Muslims effectively worship Mohammed. They
always mention him in their prayers. They never
say his name without adding Peace be upon him.

Even a religion that is so completely against idolatry
ends up falling into it.

When I was young, we called them Mohammedans.
I was a young adult before I heard the term Muslim.
The way they act, they should be called Mohammedans.

Its ironic that they name children after him, but don't
see it as an insult to the prophet if they turn out to be a criminal.

I would make as much sense to me to kill any criminal named Mohammed
for insulting the prophet as shooting cartoonists. This seems at least as big
an insult as a cartoon.

My faith cannot be shaken by cartoons! If you are that offended by mere words and cartoons, then you are a very weak and pitiful person. These pansy terrorists need to grow a vagina! Those things can take a real pounding.

I'm not offended in the slightest but I'm not religious

The muslims themselves have been salughtering themselves too. dont forget that too.The death count is not in the millions yet though. And do not even cite that debunked poll from that english fellow about death tolls.