I think the only reason it has the classic UFO shape is that its just a spec of light that has been zoomed in on to the point where the shape is distorted because its out of focus..

You can clearly see from the video that first the camera loses focus which makes a saucer shape and then he zooms in on the out of focus object.interesting color though. 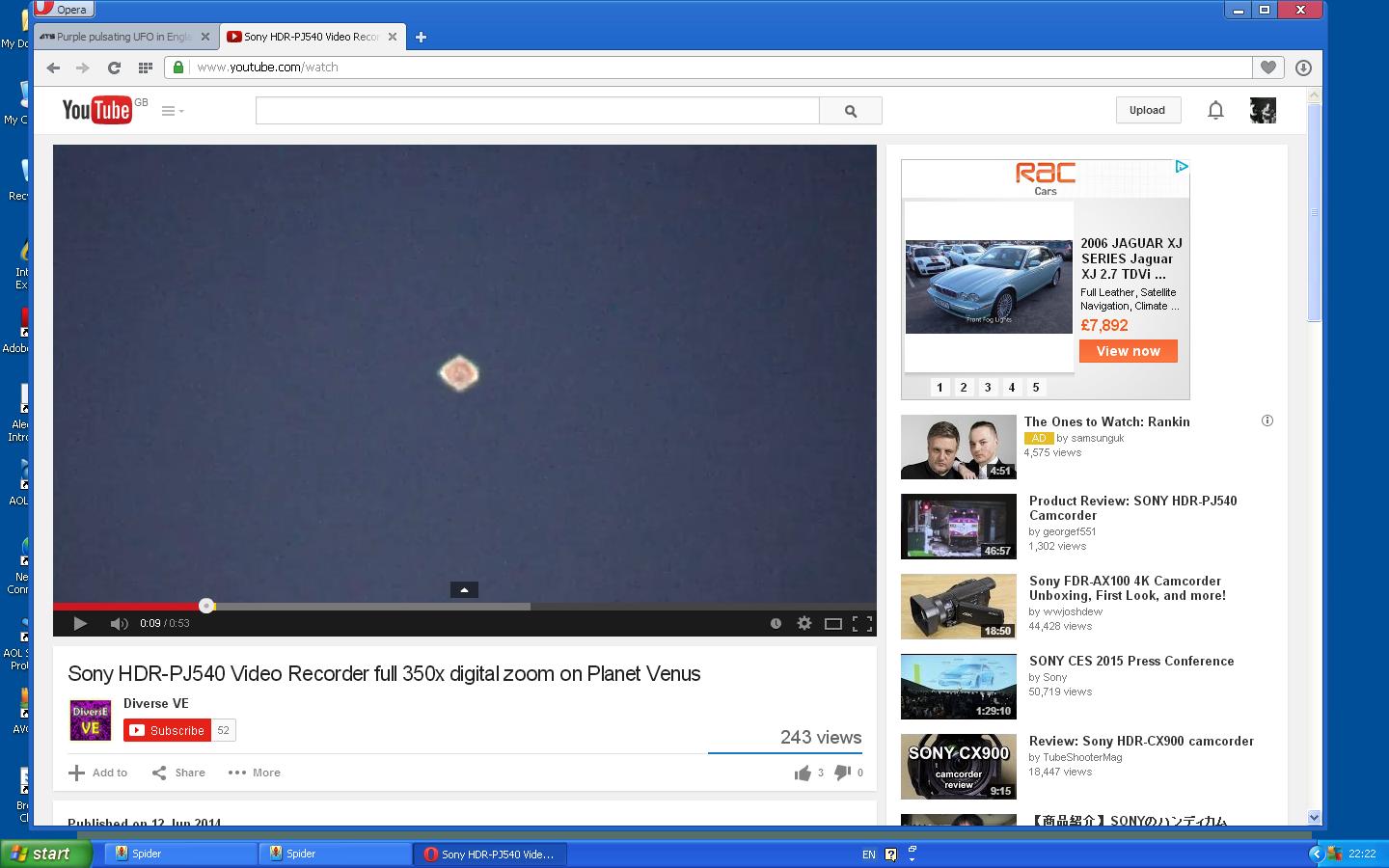 Thing is, any dome shape mentioned by the videoman has nothing to do with the shape seen in the video, it's an artifact of the camera shutter, and diamond shaped.

Great story from 1940 too from the same area , sounds a bit crazy but interesting read also .

posted on Jan, 17 2015 @ 04:13 PM
link
Eeeeh... UFO? That look like a regular planet/bright star in the first seconds, then the rest of the video is just it horribly out of focus. The shape is an artifact created by the camera. It happens on all lights that are out of focus.

And here are known star scintillation videos that look exactly like the one above:

No UFO's or anything else flying here. posted on Jan, 17 2015 @ 06:36 PM
link
Has anyone else thought about the mystery UFO that was seen near the ISS? the discription kind of matches, not saying it is the same thing, but they are kind of similar. Dont flame me for making this observation please.

Relevant observation although better you made it here than other thread running which is looking at the Ufo ISS mystery, where the argument shaping up there, is it being an anomia cloud that has frozen in space and falling to the lower atmosphere to resemble a stationary cloud.

The ISS ufo is actually a salt lake in Russia. Not a cloud, not a balloon, or alien spaceship.

posted on Jan, 18 2015 @ 02:59 PM
link
Hi every one I've just joined and I'm looking for some help / advice
Im after an answer to a question that has puzzled me for the last 20years and I'm after answers. 20 years ago I got separated from a group of people on a cycle track in clumber park on a bright sunny day . Whilst on my own a black triangle aircraft appeared directly above of me. It stayed there hovering for approximately 10 seconds before disappearing at high speed with an almighty noise that sent vibrations through my body. The vibrations caused pains throughout my body. Not one person in the group saw or heard anything. What was it? Why did no one else see or hear anything and could I have imagined this ?

What are the explanations for sightings of black triangle aircraft that hover and disappear at high speeds with sonic booms ?

posted on Jan, 18 2015 @ 03:39 PM
link
Here's a tip for all you ufo and alien visitor pushers. STOP POSTING UTTER RUBBISH LIKE THIS. Only then, will we start to take you seriously.

Also again this video shows a classic example of a camera on autofocus have problems at night, MANUAL focus is the way to go at night even with a decent DSLR!.

originally posted by: CallYourBluff
Venus. This happens every year.

One BIG problem with your theory Venus sets just after the Sun just now so would not be in view at the time or location of the video.