The Most Shocking Interview That “Never Happened”

Suppose a reporter interviewed players behind the scenes re the question: who really runs the US government? Who really sets national policy?

And suppose these players answered the big questions directly and unmistakably?

No further coverage. No media hounds let loose to dig further. No government investigation. Nothing.

Okay. Here is a close-up snap shot of a remarkable moment from out of the past. It’s through-the-looking-glass—a conversation between reporter, Jeremiah Novak, and two Trilateral Commission members, Karl Kaiser and Richard Cooper. The interview took place in 1978. It concerned the issue of exactly who was formulating US economic and political policy.

The careless and off-hand attitude of Trilateralists Kaiser and Cooper is astonishing. It’s as if they’re saying, “What we’re revealing is already out in the open, it’s too late to do anything about it, why are you so worked up, we’ve already won…”

NOVAK (the reporter): Is it true that a private [Trilateral committee] led by Henry Owen of the US and made up of [Trilateral] representatives of the US, UK, West Germany, Japan, France and the EEC is coordinating the economic and political policies of the Trilateral countries [which would include the US]?

NOVAK: Yet, in your recent paper you state that this committee should remain informal because to formalize ‘this function might well prove offensive to some of the Trilateral and other countries which do not take part.’ Who are you afraid of?

KAISER: Many countries in Europe would resent the dominant role that West Germany plays at these [Trilateral] meetings.

COOPER: Many people still live in a world of separate nations, and they would resent such coordination [of policy].

NOVAK: But this [Trilateral] committee is essential to your whole policy. How can you keep it a secret or fail to try to get popular support [for its decisions on how Trilateral member nations will conduct their economic and political policies]?

COOPER: Well, I guess it’s the press’ job to publicize it.

NOVAK: Yes, but why doesn’t President Carter come out with it and tell the American people that [US] economic and political power is being coordinated by a [Trilateral] committee made up of Henry Owen and six others? After all, if [US] policy is being made on a multinational level, the people should know.

COOPER: President Carter and Secretary of State Vance have constantly alluded to this in their speeches. [untrue]

But it should be enough to scare you into releasing your bowels all over your slippers. And the worst thing is that this is nearly 40 years old. A secret elite?

Yet if you were to ask the same questions to the politicians in power at the moment, you would be laughed at. It's odd that this was never followed up by the free press of the day, but it would never be asked nowadays, as the owners of the media outlets are all in on it and determined that it is never publicised.

originally posted by: FireflyStars
I can't dig around too hard right now but where is THIS?

Well, if the interview wasn't followed up by any media outlet, I'm guessing the paper was redacted?

originally posted by: Cobaltic1978
Well, if the interview wasn't followed up by any media outlet, I'm guessing the paper was redacted?

They have a website that allows access to certain publications, some of which go back as far as 1978. It's not that they have been redacted or hidden, it's that nobody has bothered to sift through. For instance, their most recent paper is...

Recent developments, especially the devastating economic crisis, have highlighted the world's growing interdependence and drawn attention to the need to reform the structures of global governance.

I mean, come on! It could be something COMPLETELY innocent but could they make it sound any more 'we're evil bastards who want to rule the world' if they tried?

It should probably read:

Seeking opportunities to shaft the ignorant over and over again.

posted on Jan, 17 2015 @ 03:43 PM
link
The real answer... Whoever has the absolute power to manipulate and control global oil prices. (recent prices are evidence enough)

posted on Jan, 17 2015 @ 03:49 PM
link
"I mean, come on! It could be something COMPLETELY innocent but could they make it sound any more 'we're evil bastards who want to rule the world' if they tried"

Haha. I was thinking the same thing. It could have been something like the EU but they were trying to keep it on the downlow and it didn't take off. Not that that's a good thing, but they certainly sound smug. This from someone who knows nothing about the organization.

There are lots of archived papers that will probably never see the light of day, sadly, and not the fault of the NWO.

originally posted by: Cobaltic1978
Do you have a link to the website?

posted on Jan, 17 2015 @ 04:04 PM
link
I remember those days and the concern. It was a time before their power was complete and still being openly questioned.

Nowadays that you don't hear anything about it/them is telling.

Many countries in Europe would resent the dominant role that West Germany plays at these [Trilateral] meetings. 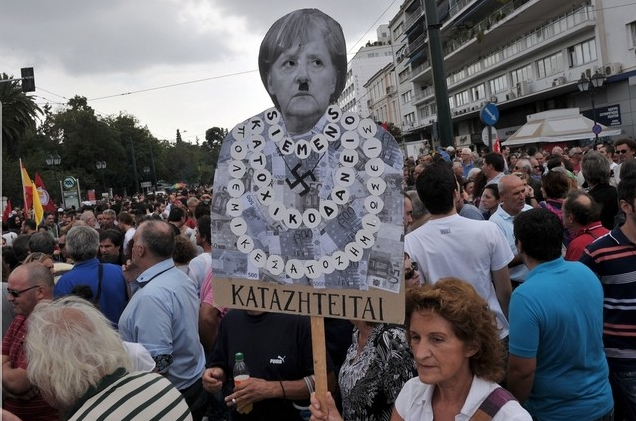 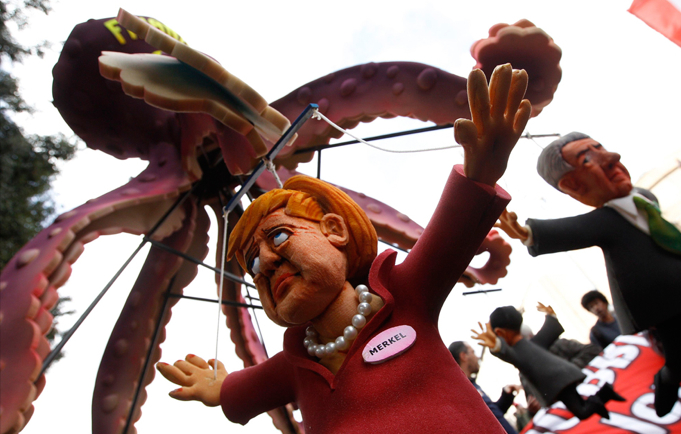 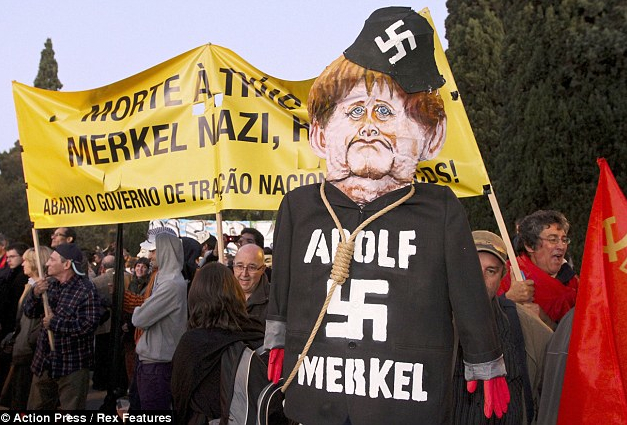 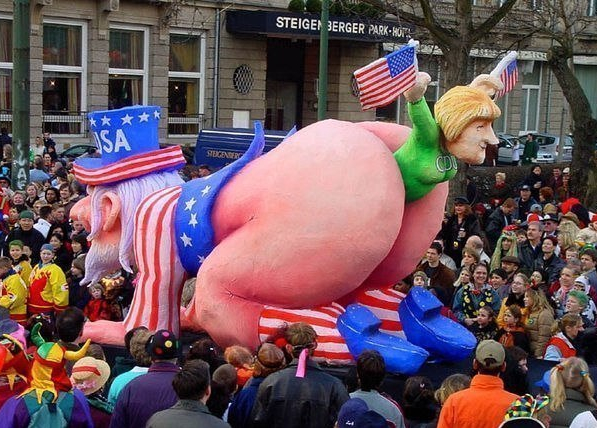 
originally posted by: Cobaltic1978
Do you have a link to the website?

Wow you got to admire that german workmanship on that float

The 'Red House Report' and the title of a certain book by Jim Marrs springs to mind.

It's as important now as it was in 1978. I just believe that these people don't give a # anymore. It's funny how it consistently takes us a couple of decades before we discover their nefarious plans in writing. It's almost as if they have decided "Right, let's release that stuff we said thirty years ago about ruling the world and see if the masses give a # or not."

Then they pick up the phone and dial the propaganda department; "Good job guys, you've done it again!"

Here's a bit from Noam Chomsky's 1981 piece on the Carter Administration and the Trilateral Commission:

The Trilateral Commission was founded at the initiative of David Rockefeller in 1973. Its members are drawn from the three components of the world of capitalist democracy: the United States, Western Europe, and Japan. Among them are the heads of major corporations and banks, partners in corporate law firms, Senators, Professors of international affairs -- the familiar mix in extra-governmental groupings. Along with the 1940s project of the Council on Foreign Relations (CFR), directed by a committed "trilateralist" and with numerous links to the Commission, the project constitutes the first major effort at global planning since the War-Peace Studies program of the CFR during World War II.

The new "trilateralism" reflects the realization that the international system now requires "a truly common management," as the Commission reports indicate. The trilateral powers must order their internal relations and face both the Russian bloc, now conceded to be beyond the reach of Grand Area planning, and the Third World.

In today's reality, the other laterals (sides) of China, Russia and the third world are becoming more and more powerful as we see more and more public wealth spent on 'containment'.

The report argues that what is needed in the industrial democracies "is a greater degree of moderation in democracy" to overcome the "excess of democracy" of the past decade. "The effective operation of a democratic political system usually requires some measure of apathy and noninvolvement on the part of some individuals and groups." This recommendation recalls the analysis of Third World problems put forth by other political thinkers of the same persuasion, for example, Ithiel Pool (then chairman of the Department of Political Science at MIT), who explained some years ago that in Vietnam, the Congo, and the Dominican Republic, "order depends on somehow compelling newly mobilized strata to return to a measure of passivity and defeatism... At least temporarily the maintenance of order requires a lowering of newly acquired aspirations and levels of political activity." The Trilateral recommendations for the capitalist democracies are an application at home of the theories of "order" developed for subject societies of the Third World.

Thank you for inspiring me to find this piece.

My point is that while bemoaning the New World Order, on principal; in practise, it's policies are widely backed by more and more of the populations of Trilaterial Countries (or has been - a new day is coming) for the reasons quoted above.


Still another threat to democracy in the eyes of the Commission study is posed by "the intellectuals and related groups who assert their disgust with the corruption, materialism, and inefficiency of democracy and with the subservience of democratic government to 'monopoly capitalism'" (the latter phrase is in quotes since it is regarded as improper to use an accurate descriptive term to refer to the existing social and economic system; this avoidance of the taboo term is in conformity with the dictates of the state religion, which scorns and fears any such sacrilege).

Wow ... this is important stuff.

But you'll never get those who need to read these things to either read or understand what has happened over the last 40 years. It's the boiling frog thing.

But secret - no - just not in the mainstream. I've watched it happen and often didn't realize what I was seeing.

As Aeosp says "Slow and Steady Wins the Race"

I hope, truly, that those excluded Third World Countries who have very open eyes about all of this because the blood has been shed on their streets and homes continue to gain power.

China is the biggest authoritarian capitalistic mongrel economy in the world now and will probably fall in with the West.

Imagine a world without capitalism - it's hard to isn't it when you don't know anything else. A world were work and production are for the use and benefit of all citizens - not just the profit of a few. Imagine .

A couple of pieces of fiction come to mind including Star Trek's Federation, "The Peter Pan Bag", "Island". Isn't it sad we prefer dystopias and our imagination leans in that direction. You know who has a utopian imagination, the socialists, the buddists, the communists. Sad huh?

I've always found it curious that Communist ideals are utopian but the Soviets/NK/etc are so BRUTAL about it.
edit on 17-1-2015 by FireflyStars because: (no reason given)