The Winchester Bible , A Masterpiece of Medieval Art

The Winchester Bible is arguably the finest example of the few surviving 12th-century English bibles , it was written by a single scribe over a period of 30 years and illustrated by several artists who it is thought traveled Europe illustrating bibles and manuscripts , the bible was commissioned in 1160 by Henry de Blois, Bishop of Winchester who was grandson of William the Conqueror but it was never finished.

The illustrations in the bible are breathtakingly beautiful with the colours as vibrant today as they were when they were created over 800 years ago .
Here are just a few of my favorites starting appropriately enough with ..... 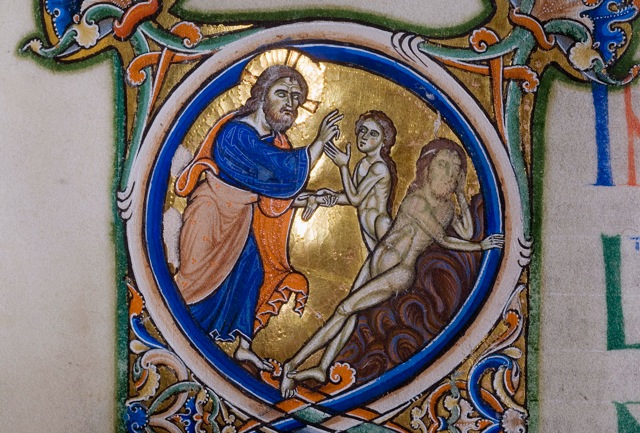 The Flood: Noah peers anxiously from the Ark. 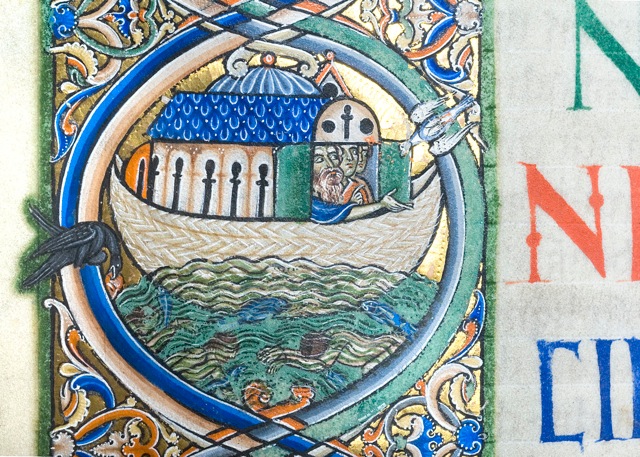 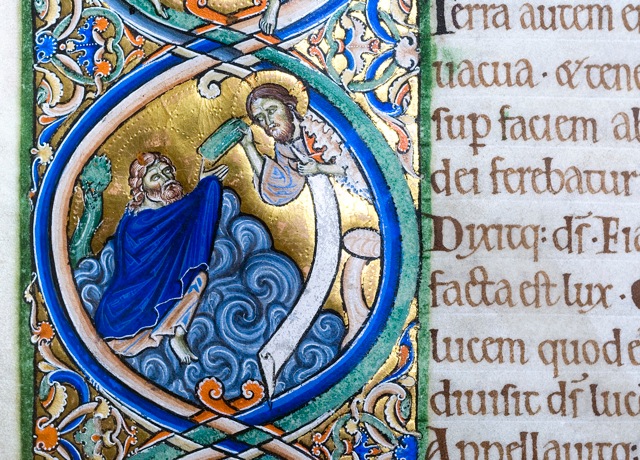 The Devil flies from the mouth of a boy freed by Jesus. 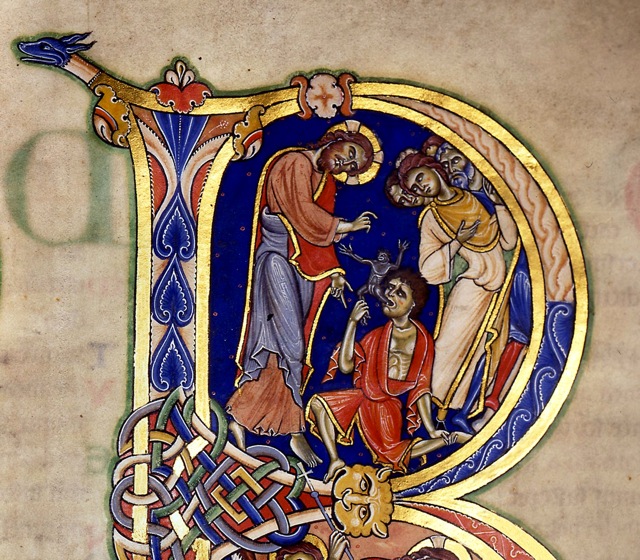 That is very beautiful, they've still retained a lot of the insular motifs, although those seem cleaner and sharper than the Kells and Lindisfarne examples. The colours have been preserved so well, it is extraordinary.
Thanks for sharing Gortex.

Six freelance artists, probably travelling professionals, painted the glorious initial letters you see at the start of each book of the Bible, each telling a different story. A total of 48 letters were completed.

Expensive pigments were used, including sumptuous gold leaf or paint to make the pictures sparkle. The blue lapis lazuli would have been even more expensive – it came from Afghanistan.

Remarkable. I wonder why it was never finished?

I saw the title and I thought you were talking about THE Winchesters Bible,you know the one telling the story of my boys Sam and Dean Winchester,written by the prophef Chuck...

I believe Henry de Blois died before it was finished so the driving force for its completion was lost , it would seem his successor didn't want or couldn't afford to complete his work , which in a way is sad but at least we have most of it.

posted on Jan, 17 2015 @ 10:24 PM
link
The illustration of Moses receiving the commandments from God, appears to depict mushrooms.
Note the mushroom, and what appears to be the stem of another, to "God"- whose halo seems more in line of appearance with a mushroom cap than the other halos depicted in this bible.
Moses seems to rapt in a psychotropic visionary experience.

It has been postulated that recorded "mystical" and "visionary" experiences, may in fact be attributed to consumption of such mind-altering plants as mushrooms, ergot, cacti, etc...

It is not a reach to suppose that even the first Christian Mystics were akin to the Shamen we see in cultures worldwide.
The nature based religions that were supplanted by Christianity in Britain, had relationships with such substances.


I think that in such a literally illustrious work as the Winchester Bible, we may assume that no line is unintentional, as concise conveyance of deep meaning is the object.
So it is interesting to inspect ancient art as this, and try to divine the inherent ideas.

posted on Jan, 18 2015 @ 12:48 AM
link
Would you look at that! I also see mushrooms upon closer inspection.. In fact God himself seems to be a mushroom with the stem connecting to the halo. Great finds friends, really makes you wonder. a reply to: ecapsretuo

posted on Jan, 18 2015 @ 02:03 PM
link
Im not trying to be funny but people appeared to have serious bladder issues in medieval times, judging from all the artwork I've seen.


It has been postulated that recorded "mystical" and "visionary" experiences, may in fact be attributed to consumption of such mind-altering plants as mushrooms, ergot, cacti, etc...


It seems plausible to me that a religious mysticism around halucinogenic plants, coupled with a lack of indigineous knowledge about what plants were poisonous and what plants were edible etc due to the witch hunts and the persecution of "paganism" (their name for indigineous European spiritual / religious / wisdom traditions) led to a prolonged period of early death and suffering.

Is this one a lever action repeater?

The Bible that won the West.

I think to an extent you're probably right but the hallucinogen in question wasn't being taken with the knowledge of the taker.
There was a lot of weird stuff going on across Europe in the middle ages probably due to Ergot , a form of hallucinogen from fungus infected grain , the witch trials of the middle ages are believed to have been as a result of Ergot poisoning with people believing the symptoms they were suffering were because they'd been hexed by witches.

posted on Jan, 18 2015 @ 03:44 PM
link
One good thing that came out of Christianity
the funding of remarkable Medieval and Renaissance art.

Yes exactly, because the herbalists and wise folk had been persecuted and labeled as pagans, and all their knowledge about which plants and mushrooms were edible would have also been lost. Its like us today. What we do if a powerful coup took place and the policy of the new authorities outlawed and persecuted western medicine? Our life expectancy would plummet.