The Bic Lighter - My Homage

But that's not the subject of this thread and I will now refrain from derailing my own op!

The relevant aspect to having lit this cigarette is the means with which I used to light it. A Bic lighter. One that I have had in my possession for roughly six months. One that has seen daily use during that entire period. One that I know will light, first strike, the very next time I decide to light up again.

For all those who use lighters, for whatever... That is something to be appreciated and acknowledged!

I know the answer, and it is many. Everyone who uses lighters for any reason has experienced the trauma of the cheap lighter. We've all succumbed to the lure of "Twenty for a dollar? THAT HAS to be a bargain!!!" only to flameless a few days later with twenty dead pieces of garbage laying around useless.

So to Bic - the one lighter that always lights, lasts for freaking ever, hats off and kudos on leaving the world with at least one mass produced product that we know is going to do what we expect it to do, and then exceeding those expectations time and time again.

Plus - thank you for having a trillion different logos and designs so that we can buy a lighter that actually says something about our personality beyond the simple choice of color that other brands offer. 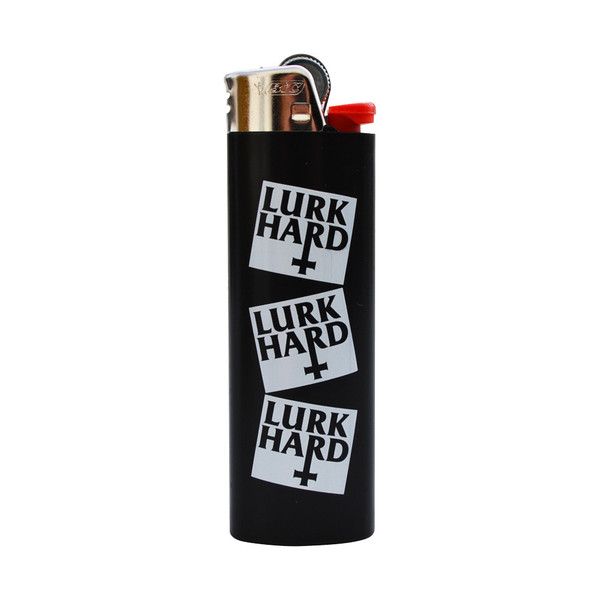 As far as disposable lighters go, Bic, you are King!

Did you take an extra KPin by accident, lol?

oops...forgot the bic. Got off topic for a minute.

Bics...A conspiracy to make us purchase fire I tells ya! I still light my cigs with 2 sticks rubbed together. Takes a bit longer but it's a great method of cutting down the cig intake.

posted on Jan, 17 2015 @ 11:14 AM
link
Hail to the Bic! And thanks to Bic for making the sticky stuff on the labels such that it doesn't leave nasty residue on the lighter itself. We just got new fireplace lighters and I was so happy to see that my husband picked out Bics! They're so smooth.

Great homage to Bic! I too have loved Bics probably for around 20 years now. They are loyal, hardworking lighters, that never let you down. Even when those things have to have been running on fumes for the last 20 strikes, they still always seem to work. I have them stashed everywhere, all over the house, in my car, at least one in every bag I own... I know I can always count on them! The ironic thing is that I've dramatically reduced my cig consumption by doing this vaping thing, but I still can't resist picking up a new Bic when I see a lovely one!

I once bought one of those cheap clear lighters and I used it a couple of time and all of a sudden I heard a Shhhhhhhhhhhoooooooooo! and a real thin long (we are talking about 1 foot or maybe even 18 inches) flame shot out from between two of my fingers and the lighter went empty from being brand new in about 1 second.

I buy a bic whenever I can now.

I used to use a zippo lighter but after someone stole my last one,
it's not worth it.

Bic all the way!

Ok, I'll bite. Yes I hate the cheap lighters. They really do suck. When I want to fire up something, I want fire dammit!! NOW!!! LOL!!! Bic rules! There is no doubt about that.
As far as this being a silly thread? Nope. I don't need much to be amused either! I am a simple guy, usually.

Kudos for putting this out there Heff!!! Later, Syx.

I also light candles and incense. My current bic is red, my last one had this cool design on it that felt like alligator skin

I am a fan of those butane lighters, buy a decent one and it'll last forever.

Ahh, the Bic-you never realize how much you miss it until you can't find it.

I remember the times when I'd turn my place upside down just to find one, and I remember the times that a Bic almost cost me my eyebrows due to drunken shenanigans. It's always in the last place you look and it's the one thing that you hope to never use again.

There are also very valuable; I've had many stolen from me in the past, and legends tell of a vault where all stolen Bics in the world are found, awaiting for the masters to seek them out...

posted on Jan, 17 2015 @ 11:31 AM
link
I never leave home without one. Probably second only to a knife as a piece of survival gear.
I usually get the mini Bics. They seem to last nearly as long as the full-size ones.

I don't smoke cigarettes but Bic lighter is one of mankind's greatest inventions, I mean, instant fire? Imagine showing that to someone from even just two centuries ago, it would blow minds.

I'm also a fan of the Bic lighter.

I have nothing relevant to say as a reply to your thread. I just wanted to advise you that Jeep lighters are standalone impressive. They light for months and light in almost any weather. Windy? Pffft, doesn't matter.

I am going to bin them all right now

I learned long ago that there is no reason to fight life over every little thing. Bic lighters help me in that regard.

Only complaint: when its dead, its dead. There is no removing the metal piece on top and getting a little more life out of it.

- They last long because you can charge them
- Obviously better for our health than any gas lighter out there
- They work in windy situations
- Plus, they have cool unique looking styles, so it's less likely that someone "steals" it.

I also heard rumours that lighter fuel is cancerogenic, which wouldn't surprise me. When I learned about this, I stopped using Bic's for pipe smoking and switched to electric lighters...

Since then I've switched to vaping and it's hella worth it.
edit on 17-1-2015 by theMediator because: (no reason given)

it`s nice to see that at least one company has stuck with a tried and true winning formula instead of trying to maximize profits by changing the design or using cheaper materials.

posted on Jan, 17 2015 @ 12:18 PM
link
Now I'm wondering if I am the only one here who's ever held a cheap lighter with a broken flint, but plenty of fluid left, in one hand - while trying to use the flint from another empty lighter to get a flame going?

I once spent about two solid months surviving a financially difficult time doing this - mixing the cheap lighters that had no flint with the few empty Bics I could find laying around. It had to be something hilarious to watch and required the sort of coordination usually reserved for people who are training to be Olympians.

Oh and those cheap lighter thumb callouses? Cannot count the number of those I've had.

I actually have a fairly high end ecigarette / pipe sitting on my desk right now. I've tried to use it a few times but, each and every time, it's caused me to go into a coughing fit. I've dialed everything down to the lowest setting and still end up coughing. By contrast the cheapest and harshest cigarettes one can find - even those cigarillos that you can get for a buck don't mess with my lungs that much.

Thankfully my days of cheap lighters and having to buy the cheapest smokes are behind me.

As far as health issues go - via vaping vs smoking? From what I have read the jury is still out. I'm sure big tobacco does not at all like vaping and is probably skewing study upon study - but time will tell.