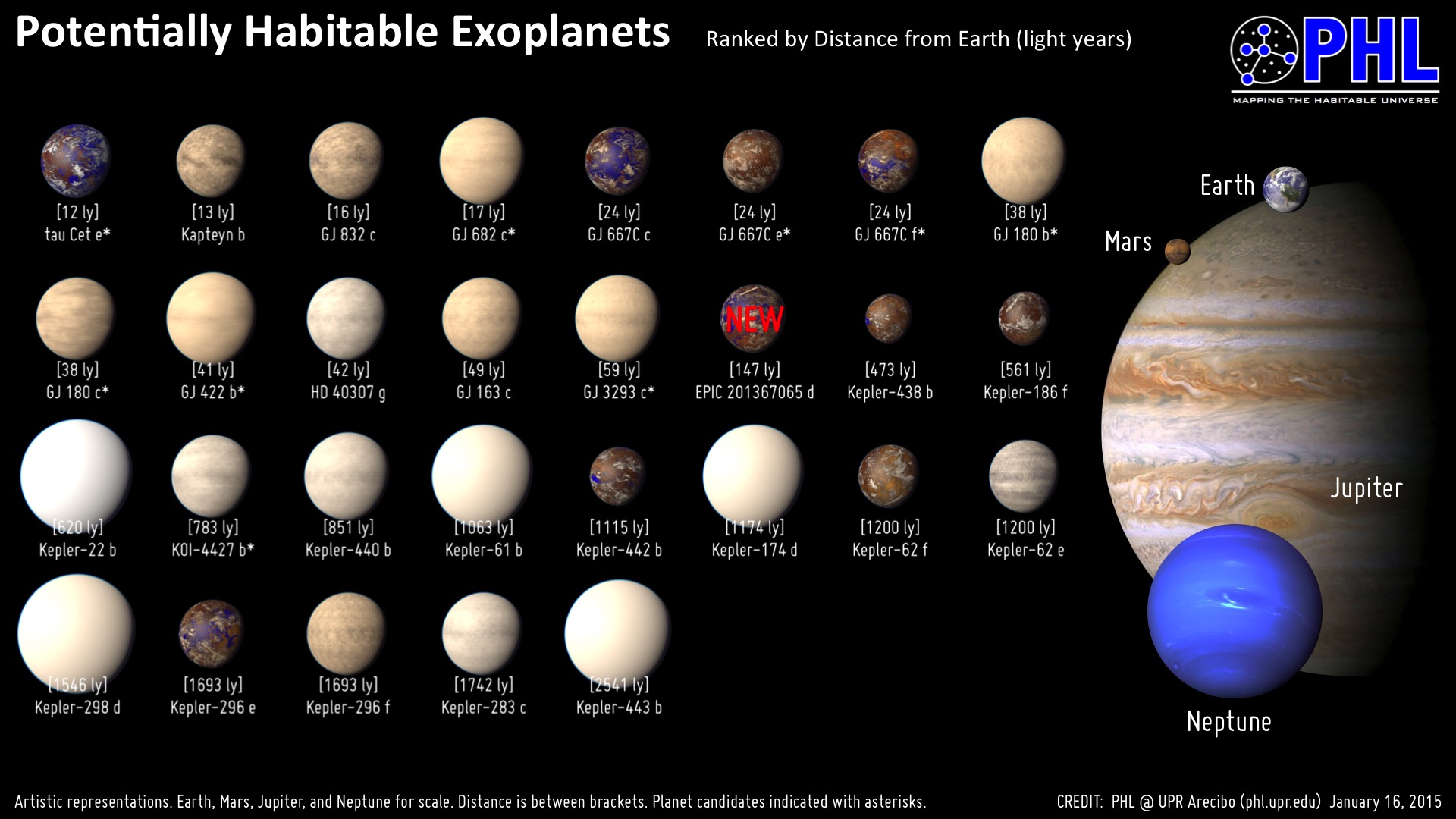 And the ingenious/audacious plan to keep Kepler alive and kicking as K2 after it lost two of it's reaction wheels which control steering insures that the planet hunter will continue for years to come beyond its original mission which of course means, more Earths.

Actual paper on ArXiv: A nearby M star with three transiting super-Earths discovered by K2

A multinational, multi-institution team of researchers led by University of Arizona scientist Ian Crossfield has found a star with three planets, one of which may have temperatures moderate enough for liquid water -- and maybe even life -- to exist.

NASA's Kepler Space Telescope, despite being hobbled by the loss of critical guidance systems, has discovered a star with three planets only slightly larger than Earth. The outermost planet orbits in the "Goldilocks" zone, a region where surface temperatures could be moderate enough for liquid water and perhaps life, to exist.

The star, EPIC 201367065, is a cool red M-dwarf about half the size and mass of our own sun. At a distance of 150 light years, the star ranks among the top 10 nearest stars known to have transiting planets. The star's proximity means it's bright enough for astronomers to study the planets' atmospheres to determine whether they are like Earth's atmosphere and possibly conducive to life.

"A thin atmosphere made of nitrogen and oxygen has allowed life to thrive on Earth. But nature is full of surprises. Many exoplanets discovered by the Kepler mission are enveloped by thick, hydrogen-rich atmospheres that are probably incompatible with life as we know it," said Ian Crossfield, the University of Arizona astronomer who led the study.

Co-authors of the paper include Joshua Schlieder of NASA Ames Research Center and colleagues from Germany, the United Kingdom and the U.S.

The three planets are 2.1, 1.7 and 1.5 times the size of Earth. The smallest and outermost planet, at 1.5 Earth radii, orbits far enough from its host star that it receives levels of light from its star similar to those received by Earth from the sun, said UC Berkeley graduate student Erik Petigura. He discovered the planets Jan. 6 while conducting a computer analysis of the Kepler data NASA has made available to astronomers. In order from farthest to closest to their star, the three planets receive 10.5, 3.2 and 1.4 times the light intensity of Earth, Petigura calculated.

"Most planets we have found to date are scorched. This system is the closest star with lukewarm transiting planets," Petigura said. "There is a very real possibility that the outermost planet is rocky like Earth, which means this planet could have the right temperature to support liquid water oceans."

University of Hawaii astronomer Andrew Howard noted that extrasolar planets are discovered by the hundreds these days, though many astronomers are left wondering if any of the newfound worlds are really like Earth. The newly discovered planetary system will help resolve this question, he said.

"We've learned in the past year that planets the size and temperature of Earth are common in our Milky Way galaxy," Howard said. "We also discovered some Earth-size planets that appear to be made of the same materials as our Earth, mostly rock and iron." 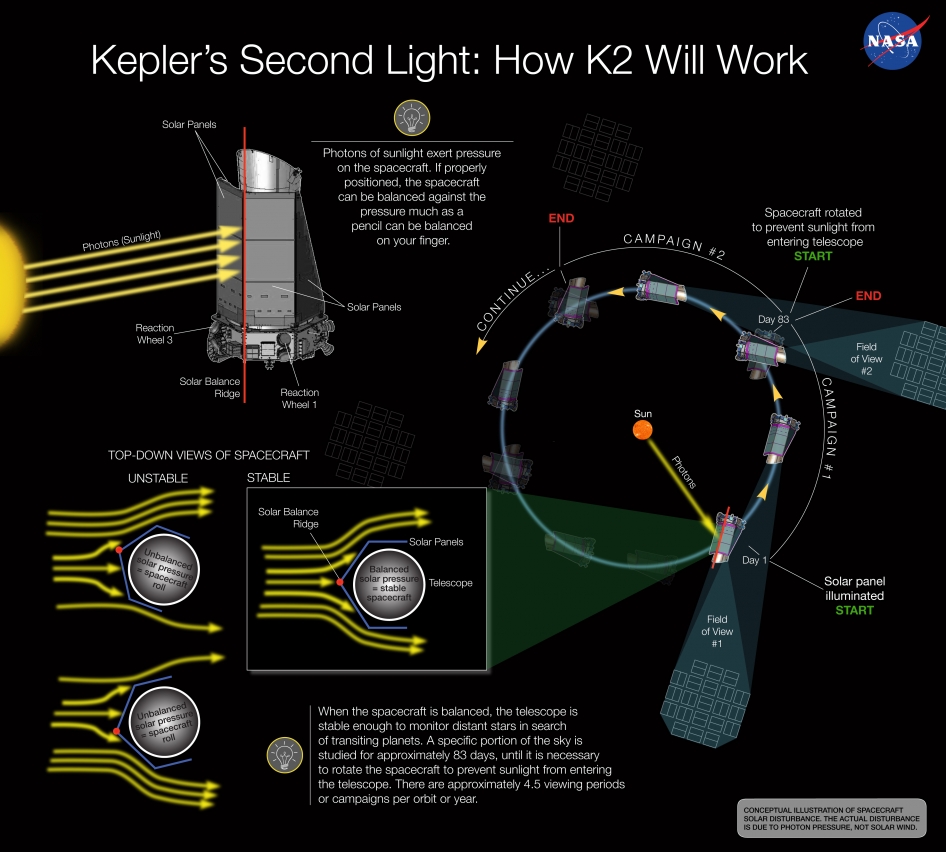 After Petigura found the planets in the Kepler light curves, the team quickly employed telescopes in Chile, Hawaii and California to characterize the star's mass, radius, temperature and age. Two of the telescopes involved, the Automated Planet Finder on Mount Hamilton near San Jose, California, and the Keck Telescope on Mauna Kea, Hawaii, are University of California facilities.
The next step will be observations with other telescopes, including the Hubble Space Telescope, to take the spectroscopic fingerprint of the molecules in the planetary atmospheres. If these warm, nearly Earth-size planets have puffy, hydrogen-rich atmospheres, Hubble will see the telltale signal, Petigura said.

The discovery is all the more remarkable, he said, because the Kepler telescope lost two reaction wheels that kept it pointing at a fixed spot in space.

Kepler was reborn in 2014 as 'K2' with a clever strategy of pointing the telescope in the plane of Earth's orbit, the ecliptic, to stabilize the spacecraft. Kepler is now back to mining the cosmos for planets by searching for eclipses or "transits," as planets pass in front of their host stars and periodically block some of the starlight.

"This discovery proves that K2, despite being somewhat compromised, can still find exciting and scientifically compelling planets," Petigura said. "This ingenious new use of Kepler is a testament to the ingenuity of the scientists and engineers at NASA. This discovery shows that Kepler can still do great science."

I love reading your threads! This is really cool


Isn't there something in the works (maybe Webb?) that will be able to zero in on these planets and detect atmospheric signatures? I remember reading about it somewhere but I'm drawing a blank.
edit on 16-1-2015 by DuckforcoveR because: thumbs

posted on Jan, 16 2015 @ 08:19 PM
link
This is really neat and I like what all of these astronomers are doing looking for hospitable planets and all, but there is one big flaw to all of this. I don't mean to break anyones dreams but we most likely won't be able to have the means of transport to get there in our lifetime and maybe even our children's kids lifetime. So when it comes to it I don't think that people should be worrying about whats going on outside our planet, we should be worrying about our own planet because as for now its the only planet we will ever live on. Good day

I love reading your threads! This is really cool


Isn't there something in the works (maybe Webb?) that will be able to zero in on these planets and detect atmospheric signatures? I remember reading about it somewhere but I'm drawing a blank.

The James Webb Space Telescope will be launched in 2018 and will be able to detect the atmospheric signatures of the nearest ones. Here's a life sized mockup of it: 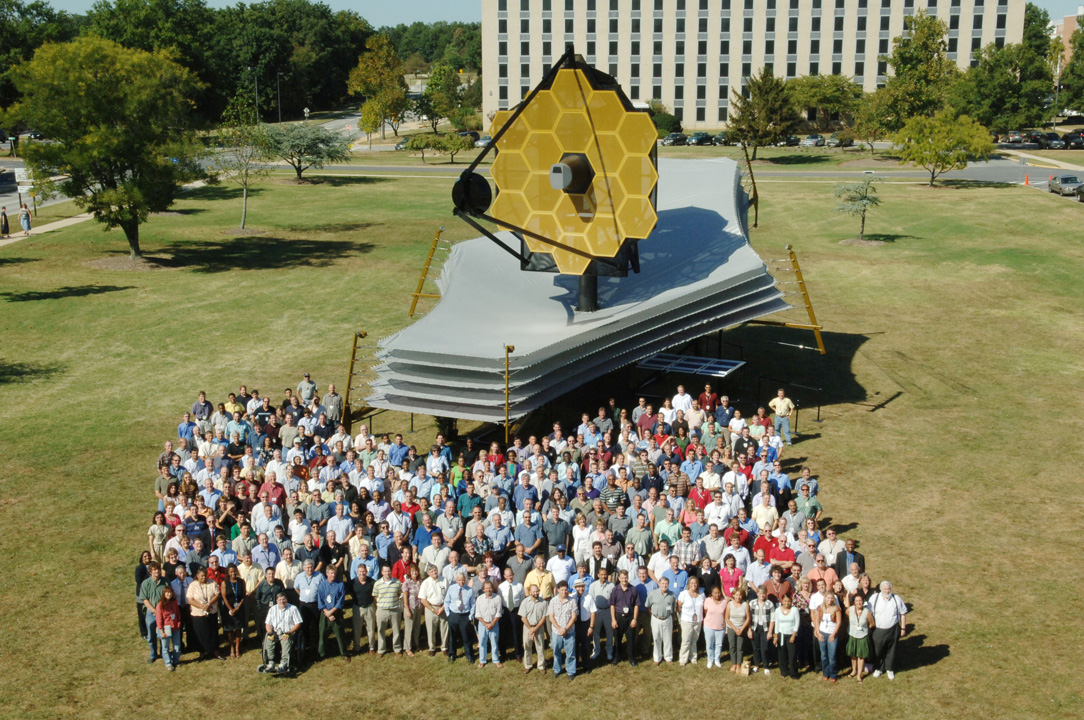 But even before that, another mission similar to Kepler but focused only on the nearest and brightest stars called TESS (Transiting Exoplanet Survey Satellite) will do an All Sky Survey searching for even more of these nearby habitable zone Earth and SuperEarth planets. It's like a finder scope for James Webb and it will launch a year earlier in 2017.


It should be noted that there are also a number of massive ground based Optical telescopes which will be able to also analyze atmospheres in different ways than James Webb (which mostly works in the Infrared).

The 24.5 meter Giant Magellan Telescope (GMT) is being constructed in Chile and will see first light in 2020: 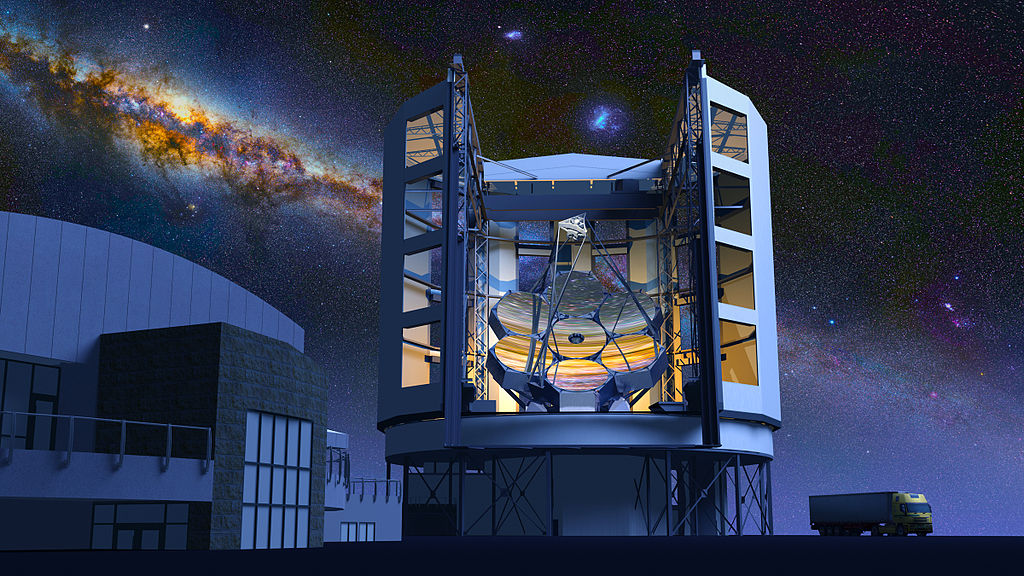 The Thirty Meter Telescope (TMT) is being constructed in Hawaii and will see first light in 2022: 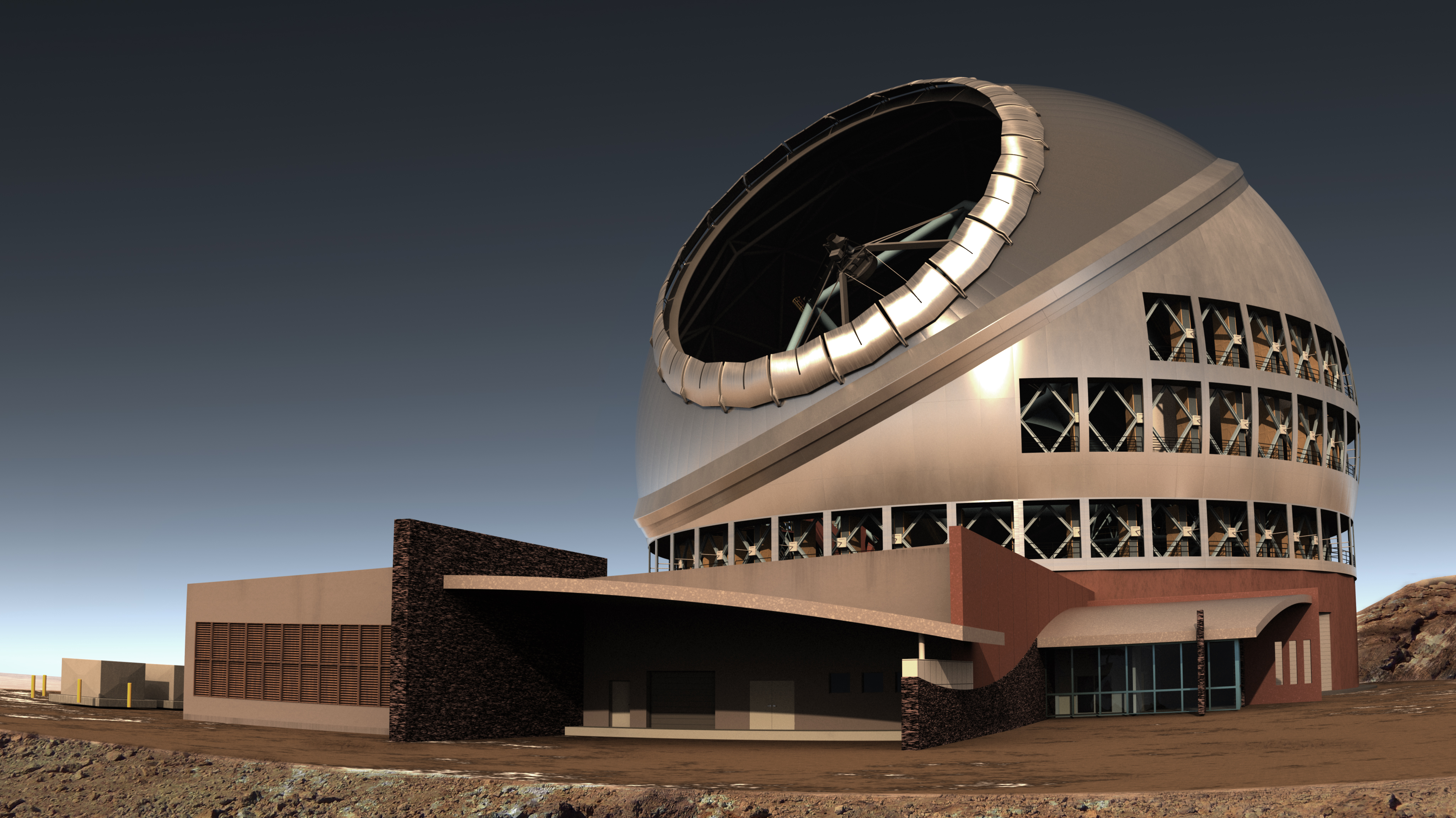 And the Europeans even larger 39 meter and appropriately named European Extremely Large Telescope (E-ELT) is being constructed in Chile and it should see first light around 2024: 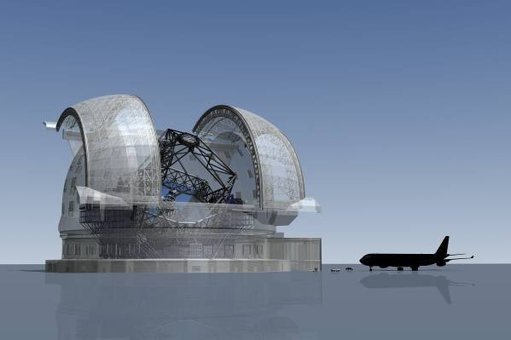 Also we expect there to be around 130-160 habitable zone planets around nearby M-class red dwarfs within 32 light years of Earth: 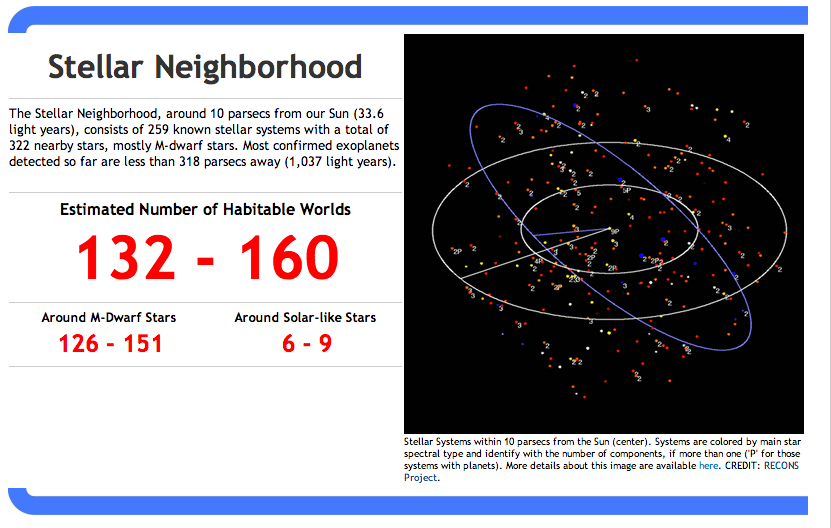 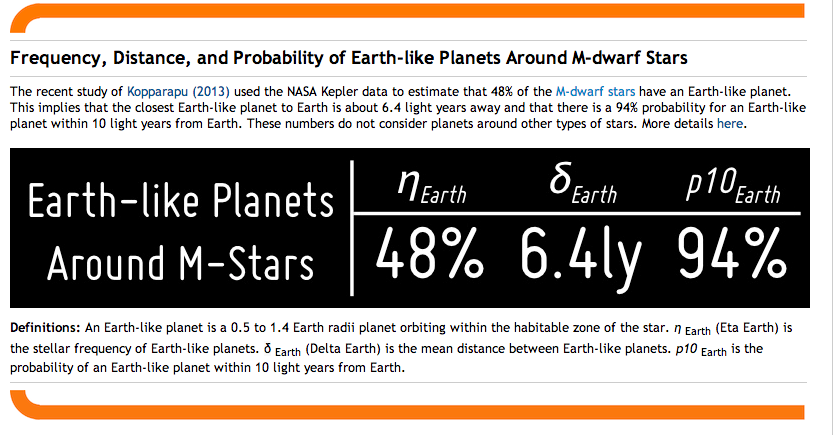 All of this is why people are very excited in the field and feel we may get the first hints and even perhaps confirmation that life exists around other stars. If we find a planet with life so close (32 light years is a very short distance in the galaxy which is 110,000 light years across) then life is probably common in the universe.

I love these discoveries but the burning question is...

How do we get there when it's 37 TRILLION miles away? My bags have been packed for quite some time.

originally posted by: chancellor336
This is really neat and I like what all of these astronomers are doing looking for hospitable planets and all, but there is one big flaw to all of this. I don't mean to break anyones dreams but we most likely won't be able to have the means of transport to get there in our lifetime and maybe even our children's kids lifetime. So when it comes to it I don't think that people should be worrying about whats going on outside our planet, we should be worrying about our own planet because as for now its the only planet we will ever live on. Good day

True. But space exploration is important as a human species, we are driven to explore and space is literally the final step in our exploration and our survival. Earth won't be able to sustain us forever, and what if a mass extinction happens again, then what?

originally posted by: eisegesis
The closest earth like planet is 6.4 light years away.

That's what the statistics gathered by Kepler imply, yes.

That's only what's been discovered so far.

It has not been discovered yet. The closest one we know is Tau Ceti e which is 12 light years away.


We could possibly find one a lot closer to us, right?

Possibly but it would have to be orbiting Barnard's Star (5.9 light years), Alpha Centauri A or B (4.5 light years) or Proxima Centauri. (4.3 light years).

There aren't a lot of stars closer than 6.4 light years. The ones I mentioned above are the only ones, plus a few brown dwarfs.

I love these discoveries but the burning question is...

How do we get there when it's 37 TRILLION miles away? My bags have been packed for quite some time.

Well one could plan early. That's what the 100 Year Starship Organization is all about.

I'd unpack those bags but perhaps pack them for your grandchildren.

Basically, there are two known approaches to interstellar travel:

Slow and steady, large "generation ships" which travel at some low fraction of the speed of light.

Fast and furious, some smaller ship which can reach a significant percentage of the speed of light so that relativistic effects like time dilation make the trip appear shorter to the crew on board.

There may also be a third which involves warping space/time and that is being investigated right now at NASA by Dr. Harold White through a small experiment.

Interstellar travel lay in our future though and just as the first map makers plotted the way for future voyages to distant points on Earth so to are exoplanet hunters mapping the habitable universe for our future descendants.

posted on Jan, 17 2015 @ 07:33 AM
link
Maybe its time to dust off and reconsider old projects like Orion (1950s nuclear propulsion project). I begin to think that in a decade or two, we may discover a couple habitable planet within few light years.

Now that's a good name for a planet.