The ultimate size of the force will be "several thousand troops" able to respond within a few days to any attack or security threat, NATO spokeswoman Oana Lungescu said.

We are all screaming our heads off about Charlie, but I haven't heard a peep about this. Very sly. I was wondering what happened to our great alliance.

Jan. 15, 8:35 a.m.: An earlier version of this article stated that the rapid-reaction force was already deployed to Eastern Europe states. Troops remain at their national bases.

posted on Jan, 16 2015 @ 04:32 AM
link
I heard about this Rapid response thing a few months back .I think it was during the NATO meeting when they had the pic's of NATO toy military in a kids sand box . a reply to: FireflyStars

The ultimate size of the force will be "several thousand troops" able to respond within a few days to any attack or security threat,

To my militarily uneducated mind that sounds more like a "slow token response team" as opposed to a "rapid reaction force"
edit on 16/1/2015 by IkNOwSTuff because: (no reason given)

They've been yapping about this rapid response garbage for months while Italy is funneling money to the terrorists in exchange for hostages.

Put them up in bases somewhere within 300 miles. They're moving through undisputedly friendly territory!! For what earthly reason would it take them "a few days" to move 1000 troops? Dresden, for example, is only 450 miles from Kiev in central Ukraine. That'd mean they're getting about 150 miles a day. 18 MPH. Even for a truck convoy that would be PATHETIC. It's not like they'd be going anywhere en masse unless there was an actual attack.

Tell civilians to stay home and utilize the Autobahn! It's not that hard. Are we really pretending the Russians don't know where NATO troops are?

During WWII they were doing 10 miles a day on FOOT with ten minute breaks every hour.
edit on 16-1-2015 by FireflyStars because: (no reason given)


The United States Department of Defense announced Wednesday that 600 soldiers from the Fort Hood, Texas-based 1st Brigade, 1st Cavalry Division, will rotate to the Baltic states and Poland in October.
The deployment, the American military newspaper Stars and Stripes said, is part of what the American military calls "Operation Atlantic Resolve," which a Pentagon spokesman said is "to demonstrate US commitment to reassuring its NATO allies."

As part of the operation, the American 173rd Airborne Brigade Combat Team, the "Sky Soldiers," was deployed to Estonia in April. A total of 150 troops arrived at Ämari air base, and have been housed in Paldiski, doing interoperability training with units with Estonian Defense Forces and public relations events throughout the country. Similar units have been deployed in Latvia, Lithuania, and Poland.

The brigade was scheduled to rotate out in October, and the 1st Brigade will take over their role in training exercises in Eastern Europe. They were originally deployed in the wake of Russia's occupation of Crimea in February and the ongoing crisis in eastern Ukraine. 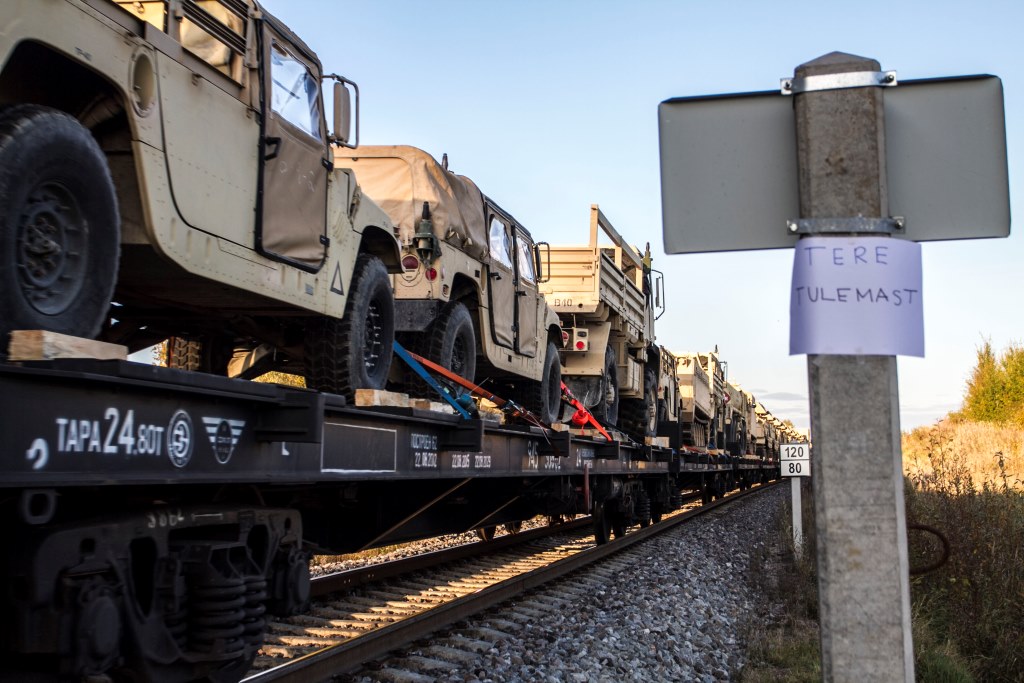 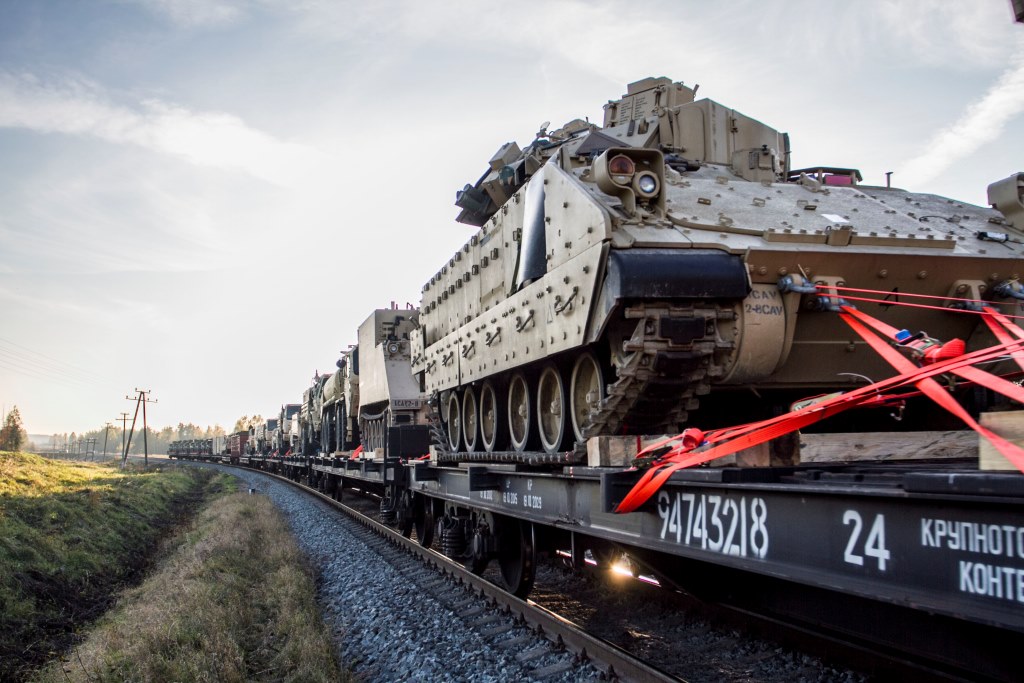 Oh, good, they have trains.

I assumed the Baltic states would be ok with us sitting on them, but I used Germany instead which is further away.

posted on Jan, 16 2015 @ 06:31 AM
link
I can see this working for a back up force to the affected country's own special forces, but in my opinion, you're not going to get any better or faster response than the special forces within your own country.

For example, the UK, If things get too much for the police special units, the SAS lend a hand. If more resources are needed after that, then yeah, get this "rather slow" international reaction force rolling.

Can only see it boosting the numbers though, similar to what the police and troops did in Paris.

The Ultra Rapid Reaction force is going to be on Direct standby much like SF like SAS, FSK, MJK, KSK and so on.

I hardly doubt it is going to have a long life as a Ultra Rapid Reaction Force. Unless the US pays the Whole bill.


Give peace a chance, down with war up with peace!

It all depends on the location and the amount of troops and hardware you want to move.


War what is it good for nothing at all!

Its a NATO deployment.

posted on Jan, 18 2015 @ 11:05 AM
link
I hate to say this but if the SHTF and things go down the tubes, someone is more than likely to press that shiny big red button and there would be very few survivors left. War is demonic and horrible. And I really despair of the Human Race. Humans killing each other and for what? Another scrap of land, black googy stuff called oil and for green bits of paper called money? No wonder other intelligent life forms regard Earth as a quarantined planet. It does not take much to see why!

If Christ, Buddha, Mohammed or any other of the spiritual founding fathers were here today they would do a face palm and bury their heads in their hands in despair.

Russia / Putin are the ones constantly invoking nuclear weapons. since they know they would not be able to win a conventional war against the US / EU / NATO my guess would be any use of wmd's will come from Russia.