posted on Jan, 15 2015 @ 04:30 AM
link
There aren't many details about this one yet, as it just happened yesterday, but an F-22 from Elmendorf AFB in Alaska suffered a significant accident on landing in Honolulu. It was part of a routine deployment for the group. Upon landing at the Honolulu International Airport the left main brake overheated and caught fire, causing a failure of the landing gear on that side. The aircraft appears to have collapsed onto the weapons bay/intake on that side. It'll take at least 30 days for a depot team to inspect the aircraft, and a decision to be made as to whether the aircraft is fixable, and what will have to be done to do so. 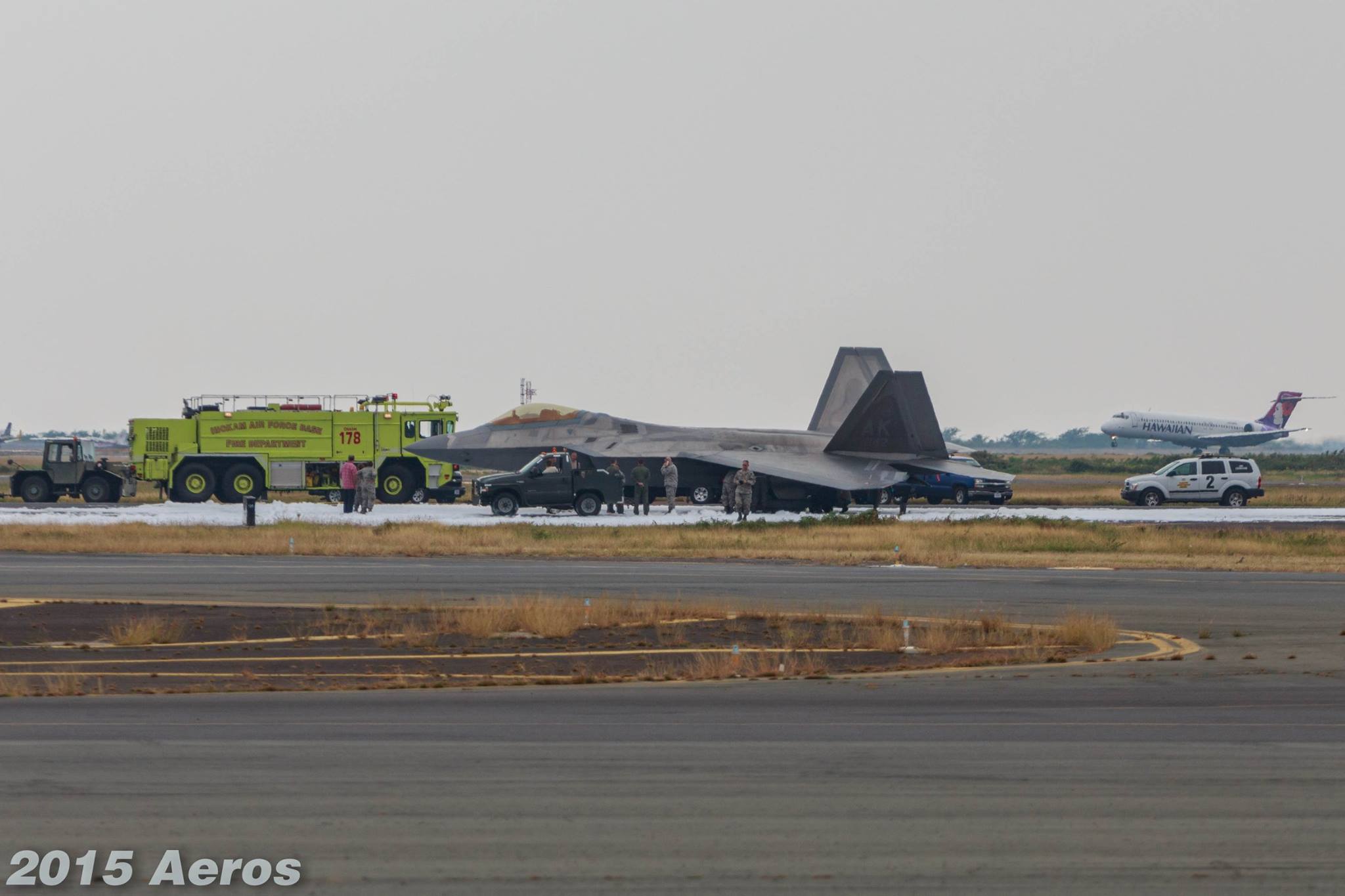 I always thought these things landed at military sir fields.

Have to say, nice looking fighter!

Hickam doesn't have a runway of their own, so they have a deal with the State. They abut the airport, and as part if the agreement the base maintains the first 2,000 feet of runway.
edit on 1/15/2015 by Zaphod58 because: (no reason given)

Thank you for that pearl of knowledge.

Lol, you seem to have a lot of those!

That said should be interesting to see what went wrong..

posted on Jan, 15 2015 @ 03:03 PM
link
I love the man made island at phik. That's cool how they did that. But one of the best departure routes I've ever flown too. Basically as soon as you hit like 200 feet you have to make a hard right to avoid waikiki beach and Diamondhead and stuff. It's alot of fun.

We used to love when the B-1s would go. They'd make that turn, and stay in afterburner until safely past Honolulu.

Before the Reef Runway was built we had an old water burning -135A lose water on takeoff from 8L. They couldn't climb until almost Diamond Head. They were looking across the Ala Wait Canal, UP at buildings. The pucker factor was set to maximum.

posted on Jan, 15 2015 @ 03:38 PM
link
it would be kind of comical if the pilot hit the brakes "a little hard" intentionally just to get a few extra days on the island before returning to the frozen bitterness of alaska. talk about a quarter billion dollar oops if they scrap the jet. lmao

It wouldn't be the first time someone screwed up like that. Heh. Some time around 86 or 87, we had a flight of Marine A-4s coming out of Korea on a routine transfer. One of the pilots, when he landed in Korea, suffered a nose gear failure. He was afraid it would happen again in Honolulu, so he didn't even bother to put the gear down.

Luckily for him he had three externals on board, and slid it in on them. Very little damage to the aircraft itself, but all three tanks were sanded flat and had the piping ripped out of them.