Trite to say it guys.....but here we go agaiiin!
If these stupid incompetants cannot do their job with the tools they have already usurped from us this # has got to go!
The provocation to revolt is like a gloved slap in the face of the public......
I suspect the breaking point is nearer than the PTB can accurately guage....their arrogance is going to be their downfall....

■Changes to the privacy limits governing information submitted in passport applications to allow it to be shared with national security agencies.
■Authorizing information on the movement of controlled goods such as automatic weapons and tracking devices, and substances that can be used to make chemical weapons, to be shared with investigative agencies.
■Making it easier for police to detain suspected extremists.
■A new strategy to help prevent young people from becoming radicalized.

[ex/]
I am sure the final clause pertains to all young people....and detaining suspected extremists any easier than now WOULD BE TURNED ON THE ENTIRE POPULACE SOONER THAN LATER......
Harpers little police state is shaping up quite nicely folks....

Well slap me with a wet noodle if you like, but I think those measures are necessary, and far be it from me to heap praise on the Harper regime.

There was a demonstrated security gap between customs and the RCMP, and until this law is passed, the present protocol prevents border agents from contacting the RCMP about passport issues. The other points were discussed on the National in the past week.

I also strongly believe that there needs to be a new approach to the problem of jihadi recruits. Did you watch the news tonight and listen to what the father said, as well as the imam talking about the new converts?

The killing of Cirillo brought new converts of young men to one mosque. 20 converts in two months is a high number of young men. Yet when the imam tries to do contact follow-ups, they can't be reached and they don't show up again. Why is that? Why do they go to mosque just once to become converts?

Another aspect is that they seem to travel overseas in small clusters, and their fares are paid by someone else. Perhaps the prerequisite for getting paid fare is that they must be muslim or new converts?

The pretext, if they alert people to their whereabouts after a while is that they are in Egypt or wherever to study their new religion. Really? Then why did they not have a follow-up in the original mosque in a more familiar language?

Nevertheless they end up in Syria or nearby and it is only after they are killed that the families are notified of their deaths. After their death they are suddenly termed 'martyrs for Islam' and their families receive funds from an unknown source. Now even if the families are angry about this whole thing, someone is pinning the status of martyr on them and their departed son is thus supposedly "bringing honour on them." I hope the muslims will examine this aspect of it and tell their children that it is not an honour to be waging the demented killings and rapes enjoyed by the likes of ISIS, and that such blood money is not wanted.

See what I mean by new strategy? The imams have been asking for help from the government to develop strategies. I am impressed that they want to put the problem on the table. In this way they might take back their religion from the deviants.

Just my 2 cents. Oh, here's a -link- to the latest jihadi story

posted on Jan, 15 2015 @ 03:30 AM
link
There will be no stopping ths war that's about to go down....
but be that as it may...these same laws apply to all of us, and can be used to stifle dissent at will.....
police powers of detention are sufficient without further bolstering......
The youth need to be convinced the jihad trail is a dead end some other way......by their parents presumably and their community.....
If they are not accepted here...they will become estranged easily......easy meat for jihad recruiters.....
These rules may seem nessesary now but they will be broadened in future....the government gets its hands on children its never a good outcome it seems.....
edit on 15-1-2015 by stirling because: (no reason given)

posted on Jan, 15 2015 @ 06:34 AM
link
The who is supporting these people with money and weak minds might just be this Gulen fella and his involvement within the Islamic movement in the west . www.boilingfrogspost.com... a reply to: aboutface 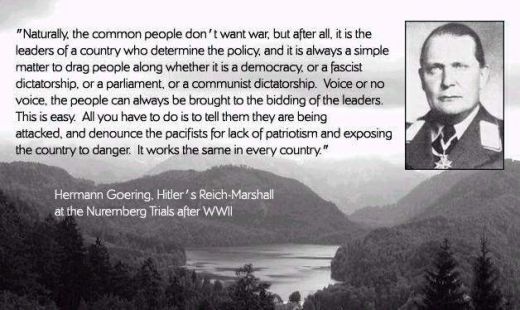 Harper announced his intentions immediately
But that's not all! They were planned in advance

Even before the attack, Cotler said, there were plans afoot to enhance Canada’s anti-terrorism laws “with respect to investigation, detection, monitoring – we have some 90 Canadians who are under surveillance because they might seek to travel abroad to fight.

Changes to the privacy limits governing information submitted in passport applications to allow it to be shared with national security agencies.

Nothing to do with Canadian Privacy, there's actually a problem between government systems for security checks at the moment.

Authorizing information on the movement of controlled goods such as automatic weapons and tracking devices, and substances that can be used to make chemical weapons, to be shared with investigative agencies.

Making it easier for police to detain suspected extremist

THAT is troubling, but I"ll await the details before I freak out.

That will just be colorful language and nothing else. They can't actually legislate that sort of thing.

Doesn't a little responsibility in this very complex issue rest on the shoulders of Muslim leaders??? I know, it's not popular, but I look at other religions and don't see Youtube videos telling them to pick up arms and travel to countries where their religion is being 'oppressed' and kill people in the name of God. Sure every religion has extremists, but one is so extreme people are being killed.

I understand how complex the issue is and the many legitimate grievances Muslims have. The Palestinian issue is just one face of a similar problem in many countries...let alone all the 'intervention' the West likes to impose on Muslim countries. I see Native people in North America have suffered the same or worse yet I don't see them strapping bombs to their bodies and taking out cafes.

These extremists get significant financing. Until Muslims start to address why they continue to support extremists in belief and funding I don't see a solution being possible. If that doesn't happen eventually I see Western countries banning Muslim practices as sponsors of terrorism. You can't hide terrorism behind a religious veil forever.

posted on Jan, 15 2015 @ 05:15 PM
link
First off I am Canadian and what I have noticed is a lot of little steps by our Government that are slowly eroding our life as we have known it.
"A little off the top" then "A little off the sides"
Before you know it your bald.
My distrust of our Government really kicked in when we leased German tanks and then paid for American transport planes to get them into Afghanistan to what end I ask? What good came of that fiasco?

We can't seem to fund our social services but yet we are now written down for 20 or so F35's that are junk in my opinion.
Why not spend a few billion on stealth fighters when you have major problems at home?

Hey stirling!!
Ugh. We're being 'brought into' the fray.

Must agree with Iwinder...I've been watching the small changes...here and there.

In 54 years in Canada, I can honestly say I've never felt afraid...until recently.
Countries seem to be falling in, like a domino effect. The pressure is building.

posted on Jan, 16 2015 @ 01:47 AM
link
a reply to: Iwinder
You need to watch this CBC documentary, if you havent already:
Runaway Fighter

originally posted by: Ridhya
a reply to: Iwinder
You need to watch this CBC documentary, if you havent already:
Runaway Fighter

Yep I have viewed that one but I hope others here take the time to watch it as well.
Pretty unnerving facts in that documentary that should shake up the toughest clams to shuck:-)
Thanks for posting that.
Regards, Iwinder
edit on 16-1-2015 by Iwinder because: (no reason given)