Some good news for a change; Arrested teen saves life of officer booking him

One situation that is a but more positive is where a teenager being booked for jail saved the life of the officer arresting him. 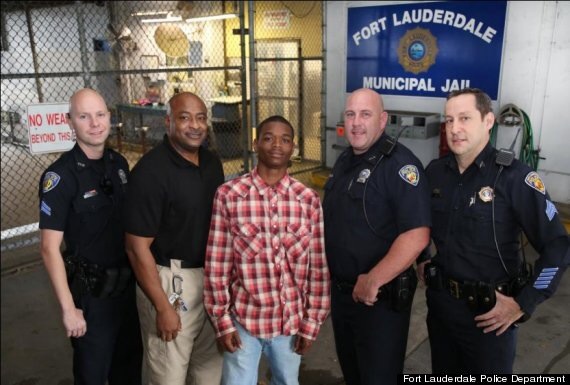 On the wrong side of the law, but a hero by almost any other measure.

That's the short story of Jamal Rutledge, a 17-year-old who saved the life of a Florida police officer in September, when he called for help after the officer clutched his chest and collapsed while booking Rutledge into jail. The teen, and several responding officers, will be publicly recognized at a ceremony Jan. 21.

Perhaps minor news in the scheme of things, but nice to see something positive in amongst all the horror of late.
edit on 14-1-2015 by cuckooold because: (no reason given)

Nice to see some positive news for a change, though.


I may be wrong but I don't think I am, unfortunately he's already been arrested a few times since. I read this earlier on ATS or somewhere else and someone commented they hoped the experience would help him stop breaking the law. That was responded to with information about arrests after this incident in September.
edit on 1420150120151 by Domo1 because: (no reason given)