posted on Jan, 14 2015 @ 06:21 AM
link
It is a pdf file called "integrated space plan (preliminary)" from Rockwell space transportation systems division, and published in 1989. It's massively complex so you need to be patient when trying to get to grips with it, but it's absolutely fascinating how Rockwell saw the future for humans and vehicles in space.

For those with a penchant for space conspiracies there is plenty to go at, especially if you think those DoD space platforms ever got built as planned!!

Also I thought it was massively optomistic, considering the period, and only three years on from challenger with shuttle ops hugely curtailed etc...
You could say totally unrealistic, but then again this company have a fine pedigree for advanced tech and secret squirrel stuff so who knows.

What do you think of it? Everytime I look at the diagram I see something new.

The ISP is not meant to be a definitive plan for the development of space, but rather a compilation of evolutionary opportunities for our near-term and long-range space activities.

Sad to say it's pretty obvious that we're behind their schedule...

Edit: here's a color version
edit on 1/14/2015 by RedParrotHead because: (no reason given)

Very nice find.
Was a good Look at things.

I think it's genuine, here is another link which details a program aired on UK BBC2 regarding the document.

I'm convinced its legit, at least as an exercise. I enjoyed the "special thanks" at the bottom which ends with "...and R. Fred Pfost who said 'Do it.' "

R. Fred had some interesting patents in the hopper!

They thought big, spent big, set out to conquer the Universe.

This "schematic" was produced three years after the Challenger Disaster, probably they were reassuring themselves of the need to continue despite the wet blanket thrown over operations up to that point.

I remember the era. Challenger blew up in '86 and everyone was rocked, that was the biggest space disaster with the most lost lives ever in the space program to that date.

Everyone needed to be reassured that they could re affirm the goals of space. Reagan's Star Wars, The ISS, and onward upward to the moon, mars and beyond.

Big money era and big dreams as well. Now we see more focus on unmanned space exploration instead of colonies.

That stuff is costly.

I think it's legit too, although the link I just detailed for the BBC video doesn't work sorry about that.

But the report about it seems genuine. I wonder what NASA thought of it.

There's speculated to be a big difference between the actual space program and the stunted NASA garbage manufactured for consumption by the masses. The achievements of a proposed "black" or "break-away" program of space exploration might very well be beyond the average citizen's comprehension.

For some reason, I thought you were younger and didn't know much about the 'old days'.

I agree with your views of those times. Twenty years before that, I'd look up at the moon and know we were WALKING on it!! An unbelievable sensation of exhilaration...of inevitable expansion and growth. Our destiny was the stars! It was just a matter of time...


I took the family to see the movie Interstellar, last week. I hoped to fire their imaginations in that direction. That it perhaps wasn't a 'dream', but a necessity! It did rekindle that for me.

Perhaps the base agreement lies in 'I want off this rock'.

Oh btw, your avatar image is corrupt.. It does not display.. 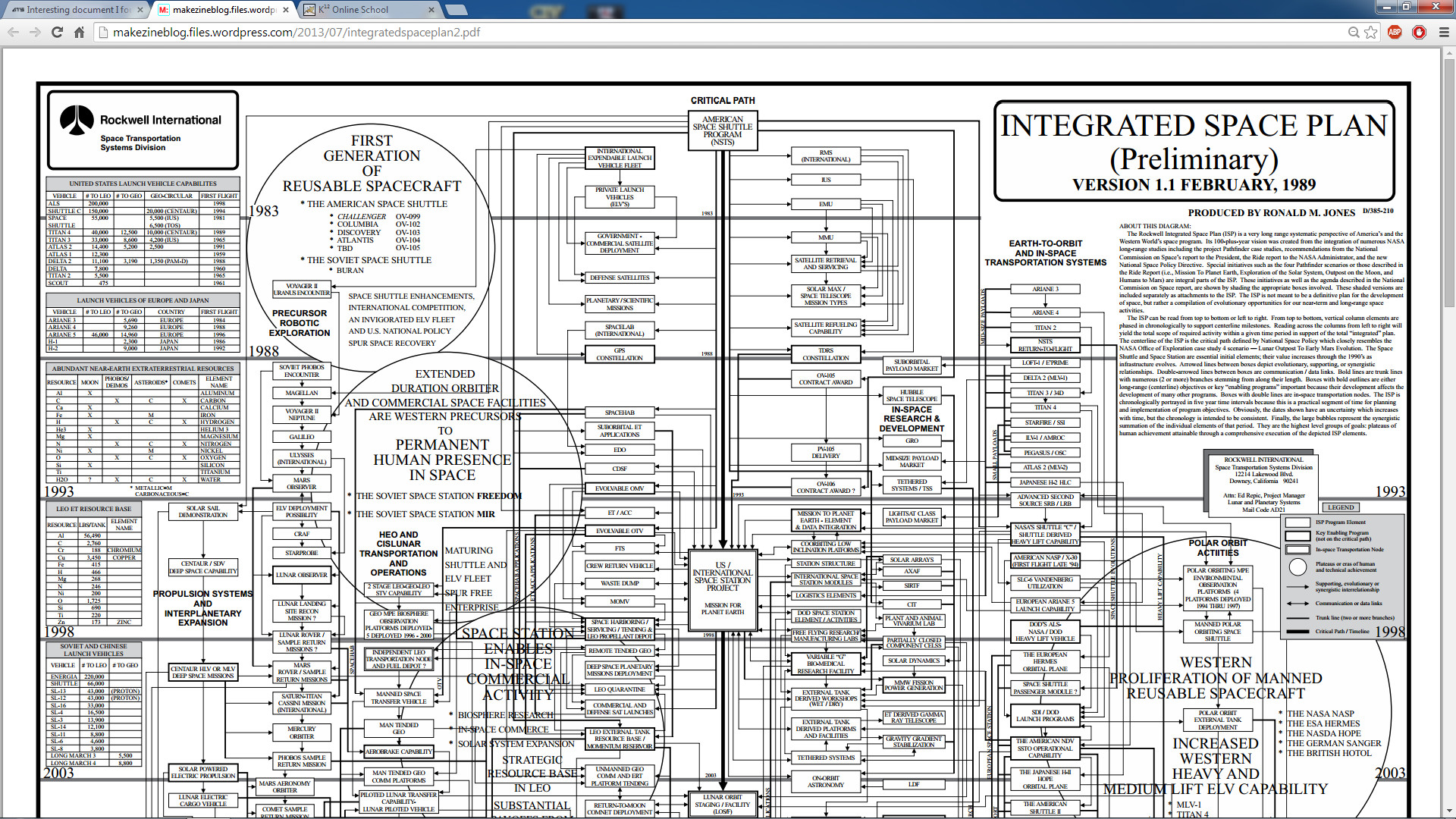 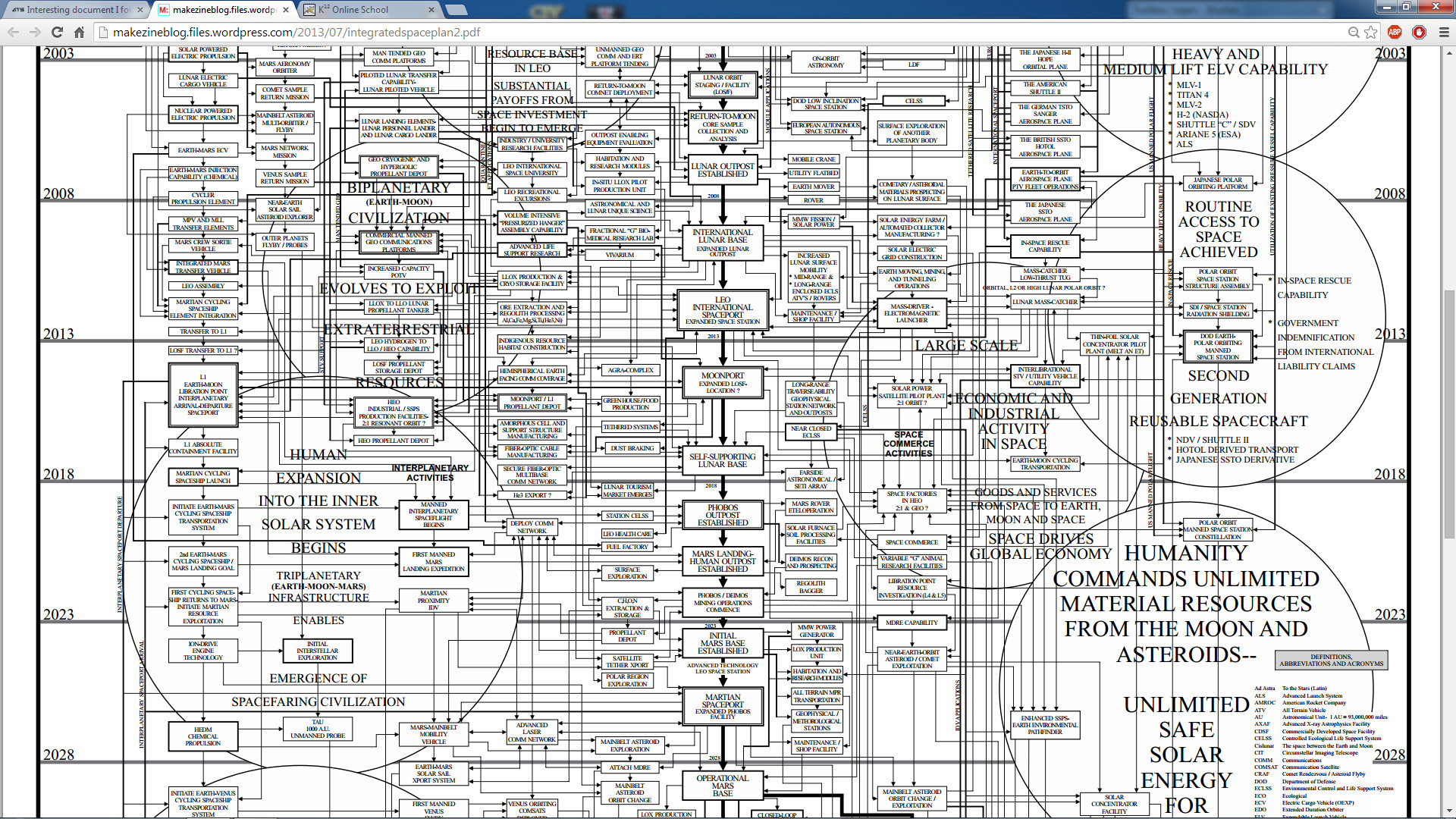 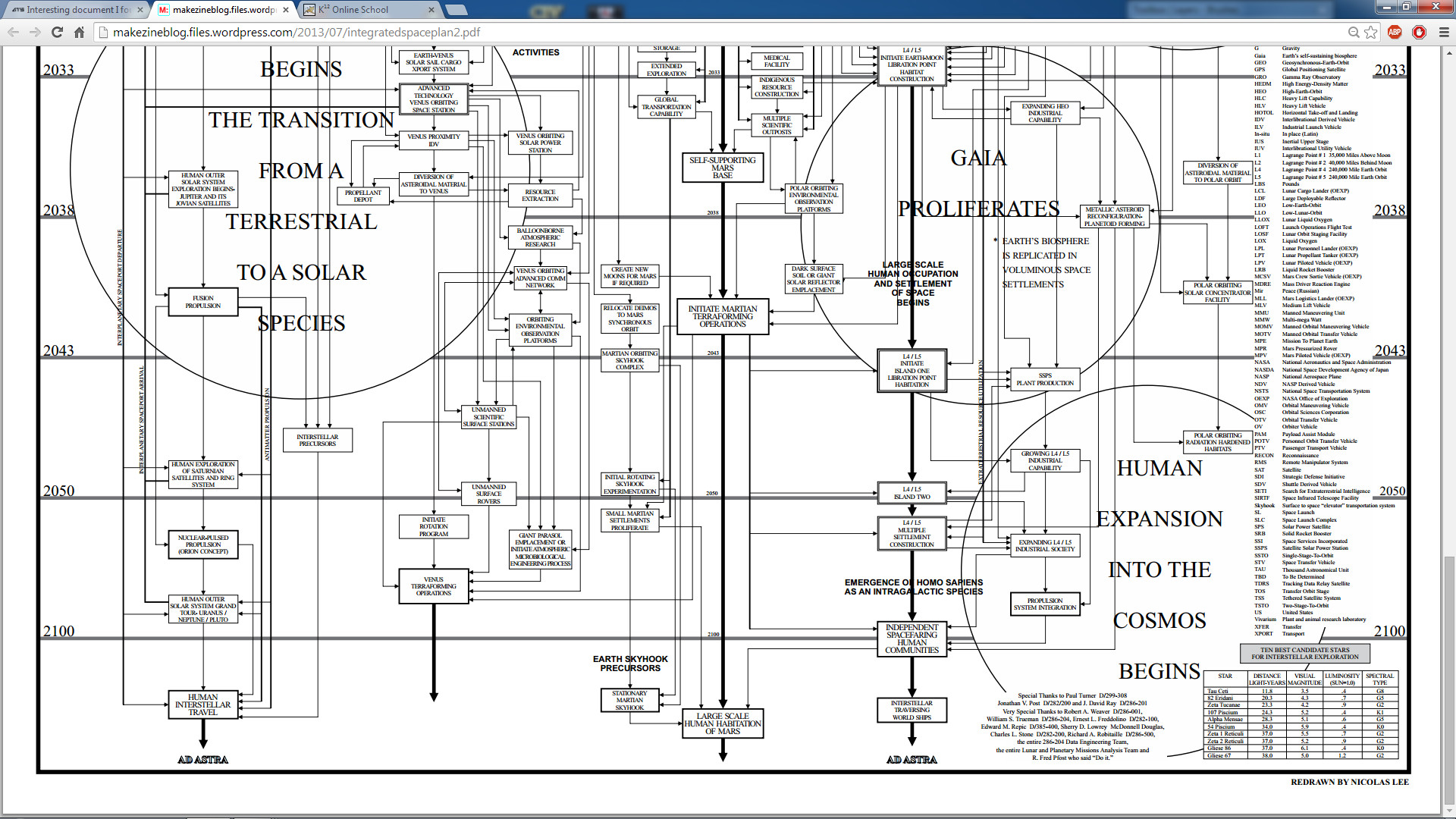 Twenty years before that, I'd look up at the moon and know we were WALKING on it!!


I was in the back seat of the family car, my dad had the radio on tuned to the live landing. My dad said they are stepping on the moon right now. I leaned over and looked out the window, craning to see straight up where the moon was and was amazed, too. Its one of those, 'where were you' moments everyone remembers (like JFK). I was here for both, so you know now.

An unbelievable sensation of exhilaration…of inevitable expansion and growth.


My sensation was, what a hostile place to be. I hope they can get back.


Our destiny was the stars! It was just a matter of time…


It still is, but we have to pass on first.

Agree on JFK as well.

At least passing on first has no 'baggage' problems....

Agree on JFK as well.

At least passing on first has no 'baggage' problems....

Thanks Eric, for putting in the work. It was a tough read. Even tougher sell.

I personally witnessed, along with about 20 others, a lengthy sighting of what is called a black triangle in 1998. I also did a lengthy "UFO" sighting interview with an ex-paratrooper in late 1985. He and his son viewed for several minutes two triangle-type craft moving low, slow and silently in a tight formation over southern Oklahoma just days before I talked with him.

That plan can't be based on plain, old rocket technology. You notice that there is nothing mentioned about some fantastic development that was appearing to supercede the death traps, the shuttles.

Yet, I have no doubt but what that plan has been fairly well achieved with the aid of the revolutionary physics of the triangles. Most of the subcategories of that chart are simply historical or meaningless once you introduce the locomotion characteristics of a novel, non-rocket, type of transportation system.

It was not a plan for mere rockets. It was designed for the physics of triangle-type craft via the US Space Force to be an initial defense program followed up with serious off-planet, economic investments. Reagan's "Star Wars" was not a joke as many of you have been lead to believe. It was the mechanism to make all of this possible. But of course, most of the public still is stuck thinking of rockets as the only way to go anywhere.