posted on Jan, 12 2015 @ 08:00 PM
link
Perhaps this will come as not much of a surprise, especially for those who have spent some time in the Mars anomalies thread. 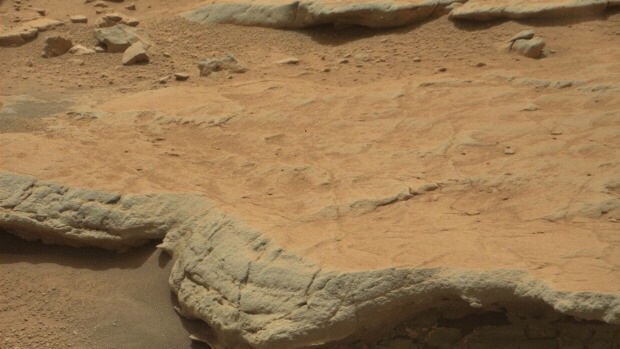 Without a human scientist roaming the surface of Mars, it's devilishly difficult to find out whether there's ever been life on the red planet. Current robotic explorers aren't really built to answer that question.

But in a paper published in the journal Astrobiology, a scientist describes patterns in Martian rock that she says look uncannily like the fossil signatures from primitive microbial life on Earth.

Geobiologist Nora Noffke of Old Dominion University in Virginia analysed Curiosity's Mast Camera images of a spot in Gale Crater called the Gillespie Lake Member, where the rocks could be almost 3.7 billion years old. While examining images the rover snapped in 2012, Noffke began to notice patterns in the rock that reminded her of structures she studied on Earth.

As Noffke pointed out, scientists think that Mars and Earth may have looked fairly similar in their early history.

Very interesting and potentially exciting news.
edit on 12-1-2015 by cuckooold because: (no reason given)

posted on Jan, 12 2015 @ 08:05 PM
link
Not surprising but still interesting Thinking about microbial mats leads me to think maybe life on Mars went beyond that and perhaps still does till this day in some capacity. S + F.

It is interesting to me that Mars may have been very similar to Earth before it dried up. I think it might have had oceans and a similar atmosphere, but I'm not sure.

posted on Jan, 13 2015 @ 03:20 PM
link
It would be a lot more convincing if this particular pattern in the mud could ONLY be caused by microbial life.