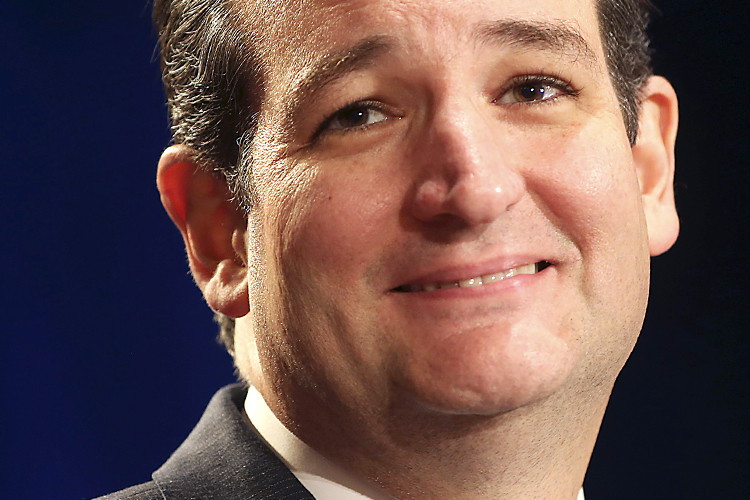 I have covered Ted Cruz's idiotic remarks in past videos but now that he's been appointed and waiting confirmation has chair of the Subcommittee on Space, Science and Competitiveness. Let's take a look at some of his past anti-science remarks.

Appointed Jan. 8, Cruz is expected to be confirmed to the new role by the end of the month as one of many changes to the new Republican-controlled Congress. But the Republican senator's words and actions during his time in office have painted him to be a far cry from an advocate for the sciences, leaving many concerned about the future of space and science funding.

"'Net Neutrality' is Obamacare for the Internet; the Internet should not operate at the speed of government."

"The last 15 years, there has been no recorded warming. Contrary to all the theories that they are expounding, there should have been warming over the last 15 years. It hasn't happened."


SourceMeet the climate deniers who want to be president


"You know, back in the '70s — I remember the '70s, we were told there was global cooling. And everyone was told global cooling was a really big problem. And then that faded."


Source Meet the climate deniers who want to be president

"You always have to be worried about something that is considered a so-called scientific theory that fits every scenario. Climate change, as they have defined it, can never be disproved, because whether it gets hotter or whether it gets colder, whatever happens, they'll say, well, it's changing, so it proves our theory."


Source Cruz to CNN: Global warming not supported by data

"I was disappointed that Bruce Willis was not available to be a fifth witness on the panel. There probably is no doubt that actually Hollywood has done more to focus attention on this issue than perhaps a thousand congressional hearings could do."

"I wondered if at some point we were going to see a tall gentleman in a mechanical breathing apparatus come forward and say in a deep voice say, "Mike Lee, I am your father" … and just like in "Star Wars" movies the empire will strike back."


Source CIA Insider: "Forget Iran, Iraq, Ukraine, and Syria this is where WWIII will start"

"The authorizing committees are free to set their agency budgets, and that includes NASA."

"Each day I learn what a scoundrel I am."

Washington Examiner published on December 23, 2013 74 Quotes from Ted Cruz. Click on through for more gold.

posted on Jan, 12 2015 @ 04:24 PM
link
An earlier thread covers his appointment ( www.abovetopsecret.com... ), and the best thing that can be said for this horrible news is that NASA's funding has been approved and signed - at least for the coming year. Hopefully some other agencies also have a year to live on full funding, but now Cruz and his fellow shrink-government-and-then-drown-it-in-a-bathtub (and they include science and space in that wish) partners in grime will have to wait to start carving up the already slim turkey.

HOW THE HELL DID THAT STUNTED INVERTEBRATE MORON BECOME THE OVERSEER OF NASA?

I am sorry, but if you are going to oversee NASA then you have to have bona fides, some sort of evidence that you are going to do a better job than any random, boneless moron one could pick out of a queue at McDonalds. THIS idiot has not even got the wit to play chess with a damned cheesecake! His understanding of Newtonian Physics, let alone the complicated geometry of space time, is only beaten in its paucity by that of a withered and much abused houseplant, left in a stuffy, nicotine stained room, with only the muted and infrequent dalliance with illumination, given off by a fridge door being opened, to sustain its pathetic existence!

This is a damned outrage! Who is responsible for this utter madness?


This is a damned outrage! Who is responsible for this utter madness?


Senate Majority Leader Mitch McConnell, the fine voters of Texas, the backing of the Tea(se) Party, and the T-parties in-house elected officials. What a fine predicament we've gotten ourselves into, Ollie.

This is a damned outrage! Who is responsible for this utter madness?


Why are you so outraged are your taxes paying for the agency?

Before I continue with my post, I must offer up this disclaimer for the benefit of those with certain sensitivities:

I have NO problem with Republicans per se. No matter what you read next, please believe that right in the depth of your heart.

The Republican Party of the United States of America ought to be ashamed of themselves for playing fast and loose with such an important national institution, the people who voted in such away as to allow this monstrosity of an appointment to come to pass should be ashamed of themselves for their shortsightedness, and above all, that McConnell swine needs putting through a damned mincing machine.

Appointing arguably the thickest person you could possibly pick for that job, is going to mess with the sciences big time, specifically those which will see our species flourish and grow if allowed to come to pass, but more than that, will offer mineral and therefore energy abundance to the entire world in the next hundred and fifty, to two hundred years. This appointment is going to be the least successful in the history of the US government, I have no doubt in my mind.

I would like to take this opportunity to thank everyone involved, for holding the scientific progress of the human race back, for ensuring that whatever money NASA gets from here on out will be wasted, and for making sure in the out working, that space exploration will not be a significant industry by the time I am dead, and I thank these utter bastards on behalf of the rest of the planet too. The reality of NASA is that it is not just Americans who work on, or benefit from its missions, because you have to include contractors and their International Space Partners as well after all. Along side that the scientific data recovered by its missions over the years has been invaluable to science, and its missions have expanded the knowledge base of the entire globe, lead us to better understanding of the shape of the universe, and everything else in it, than we would have had without that institutions existence.

There was a legacy there, and Ted Cruz, or should I say, his helper, is about to use it to wipe the drool off his chin. Thanks very much folks!

originally posted by: sirlancelot
maybe he can get NASA doing science stuff and not muslim crap? 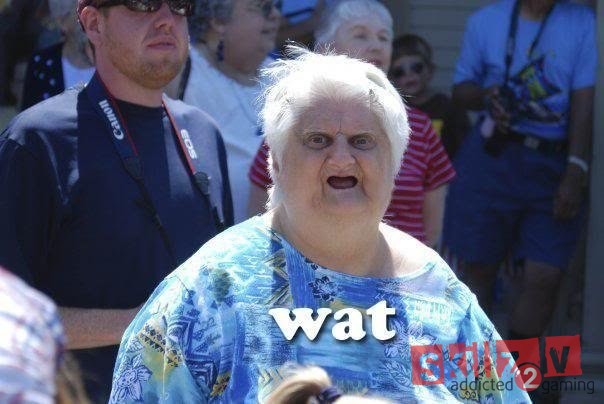 ...is something only Ted Cruz would say and mean, surely?

You know what, it's late and I am tired. Perhaps that is why I cannot tell if you were kidding just then or not. However, what I would say is that between the lack of certainty on that point, and the fact that I am SO angry about Cruz's appointment, I am washing my hands of this entire ghastly business, and going to bed.

Night everyone, I hope the world is a different shade of crazy tomorrow, than it clearly has become today!


originally posted by: sirlancelot
maybe he can get NASA doing science stuff and not muslim crap?

Lolol ol.... That picture is perfect for the type of conversations I've been reading on this forum all day.

The morons are trying to overpower us with sheer volume.

There is a seemingly concerted anti science movement in governmental ranks going on at the moment, all over the world.

An example off the top of my head...Australia doesn't even have a science minister anymore, and funding for the CSIRO has been slashed dramatically.

HOW THE HELL DID THAT STUNTED INVERTEBRATE MORON BECOME THE OVERSEER OF NASA?

Because stunted invertebrate moron voters voted him into office, mostly because our elections are decided by billionaires buying the media and turning their agenda into popular opinion of the ignorant and gullible.

originally posted by: sirlancelot
maybe he can get NASA doing science stuff and not muslim crap?

WTF??? Is that actually an honest comment about this topic or a joke???

If it's a real comment, that's scary and sad but even worse than the comment are the two stars that came with it. To think that two other members read that and thought, "Oh ya, I totally agree with this guy" makes me want to take a claw hammer to the face of those members.

What the hell is up with ATS lately??? This kind of stuff is just getting more and more prevalent along with other patters that are really hurting this site over all. I honestly just don't get it.

posted on Jan, 12 2015 @ 09:15 PM
link
I agree it is pretty shameful. But really, which politician would really do any better? Sure old Ted went back for seconds when they were handing out pathetic but they all suck.

However, the non-elected NASA bureaucrats have weathered these storms before. Times will be lean but they should survive. They suck in their own right but the beneficial science should be OK.

As explained other posts in the thread, NASA and its continuing to be a world leader in space, is necessary for the human species as a whole, not just as individual nations, but as a collective. Our future depends on the capacity of organisations like NASA and the ESA, as well as commercial space agencies, to work together to get us further out, faster, and improve the technology used to get there. This requires pulling in the same direction, and you cannot do that, if one of the people at the rudder happens to be getting his own saliva all over it.