I have lost count now of the number of posts I have had to write in the last few days justifying why I don't "hate" different groups in society, why I don't view one man's religious beliefs as "evil" or as a "cancer" on society. I was just about to start writing up another one of these posts when this song started playing out of my Itunes.

This song really speaks to me (most of Passengers stuff does), you see I hate haters, I hate quite a lot of things in life but what I really hate is hate itself, I hate it. It must be so depressing to go through life "hating" a whole group of people just because you either don't understand them or just point blankly refuse to accept any life choice that is different to your own. Be it hating them over politics, ethnic background, sexuality, sexual orientation, gender, religion or even just because you don't like them because they have more money than you do, a better car than or support the sports team in blue..... it must be so dam depressing.

I know I sound nieve and oligopolistic but if each of us had a little less intolerance, and a lot less hate I think this world be a much nicer place to be living in.

We all need to stop hating and start accepting that we are a diverse and very flawed species each of use have our good and bad points, we need to start embracing this, we have a multicultural world now and love it or.... hate it, it is hear to stay. Nobody is going to stop gays being gay, blacks being black or Muslims being Muslims and Atheists being Atheists just like we can't "send 'em all back to their own country". Because, again, love it or....hate it, regardless of what country you from, this is as much your home as it is your neighbours regardless of his race, colour or creed because after all we all come from this tiny speck of dust. 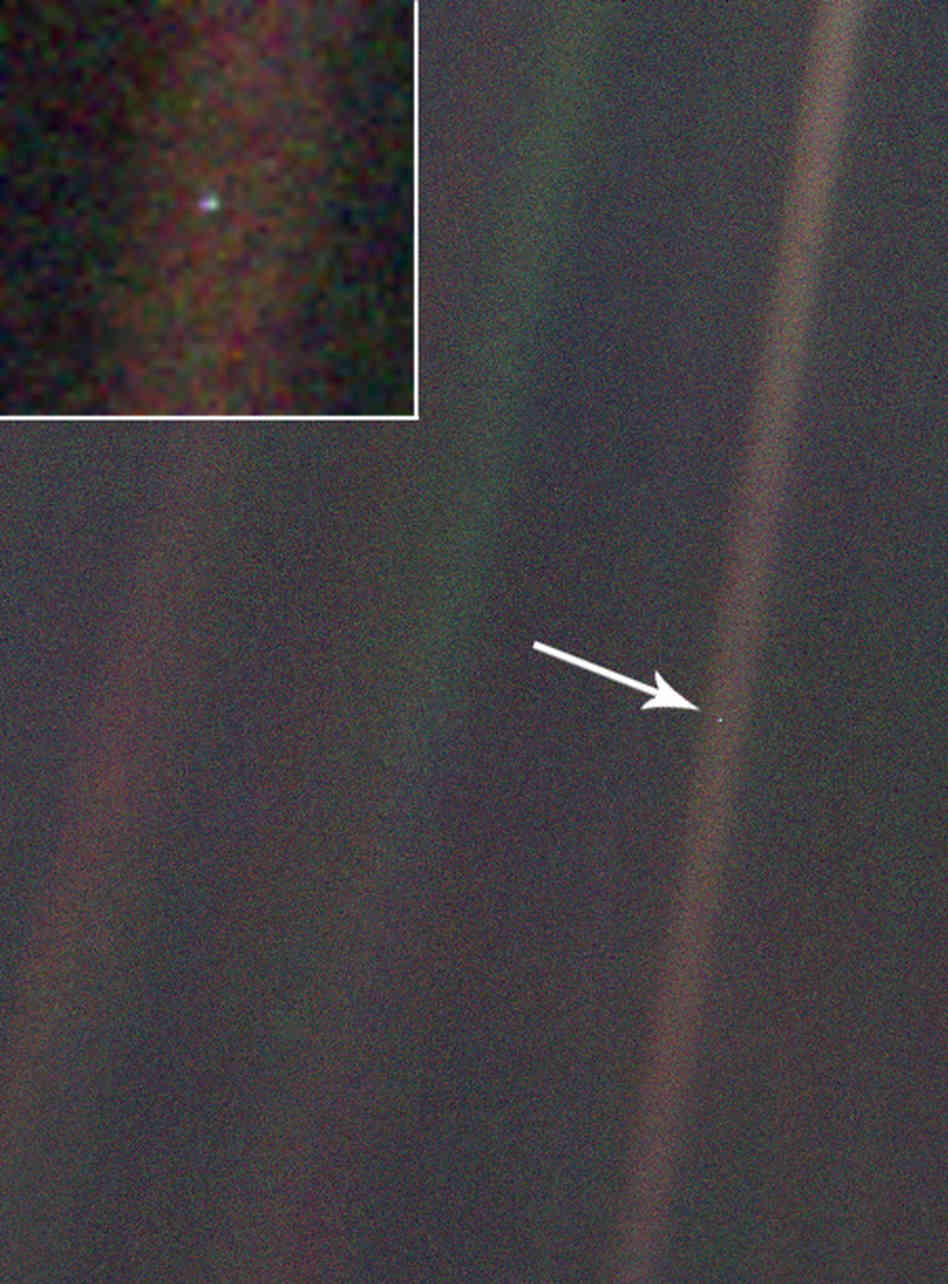 Honestly, I cannot be the only one who is getting fed up of the amount of hate around here over the last few days.

If i have to write one more post justifying why i am not a hater to a hater i am going to......

posted on Jan, 11 2015 @ 11:46 AM
link
Would you speak against the hatred that's perpetuated against other groups? Or just the one that's the flavor of the week?

Would you speak against the hatred that's perpetuated against other groups? Or just the one that's the flavor of the week?

I would hope so!

Good next time I see some 2 year old post a song like F#@* Your God I expect to see you defending said religion. Tired of people whining about "the hate" but forgetting the hatred towards other groups.

posted on Jan, 11 2015 @ 11:51 AM
link
The same people you see protesting in the most detestable ways have found their way onto ATS. We cover a lot of controversial topics and when they search Google, they just HAVE to sign up and mouth off because they were offended by the snippet provided before they clicked. At least it's a good exercise in how to fortify one's own mind.

Give an idiot a microphone and they're bound to say something stupid. I dragged Obama into this because I know how much you hate it, lol. 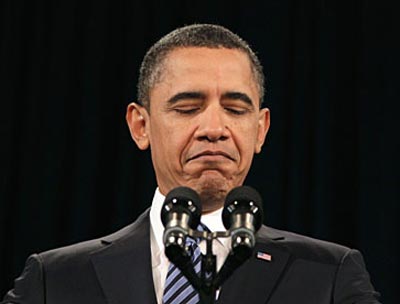 
It's become common on ATS to have to constantly repeat ourselves to seemingly the same people we spoke to the day before...

The biggest change to ATS besides the overhaul of the design, is this commonality.


That, and having to read people's backward notion of turning things into glass, but that has died down slightly.

I've seen OtherSideOfTheCoin stand up for all sorts of Faiths & Ethnicities that it's favourable to lambaste.


"I am prepared to testify to this fact in front of congress."

Thanks for the support buddy!

posted on Jan, 11 2015 @ 12:02 PM
link
I just watch this video when this sort of stuff happens. It makes me spiritually stronger and see people as fellow humans.

People need to understand that we( humans) share this planet and nobody has the right kill or abuse another fellow human for any reason whatsoever.

So because we are human beings and only because we were born a human being, is the reason why the overwhelming amount of obnoxious egotistical stubborn brats in the new age hate us. The world has been drained of all real love and filled with so many obnoxious egotistical stubborn brats in the new age (because the parental figures of the new world taught them that they do not deserve the TRUTH) that it makes more sense now to be like a monk in a cave.
edit on 2Sun, 11 Jan 2015 14:46:39 -0600America/Chicago15America/ChicagoSun, 11 Jan 2015 14:46:39 -0600 by greyer because: (no reason given)

I'm with you one this one. When I get to the 'ranting' stage of hate towards others, that's a sign I need to dial things back and look inside. Hate, for whatever reason, only begets more hate.

I struggle mightily with this one - I see so many, so much in the world that I find horrific - yet, in my heart, in my guts, I know that it won't get better until I can see those with compassion and good will.

Honestly - I think that's the whole reason for being. The entire reason for life - to face each moment, each event from an open and non prejudicial place that allows for positive action and healing for everybody.

I can't do that, it's an ideal I strive for - but it does give me purpose. And I get a lot of practise.

To quote the Hitchikers guide to the galaxy "42".

The late great Douglas Adams highlighted the absurdity that is the human experience and how silly we can be. Some can sum up their existence in numbers, others will do so in feelings, but at the end of the day the answer to the life, the universe and everything could boil down to one question: "did you enjoy the ride?"

posted on Jan, 11 2015 @ 01:29 PM
link
Shows how well the propaganda and brainwashing by both western governments and the religious looneytoons is working .. everyones been played and too blinded by the bull# and hate to see that theyve all been played for fools acting exactly as those who orchestrate it all planned ..

We need to face this Other. Preaching to the choir and the choir members talking to each other seems to be a common trend here (as well as elsewhere). This side with "this side" and that side with "that side", never the twain shall meeting and both sides getting up each others dander.

I think this has to do not so much with the people involved but rather with the polarized manner in which we take "truth" to exist. This either/or paradigm, this right/or wrong approach, this good/or evil sense of things. This way of going about life has been around for too long.

This is the first time I've posted on this site in over six months. One lurks, as you do... but things were kinda sour even back then, and it's only gotten worse.

Maybe I'm imagining things, but there used to be the air of an unwritten code of conduct in these parts. Debates got heated, that's only natural, but there was a level of respect for everyone involved, and no one really had to apologise for being part of one group or another, whether their membership of that group was gained through choice or otherwise.

But the landscape and population of ATS seems to have changed so much, recently. Maybe the only thing that can be done is to demand that level of decorum and sophistication once more.

Or, as totalitarian as it sounds, zero-tolerance bans as a last resort. Some of the posts here recently have made me almost physically sick. Not even exaggerating one bit.

Thanks for that dude

posted on Jan, 11 2015 @ 04:53 PM
link
What is right always overcomes what is wrong. Love always conquers hate. It just takes time. Sadly the more you try to explain to people where their faults might be, the more they cling to them and the more their thinking becomes entrenched.

Epiphany comes to many of us in it's own due time. At least the lucky ones. The unlucky fester in their ignorance and hatred until it's too late.