The satirical magazine Charlie Hebdo made fun of his faith and religion and this man died defending their right to do so.

Many of us have quoted that famous quote, but this man, a hero in my book lived it.

I won't let hate take over me and I will not label all Muslims as crazy extremist because every religion has it's fair share of extremists. I personally know Christians and not all of them hear god speaking to them and telling them to drown their kids, and I personally know Muslims and not all of them are radicals trying to wage Jihad against infidels.

posted on Jan, 8 2015 @ 09:03 PM
link
And? The point of Je Suis Charlie is to defend Western Values. This cop was living Western Values whatever his religion. He as akin to the Christian cop who might die defending a virulent atheist who hates his kind and ridicules them from, well, anything. It is a part of Western culture that people are allowed to speak their opinions in ways that we might find personally offensive. This cop understood that and also understood his role that day which is to protect and serve, no matter what.

Did he agree with Charlie Hebdo? In all likelihood he did not, but that doesn't change the face that he knew they were allowed their freedom to express their opinions.

Really, if a bunch of Christians came in a shot up the place murdering people, would you go out of your way to find a Christian they murdered to highlight to drum up sympathy for Christians? I don't think so. So, why do you feel the need to make apologies for Muslims?

I am very sorry this cop died. I am very sorry all of the people inside the magazine offices died. I am sorry the female cop at the gas station died. None of them should have died. They died because some people could not abide having their religion insulted and there is a movement worldwide to use deadly violence to control matters when it comes to this.

The point being Ahmed was a Muslim who died defending western values.

Yes, I know. And I'm sad, but he's not anymore special than any of the other people who died because of Western Values.

Why bring it up? The only reason you would is because of his religion. But we all know that not all muslims are bad.

But again I ask - Would this be done if the religion involved were different? Would you feel such a need to stress that not all ? are bad? I think not. I get tired of people always feeling the need to apologize for Muslims as if the rest of the world are too stupid to figure out that not all Muslims are bad.

We haven't started putting them into camps yet, and I haven't seen anyone even seriously suggest it.

Hefficide
+1 more
posted on Jan, 8 2015 @ 09:19 PM
link
A Muslim who died trying to defend the lives of others, which follows the real teachings of the Quran, from a group of zealots who have perverted the message of their own faith.

He is a true martyr and proof to western eyes that Muslims are not all taught to kill and hate us. He gave his life to drive that point home.

Did he or was he just there?

He was doing his job not making himself a martyr to prove that not all Muslims are bad. That I think carries this way overboard.

Even if he was just there he knew what was happening and could have done what many cops do, the world over, backed away and pretended to care without putting his life on the line.

He knew what he was doing and died doing it. There is no way to detract from that.

... By the way, it is not that in every Western state, ridiculing religious idols is looked positively upon. In Finland, ridiculing ANY god is a crime.

Anyways, as someone else in another thread said ( sorry can't remember who/which thread...all props to them) we don't condemn all Christians due to WBC, child molesting priests or abortion doctor killers but the West does tend to lament the "problem" with Islam after acts of terror like in Paris - but the problem is really radicalization.

This man was simply a Muslim, not radical, living his life - at least in part - with Western values. And there is deep irony to the circumstances of his death, as detailed in the tweet.

It's poignant, that is all. 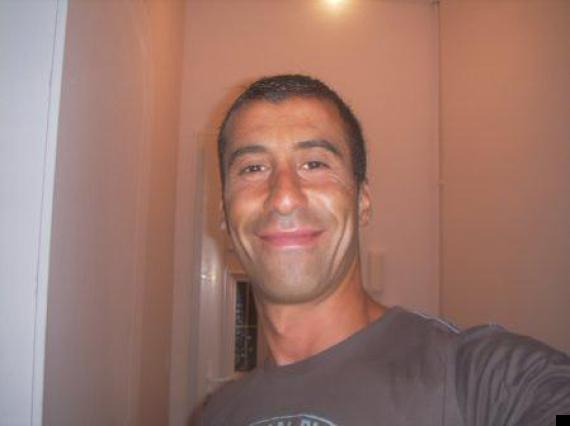 Well, the point of bringing it up is because, inevitably, people around here take two jerks with guns to be the premier spokespersons for 1.7 billion human beings whose only commonality is having one prophet more than most Christians. This is then translated into hate and fearmongering against those 1.7 billion people, and endless justification for crimes committed against them.

It's an attempt to counter the constant, rising tide of All Muslims Are bad!" on the basis of two or three murderers, by citing that one of the men they killed was himself a Muslim, trying to stop their rampage.

Have you met some of the Finnish Gods I wonder? If they are anything like the Icelanders ideas I suspect they might just have their reasons

I am with you on this as a policeman doing his job in a secular country means you defend the public against criminals - religion should not feature in police work whatsoever. If it does - then you are not a good cop.

Thanks for posting this. It's important to remember this during all the discussions. I hope this fella doesn't get forgotten in all the news reporting and news alerts. He should be remembered as a hero.

It doesn't matter to them unless you are one yourself.

Get your facts right, you sad excuse for a human being.

This man was killed trying to stop the jihadists, severals blocks away from the initial shootout, and had nothing to do with the police protection of Charlie. He was just a copper doing his rounds.

You reek of fundamentalism and islamophobia.
Charlie, which you obviously know NOTHING about, would be ashamed. You dirty their name and eveything they stood for by writing such disgusting garbage under that avatar.

You are NOT Charlie.

I meant the guy who worked in the office!! I posted on the wrong thread!

originally posted by: deckdel
... By the way, it is not that in every Western state, ridiculing religious idols is looked positively upon. In Finland, ridiculing ANY god is a crime.