posted on Jan, 7 2015 @ 07:33 PM
link
I'm not a regular poster in the religions forum but this interesting item showed up on my feed a few minutes ago and like a lot of random strangeness that I come across, it doesn't quite fit anywhere among the current forums.

At the beginning of the 19th century, a cult called The House of David was founded as part of the "Visitation movement" and within a few years had established a thousand acre commune in Michigan. While communes are something one might normally expect from a cult, this particular group also participated, for a number of decades, in activities one wouldn't typically associate with cults. 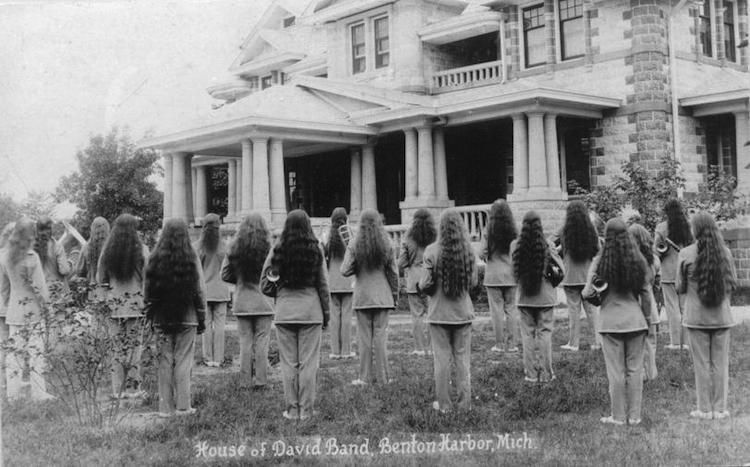 As far as cults go, they were pretty successful. In addition to giving women the right to vote and hold office, they had orchards and fields, a cannery, a carpentry shop, a tailor and a laundry, and a power plant. They were basically as self-sufficient as you can get, providing everything they could themselves and earning money to pay for what they couldn't. They even ran a popular zoo/amusement park and several bands and orchestras which did the vaudeville circuit to some success.

But, their most interesting moneymaking and recruiting scheme was their barnstorming baseball team. Benjamin Purnell loved sports, especially baseball, and reportedly encouraged House of David members to play to build physical and spiritual discipline. In 1913, the House of David went pro. Well, kind of. They started having barnstorm teams travel the country, playing amateur and semi-pro teams in exhibition games, earning some money and spreading their beliefs across the countryside. 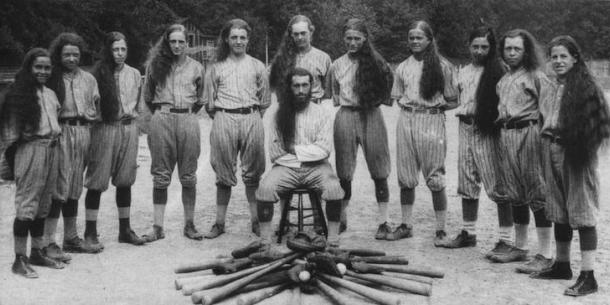 The team was apparently known for it's entertaining antics (the article likens them to the Harlem Globetrotters in this regard) and in later years filled out their roster with several paid players — some of them future hall of famers, including Grover Cleveland Alexander, Mordecai Brown and Satchel Paige! By that point, membership in the House of David obviously wasn't a requirement for being a member of the team and the paid players would often don fake beards.

The House of David eventually split up into two factions after decades of being embroiled in a sex scandal but as of 2010 at least, one of the sects still had a reported membership of three. The group's amusement park, Eden Springs Park at House of David, was successfully reopened in 2011 and as of 2014 was under new management. There's no indication from the Facebook page about whether the park is operated by remnants of the House of David or not but the retention of the (full) name leads me to think it might.
edit on 2015-1-7 by theantediluvian because: (no reason given)

From the Wikipedia entry:

In 1888 the Purnells discovered a group of preachers extolling a man named James Jershom Jezreel as the Sixth Messenger. Jezreel had published three books known as "Extracts From The Flying Roll". While the preachers were in Richmond, Benjamin and Mary joined their group, known as "the Visitation Movement", which was started by a woman named Joanna Southcott, the First Messenger (Angel), in 1792. While studying the writings of Jezreel they noticed that the Seventh and last Messenger was soon to be on the scene, which is mentioned in Revelation 10:7. On March 12, 1895, the Purnells announced that the spirit of Shiloh had bonded with them to become the seventh and last messenger.

It also seems that their full name was The Israelite House of David and they were ultimately offshoots of a movement originating with a former soldier turned self-proclaimed prophet who assumed the name James Jershom Jezreel. Jezreel was alleged to be an alcoholic and died at the age of 45 and was buried in an unmarked grave by his followers in 1885. Following his death, his wife and followers began construction of a tower, Jezreel's Tower, that was never finished and ultimately repossessed by creditors and eventually demolished in 1961. 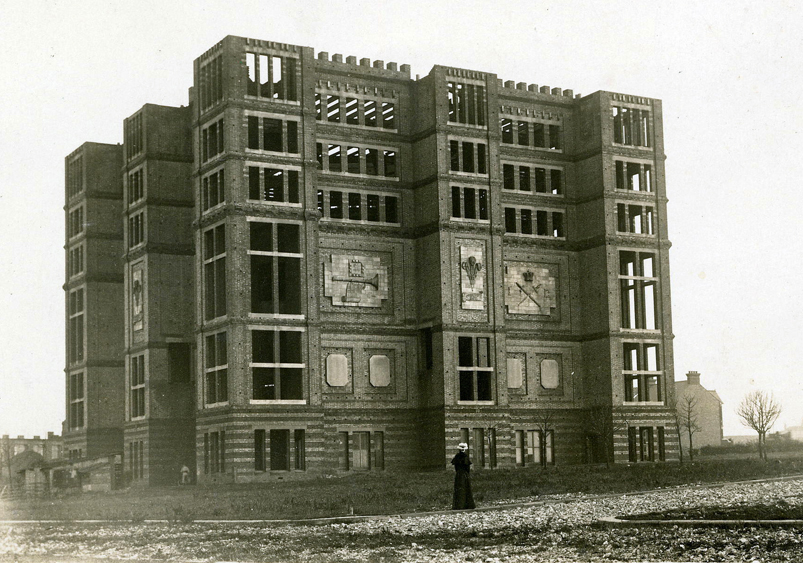 (it's even got a creepy lady in black out front)

thanks so much for this (: I appreciate you going the extra mile for me!

No problem, I do it for the love of sharing strange and fascinating things.

Here are another few fun facts:

The House Of David Band (HODB) were the first groups of many to wear polyester on stage (see above photo) Exactly 40 years before ThePartridgeFamily...

Mort Schwartz was a left-handed 2nd baseman that swung the bat like a rusty gate. He hit .219 that year and only played because Levi Epstein broke His ankle in the Spring vs. the Pittsburgh Greys. Due to Mort's flowing locks and bad arm He was known to "throw like a girl"..