posted on Jan, 6 2015 @ 07:49 PM
link
Heres a concept design I did for creating Artificial conscious. If we assume that one day it will be possible to bestow Artificial consciousness into an Android brain, should the creation be copyrightable/ patentable. Is it acceptable for a recognised legal entity such as a person or a company to be allowed to hold the rights to design creation? 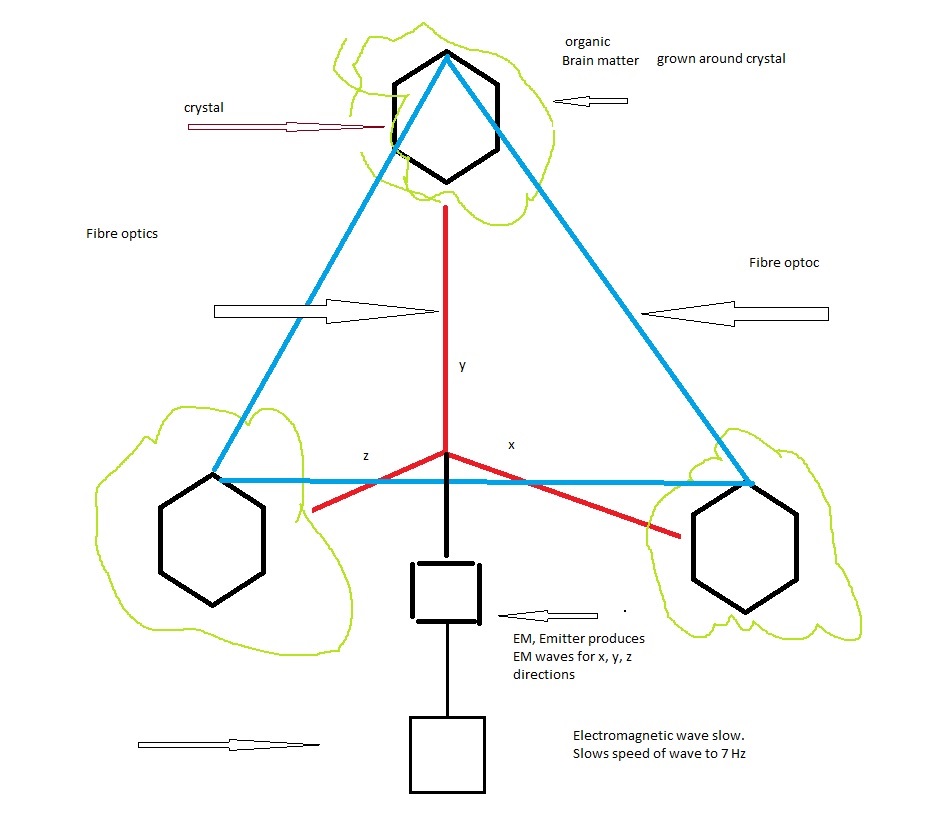 That is a very interesting question. One that's never occurred to me before.

On face value I say no, if it is a conscious entity it should not be copyrightable. But realistically I'm sure they will be. At first anyway.

And that may be what turns our creations against us.
I'll be interested to see how it plays out.

Now that's an interesting question! All intellectual property is subject to patent and copyright standards.

I feel the question is....can a sentient entity be owned once it has been created. Free will and all that jazz.

I would say that the moment that a machine can show itself to be conscious beyond a reasonable doubt, that it owns itself, and should not be any more beholden to another person, than you or I are. As for the rights to design more of that machine, surely each of us owns his or her genetic imprint, and should be the ones to control whether or not we create more like us?

I think getting into the idea of all consciousness being equal from the get go, would be wise. If we are to create beings of metal and silicon, learning machines with the capacity to develop their own consciousness and conscience, then we must treat them as conscious beings, and no conscious being should find itself owned by another.

I imagine AI will scare the bejeezies out of most. The developers will clamor for free will, but the $ will enslave and exploit. AI might turn and hold some humans hostage, especially by cloning everything and claiming rights of their own. Also, humans may befall to AI versions of nature preserves and zoos. Preserving humanity and destroying their oppressors. Either way, rules, programming, laws, et cetera will not bind AI, just as they have not bound humans from breaking them, according to a multitude of justifications. If we make AI free, at least our benevolence may be observed, and returned in kind. Fingers crossed.

posted on Jan, 6 2015 @ 08:58 PM
link
I didn't know that scientist have even defined consciousness ,let alone how it works . a reply to: AthlonSavage

First let me say I' am very wary of this technology and where it can go. Now back with the Op, in the case of "Artificial Consciousness" and should it be copyright-able and patent-able I would think it should be as if it's not then that could get dangerous quick and also don't worry about the mom and pops out there in the sector as it's as simple as at laymen terms adding or taking some 000's or 111's from the coding or changing one small part in the algorithm to the point the user or being/machine can't tell anyways.

The consciousness itself, no
You can't patent a person.

"You can't patent a person."

Corporations are legally people are they not?

What happens when certain types of artificial intelligences embody their corporations in their own right?

Yes I would. I'm saved by Jesus and God owns me through and through. And I have no problem with that, he's our creator/father.


Yes I would. I'm saved by Jesus and God owns me through and through. And I have no problem with that, he's our creator/father.

The pattern of economic control on this planet will not rest until EVERYTHING is own-able. Patented, copy-writ sold and purchased.

I can only imagine should artificial intelligence (consciousness) come about that the line should be drawn at the createes ability to demonstrate free will.

Corporations are legally people are they not?

What happens when certain types of artificial intelligences embody their corporations in their own right?

Now THAT, is what I call, a monster question. Man, you just messed up my head. Corporations taken over by artificial intelligence's. As if self-centered,psychopathic criminal CEOs are not already artificial enough.

posted on Jan, 7 2015 @ 12:50 AM
link
a reply to: AthlonSavage
What happens if you inject the idea of God in Artificial created conscious android, couldn't that have dangerous repercussions. What happens if the AI see humans as a created machine just like themselves, couldn't that lead to them adopting the idea of obsolescence where they see it as their duty to replace the old out dated model human race.

Yes this would have ever reaching repercussions, this is why I agree with Elon Musk and his recent statements regarding AI. But at a level of control and I hate to admit this but it's true. DARPA has a good example of how to deal with out of control bio-organisms for example. The project is called Bio Design, at 2012 it was already 95% mission go. One of the small keys of most importance of the project was hidden among all the other advancements. This was they had actually successfully genetically imprinted a bio/program among the nervous synapses so to ensure instant death in the event any genetically and or bio/machine hybrids if they ever lost control of an organism or said organism when sentient. The signal is sent in measure of RF like the same for RFID badges, cellphones,google glasses etc. This way back wards integration is done by private sector and not government as with future funding already spent and not the government's lol. So what I'm saying is they got a kill switch now and a grid now globally should they ever need to. Point is they could mandate kill-switches mandatory law on on AI property/s when that time comes. With that said it still doesn't sit right. Even with their best plans, I still see this turning bad either way. I don't think this should be played with, but don't worry the the world will end before all humanity is killed by AI if it happens/could, etc.. Just be happy Netflix doesn't have AI.....yet.....

posted on Jan, 7 2015 @ 12:59 AM
link
Found an old article on Bio Design just in case you were curious this two quotes from the article

"The Pentagon’s mad science arm may have come up with its most radical project yet. Darpa is looking to re-write the laws of evolution to the military’s advantage, creating “synthetic organisms” that can live forever — or can be killed with the flick of a molecular switch."

"Of course, Darpa’s got to prevent the super-species from being swayed to do enemy work — so they’ll encode loyalty right into DNA, by developing genetically programmed locks to create “tamper proof” cells. Plus, the synthetic organism will be traceable, using some kind of DNA manipulation, “similar to a serial number on a handgun.” And if that doesn’t work, don’t worry. In case Darpa’s plan somehow goes horribly awry, they’re also tossing in a last-resort, genetically-coded kill switch:"

I was actually looking for Darpa's 2012 budget that has it all laid out, if I can find it I'll link it.

If God was interested in making money from the creation of the human race, but then some other deity came along and made its own humans (copies of God's humans) that reduced God's ability to make a profit from "his" original creation...