In Austen Heinz’s vision of the future, customers tinker with the genetic codes of plants and animals and even design new creatures on a computer. Then his startup, Cambrian Genomics, prints that DNA quickly, accurately and cheaply.

“Anyone in the world that has a few dollars can make a creature, and that changes the game,” Heinz said. “And that creates a whole new world.”


Its mission, to “democratize creation” with minimal to no regulation, frightens bioethicists as deeply as it thrills Silicon Valley venture capitalists.


But few founders are pushing the technical and ethical boundaries of science as far as Heinz, who told the Wall Street Journal, “I can’t believe that after 10 or 20 years people will not design their children digitally.” At a recent conference in Vienna, he said, “We want to make totally new organisms that have never existed.”

Okay, I haven't seen this apocalyptic mess posted on ATS yet, so apologies if I missed it. So yeah, I couldn't believe this wasn't an Onion article...I know people will do anything for a dollar, but I thought even that belief holds limitations-- this DEFINITELY crosses the line! Also, what the hell does "democratize creation" even mean??

Apparently it's totally safe though you guys, cause y'know, they'll be sure to screen every submission in case they are asking to create Ebola and what not. So what could possibly go wrong, am I right??

Wish I could add a more comprehensive thought, but I'm utterly speechless. What says ye, ATS?

posted on Jan, 6 2015 @ 03:52 AM
link
wow if this is true it needs to be shut down ASAP. this is exactly why genetics needs to be tightly controlled. seriously i think this guy needs a long vacation in a mental institution. just look at this quote.

Then there is the potential matter of creating living things that are now the stuff of science fiction. “If you could take a chicken and make it the size of my building,” Heinz mused, “you would probably learn a lot about genetics, which could be useful for human applications.”
Wouldn’t that be dangerous? “If the chicken’s carnivorous, then yeah.”

it just shows how far off his mental rocker he is. a chicken the size of a building only being dangerous if it is carnivorous? especially since chickens ARE omnivores which means they DO eat meat. yup nothing at all could go wrong at all because they will "screen" every submission with such a lack of foresight and knowledge into possible issues. in reality this is just a whole lot of disasters waiting to happen.
edit on 6-1-2015 by generik because: (no reason given)

In one way it could be a good thing... I could see cures for certain diseases being developed and open-sourced. They will then probably get shut down by the FDA. Big-pharma cannot afford to lose billions of dollars every year on "manageable" diseases.

originally posted by: Charizard
Boo, you guys are no fun. Bring on the chimeras!


This is an understatement, the world is full of unadventurous cry babies. Id rather society get overrun with 3 story chickens than wake up & go to work anyday.

So you people seriously look forward to your normal every day lives that much?

originally posted by: skunkape23
If I could grow a patch of melons spliced with Marilyn Monroe's DNA I could die a happy hermit.

You better hope the guy doing the splicing understands english fully .. he might mix the watermelon with marilyn manson by mistake ..


originally posted by: skunkape23
If I could grow a patch of melons spliced with Marilyn Monroe's DNA I could die a happy hermit.

You better hope the guy doing the splicing understands english fully .. he might mix the watermelon with marilyn manson by mistake ..


Thanks for the nightmares.

Uh yeah, it's so scary because it's not like we haven't done that with plants, putting a bacteria gene producing a poison into cells then eating said plant.

"A few dollars". Right, and when space vehicles get masses produced in 5 years they'll be cheaper than cars.

"Yes, hello! Is this the office of that barmy geneticist/evil scientist/Apollyon? I will take a seven foot tall vegetarian spider capable of carrying me on its back in a specially adapted saddle, an implantable virus which makes me immune to all known diseases, including cancer and heart disease, as well as preventing other viruses from occupying my body... Oh, and could you work out a retroactive genetic solution to a problem I have been having? No matter how hard I try, I cannot shoot bolts of lightning from the palms of my hands! I want to... So badly...thanks, the cheque is in the mail!"

Are you KIDDING ME?

I am all for advancement in science, but some of the things I have seen suggested by those who favour de-regulated research into the area of genetics are frankly appalling and deeply disturbing in their aspect. There might be some good science to come out of this, and there may even be some absolutely marvellous discoveries made in terms of treatments for things using programmed viruses, but the risks are MASSIVE!

posted on Jan, 6 2015 @ 05:55 AM
link
I do appreciate the humor in this thread. Glad I finished my coffee first. My wife always tells me I have a demented sense of humor anyway. The Manson Mellon!!?? I ordered the MONROE!!!

On a serious note, what could possibly go wrong??

Days of Noah comes to mind.

posted on Jan, 6 2015 @ 06:35 AM
link
I rarely post but I must say I am intrigued by this. If I had the funds I would invest in this, as it is bound to happen at some point in our future. Glad it may be in my lifetime.

posted on Jan, 6 2015 @ 06:37 AM
link
I said this way back in a couple of posts, that genetic tech will become the toy of rich kids one day. Parents will be able to purchase a genetic engineering lab for a birthday or Christmas gift like they used to with chemistry sets for kids.

"Johny Genetics" home genetics lab or "Build a Pet" lab, or something along that line.

It is time to leave the planet and take our chances in outer space.

posted on Jan, 6 2015 @ 06:42 AM
link
As disturbing as this idea is, what's even more disturbing to me is that people are actually investing in this.

What kind of person would look at this and think, " Boy, there is a really good idea"? And he thinks that something like this would not be regulated? After all the outrage over Monsanto genetically modifying plants, there is no way in hell people will stand by and let him dabble with chickens and whatnot.

The government did step in, though, and make it illegal to criticize Monsanto. If Monsanto would decide to back this guys company, he might get by with it.

posted on Jan, 6 2015 @ 06:58 AM
link
a reply to: solarjetman
The potential for good should not be overlooked just because it scares people. 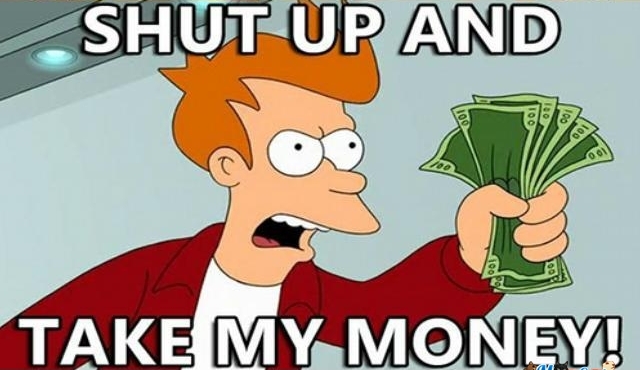 In all seriousness, i have a REALLY bad feeling about this...

It is man's inherent nature to ask the question:
"Can it be used as a weapon?"

posted on Jan, 6 2015 @ 07:43 AM
link
To all the ney sayers in this thread, I have one thing to say. The one thing that all the winners in the history of the world have in common, is that they weren't afraid to try.

I personally think this is awesome, and I'm excited to get a jellyfish-squirrel.

posted on Jan, 6 2015 @ 07:45 AM
link
Oh come on spoiled sports, we've been doing this for years. How many different types of dogs are there in the world? How many were there before man? Same with thousands of different plants and animals we changed to fit our desires. Instead of waiting for many generations for our creations to breed over and over again, he's trying to do it quicker and in one generation.

He'll eat three peanuts a day
edit on 1/6/2015 by PsychoEmperor because: (no reason given)

You cannot create a creature unless you can create your own matter. If you have to borrow material belonging to the real creator you're cheating!