Archaeologists make stunning find: Could this be the site of Jesus’s trial?

Archaeologists make stunning find: Could this be the site of Jesus’s trial?

Fascinating stuff here for those that look for accuracy in such things..

JERUSALEM — It started 15 years ago with plans to expand the Tower of David Museum. But the story took a strange turn when archaeologists started peeling away layers under the floor in an old abandoned building adjacent to the museum in Jerusalem’s Old City.


They knew it had been used as a prison when the Ottoman Turks and then the British ruled these parts. But, as they carefully dug down, they eventually uncovered something extraordinary: the suspected remains of the palace where one of the more famous scenes of the New Testament may have taken place — the trial of Jesus.

Now, after years of excavation and a further delay caused by wars and a lack of funds, the archaeologists’ precious find is being shown to the public through tours organized by the museum.

The prison “is a great part of the ancient puzzle of Jerusalem and shows the history of this city in a very unique and clear way,” said Amit Re’em, the Jerusalem district archaeologist, who headed the excavation team more than a decade ago.

My dream is to one day go there and walk the "Via Dolorosa" or "Stations of the Cross", now I would want to visit this location as well... 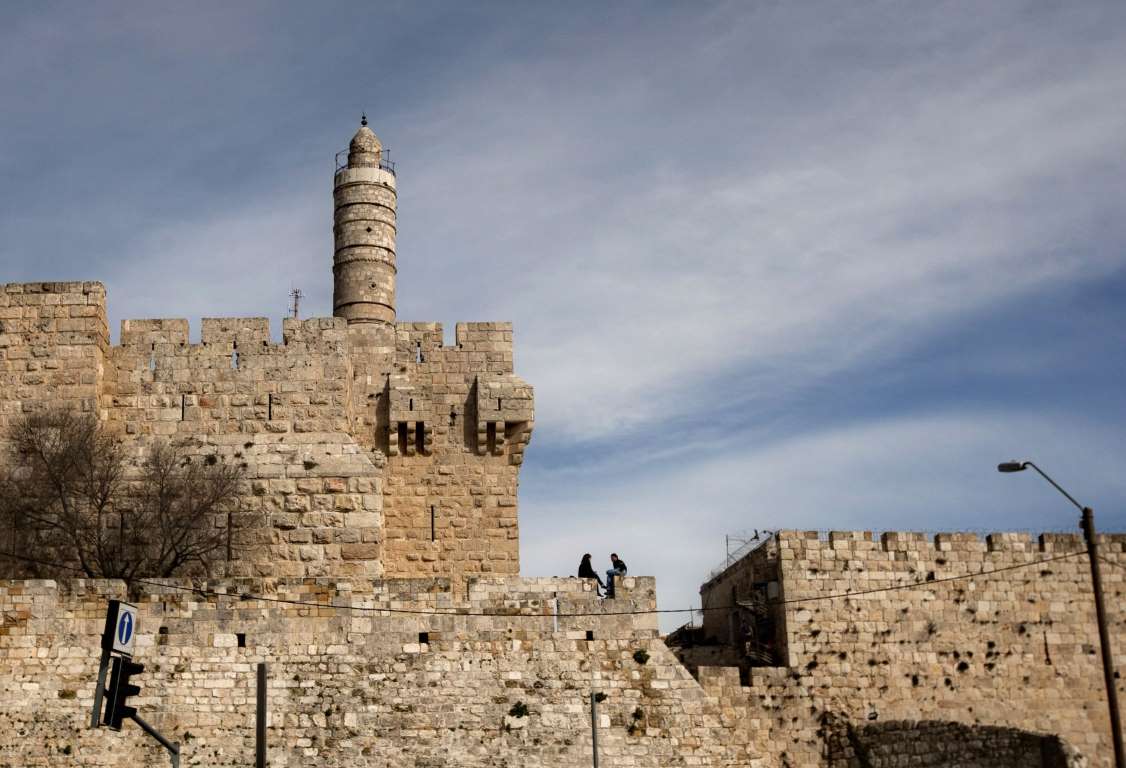 posted on Jan, 5 2015 @ 06:06 AM
link
Thanks for sharing this. Being one of faith myself, I have always wanted to walk The Stations Of The Cross as well. This is indeed intriguing. In the end I suppose this will always be something the believers want to believe and the naysayers will keep throwing away. Nobody knows and I'm not sure there could ever be 100% proof or agreement on a find such as this.

Any kind of archaeological find regarding Jesus would certainly lend credence to tales of our Bible(new testament) and his actual existence as a person rather than a collection of constructs.
edit on 5-1-2015 by andy06shake because: (no reason given)

Historically this is of course interesting however lets consider this: “There is, of course, no inscription stating it happened here, but everything — archaeological, historical and gospel accounts — all falls into place and makes sense,” Gibson said.

"Making sense" yes, well that is exactly how many speculative attempts at finding answers based on individually derived contextual perspective occur.

It would be better if the statement was closer to: "based on data we have collected...we theorize that..."

My dream is to one day go there and walk the "Via Dolorosa"...

Somehow, millions already walk that way everyday. Find them and help them because Jesus is with them,

posted on Jan, 5 2015 @ 08:20 AM
link
Speaking of relics from Jesus trial -
The steps Jesus used to go to Pilates mansion for trial are in Rome.
There are four bloodstains on them that have been enclosed with glass. 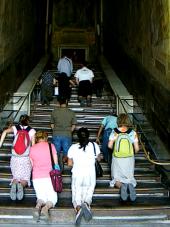 The tradition is to go up the steps on your knees and many people kiss the glass that Jesus blood is said to be under. A friend of mine did this while there. She said it was a very moving experience. Deeply meditative and she was in tears thinking about Christ while she did this.

posted on Jan, 5 2015 @ 10:00 AM
link
Gee I hope they find some unicorn poo over there next......this is all highly speculative and it reminds me of other con jobs like the Piltdown man and many other archaeological scams.....money money money....agenda....
edit on 5-1-2015 by stirling because: (no reason given)

posted on Jan, 5 2015 @ 05:39 PM
link
Interesting. I'm far from believing anything the Bible says, but this is the direction that needs to be taken. Any evidence lending credence or improvement of its texts is a nice to see. However there is a very long way to go until the Bible in my mind is close to "accurate".

posted on Jan, 5 2015 @ 07:26 PM
link
Exciting news. The prison may have secrets to reveal. Israel is nothing but a archaeologists Candy Store. Walking through jeruselam and being in spots that appear in the bible is a rush, whether you a christian or not! The history is amazing.

I walked the stations of the cross, and between being yelled at to buy things, or being bussled and bashed about by gaggles of Philippino nuns the whole experience is harrowing.

A quiet moment in the "garden of Gethsemene" where Olives trees are old and gnarled and trick you into thinking you heard them bark at you like a cranky old man to leave them alone, is actually awesome.
But the best best bets part of Israel Gman is Galilee. WOW. In my top 10 travel spots. I have pics in facebook go have a look or I can post here .

They would have to find graffiti saying 'Jesus was here 30AD' to make it a Jesus connected find. It is a gem of a find as is though.

I would love for you to post some here but I can go look on FB as well..

yeah I just looked on FBook to I think i have only 4 israel pic there, but Galilee and Gethsemene are in it. I'll scrounge around for my USB of Israel pics there are heaps.

I have a pic of me and my friend walking on water on the sea of galilee...lol.
Yeah i was kinda sad to have debunked that, you can go out really really far on the lake and it actually looks like you are walking on water

Buddy i would be wanting Polaroid pictures of the dude performing miracles at the very least. After all his dad is God, omnipotence is his thing, so its hardly beyond his capability's!

originally posted by: stirling
Gee I hope they find some unicorn poo over there next......this is all highly speculative and it reminds me of other con jobs like the Piltdown man and many other archaeological scams.....money money money....agenda....

Remind us again, who was it that hoaxed Piltdown? Oh yes, an atheist scientist wanting to prove evolution. Really bad comparison for this article.

Everything is highly speculative, when it isn't accepted. I saw a documentary of a BBC show called Time Team, this group of archeologists were excavating Dorchester Street in London to find evidence of the Blitz, and what is funny is that they were interviewing people who lived there at the time and showing their stories, but then they said "We need to find proof". Proof of the bombing?

See, that's the attitude spoon fed people like you, the witnesses eyewitness accounts weren't good enough, it took a "real scientist" to prove it. See the problem?

Perhaps I missed it in the article, but Jesus' trial would have been in the Sanhedrin. Is that what they said they have found?

I would love for you to post some here but I can go look on FB as well..