The zombies are coming on Mars?

I can confirm that it is indeed a photo.

I see a martian landscape and no zombies.
Very disappointed.
Maybe expand on your op.

Whatever you are smoking... I want some too

It could have been an "N" if the rover had approached from a different angle... 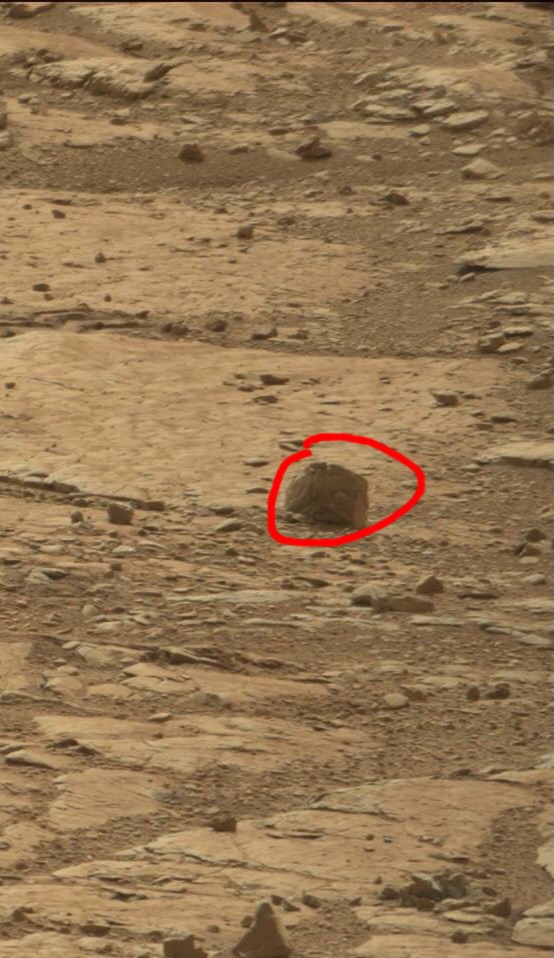 I don't see anything other than that though....

Zombies are doing what on Mars ? ....Ewwww

originally posted by: joshint
I know it's a rock! lel

If you are trying to troll, maybe you should try harder. Pretty sure no one is butthurt...

Maybe, just maybe, it isn't as obvious to us as it is to you. Would you mind pointing it out, or giving more information?

Calling us names because you left a three line OP with no info is kinda childish.

Thanks for wasting my time. Seriously, if you can't compile your thoughts accurately enough to put together a relatively cogent OP, just stay in bed. Or put it in the jokes forum.

I saw that too... Looks like a Sleestack... Not undead, but still slow... I hope the Invaders are slow.

As far as the image, there does seem to be a lot of stone that looks like it might have been sculpted on at some point. But, the whole area has some cool geology going on, some places look like there was water there, or fast drying lava, and those smooth, flowing, defined lines left behind can look like they had help, but are totally natural... Mars puzzles me at times, I don't know what to think about that place.

I also (in the bottom left) see a rock that the sides look dug out, it even appears to have the dirt piled up around the edge, that I can't figure out a natural force that could do that. I don't see Rover tracks near it, but that doesn't mean the rover didn't do it.

Thanks for to pic OP, next time it would be cool if you could explain what you are trying to get us to see.. We don't even like simple 1 line posts in reply to a thread.
edit on 26-12-2014 by wastedown because: grammy

originally posted by: CharlieSpeirs
This is the worst thread in the history of ATS.

I have seen worse.
But this is probably in the bottom ten.

posted on Dec, 26 2014 @ 11:27 AM
link
Cool find. Obviously not a zombies head. Looking at that landscape, I give props to the rover builders. Tough terrain.

Having first joined in 2011 & going back over old threads since that time I've yet to see one.


If you have any links I'd appreciate a good laugh