Sony hack actually a ruse to push through internet legislation?

posted on Dec, 22 2014 @ 12:58 AM
link
I was just reading about Obama's strong condemnation of Sony cancelling The Interview and started to think about the recent news that Sony was contacted again and instructed not to release the film at all and remove all trailers etc etc.

I've considered that perhaps Sony actually concocted this whole hack thing themselves actually in order to make an insurance claim because the final screenings of the film were total crap and they thought it was going to be a total flop.

While considering that I also remembered that Sony has been one of the biggest forces in pushing draconian methods to curb online Piracy. In fact they themselves probably had a a major hand in the recent takedown of thePirateBay which conveniently happened just after the Sony hack.

Did the Sony hackers leak Sony movies to PirateBay?

Along with both of those possibilities, Sony has long been the most vocal supporter within the MPAA for actual legislation on Cybersecurity:

Sony has lobbied for cybersecurity since 2011

I find it a bit strange how such a strong proponent of cybersecurity had such weak security of their own, and it's just a bit convenient that this whole fiasco will likely end up with Sony getting exactly the legislation passed that they wanted, plus even more. There's the possibility that it will take care of what could have been a box-office flop for them too, ultimately costing them little to no money while killing 3 birds with one stone.

With all the connections Sony has in Washington, hell maybe CISPA and the end of Net Neutrality are linked to this too...

I don't know about that but there is definitely something suspicious about how "the US" publicly accuse N. Korea and even Russia. It's like they are going around looking for a conflict.

posted on Dec, 22 2014 @ 02:40 AM
link
If people think North Korea hacked Sony. I have a bridge to know where to sell them. It was an inside job by Sony. It will help push "cyber security" legislation to destroy more of our privacy online.

You hit the nail on the head.

The whole NK scapegoat is beyond laughable. However I suppose what is truly funny is how well it has worked!

To me it is very clear this is simply the latest card thrown out of TPTB's deck of propaganda.

It has the perks of distracting from that spending bill/protests against police brutality.

All the while scaring people more about those 9/11 style attacks, honestly when they made that threat I began laughing. Anything to bring peoples mind back to that traumatic day. 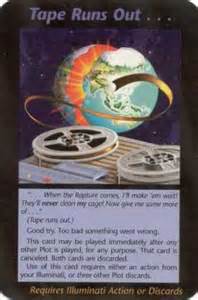 I am gonna go look in the script for that quote on the card.
edit on 22-12-2014 by Thorneblood because: (no reason given)

I think Sony simply found a way to turn a loser of a movie into a huge win/win for themselves, the MPAA and Washington.

I bet SOPA will be trotted back out any moment now to ride on the backs of this crisis, and Sony will become the Hero of Hollywood...

LOL it all makes sense now.

EDIT: I did some more searching and Oh look, CISPA is back on the table as a result of the Sony hack! Now called CISA, and even worse than CISPA was: Sony hack renews push for Zombie bill

Loser? Have you read the script? Its brilliant.

And oddly enough, Kim comes off as a bad ass

originally posted by: Thorneblood
a reply to: 8675309jenny

Loser? Have you read the script? Its brilliant.

And oddly enough, Kim comes off as a bad ass

I'm just going by the reports that the movie was probably going to flop anyway.

posted on Dec, 22 2014 @ 04:48 AM
link
They are just looking for an excuse to spy on us even more and if it's not terrorists its to protect children from perverts and in this respect our politicians can help ! Stop commiting sex acts on our children at drug induced parties so TPTB can get dirt on them before they are allowed to rise up the ranks.

This story smells like a fish. It doesn't make sense. That means we don't have all the information and/or true information.
Stay thirsty.

posted on Dec, 22 2014 @ 11:57 AM
link
I agree with you Jenny, this thing stinks like congress. It almost laughable over some half a$$ed holllywood garbage movie. Idiocracy in it's full glory.