I fully believe this was N.Korea.

It was a sloppy,lazy attack. It wasn't some computer genius that pulled this off, this was made possible because the fine folks at SONY (they make computers,right?) used the word "PASSWORD" as their password.

The N.Koreans got lucky, now they're strutting around all cocky, just waiting to throw out more demands. I'm with the OP on this one.

It was an American movie made by Sony.

He's OUR great leader according to some around here.

Better ask them quickly the numbers of true believers has fallen fast lately.

originally posted by: Tardacus
They must have some really good dirt on sony, the next demand will be for money.

At first I thought Sony were cowards....and they were basically cancelling the release of the movie because of the threats to blow up the theatres, or whatever acts of terrorism were threatened.

Now, I think that it ALL a cover up that Sony is feeding the public. I think the TRUTH is more likely that the hackers have some serious dirt on people high up in the business....and therefore they are being forced to do exactly what the hackers want.

lol its probably 2 teenagers in their basement totally loving this

originally posted by: AgentShillington
Sony hasn't put out a good movie in years.

This is the best advertising they could possibly buy.

Exactly! Which is the reason I'm NOT buying it.

originally posted by: damwel
Because like so many I am seeing are too stupid to realize that SONY is a Japanese company not an Ameican governmental body. Obama, as much as you would like to blame him, has no control over the actions of a Japanese company. Just another right wing fail.

a reply to: Hoosierdaddy71


11% of sony's employees are american.
Sony does commerce on American soil.
One of Obama's main duties as president is to protect American commerce from things just like what's happening now.
I don't blame obama for anything but his inactivity on the subject.
You lefties need to stop protecting your chosen one.

posted on Dec, 19 2014 @ 10:59 AM
link
So? Japanese Sony has the say about what is done with their property not Obama. How dare he owner of something have the say of what is done with their property if an American wants to see it. Who gives a damn about Obama, it isn't about his followers it's about rightwingnuts trying to politicize everything as an attack on the left. Most of the problems the U.S. has today are a direct result of Bush and Cheney and years of war at they started. Worried the economy is getting better? Don't worry we will elect some more republicans to undo the progressive trend.
a reply to: SLAYER69

Didn't say nor imply any of that.

posted on Dec, 19 2014 @ 11:04 AM
link
I can understand why Sony pulled the movie due to potential terrorist attacks and a lack of theatre demands...it would have been a huge PR crisis if anything happened had Sony went ahead. That said, in pulling the movie, Sony has welcomed this type of behaviour, while still taking massive PR blows in the process due to the hacks.

What they should have done is limit the terrorism threats by releasing the film online in direct-to-customer formats. It would have averted the terrorism and theatre problems while still allowing Sony to sell the product.

Hey, Obama said "you didn't build that". So yes, how dare the owners

The hacker message is effectively a victory lap, telling the studio, "Now we want you never let the movie released, distributed or leaked in any form of, for instance, DVD or piracy."

I still say it's a media false flag. When all the dust clears, Sony will be a hero for "finally standing up" to the terrorists, and everyone will run out shouting "America! RAH RAH RAH" while spending their money to download it online or go see it in "limited" screenings around the country.

The Movie WILL BE AIRED, that is a given. the question is when, and where and what spin it will have.

IF this story is true, Sony are idiots, I don't think sony are idiots, I think they are playing you all exactly how they planned. I'll leave you with this, If sony says anything close to "F YOU NK! We are going to show the movie!" how many of you will run out to see this movie where a month ago you could have cared less over some naive sense of patriotism?


I resemble that remark


Leaked footage from not to be released film... 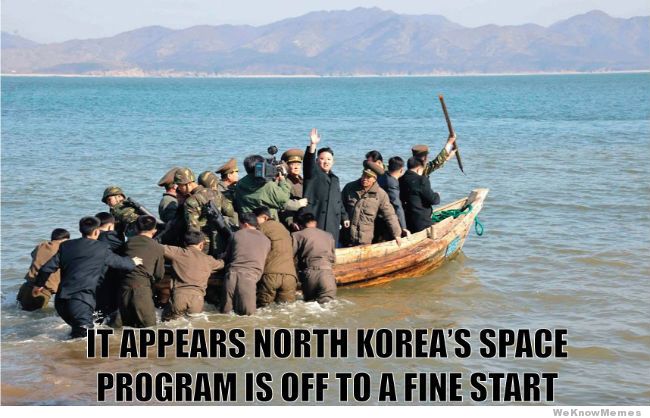 Whew, thought for a second there that was the invasion fleet heading to the California coast.

originally posted by: theantediluvian
This is what happens when you cave to the demands of extortionists. Inspired by their success, they will continue to make new threats and demands. Congratulations Sony, you've laid yourself over a barrel.

Agreed. Sony screwed themselves. They are weak and an embarrassment. After the hack, Sony should have distributed the movie free of charge AND made sure that it had copies dubbed in Korean dropped over N. Korea. (Yes ... I'm rather machiavellian.) If the hackers really do have private info, then capitulating to their demands won't un-ring that bell. It's already in their hands and it WILL come out. Sony might as well screw the hackers since they (sony) are screwed no matter what.


originally posted by: damwel
Because like so many I am seeing are too stupid to realize that SONY is a Japanese company not an Ameican governmental body. Obama, as much as you would like to blame him, has no control over the actions of a Japanese company. Just another right wing fail.

a reply to: Hoosierdaddy71

11% of sony's employees are american.
Sony does commerce on American soil.
One of Obama's main duties as president is to protect American commerce from things just like what's happening now.
I don't blame obama for anything but his inactivity on the subject.
You lefties need to stop protecting your chosen one.

Exactly! Screwing with American commerce and the American economy is considered a treasonous act, and now, with the Patriot act, it's also considered an act of terror.

I don't think a film like this should be made.

A fictional plot, ok cool... but it is a living person depicted... I just can't find an excuse for that.

I mean, if you were to put 'lets kill lil kim' on Twitface, you'd probably have your account closed and be be monitored at best, locked up at worse.

I mean a joke is a joke, but isn't this over stepping the mark a little?

...oh, and no, I'm not the over-sensitive type. People should have freedom of expression sure...

I'm just not comfortable with it being aimed at a living person.. whomever that is.. Isn't that why all major films have that disclaimer at the end?

The USG is cooking up a number of new "cybersecurity" acts/legislation.

originally posted by: Tardacus
They must have some really good dirt on sony, the next demand will be for money.

I am guessing this ^^ is the real reason they pulled the film, not because of real terror fears. Sony hiding its dirty laundry. It would be hilarious if they still released everything.

posted on Dec, 19 2014 @ 12:01 PM
link
Yeah, now that NK knows that they can get what they want what will they want next? A whole new barrel of monkeys has been opened up now. Sure seems to be a whole lot of negotiating with terrorists lately.

The biggest problem I see with approaching what's going on with that mindset is one that has been pointed out by lots of other folks:

Whenever we demand that the government "do something" to "make us safer" from something like this, we run the considerable risk of diminishing our own freedom.