for your viewing pleasure.

Well Hi Jed. You do realize that you have been here since 2010?

I finally got to welcome you. 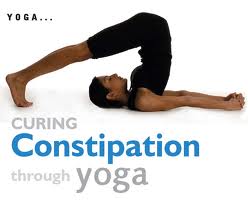 Hope you get relief soon. Show us a cartoon in Member Art :-)

Welcome aboard the Mothership ATS!

As a member of the ATS community allow me to direct you to this excellent resource for new members.

A mod may be by later with a more thorough introduction, in the meantime, enjoy the site and remember,

Take this as well:

May it serve you well in your many adventures to come!

I am wondering if there is any point in mentioning here at ATS my being a targeted individual (TI), part of the TI Program? I call it that because a person obviously from somewhere in the Intel world called it that in an online forum discussion - he probably wasn't supposed to. The TI Program is many hundreds, perhaps thousands, of people like me, who believe that they are heavily targeted by very sophisticated methods, for no good reason. eg. a couple of nights ago an EM beam that made all my teeth ache. These claims are mostly very difficult to substantiate. If we talk about it we can easily be portrayed as crazy. Perhaps i will go further at ATS Skunk Works and try out my theory as to why this TI Program and other covert attacks on civilians are happening, or maybe there is a better place.

Participating in any online forum is difficult for a TI. There are always infuriating Trolls that know what buttons to push, and the vulnerabilities to hackers of the the particular forum software have to be understood and negotiated. I have been here for a while now and have had no problems. The moment I started this topic with TI in the opening, things changed. The forums I favourited became unfavourited and one I have never been to became favourited 'Conspiracy Disasters'. This happened while I was logged in and many attempts to get it back the way I had it failed. Next thing that happens is a word is deleted from my reply in this topic. I am 99% sure I wrote 'I will put a cartoon into Member Art soon' not 'I put a cartoon...'. I have had this problem in other forums and at its worst posting does not work at all. That requires making a copy and continuing to try to make the post until the seeming hacker hopefully gives up. I am working on very well maintained State Library computers. Now when typing there there has started up an annoying time delay before it appears on the screen.

There is a way around this not being able to post problem, other than getting wealthy and donating the $'s for a super secure forum software. That is to say something that helps these Intel Perps I think they should be called. So i am putting words into Their mouth here: " the reason we cause so much strife in internet forums is that anonymity breads silly behaviors on the ground, that we then have to sort". If you read this intact, then I may have got it right.

Welcome to the club Jed