posted on Dec, 18 2014 @ 01:13 PM
link
While not technically an Earth aircraft project but still something that flies within an atmosphere. NASA is looking at ideas of how to create a permanent floating outpost in the upper atmosphere of Venus. A veritable cloud city, where experiments and research could be performed on Venus as well as allow humanity to gain experience in creating other settlements of this type on other planets. 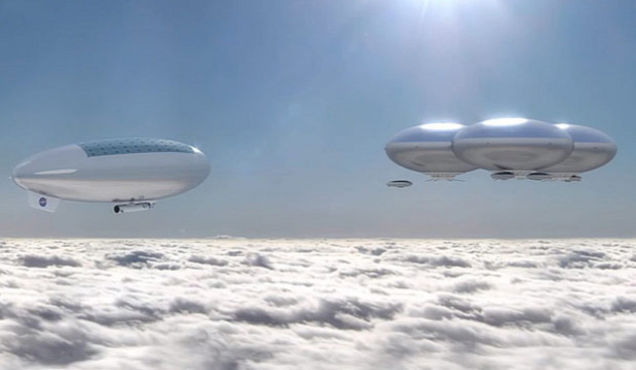 The trick, and probably the deal breaker, in this idea is to try and find funding for an ambitious plan such as this with NASA's sights set squarely on Mars missions. Venus however would be an easier and cheaper target to get to. Venus is aprox. 8 million miles closer to Earth at closest approach than Mars is an average.

...An idea I think Lando would get behind... 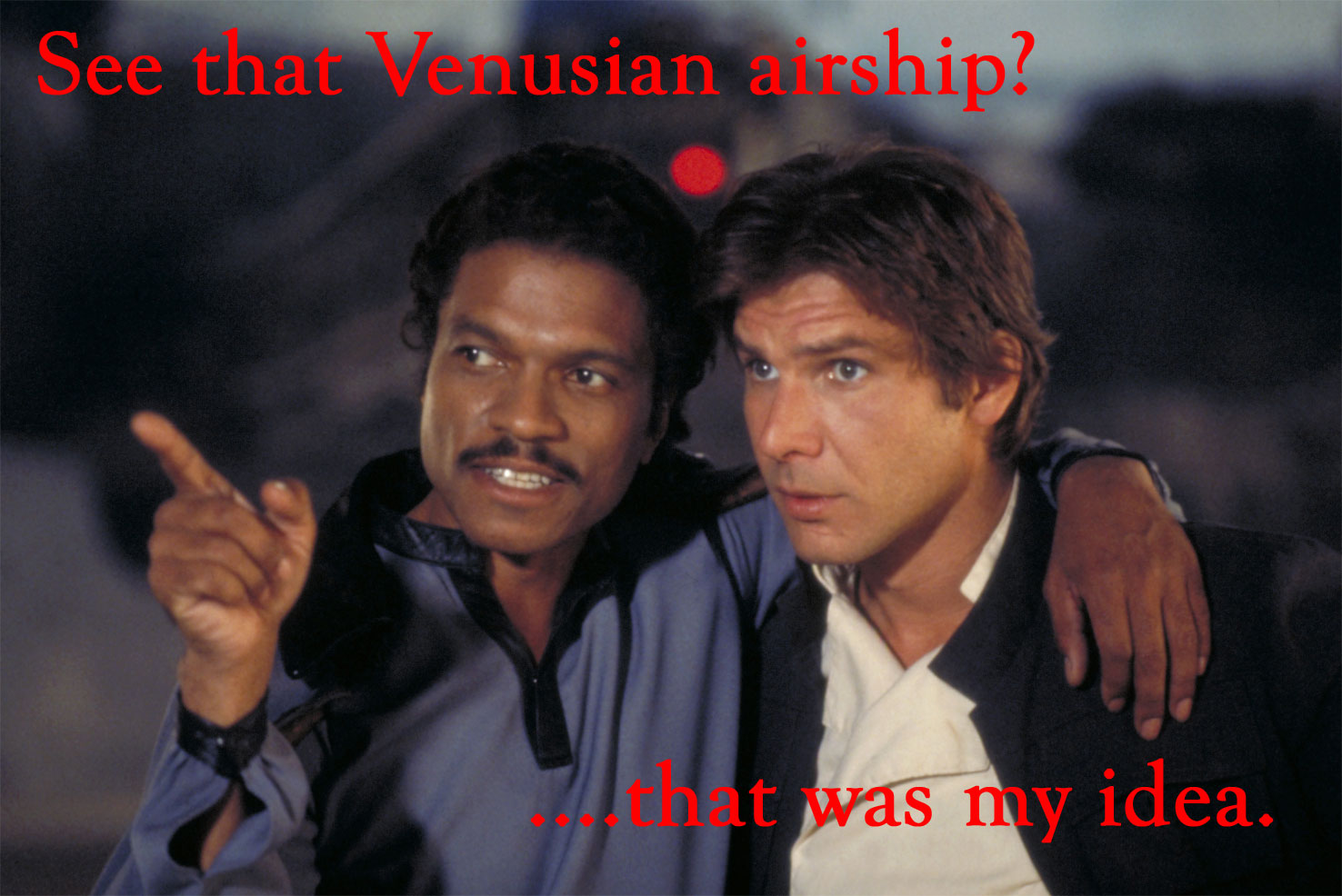 posted on Dec, 18 2014 @ 01:19 PM
link
The Delta-V required for a flight to Mars vs. Venus is actually pretty similar. Distance isn't as much of a factor as you might think when you're calculating orbital insertions and whatnot when it comes to cost.
edit on 18-12-2014 by ScientificRailgun because: grammar!

True.
I was thinking more along the lines of time spent in transit for the human occupants. Longer duration missions would require more supplies for the crew and more initial energy to get those supplies aloft.
edit on 18-12-2014 by Sammamishman because: (no reason given)

Very good point. I concede that! Though, we would need materials that could withstand the very corrosive atmosphere of Venus. I wonder if there has been research into that.

Hah. What an analogy.

You could also say they we're also like Venus in that we're beautiful to look at, but dangerous to approach!

What about shielding from solar storms?

Didn't the probes sent there get disintegrated rather rapidly from the caustic environment?

Disintegrated is a rough word, but we have had probes land on venus. I think the main problem was the intense atmospheric pressure causing components of the probes to fail, though the caustic particles and acids in the atmosphere likely played a role in that as well.

At the surface it is extremely hazardous. The concept here is for habitats that float above the hazards and high enough so the atmospheric pressure is manageable.

At the surface it is extremely hazardous. The concept here is for habitats that float above the hazards and high enough so the atmospheric pressure is manageable.

Above the planet wide cloud cover of acid? Is that possible, wouldn't all atmosphere everywhere there be caustic?

posted on Dec, 18 2014 @ 05:15 PM
link
Cool concept... up above the terrible pressure and most of the acidic elements... and if that allusion you referenced about alleged stable platforms in the atmosphere (the leak from Astr0 about the secret space force for those who haven't read that info) is true, then rather "easy."

And even IF that meme is erroneous, old-fashioned balloons would work, too!

Though if it all went down due to a meteor (*pop*) that would be a long time to think before the pressure imploded you... but what a way to go!

Yeah, it wouldn't be the most pleasant of rides. I image very similar to being trapped in a sinking submarine where the ocean happened to be made of acid.

...and yes that is what I was alluding to.

posted on Dec, 18 2014 @ 07:17 PM
link
Look, I wanted to flag this thread simply because it had Lando Calrissian in the title but my conscience made me read the whole thing first.

Very good point. I concede that! Though, we would need materials that could withstand the very corrosive atmosphere of Venus. I wonder if there has been research into that.


There has been some thought put into it. I read something about an apoxy 'paint' type cover being considered. I thought the atmosphere high up where they would be comfortable was only slightly corrosive however, not very corrosive.